On the streets of Bangalore the protesters gathered, residents standing defiantly alongside students and activists. Their placards bore slogans such as “standing for farmers is not sedition” and “when injustice becomes law, resistance becomes duty” and most held up a photo of a smiling young woman: 22-year-old Disha Ravi.

Ravi has been a familiar figure in Bangalore’s vibrant environmental circles for the past three years but over the weekend she became the face of the Indian government’s heavy-handed crackdown on dissent.

On Saturday, she was arrested at her home, which she shares with her mother in Bangalore, flown to Delhi, placed in the custody of Delhi police without a lawyer and charged with sedition and criminal conspiracy.

Ravi’s alleged crimes are related to a “toolkit” document connected to India’s ongoing farmer protests, which police say is evidence of a co-ordinated international conspiracy against India.

Since November, hundreds of thousands of farmers have been camped around Delhi, demanding that three new controversial farm laws are repealed over concerns their livelihoods will be left at the mercy of private corporations. Ravi, the granddaughter of farmers, had thrown her support passionately behind their cause.

She is no stranger to activism. In 2019, inspired by Swedish environmental activist Greta Thunberg, whose global climate protest movement Fridays For Future (FFF) saw millions of the world’s schoolchildren striking against the failure to tackle global warming, Ravi co-founded the India branch of the FFF network and began organising strikes across the country.

She had already felt the impacts of climate change on her life. The city house she lived in with her mother, who raised her as a single parent, would flood every time it rained, getting worse every year and her home city of Bangalore is due to run out of water in a matter of years. Her grandparents who were farmers had struggled with drought, crop failure and flooding as a result of global warming.

“My motivation to join climate activism came from seeing my grandparents, who are farmers, struggle with the effects of the climate crisis,” Ravi said in an interview in 2019. “At the time, I wasn’t aware that what they were experiencing was the climate crisis because climate education is non-existent where I’m from.”

Whether it was coordinating environmental strikes, taking part in lake clean-up operations, organising tree planting exercises or organising climate action workshops, Ravi was always there, and she was known for her deep knowledge of the issues. She was also the sole breadwinner of the family and juggled work at a company producing plant-based foods alongside her activism.

“Disha was known as incredibly hard-working, completely dedicated to environmental causes to the point where she would burn herself out because she was so deeply committed. I worried about her sometimes, that she sacrificed her well-being for her activism,” said a fellow Bangalore activist who asked to remain unnamed out of fear of the authorities.

In international press covering the global phenomenon of the FFF movement, it was Ravi who was regularly interviewed and was often highly critical of the policies of the government led by the prime minister, Narendra Modi.

“We are not just fighting for our future, we are fighting for our present,” she told the Guardian in 2020. “We, the people from the most affected are going to change the conversation in climate negotiations and lead a just recovery plan that benefits people and not the pockets of our government.”

Fridays for Future India was already on the radar of the Delhi police. In July 2020, after the group had launched an online campaign against a proposed law that would dilute environmental regulations, the group’s website was temporarily taken down by the Delhi police cyber crime unit.

Since September, drawn in by her personal family connection, Ravi has thrown her passion behind the cause of India’s farmers. Some fellow environmental activists said they had warned her against it. Standing up for the farmers risked attracting unwanted attention from the authorities and government, who in recent weeks had taken an increasingly draconian approach to those who participated, spoke for or even reported on the protests.

Charges of sedition had already been levelled at journalists, activists and politicians and police had put up concrete barricades, barbed wire and spikes around the farmer protest camps. Farmers accused of inciting violence at a march had been charged under terrorism laws and denied bail for six months.

The trouble for Ravi emerged over the toolkit document, which was tweeted by environmentalist Thunberg as part of her message that she “stood with the farmers”. The google doc was a compilation of information, hashtags, suggested actions, ideas and contacts for those who wanted to help support the farmers – a common tool of organised protest movements.

Thunberg’s tweet outraged many in India who saw it as outside interference, as effigies of her face were burned by protestors. The police then seized upon thee document shared by Thunberg’s as proof that there was a coordinated conspiracy “to wage economic, social, cultural and regional war against India”. Police accused Ravi and two others of conspiring with terrorist organisations to create the document and encouraging Thunberg to tweet it to her millions of followers.

Ravi told the court on Sunday she had only edited two lines of the toolkit, which she said had no seditious motive behind it. “I was just supporting the farmers. I supported the farmers because they are our future and we all need to eat,” she said, breaking down in the courtroom before she was remanded in custody for five days.

In the wake of her arrest, a ripple of fear ran through environmental circles. Fellow activists were too afraid to speak to the media and many WhatsApp groups used for organising went silent.

Ravi’s arrest also caused an eruption of outrage. Former environment minister Jairan Ramesh called her detention “completely atrocious” and “unwarranted harassment and intimidation” while a joint statement of more than 50 academics, artists and activists described the actions of Delhi police as “illegal in nature” and an “over-reaction of the state”.

On Tuesday, the Delhi Commission for Women, a government body, sent a notice to the Delhi Police demanding further information on Ravi’s case. Former finance minister P Chidambaram was equally scathing. ““India is becoming the theatre of the absurd,” he said. 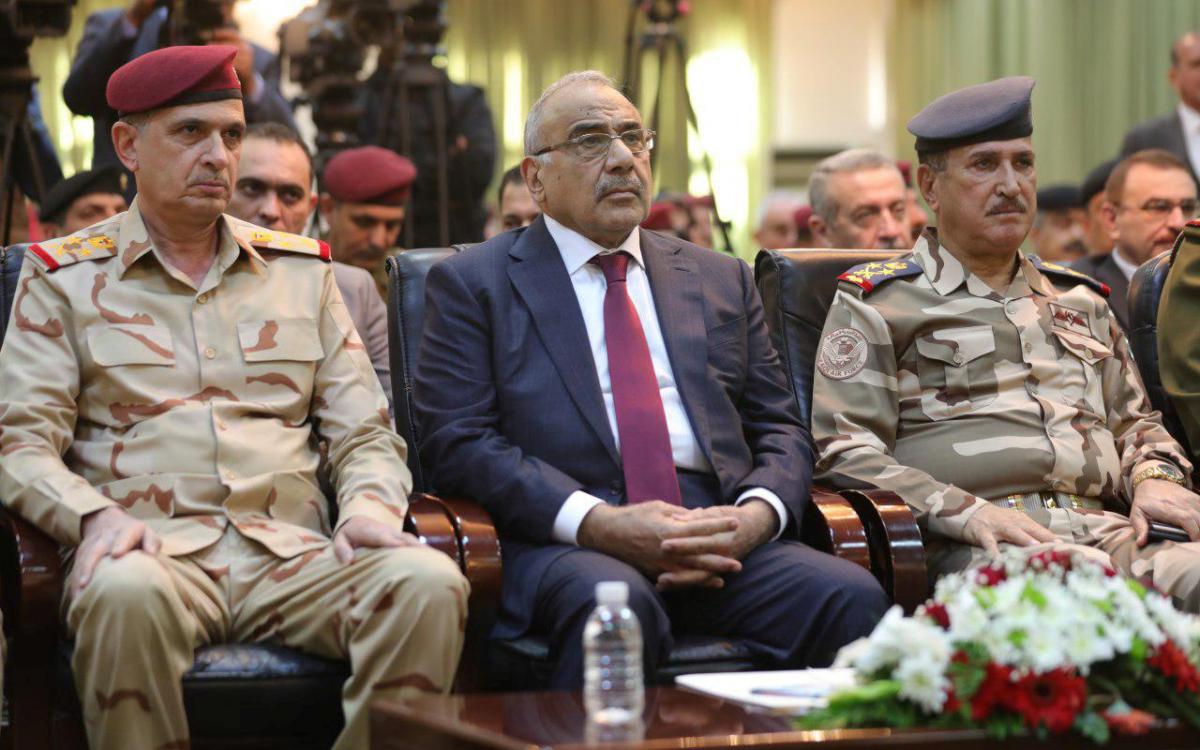 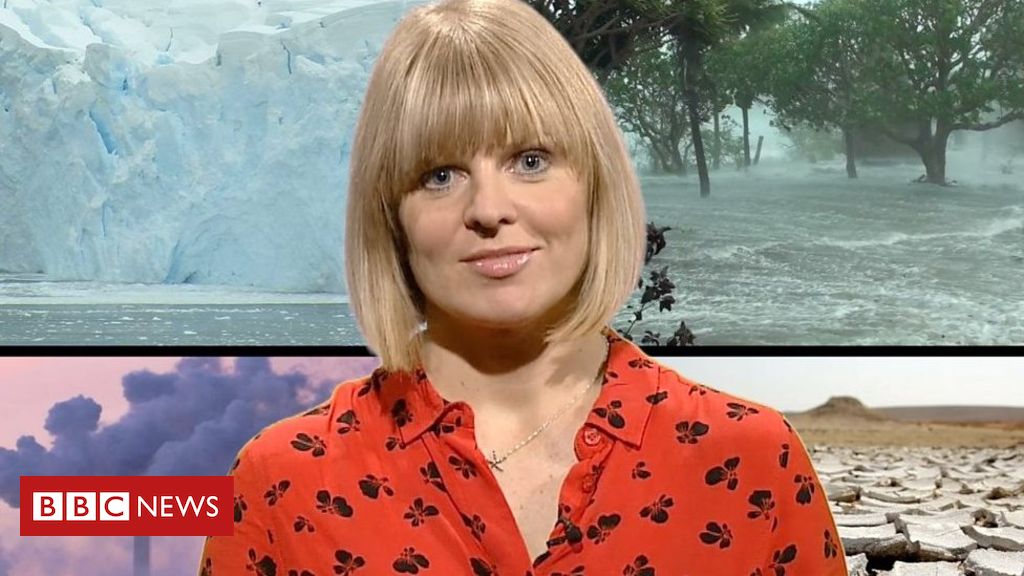 The Global Commission on Adaptation – a group of 34 leaders in politics, business and science say the world urgently needs to […]

MOSCOW (Reuters) – A Russian firm accused of meddling in the 2016 U.S. presidential election said on Tuesday it planned to file […] 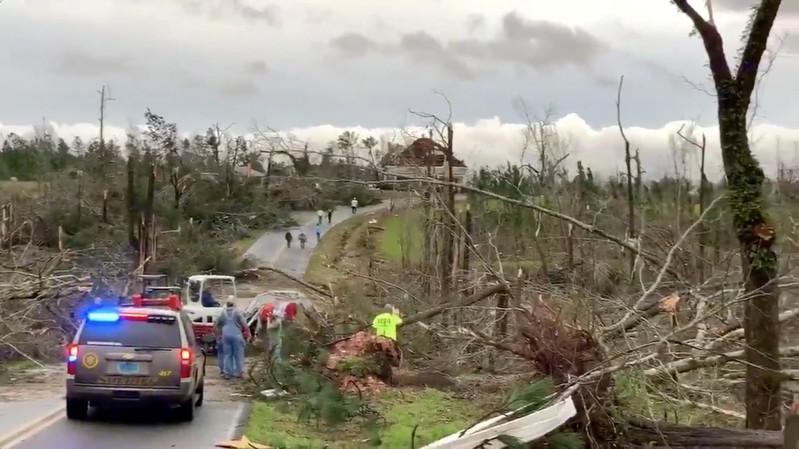 BEAUREGARD, Ala. (Reuters) – Rescuers in Alabama on Monday dug through the remnants of homes and businesses destroyed by a pair of […]