Happy Valentine’s Day. At midday local time on Sunday Bayern Munich put out a statement confirming that, as suspected, they would sign Dayot Upamecano on a five-year contract starting on 1 July. It was not a surprise, but it was a reminder to RB Leipzig of the natural order of things – that for all the progress they have made since promotion in 2016, and even for the fact that they are emerging as the perennial champions’ closest challengers this season, there is still a significant gap. A gap which, they must ponder, will be hard to ever bridge.

It has been suggested that the displacement of Tuesday’s Champions League tie with Liverpool to Budapest is “a little escape from everyday life” – as DPA’s Tom Bachmann put it – for Julian Nagelsmann, after his team did the necessary in polishing off Augsburg on Friday and at least temporarily trimming Bayern’s lead at the top to four points (though Hansi Flick’s side host lowly Arminia Bielefeld on Monday). There is comfort in believing that the 800km journey to the Hungarian capital is an opportunity to clear minds and move on from the confirmation that one of the team’s cornerstones is on his way.

The timing is not great, though. The announcement of Upamecano’s transfer is not exactly the Mario Götze transfer leaking two days before a Champions League semi-final with Real Madrid, but it’s far from ideal. Ostensibly it’s fine; Leipzig knew when they signed the France centre-back to a new deal last July that he wouldn’t stay until its 2023 expiry date, and that he would take advantage of the €42.5m release clause active from summer 2021.

They got a year more out of him and at least partly protected their profit on a high-value asset with a contract that was running down. CEO Oliver Mintzlaff and sporting director Markus Krösche have the succession locked down too. Croatian teenager Josko Gvardiol was signed last summer from Dinamo Zagreb and loaned straight back to them, and Strasbourg’s Mohamed Simakan is expected to follow shortly – and with the latter, the club’s huge success in prospecting for defensive talents in France in the past bodes well.

Yet in a week when Leipzig lock horns with the English champions and the 2019 Champions League winners – and Nagelsmann has been at pains to point out that it’s not just a vehicle for a battle between him and Jürgen Klopp – it recalls that they’re not quite at the top table yet. “You’ll have to ask Bayern,” Nagelsmann told Kicker TV after the Augsburg game when questioned about Upamecano going to Bayern, giving the strong impression that rather than not being able to know, he simply didn’t want to know about the move.

That Leipzig are not yet part of the elite may not be news but it matters in a Champions League context. The ending of last season’s unexpected adventure to the semi-finals of the competition was a strangely deflating one, as Leipzig were swept away by Paris Saint-Germain; not simply by their quality, but by the French champions’ better mastery of the occasion, and of their nerves. As wise beyond their European years as Nagelsmann and his players had looked in the double-header with Tottenham in the last 16, which they judged to perfection, and in the Lisbon quarter-final with Atlético Madrid, in which the coach outthought Diego Simeone, they looked meek and cowed against PSG, a rabbit in Champions League headlights.

The solution to that is an obvious one – supplement the younger, developing players with experience. The model employed by the club, however, is never going to allow that. The experience that Nagelsmann does have in his team is via long-serving players who have developed into seniors by default – Marcel Sabitzer, Emil Forsberg, who has found his best form in a few years this season (“he needed to get to know me and I needed to get to know him,” Nagelsmann told Kicker) and former Liverpool goalkeeper Peter Gulacsi, who will face his old team in his home city this week.

It’s natural to wonder, then, if there is a ceiling, particularly in the wake of Timo Werner’s departure and no straight replacement, with Nagelsmann giving a pre-season pep talk on how Sabitzer, Forsberg, Dani Olmo and company would have to chip in the goals to fill the void (Olmo and PSG academy graduate Christopher Nkunku were both on the mark against Augsburg). It would be a surprise if such thoughts had not entered the mind of the fiercely ambitious Nagelsmann.

That doesn’t mean Leipzig are not capable of posing Liverpool big problems, independent of Klopp and company’s own present difficulties. They can switch off, as they did in the closing quarter of their eventual thrashing at Manchester United in the groups, and the opening stanza of the following game against PSG (the usually excellent Upamecano was poor in both games). Yet their powers of recovery, shown in the later stages of the latter match, against Basaksehir when they won at the last and in the return against United, are impressive. There are legitimate questions of how far Leipzig and their plan can go, but Spurs could tell Liverpool just how painful underestimating their capabilities at this stage can be.

• It was another tough weekend for Borussia Dortmund, who needed a late Erling Haaland equaliser to get a home draw with Hoffenheim and now lie six points adrift of a Champions League spot in the worst possible year – financially – to miss it. It was a chaotic performance from a side that need calm to get back on track ahead of a Champions League trip to Sevilla and the Revierderby with Schalke on Saturday. With Edin Terzic struggling, the clamour for advisor and former player and coach Matthias Sammer to help out is growing, though he is reluctant.

• There’s no stopping André Silva, who opened the scoring for Eintracht Frankfurt against a stubborn Köln to guide his side to another win and into third place – the Portuguese striker’s 18th Bundesliga goal of the season and his ninth in seven games. Adi Hütter’s side will have most fans in Germany cheering them on next Saturday when they welcome Bayern to town. “We are in very good shape at the moment,” veteran midfielder Makoto Hasebe said after the game. “We can beat Bayern too.”

• Wolfsburg and Borussia Mönchengladbach played out an unlikely goalless draw in Sunday’s big game, keeping the home side in the top four and the visitors, licking their wounds after their Rhine derby defeat last week, just about in touch. “It was a passionate performance from my team and we defended very well,” said Marco Rose, who continues to be linked with Dortmund.

• Another weekend, and another 17-year-old impresses, with Luca Netz scoring a debut first-team goal late on to bag Hertha a vital point at Stuttgart and to surpass Kevin-Prince Boateng as the club’s youngest scorer. “We have a plan with him,” sporting director Arne Friedrich told Sport1. “I’m very, very optimistic that we will have a lot of fun with Luca for a long time to come.” 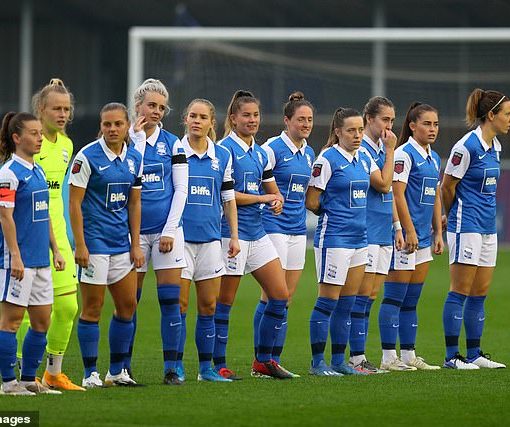 Peter Beaumont has been hailed as among of the last of his kind, following the Gold Cup-winning trainer’s death on Monday morning […]