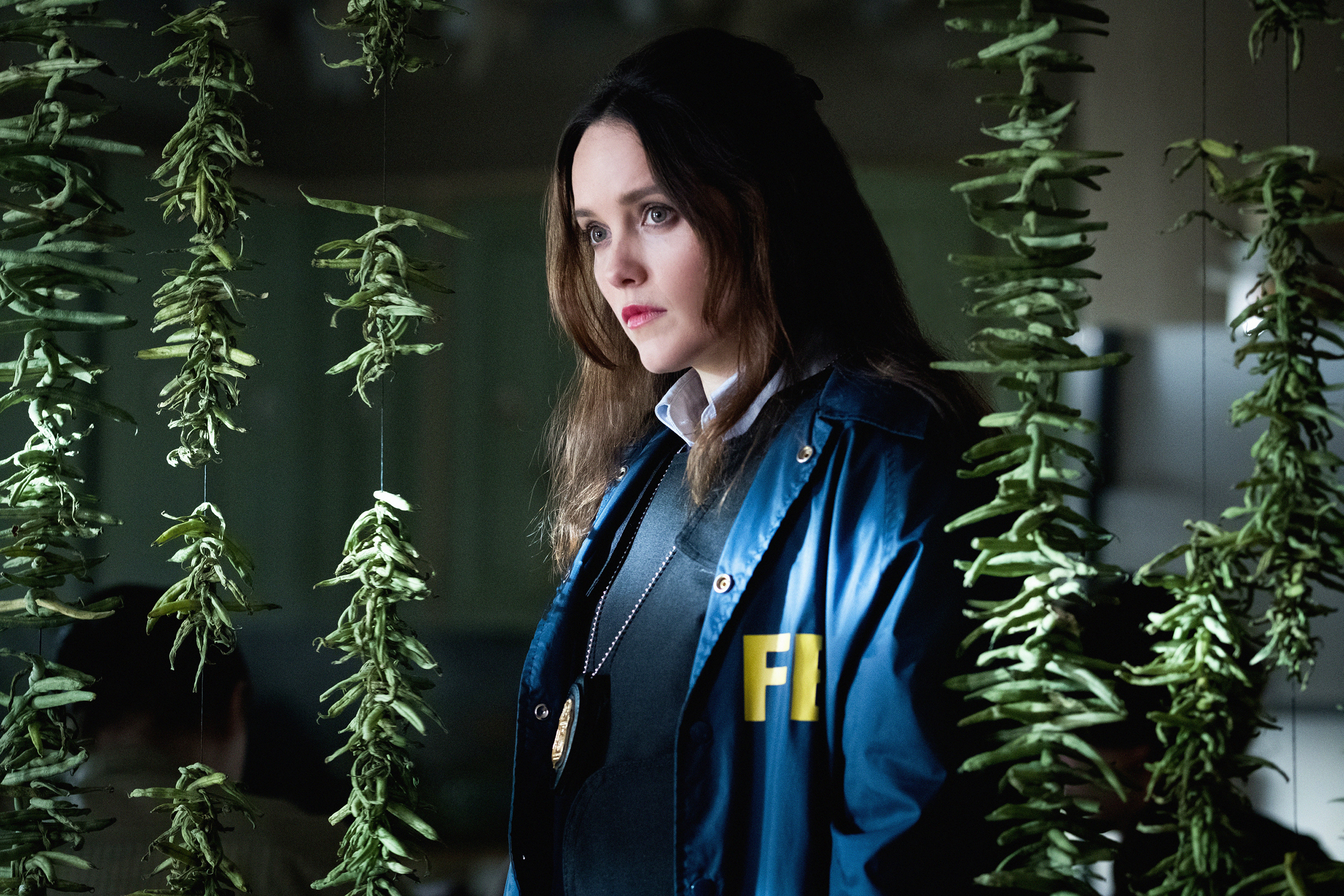 Last weekend may have been Super Bowl Sunday, but CBS spent much of the evening reminding viewers that streaming is the next big thing. Football fans were treated to seemingly endless ads for Paramount+, the upcoming rebrand of CBS All Access, as well as a series of commercials touting CBS’ latest big broadcast bet, “Clarice.”

“Clarice” isn’t a bad choice for the channel that brought America the megahit “Criminal Minds.” But it struggles to distinguish itself from previous adaptations.

In an overcrowded TV landscape, the more recognizable the offerings the better. With this in mind, the network has adapted one of the best-known procedural stories of all time, “The Silence of the Lambs,” in a bid for old-school episodic gold. Named for the movie’s female protagonist, “Clarice” isn’t a bad choice for the channel that brought America the megahit “Criminal Minds.” But it struggles to distinguish itself from previous (and arguably stronger) adaptations of the novels written by Thomas Harris in the 1980s.

It’s been a full 30 years since “The Silence of the Lambs” was released in 1991. The film is considered one of the all-time genre greats, transcending its procedural trappings and sweeping the Academy Awards in the process. Based on the 1988 novel of the same name, it introduced the world to Clarice Starling, a young would-be FBI agent pulled out of training to help track a serial killer known as Buffalo Bill, who skins his female victims. But the movie’s heart is Clarice’s relationship with Harris’ most famous character, the forensic psychiatrist-turned-cannibalistic serial killer Hannibal Lecter, who previously met Bill via a patient.

“Clarice” picks up a year after the events of the film, its titular character (Rebecca Breeds) now the FBI’s most recognizable celebrity agent — as well as one of its youngest and most traumatized. This timing makes the show a 1990s-era period piece (1993, to be precise), and technology is rewound to the pre-broadband era. This is a storytelling boon, removing cellphones and the internet and forcing the characters to do the type of old-school legwork that makes these series so satisfying. The period-piece setting also allows the show to confront issues like sexism and unenlightened attitudes toward mental health from a comfortable distance. (Notably, the show simply removes elements of the original film that have not aged well, specifically the transphobic trappings of Buffalo Bill’s behavior.)

But there’s a downside to this close connection between film and TV show: The latter isn’t given a lot of room to breathe on its own. Clarice’s big break, for example, comes when Attorney General Ruth Martin (Jayne Atkinson) reassigns her. Fans of the film will remember Martin as the senator whose daughter was kidnapped by Bill, sending his manhunt into overdrive. (Her daughter Catherine, played by Marnee Carpenter, is also a recurring character in the new series, as is Bill’s former puppy, Precious.) Clarice’s new unit is run by Paul Krendler (Michael Cudlitz), the egotistic jerk who foolishly tried to take Clarice off the Buffalo Bill case in the film.

But the biggest elephant in the room is Hannibal Lecter himself. The rights to “The Silence of the Lambs” and all the characters introduced in it are owned by MGM. The rights to Hannibal Lecter and “Red Dragon,” the novel in which he was introduced, are owned by a completely different company. This means the show, which lives and breathes in Lecter’s overwhelming shadow, can never say his name. The series tries to make this work by having Clarice insist at every turn that she wants to put her past (aka Lecter) behind her. But audiences may not be satisfied by that feint.

Lecter’s ghost is made even larger by the fact that he’s already had his own show. “Clarice” is the second time someone has recently tried to bring Harris’ characters to the small screen. “Hannibal,” the cult classic that ran three seasons on NBC early last decade, took the story in a science fiction-style direction, leaning into psychologically strange and overwhelming visuals and creating something wholly unlike anything else on TV.

Ultimately the moments that try to connect “Clarice” to both the original films and the “Hannibal” TV spinoff detract more than they add.

“Clarice” has little interest in that path; it is far more concerned with being “NCIS: Silence of the Lambs.” There’s nothing wrong with that, though it does feel staid for those who have seen both TV versions. And there are moments when the show seems to be trying to channel its wilder predecessor. Clarice’s PTSD episodes feel like something borrowed from the “Hannibal” cutting room floor. But ultimately the moments that try to connect “Clarice” to both the original films and the “Hannibal” TV spinoff detract more than they add, as the earlier adaptations don’t make much sense in a crime procedural format.

The hardest part for “Clarice,” though, is that it is on broadcast TV. Series creator Alex Kurtzman acknowledged in interviews that the show was originally conceived for streaming — most likely for CBS All Access/Paramount+ — which is where he has already built an entire “Star Trek” revival empire. “Clarice” seems to promise a similar serialized arc, formed from a set of episodic stories. But at least during the first few episodes, commitment to that arc feels wildly uneven, with characters sent hither and yon with little connective narrative tissue. One assumes these episodes will eventually come together in a hunt for a serial killer. (If you’re doing “The Silence of the Lambs,” what else would it be?) But the balance between these two methods of storytelling currently feels off.

That inability to find a good balance is a shame, because “Clarice” clearly aims to be more than the sum of its disparate parts. The story of a young woman struggling for respect in the workplace while dealing with her own issues is deeply relevant, especially as a new generation prepares to enter the post-pandemic workforce. But that underbaked idea is lost in a hodgepodge of film references and TV Easter eggs. The silence may be over, as the show’s tagline says, but that doesn’t mean “Clarice” knows what it wants to say. 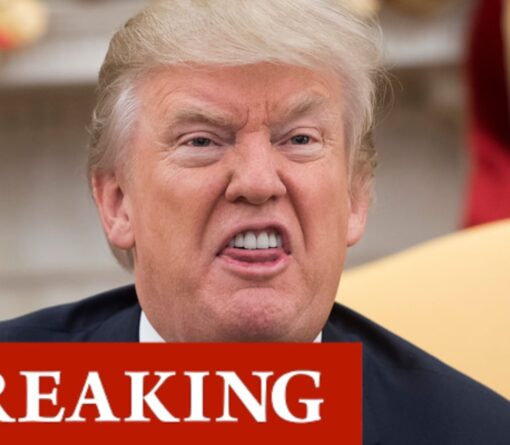 In reference to the withdrawal from Afghanistan, Mr Trump said: “I want every nut, every bolt, every screw. “We’re taking everything. We’re […] 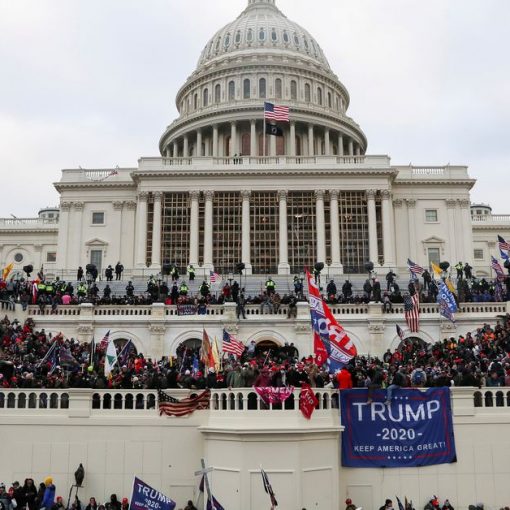 WASHINGTON, July 29 (Reuters) – The U.S. Justice Department’s refusal to defend a Republican congressman accused in a civil lawsuit of helping […]