Eddie Jones urged Ollie Lawrence to be patient and persistent in the quest for more Test caps, after ditching Worcester’s rookie centre from his matchday 23.

When the England head coach named his line-up to face Italy after a shattering Calcutta Cup defeat by Scotland, the main talking point was the 21-year-old, who was the casualty of a midfield reshuffle.

Lawrence was harshly demoted from the starting XV to a place in the non-playing fringe of the squad, despite precious little opportunity to demonstrate his abundant talent last weekend. 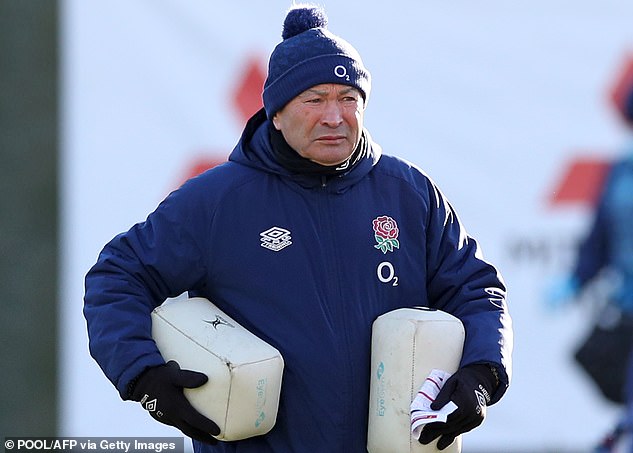 He received just one pass in the Six Nations opener at Twickenham, before making way for George Ford, who has been restored to the No 10 shirt against the Azzurri.

Instead of using a home-banker to build Lawrence’s confidence, Jones has jettisoned him and redeployed Owen Farrell, rather than heeding calls to drop the skipper. It is a brutal turn of events for Lawrence and only time will tell if he has the mental resilience to not allow it to derail him.

Jones tried to offer words of comfort after ruthlessly wielding his selector’s axe, saying: ‘He’s a young guy and this is all part of learning his trade. He is going to be a great player for us. We want him to be a 50-cap player.’

Asked if Lawrence could cope with this setback, he added: ‘Every young player is in a hurry, with the internet and the way life is now, but there are some times when you don’t get exactly what you want at that particular time. 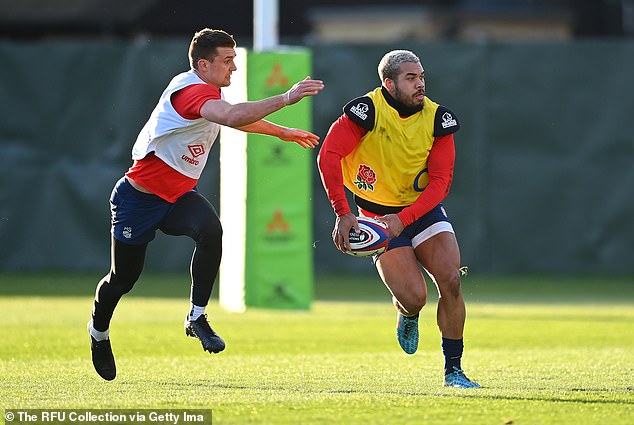 ‘He understands there are areas of his game that he needs to improve. His ability to go away and work on that will be the test of his resilience.’ Jones was bullish on Thursday, with an upbeat message that England are ‘on the front foot’ again. He insisted morale in the locked-down camp was holding up well in the circumstances.

‘This week, because we’ve had a loss and the team have been criticised from North to South Pole, the mood is not as upbeat,’ he said. ‘So you’ve got to work a bit harder to get everyone thinking in a positive way. We’ve done that.’

A recurring theme in the last few days — and back in the autumn — is a perceived waste of talent in the wide areas, as the team’s top runners are not being unleashed to wreak havoc. 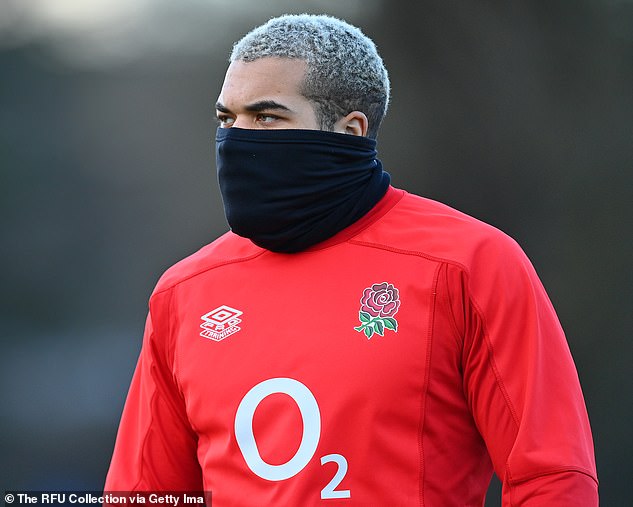 This was raised with Jones again and he acknowledged that it is a priority. ‘Everyone likes to have the ball,’ he said.

‘Everyone who starts rugby at the age of five wants the ball. You don’t go down to rugby to hit tackle shields and clean out. Are they frustrated? They would like to have more quality ball and more opportunities and we’d like to create that for them.

‘When you’re playing well, your wingers score most of your tries because the space is being created on the inside. At the moment, we’re not doing that.’

Anthony Watson is in that category, as a predatory wing hoping to have more chances to run amok and score tries. The same applies to the rest of the back-three unit, Elliot Daly and Jonny May, along with outside centre Henry Slade. 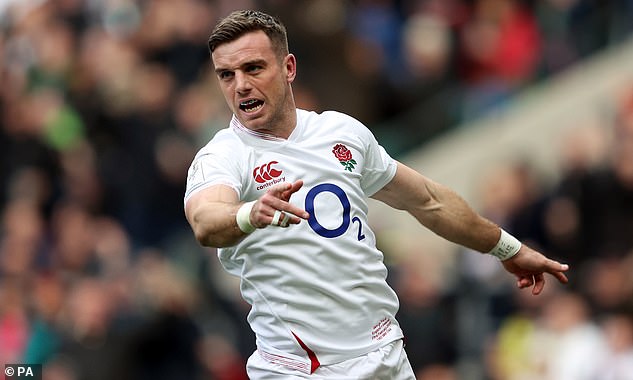 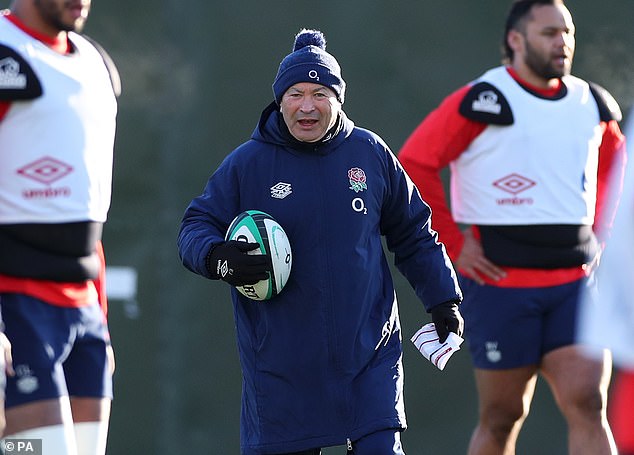 These are lethal attackers when released in space, but Watson admitted there is an onus on them to play their part in earning precious openings.

‘I take individual responsibility for not communicating as well as I can, or not looking for the ball as much as I can do,’ he said.

‘That’s the first place I would look before I said anything about the gameplan or how much we are kicking.

‘Sometimes, the best option might be kicking in behind and chasing well. With Jonny and Elliot, you’ve got two guys who are quick and can put pressure on, force a bad kick and that’s when our counter-attack is most lethal.’

While Watson and Co have been living off attacking rations, he was at pains to reassure fans they have not lost their have-a-go instincts, adding: ‘If it is there for us to run, I can guarantee you that we will be running the ball.’ 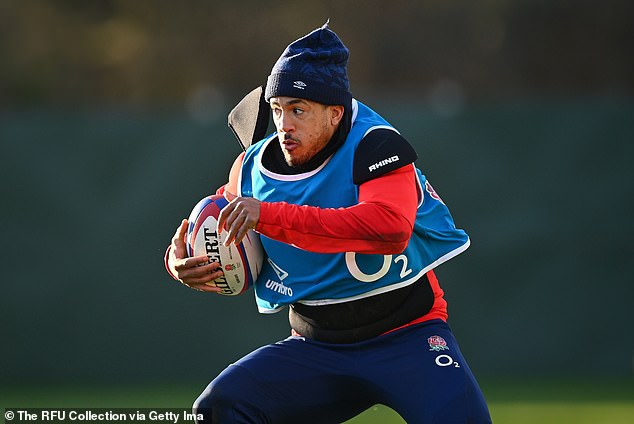 Jones opted to change his front row en masse, with senior props Mako Vunipola and Kyle Sinckler picked to start, while Luke Cowan-Dickie was named at hooker ahead of Jamie George. Courtney Lawes was selected at blindside flanker in place of Newcastle’s Mark Wilson, who is out of the 23.

lBath centre Jonathan Joseph has been banned for two games for breaching Covid guidelines by mixing with players from other households, the night after being omitted from England’s Six Nations squad.

Less than a week after becoming the first Kangaroo to score five tries in a Test, Valentine Holmes broke his record with […] 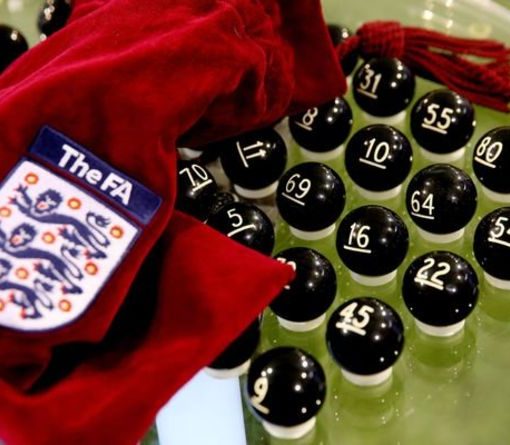 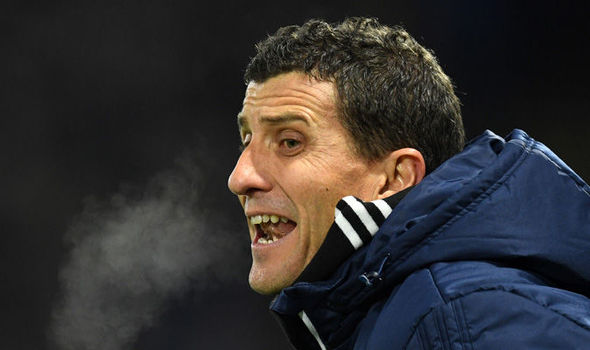 GETTY Javi Gracia’s spent the 2016/17 season at Rubin Kazan Appropriately, it was a balmy afternoon at the training ground with the […] 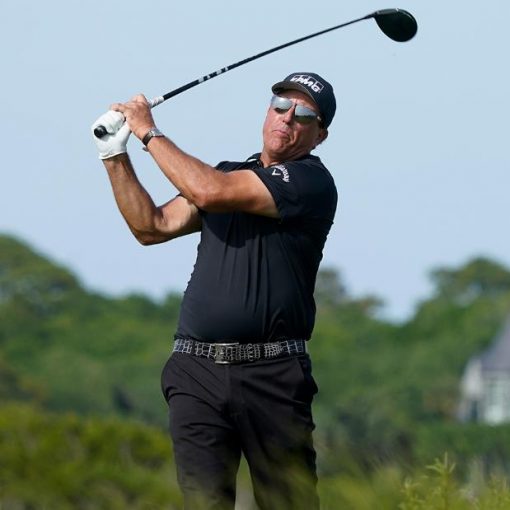