Russian police have detained a convicted sex killer who is suspected of strangling his lover’s 13-year-old daughter.

Nikita Silnov started a relationship with his prison officer, Ekaterina Sholokhova, who believed she could tame the man who was being released from an 11-year sentence for a sexually motivated murder.

The 33-year-old ex-convict had gone on the run amid suspicions that he had raped and murdered his girlfriend’s child before he was arrested in Tver region near Moscow on Wednesday. 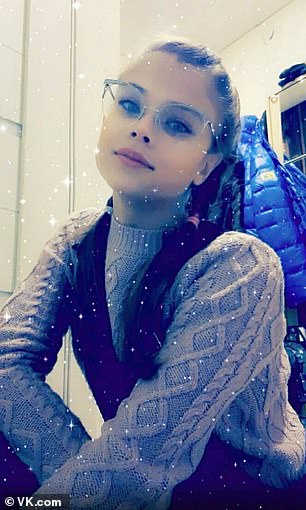 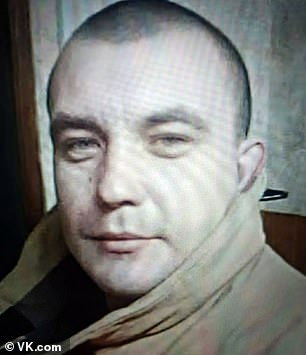 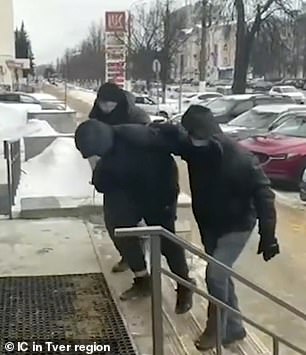 Footage shows Silnov, who was on Russia’s federal wanted list, arriving at a police station following a major manhunt.

He was detained for allegedly raping the schoolgirl, Viktoria Kravtsova, before using a scarf to kill her.

The man had been released from jail in 2019 after securing early release from a 15-year sentence for killing a woman and attempted killing of a child, said reports.

He served 11 years and then moved in with Ekaterina, the 40-year-old prison service ensign who he had met during his sentence.

The guard was fired for her relationship which began behind bars while he was still a prisoner.

The incident occurred when Ekaterina was in hospital after a miscarriage and left her daughter home alone with her convicted sex killer boyfriend.

She received a call from Viktoria who told her mother that she was taking the dog for a walk. But the girl did not answer messages afterwards. 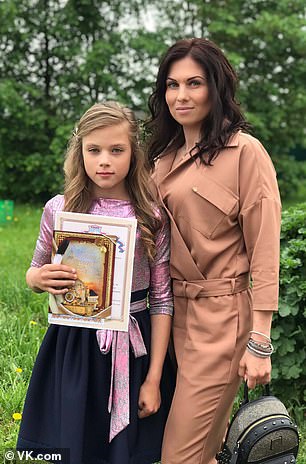 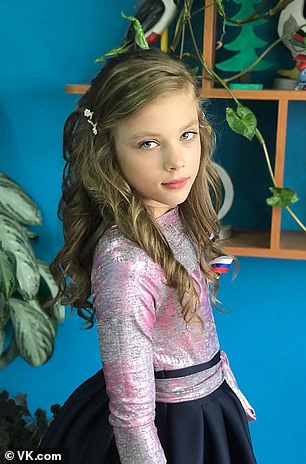 Ekaterina Sholokhova, a Russian mother (pictured left with her daughter) who believed she could tame her convicted sex killer boyfriend was left devastated after the man allegedly murdered her young daughter, Viktoria Kravtsova (pictured left and right) 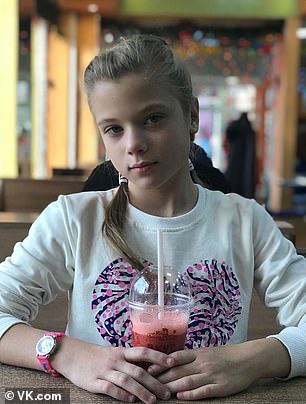 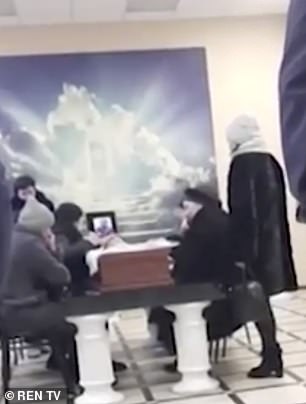 Viktoria Kravtsova (pictured left), 13, was found dead in her home in Tver, Russia. A funeral for the schoolgirl was held on Tuesday. The right picture shows family mourning at the funeral

She then asked the emergency services to check her flat. When officers broke into the woman’s home, they found the schoolgirl’s body.

The ex-convict had vanished, along with Ekaterina’s laptop, credit cards and fur coat.

Russian police launched a manhunt for Silnov while a funeral for the young girl was held on Tuesday. He was arrested today.

A friend said that the grieving mother – who also has a daughter, 20 – is in denial over her daughter’s death.

She ‘still does not believe that Nikita killed the girl’, reported Moskovsky Komsomolets.

‘She has always said that Nikita loved her and her children,’ said the friend. 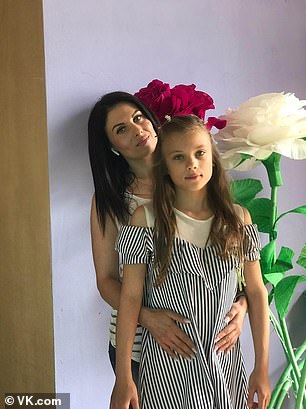 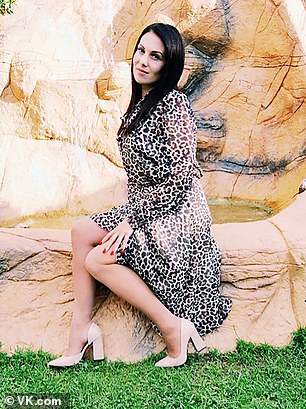 Ekaterina Sholokhova (pictured above and with her daughter Viktoria), a prison officer, started a relationship with Nikita Silnov on his release from an 11-year sentence in her jail 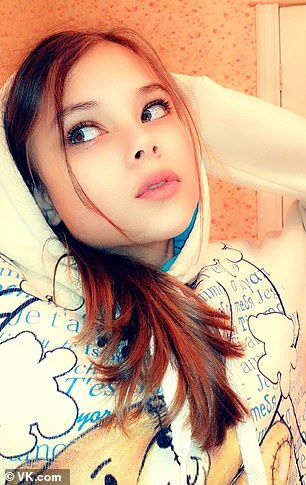 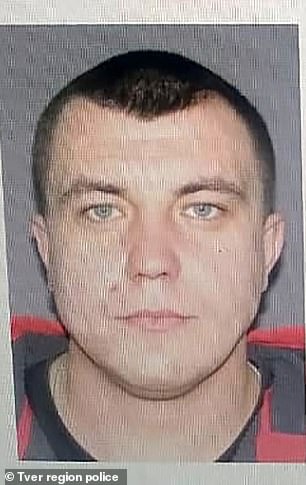 Russian police are investigating whether Viktoria (pictured left) was raped before she was killed with a scarf. Her mother’s boyfriend, Silnov (right), is suspected of murdering the girl

Another friend, called Olga, said she ‘trusted’ the man who ‘did not even raise his voice’ to her teenage daughter.

But reports also say that when Ekaterina lost Silnov’s baby soon after birth, he reacted badly.

Neighbours heard him tell her in the yard of their block: ‘If my child did not live, nor will yours.’

She was in hospital after a subsequent miscarriage in the 19th week of pregnancy when her daughter was strangled.

Locals also said that while he was ‘polite and courteous’, this changed when he drank.

And Viktoria’s friends say that she did not speak about her new ‘stepfather’ and may have been afraid of him.

When her mother was in hospital, she went to live with her grandparents, but came to the family home to walk the dog before being killed.

Police have not commented on suspicions that the girl was raped. 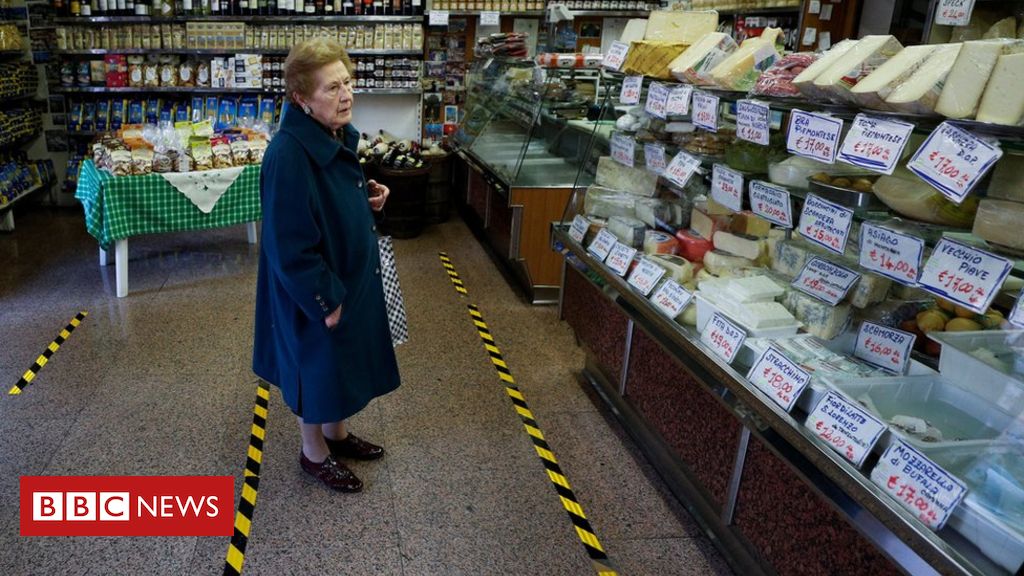 It is the first day of a complete lockdown in Italy, with some 60 million Italians told to stay at home in […] 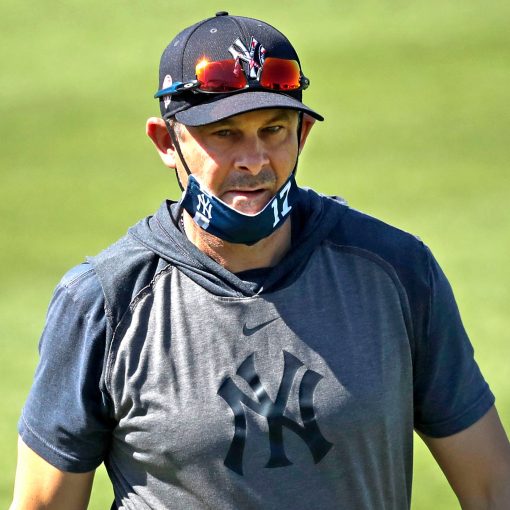 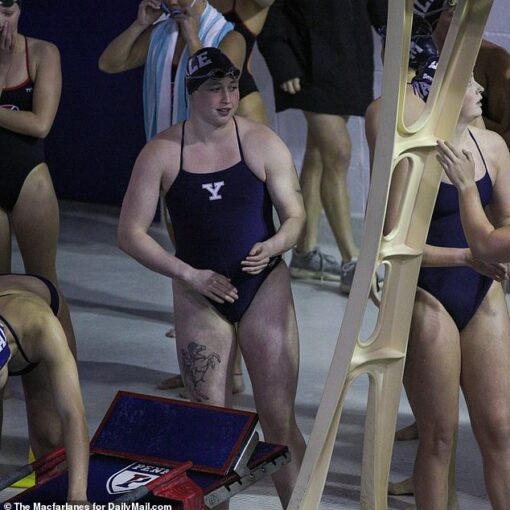 Lucy Bronze became the first British player to win one of the top two awards at Fifa’s annual ceremony, as the Manchester […]