Unity, unity and more unity — that’s what Joe Biden said he wanted and would deliver. Now he gets a great chance to prove it.

All he has to do is say yes to the 10 Republican senators who came to the White House bearing gifts.

By offering to work with the president on a new, slimmed-down COVID-stimulus package, the visitors simultaneously created a pathway for a 60-vote bipartisan deal and an incentive for Biden to push back against Democrats who want one-party rule.

The gifts are real, however, only if the president accepts them. So far, his response has been predictably muddled.

Press secretary Jen Psaki said her boss wants bipartisanship but is also ready to use a maneuver known as reconciliation that requires only 51 votes, all from Dems.

Even presidents can’t have it both ways. Sooner or later, Biden’s got to make a choice.

If he is sincere about wanting to try to unite the nation, there’s only one option. Take the GOP gifts, Joe.

And make it clear to the public why you are doing it, even if it infuriates some in your own party, including Majority Leader Chuck Schumer.

That’s not to suggest Biden has to accept all the GOP’s terms. Rather, he should simply signal to Schumer that he wants to negotiate a package that will get at least 10 GOP votes in the Senate, and also some in the House.

At this stage, the details are less important than the principle. Although there is a huge gap between the Dems’ $1.9 trillion plan and the $618 billion the GOP is offering, most economists believe jobs and growth already are poised to surge in the second half of the year after the COVID vaccine becomes widespread and businesses and schools fully reopen.

Surprisingly, the Congressional Budget Office said it expects the nation’s GDP to reach the pre-pandemic level within six months and that the unemployment rate would fall from 6.8 percent to 5.3 percent by December.

The agency credited the $900 billion relief bill Washington passed in December with boosting growth by 1.5 percent, illustrating that there isn’t justification for the $1.9 trillion whopper most Dems favor now.

If the growth projections are even close to accurate, the coming boom would go a long way toward filling empty coffers in households and state capitals. And it would do so without Washington giving away more borrowed money that won’t yield any discernible ­benefit.

For Biden, a deal with the GOP would provide enormous benefits to his presidency that transcend the economy. He will have shown he meant what he said during the campaign and his inauguration about working for all Americans, including those who voted for ­Donald Trump.

Partnering with the GOP would create a broad sense of national goodwill at a time when most Americans are frightened by the overheated and increasingly violent polarization. Moreover, one deal with the GOP would likely lead to others.

The impact could be dramatic. In the early days of his administration, before everyone starts drawing battle lines around the 2022 midterms, Biden would have branded his administration as successful in bridging the left-right chasm.

The alternative is actually worse than the status quo. The Dems’ ascendant far left wants to use its power for more than just radical programs and policies. It wants all-out war with the GOP.

It is the far left, for instance, that calls Republicans traitors and ­Nazis and wants them thrown out of Congress and silenced in the media and tech platforms. It is the far left that is leading the charge against the First Amendment and waging culture wars that leave no room for common sense on everything from fossil fuels to race to transgender rights.

Increasingly, it’s getting harder to tell the left from the far left. Schumer clearly wants to poison the GOP effort on the COVID relief bill, saying Tuesday, “we are not going to dilute, dither or delay because the needs of the American people are just too great.”

That’s an odd approach for someone who spent the last four years resisting Trump and spending more time on impeaching the president than negotiating with him. Now he won’t even negotiate with Trump gone and a Democrat in the White House.

Schumer used to proudly describe himself as a centrist and moderate. Whatever the reasons for his hard-left lurch, it’s certain that one of them is the possibility that Rep. Alexandria Ocasio-Cortez will mount a primary campaign against him next year. It’s hard to go further left than she is, but Schumer is trying.

To be sure, Biden himself also has been a disappointment coming out of the gate. His scores of far-reaching executive orders and directives on big-ticket items contradict his appeals for unity and read as if Sen. Bernie Sanders wrote them.

Killing thousands of jobs with the stroke of a pen before your policies created a single one is the same approach that fueled middle-America’s anger at Washington and led to Trump’s 2016 election. The president also supports the second impeachment trial of Trump, a foolish process that begins next week and is doomed to end in acquittal.

The upshot is that the Biden administration is already defining itself as the most radical ever. With each passing day, that impression gets harder to change.

All the more reason why the president should say yes to working with the GOP 10. It’s the best offer he’s going to get and he can either take it or surrender his presidency to the left-wing war­mongers hellbent on further dividing America.

This week’s gigantic snowfall put a beautiful hush on the city, but enjoy it now because the bill will be hard to swallow. Even the snow in New York is unaffordable.

Years ago, City Hall calculated it cost taxpayers $1 million an inch to prepare and clean up after significant snowfalls. But as The Post reported in December, the per-inch cost hit $4 million in 2012 and then $12 million in 2020.

One reason for the big swing in prices is that, with much of the Sanitation Department costs fixed, the per-inch cost rises in years when there isn’t much snow. Fuel and salt prices also vary.

Yet, with up to two feet falling in parts of the city Monday and Tuesday, it would be a mistake to assume that taxpayers will get a bargain. When it comes to government prices, there are rarely any bargains, and there are never any under Mayor Putz.

Question: What is the difference between Andrew Cuomo and God?

(Updates throughout with more detail, background) Oct 9 (Reuters) – British Prime Minister Boris Johnson is facing a new rebellion from his […] 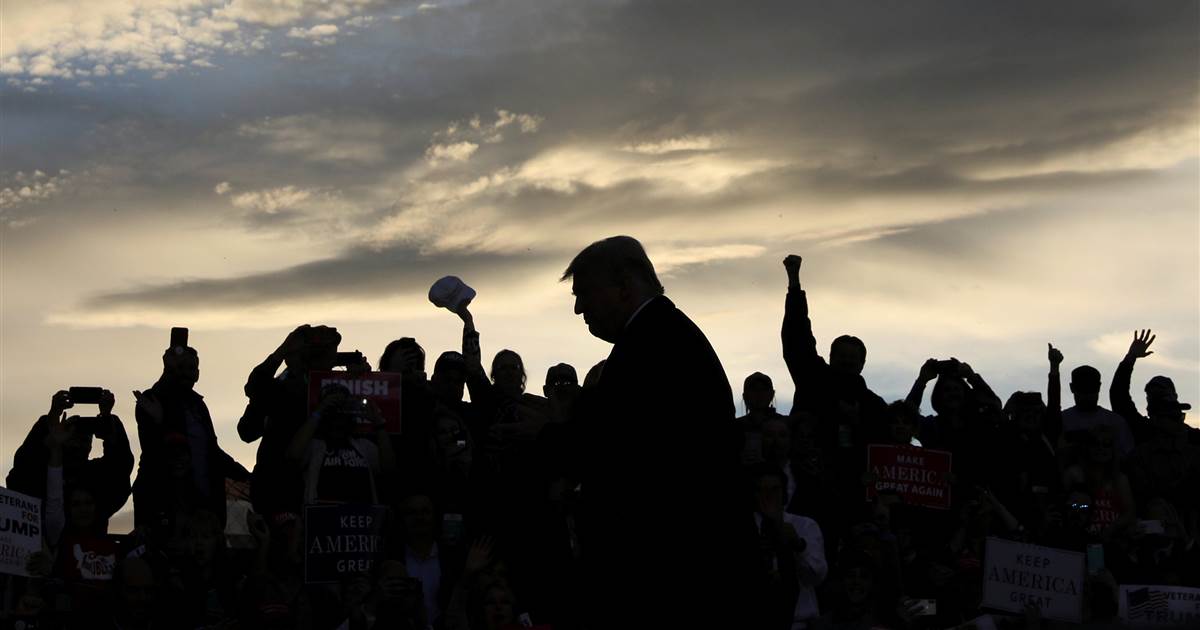 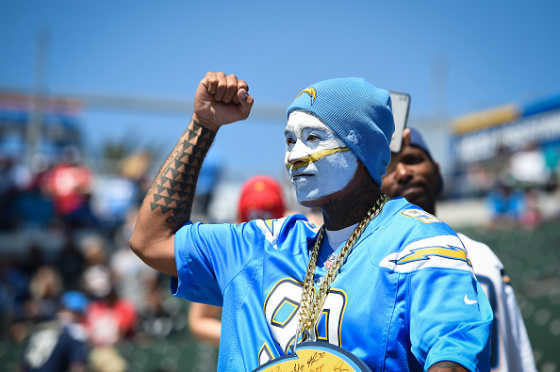 Getty Images The “Fight For L.A.” is fairly lopsided at this point, leaving plenty of people wondering how long to let it […] 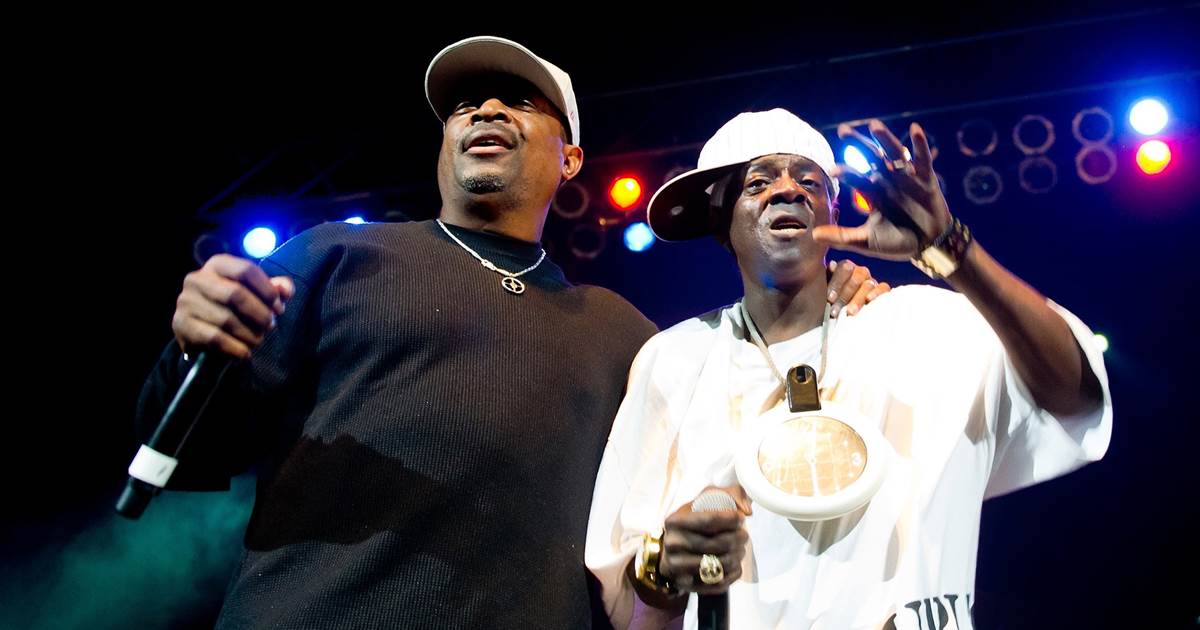 Public Enemy fired Flavor Flav, the band announced Sunday, after the rapper had sent a cease and desist letter to Sen. Bernie […]