When Kim Bailey saddled Master Oats to win the Cheltenham Gold Cup in 1995, completing a rare double at a single Festival as he did so having taken the Champion Hurdle two days earlier, it was obvious his next success at the highest level was only a matter of time. What was unthinkable was that the time would turn out to be more than a quarter of a century.

As a result, the thrill of First Flow’s exuberant defeat of Politologue, last season’s Champion Chase winner, in the Clarence House Chase here on Saturday was soon followed by surprise, bordering on shock, at the realisation that he was Bailey’s first Grade One winner for nearly 26 years.

The drought was broken in memorable and emphatic style, as First Flow and David Bass went toe-to-toe with Politologue down the back, several lengths clear of the rest of the field, before landing a crucial blow with a huge jump at the fourth-last. The danger turning in was that the effort of seeing off the reigning two-mile champion would start to tell in the straight, but First Flow stayed on strongly to the line as Politologue and Waiting Patiently tried and failed to close the gap.

“I’m flummoxed and delighted,” Bailey said. “We’ve had plenty of Grade Twos [since 1995] but the Grade Ones have always been slightly missing. I have to say I didn’t think we’d be doing it today, but I’m delighted to be back there with those sort of horses, it’s what it’s all about.

“He’s a horse that never ceases to amaze me. We can’t jump him over fences at home because he crashes through them. We schooled him over tractor tyres, it’s the only way he could get respect for them, but he’s jumped like an old pro around here. I can’t wait to watch it again now, but I was so nervous watching it.”

First Flow was cut from 50-1 to a top price of 14-1 for the Champion Chase at Cheltenham in March, while Politologue is out to 9-1 in a market headed by Willie Mullins’s Chacun Pour Soi at 5-4.

“Why not, let’s have a go,” Bass said. “Take on the big guns again and hope for a bit more improvement.

“He’s very average jumping at home, he always has been, even over hurdles. He wasn’t a natural, but on the racecourse he’s different, and today was as good as he’s ever jumped.”

At Haydock, Royale Pagaille continued his rapid rise through the ranks of staying chasers and is now no bigger than 12-1 for the Cheltenham Gold Cup after dispatching his field by 16 lengths under 11st 10lb in the Peter Marsh Chase.

Venetia Williams’s seven-year-old failed to win his first eight starts over fences but has been a horse transformed since a successful return to action at Haydock on 2 December.

“This is his third season as a novice chaser as he didn’t win in his first two, in France and over here, but now he’s obviously very progressive,” Williams said

“He was disappointing in that first season [in England] and it’s easy to say that these horses need time, but he’s a perfect example of that.”

Buveur D’Air, the champion hurdler in 2017 and 2018, was beaten on his first start since November 2019, finishing just over four lengths behind Navajo Pass in Haydock’s Champion Hurdle Trial.

“I’m disappointed not to win [but] he was bound to need it,” Nicky Henderson, his trainer, said. “We’ll stick to the plan and go [straight] for the Champion Hurdle.”

Barcelona spent the summer searching for a new central midfielder who would play understudy to veteran Iniesta. They signed Paulinho from Guangzhou […]

Zion Williamson scored 22 points in his NBA debut, but LaMarcus Aldridge topped him with 32 points and 14 rebounds as the […] 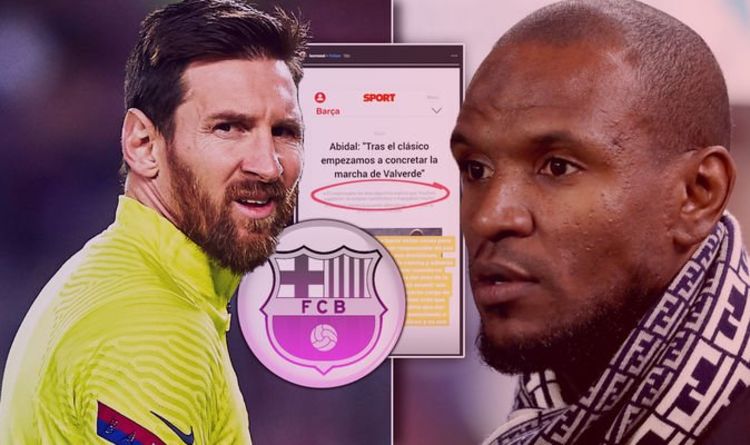 Messi responded furiously to the comments, and wrote a public message to his 142million Instagram followers. “I honestly don’t like to do […] Chelsea’s Brazilian forward revealed he cannot understand why his club allowed Loftus-Cheek, 21, to join Palace on a season-long loan. Willian, who […]