Mesut Özil has said his farewells at Arsenal, visiting the club’s London Colney training ground for the final time before he completes a move to Fenerbahce.

A breakthrough in talks between player and club this weekend brought an agreement in principle that Özil would terminate his Arsenal contract and join the Istanbul club, who had previously been interested in signing him on loan. While his release is yet to be rubber-stamped, it was viewed as enough of a formality for Özil to bid goodbye to his teammates and the club staff. Arsenal also gave him permission to travel to Turkey for a medical, with Fenerbahce expected to announce his arrival as a free agent in the next couple of days.

Özil has made little secret of his next destination. On Sunday he tweeted a picture of his initials in Fenerbahce’s yellow and blue colours and the previous day he had posted an image of a sand timer in response to a tweet from the club’s official account. Later, he tweeted a picture from his plane to Turkey with his wife Amine Gülşe and their daughter Eda.

The MLS club DC United had also been linked with the playmaker but Fenerbahce, the team Özil supported as a German-born son of Turkish immigrants, emerged this month as strong favourites to complete a deal. Fenerbahce tweeted a statement on Sunday, saying: “Our club is bringing Mesut Özil to Istanbul to continue the transfer processes.”

It is likely that Özil will forego a proportion of the £7m salary remaining on his Arsenal contract, which was due to end on 30 June. He has been an expensive problem for the club this season, having been cut from Mikel Arteta’s Premier League and Europa League squads, and all parties were keen to avoid him spending five more months training with no hope of playing competitive football.

The focus on his status has risked becoming a distraction and his move will come as a relief to many at Arsenal, the club he joined in a £42.5m transfer from Real Madrid over seven years ago.

Özil featured heavily in the early stages of Arteta’s reign but was not selected after the Covid-19 shutdown last season, failing even to make the bench from June onwards. His arrival in 2013 was seen as a major statement of intent from a club that had lived under relative austerity after building a new stadium, while his current £350,000-a-week contract was signed in January 2018 and made him the highest-paid player in Arsenal’s history. But his exile from the squad, along with off-field controversies that include his refusal to take a pay cut during the summer, means his departure from north London is far from triumphant. 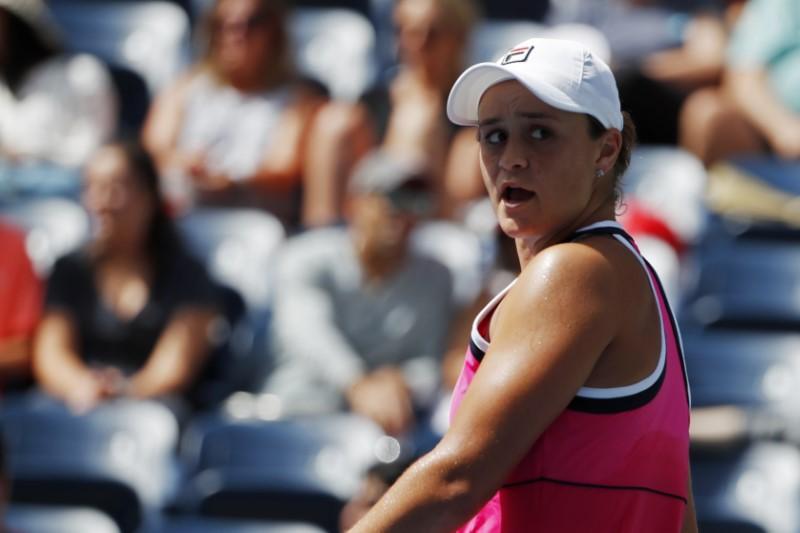 Sep 1, 2019; Flushing, NY, USA; Ashleigh Barty of Australia talks to her player’s box against Qiang Wang of China (not pictured) […] LONDON (Reuters) – With his usual level of ruthlessness and near effortless efficiency, Roger Federer dashed home hopes of an outlandish upset […] That is the opinion of Sky Sports pundit and former Arsenal forward Charlie Nicholas. Both Giroud and Alvaro Morata started on the […]