On Tuesday, House Democrats laid out the steps Representatives will take to attempt to remove President Donald Trump from office. “We’ve called on him to resign. We’ve called on Vice President Pence to invoke the 25th Amendment,” said Democratic Rep. David Cicilline, one of the co-sponsors of the article of impeachment, on MSNBC this morning. “If those two things don’t happen, we have one tool remaining, the only tool of the House: That’s impeachment,” Cicilline said.

On Monday, House Democrats formally introduced an article of impeachment, charging Trump with “incitement of insurrection” for his role in the deadly riot at the US Capitol last week, which sought to overturn the 2020 election results confirming Joe Biden as the nation’s next president. The insurrection failed and Biden’s presidency was confirmed by the joint session of Congress.

Read more: 14th Amendment enters Trump impeachment conversation. What it is, how it works

The article of impeachment, which has 213 House co-sponsors, comes alongside a Tuesday evening vote calling for Vice President Mike Pence to remove Trump by invoking the 25th Amendment. Cicilline said if Pence doesn’t act, the next step is to bring the impeachment legislation to the floor. The House intends to consider the article of impeachment when it reconvenes Wednesday at 9 a.m. ET.

“I think it is important for people around the country and around the world to see Congress respond swiftly to this attack on our democracy,” Cicilline said.

Hours after the deadly riot on Jan. 6, Trump tweeted, “Go home with love & in peace. Remember this day forever!” Twitter blocked the tweet on Friday and permanently banned Trump’s Twitter account. In the tweet, Trump made false claims about the presidential election and suggested that those who stormed the Capitol were “patriots.”

“The President continues to pose a clear and present danger to the people and our Republic,” tweeted Maryland Rep. Jamie Raskin, who co-authored the article, along with fellow Democratic Reps. Cicilline and Ted Lieu. “He incited an insurrectionist mob to join a ‘wild’ disruption of the peaceful transfer of power at the Capitol. Violence & death followed. He must be removed from office immediately.”

Trump has reportedly considered using his presidential power to attempt to pardon himself, but is not expected to resign.

We’ll explain what could happen to Trump if impeached, what the timeline could look like now and where the situation stands. This story has been updated with new information.

Two things are happening in unison: House Democrats are formally calling on Pence to invoke the 25th Amendment, while also planning to vote on Trump’s impeachment if the vice president does not respond within 24 hours of receiving the official request.

If the House were to vote in favor of the impeachment article, it would send the indictment to the Senate to trigger Trump’s trial, making him the first president to be impeached twice.

If Trump doesn’t resign — which doesn’t currently appear likely, despite a seeming glitch on the State Department website Monday that suggested his term ends the same evening — the impeachment proceedings are expected to begin before Biden’s Jan. 20 inauguration. But it is likely the process wouldn’t conclude until after Biden becomes president, since the Senate won’t return to session until Jan. 19, the day before Trump’s presidency is scheduled to end. The Senate could return early, but only if all sitting senators unanimously agree. If one objects, the Senate wouldn’t reconvene early.

Read more: Could Trump pardon himself before leaving office? What to know

Impeachment and the 25th Amendment: How do they differ?

Congress, including Republican Representatives, have also been pushing Pence to invoke the 25th Amendment of the US Constitution to remove Trump from office. Unlike impeachment, which is voted on by Congress, the 25th Amendment would require Pence and a majority of Cabinet secretaries to invoke the power. Alternatively, it could also be invoked by the vice president and another body that’s designated by Congress.

To activate the power, Pence and a majority of sitting Cabinet secretaries must decide that the sitting president is unfit for office. Several cabinet members have resigned in the wake of the attack on the Capitol.

What happens if Trump is impeached and then convicted?

If the House votes to impeach this week, it’s essentially indicting the president. The process then moves to the Senate for a trial that’s supervised by the chief justice of the Supreme Court.

Normally, the conviction of a sitting president at such a trial would result in the president being immediately removed from office. With just days left in office, Trump would likely finish out his term (more on this below) but the Senate can additionally vote to remove the right to run for a second presidential term or for “any Office of honor, Trust or Profit under the United States,” according to the Constitution (Article 1, Section 3).

A president impeached in the Senate may also be disqualified from the benefits given to former presidents in the Post Presidents Act, including a pension, yearly travel allowance and security detail.

Is it too late to impeach Trump before Biden becomes president?

Yes and no. The impeachment began Monday when House Democrats introduced the article of impeachment, which if approved would trigger a proceeding defined by the Constitution. However, the rarity of impeachment in US history (only two other presidents have been impeached, and one resigned before impeachment), the extraordinary circumstances of the article against Trump and the timing so close to Biden’s inauguration raise some questions as to what could happen next, including a potential Senate impeachment trial that could define the first days of Biden’s presidency.

The House could also decide to delay sending the indictment to the Senate until after the Biden administration makes headway on Senate approval on Biden’s cabinet nominees and vaccine distribution: Biden has pledged to get 100 million COVID-19 vaccine shots into people’s arms in his first 100 days in office.

“We’ll take the vote that we should take in the House, and [Pelosi] will make the determination as [to] when is the best time to move the articles over to the Senate,” said Rep. Jim Clyburn, a Democrat from South Carolina. “If it just so happens that it didn’t go over there for 100 days, let’s give President-elect Biden the 100 days he needs to get his agenda off and running, and maybe we’ll send the articles some time after that.”

Biden has said it’s up to Congress to decide whether Trump should be impeached.

Trump’s White House criticized the move toward impeachment, saying in a statement Friday that this should be “a time for healing and unity.” The White House said, “A politically motivated impeachment against a president with 12 days remaining in his term will only serve to further divide our great country.”

What has to happen in order to impeach a sitting president

A president, along with other officers, can be impeached for “treason, bribery, or other high crimes and misdemeanors,” according to Section 4 of Article 2 of the US Constitution. To impeach, a total of 216 votes are required from the House of Representatives — a simple majority plus one. A trial is then heard in the Senate, where the US chief justice presides. A full two-thirds of the 100 senators must vote to convict.

Impeaching a president is typically a lengthy process involving months of inquiries and investigations, but House Democrats intend to speed up proceedings and bring the articles of Impeachment to a floor vote.

Here’s the short version of the general procedure:

Here are some unknowns:

Yes. Trump was impeached in December 2019 by the House. However, the Republican-majority Senate acquitted him at the beginning of 2020, with the process marked by a record number of tweets from Trump disparaging the impeachment effort.

His previous impeachment involved articles accusing Trump of abusing power and obstructing Congress. On that occasion, the issue was Trump’s dealings with Ukraine, including a July 2019 phone call in which he appeared to be using US military aid as a bargaining chip to pressure Ukraine into investigating alleged ties between his political opponent Biden, Biden’s son Hunter, and a Ukrainian gas company. The articles also charged Trump with interfering with a House inquiry into the Ukraine matter.

CNET’s Jessica Dolcourt and Rae Hodge contributed to this report. 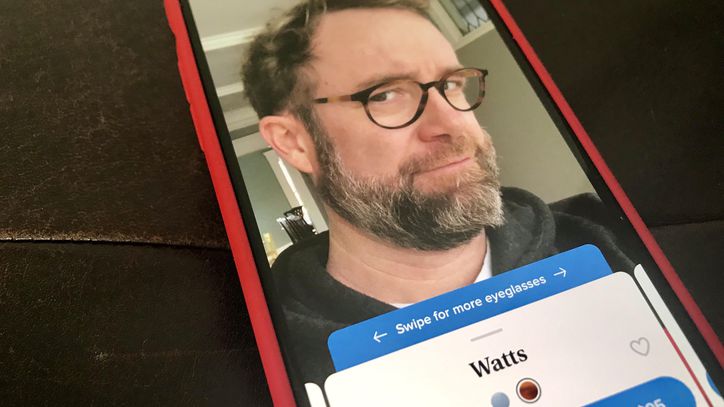 As someone who is on his third pair of Warby Parker frames and an owner and operator of an iPhone X, an […] 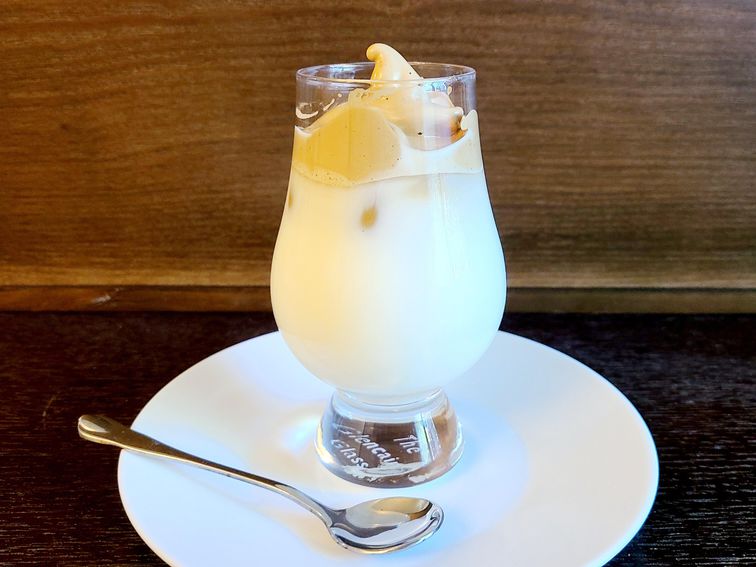 “I made a keto version loosely based on this recipe but more improvised,” writes Senior Photographer Sarah Tew.  – 1 cup of […] 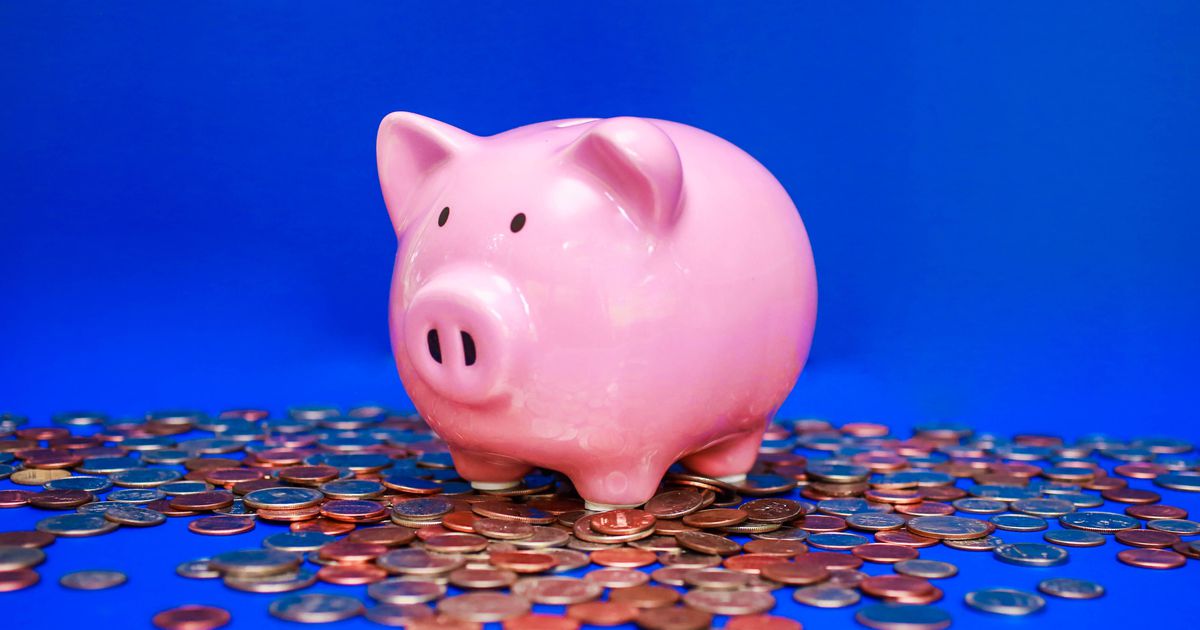 A change to qualifications could bring families more money. Sarah Tew/CNET Would you qualify for a second stimulus check? What about your […] 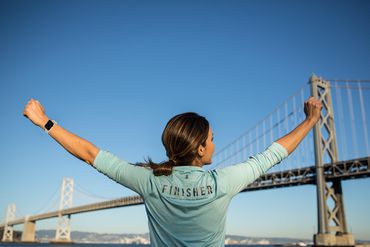 Whether you’re a seasoned runner training for your race, or just getting started on your jogging journey, the Apple Watch ($345 at […]