The number of new infections in the UK is either broadly flat or growing by up to 6% every day, according to new statistics released by the government.

A growth rate of between 0% and +6% means that the number of new infections is either broadly flat or growing by up to 6% every day.

The Welsh first minister, Mark Drakeford, has insisted there is only a “marginal” difference between the number of people who have been vaccinated in Wales compared with the rest of the UK.

But he said that to be able to plan properly there needed to be a “reliable sense” in how much vaccine Wales would be receiving from the UK government – and when.

Wales has vaccinated around 50,000 people. It received a “significant” delivery of the Pfizer/BioNTech vaccine on 23 and 27 December. It then took in 22,000 doses of the Oxford/AstraZeneca on Monday and is due to receive 25,000 doses next week and 80,000 the week after that.

But Drakeford said: “We need to know beyond three weeks. To be able to plan for the maximum delivery you need a reliable sense of how many doses you are going to have available.”

Wales has so far vaccinated relatively fewer people than other UK nations but Drakeford said: “Vaccination is neither a sprint nor a contest.”

He said the roll-out of the vaccination programme would continue “getting faster in the weeks ahead”, with the number of vaccination centres rising to 35.

By the end of the month, 250 GP practices in Wales will be administering vaccines and there are already 14 mobile units providing vaccinations to care homes around the country.

“All frontline ambulance staff in Wales will have had their first dose by next week and we will be extending vaccination to staff working in special schools and to school and college staff who are at risk,” he said

The vast majority of Scottish university and college students are expected to work from home until early March and will then only be allowed back onto campus in stages, the Scottish government has said.

Ministers have scrapped plans for a staggered return to college and university which had been due to start on 25 January, with only students who are already living on campus or with critical teaching needs allowed to be campus.

Apart from a second group of students close to graduation who must study on campus, who will be allowed back from 15 February, everyone else must remain working from home, said Richard Lochhead, the higher education minister.

Halls of residence were epicentres for major outbreaks when students arrived universities in August and September last year, with significant hotspots in Glasgow, Aberdeen and Edinburgh.

Lochhead said: “The return of students to campus, including returning to term-time accommodation, involves the mass movement of thousands of people across the country. The mixing of people on that scale, including the potential movement of tens of thousands of students to university halls and private-rented flats, simply isn’t safe right now. It would fuel the virus, and that is something no one wants.

“Our immediate priority right now is to say to students, other than in specific special circumstances, they must not return to their campus or term-time accommodation before they are specifically told to do so by their institution.”

Sources in government have told the BBC’s health and science correspondent, James Gallagher, that they believe Covid-19 infections in England are running at above 100,000 a day.

The prime minister has welcomed the MHRA approval for the Moderna vaccine, the third vaccine to be given the green light for use in the UK.

The mayor of London said he had written to Boris Johnson asking for more financial support for Londoners who need to self-isolate and are unable to work, and for daily vaccination data.

Sadiq Khan is also asking for the closure of places of worship and for face masks to be worn routinely outside of the home, including in crowded places and supermarket queues.

Major incidents have previously been declared in London for the Grenfell Tower fire in 2017 and the terror attacks at Westminster Bridge and London Bridge.

Making the announcement in London, Sadiq Khan said: “We are declaring a major incident because the threat this virus poses to our city is at crisis point.

“If we do not take immediate action now, our NHS could be overwhelmed and more people will die.

“Londoners continue to make huge sacrifices and I am today imploring them to please stat at home unless it is absolutely necessary for you to leave.”

The mayor of London, Sadiq Khan, has declared an effective emergency in the city, as it grapples with soaring coronavirus case numbers and hospitals struggling to cope with the influx of patients.

London has been the worst-hit area of the UK so far in the winter peak of Covid-19 cases.

Speaking alongside Boris Johnson at a Downing Street press conference on Thursday, Simon Stevens, the chief executive of NHS England, said hospitals in London were now receiving 800 Covid patients a day, the equivalent of the entire capacity of St Thomas’, one of the capital’s flagship hospitals.

Scotland’s chief constable, Ian Livingstone, has urged people to report any incidents or suspicions of domestic abuse to the police after warning the renewed lockdown could lead to an increase in domestic violence cases.

Speaking during the Scottish government’s regular coronavirus briefings, he added: “We would urge anyone, everyone with concerns about another person – a relative, a neighbour, a friend or a colleague, to call the police.”

Nicola Sturgeon, the first minister, said the “stay at home” order in force across mainland Scotland did not mean victims of domestic abuse had to endure it. The restrictions “do not prevent you from leaving home”, she said. Additional funding had been given to women’s aid and anti-domestic violence charities, she said, to support women in crisis.

Around eight in 10 recent positive cases of Covid-19 in London and eastern England could be the new variant of Covid-19, according to the Office for National Statistics (ONS).

In London, 81% of positive cases from December 28 to January 2 were estimated to be genetically compatible with the new variant, while in eastern England the estimate is 78%.

For England as a whole, the ONS estimated 61% of new cases could be the new variant. All figures are for people in private households.

Police have handed out more than 30,000 fines under coronavirus laws since the start of the pandemic, figures show.

A total of 32,329 fixed penalty notices (FPNs) were issued by forces across England and Wales between March 27 and December 21, according to the National Police Chiefs’ Council (NPCC).

Data published on Friday showed 28,744 were handed out by forces in England. In Wales, forces issued 3,585. The figures include those handed out by British Transport Police and Ministry of Defence police.

Coronavirus rates have begun to “creep up again” in Wales after beginning to drop in the post-Christmas period and the new variant has a “firm foothold” in the north of the country, the Welsh first minister, Mark Drakeford has said.

“On Monday, there were around 440 cases per 100,000 people in Wales. Today, this is more than 20 points higher,” Drakeford told a press conference in Cardiff.

“It is still the case that around one in four tests is positive for coronavirus, and that demonstrates that we still have very high levels of this virus circulating in the community in Wales.”

Drakeford said the new strain of coronavirus was “undoubtedly adding to the pressures that our NHS is experiencing at the moment”.

More than 2,700 coronavirus-related patients are in Welsh hospitals, with 143 people with Covid-19 in critical care beds.

“Overall, the number of people in critical care has reached the highest point in the pandemic,” he said. 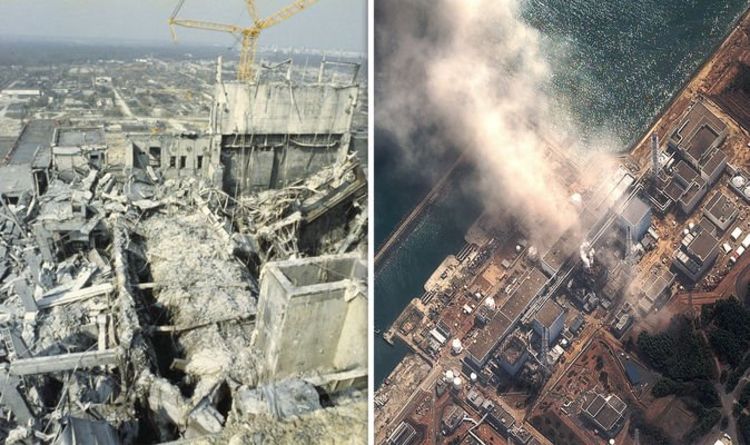 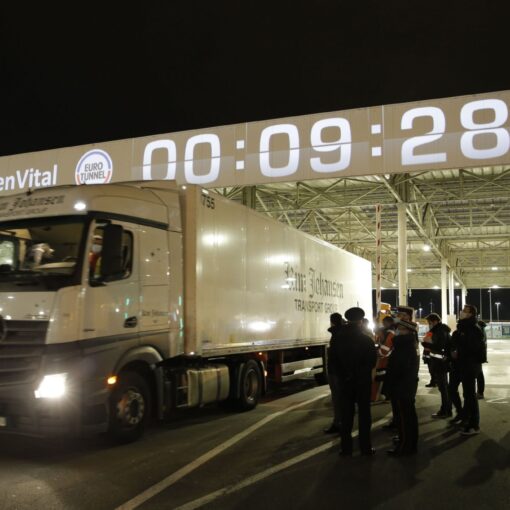 LONDON (AP) — A steady trickle of trucks rolled off ferries and trains on either side of the English Channel on Friday, […] 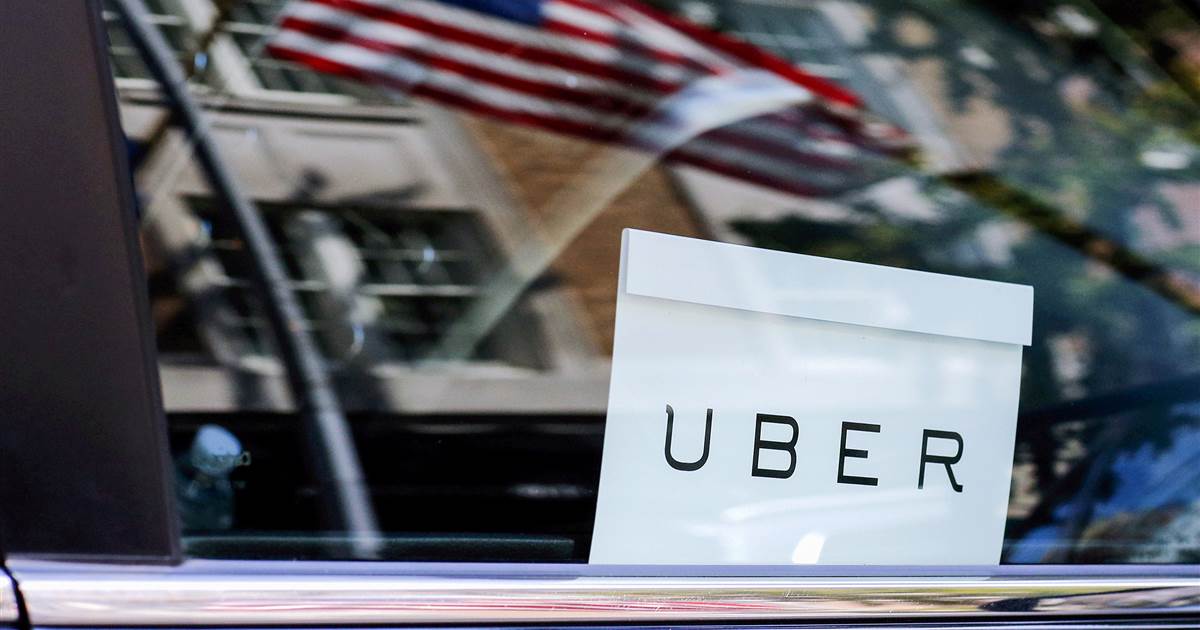