It’s the final step in certifying the next president of the United States, but the Electoral College vote count in Congress on Wednesday is expected to be a much longer — and more contentious — affair than normal.

Verifying the vote count is constitutionally required, but it has become largely procedural — electors officially cast their votes on Dec. 14, and Joe Biden defeated President Donald Trump by 306-232, a result Trump referred to as a “landslide” when he won with the same numbers in 2016. Unlike Trump then, Biden also won the popular vote, garnering 7 million more votes than Trump.

Some Republican lawmakers plan to use the congressional vote count to object to Biden’s wins in numerous swing states in a Hail Mary-type bid to keep Trump in the White House. The objections are expected to fail, but they could turn the typically short ceremony into an hours- or even days-long event.

Here’s what to expect.

Under federal law, Jan. 6 is the date Electoral College votes determining the next president are counted in a joint session of Congress beginning at 1 p.m. ET.

The process is presided over by the president of the Senate — in this case, Vice President Mike Pence.

The vice president opens the states’ sealed certificates in alphabetical order and hands them to one of four “tellers” — a Republican and a Democrat from each chamber of Congress who review the certificates and announce the states’ votes.

The process continues uninterrupted until all the votes are announced and counted — unless there’s a recognized objection.

Which objections are recognized?

For an objection to a state’s vote to be considered, it has to be a written document signed by at least one member of the House and one from the Senate.

An objection to a state’s entire slate of electors has been raised only once since the Electoral Count Act was enacted in 1887. That’s expected to happen again Wednesday — a dozen Republican House members have said they plan to object to votes from swing states won by Biden, and Sen. Josh Hawley, R-Mo., announced last week that he planned to join at least some of the challenges.

On Saturday, 11 more GOP senators said they would vote to sustain objections in six swing states unless there’s a 10-day audit to review votes that have already been certified after canvasses, audits and/or recounts. There’s been no movement toward such an audit.

If there’s a recognized objection to a state’s vote, the vote counting is halted while both chambers go their separate ways and have up two hours of debate on it. They then vote on whether to sustain the objection and dismiss the state’s votes.

For a state’s vote to be dismissed — something that hasn’t happened since the Electoral Count Act was passed over 130 years ago — majorities of both houses have to vote to sustain the objection. If one chamber votes to toss the state’s votes and the other doesn’t, the objection is dismissed.

After the objection is voted on, the joint congressional session reconvenes and continues with the count. If there’s another formal objection to a different state’s vote, the process is repeated.

In 2005, an objection to Ohio’s electors and the vote on the objection took almost three hours. If Trump allies do challenge the vote in all six states targeted this time — Arizona, Georgia, Michigan, Nevada, Pennsylvania and Wisconsin — the vote count could easily go into Thursday.

Why are the objections likely to fail?

The Democrats have majority control of the House, and they are expected to be unified against an objection to any state’s vote. While that alone would be enough to defeat a formal objection, the Senate isn’t likely to vote in favor of an objection, either.

Republicans have a slim majority in the Senate, and a number of GOP senators have spoken out against throwing out any state’s votes.

“I think the thing they’ve got to remember is it’s just not going anywhere. I mean in the Senate, it would go down like a shot dog,” Sen. John Thune, R-S.D., told reporters last month.

Further dampening the momentum is that there’s been no evidence of any widespread fraud, despite wild claims by Trump and his allies that he actually won the swing states that Biden won because the election was “rigged” by vote-switching machines, dead voters, phony ballots and improper rule changes. Election officials have conducted recounts and audits in many of the states Trump has complained about, and federal and state officials and federal and state courts have found no evidence of any widespread fraud; they have repeatedly debunked Trump allies’ claims, conjectures and flawed legal theories.

A handful of fraud cases have been uncovered in key states — in Pennsylvania, three Republicans have been charged with illegally voting for Trump — but nothing large-scale that comes close to Biden’s margin of victory in those states.

Hawley and the Republican senators who plan to uphold the objections say they’re following Democrats’ precedent, but the scope of what they’re doing is wholly unprecedented.

The only time a senator has joined with a House member to object to a state’s entire slate of electors was in 2005, when Sen. Barbara Boxer, D-Calif., and Rep. Stephanie Tubbs Jones, D-Ohio, objected to Ohio’s votes, charging that there had been voter suppression because of long lines and missing voting machines in minority areas. The move, which theoretically could have changed the outcome of the election, wasn’t supported by the defeated Democratic nominee, John Kerry, and it failed in the Senate by a vote of 74-1 and in the House by a vote of 267-31.

In 2001, over a dozen House members tried to object to the vote in Florida, which Vice President Al Gore lost to George W. Bush by a razor-thin margin after a Supreme Court ruling decided the election. Gore, acting as the president of the Senate, ruled their objections out of order and concluded the ceremony by saying, ”May God bless our new president and new vice president, and may God bless the United States of America.”

During the certification of the 2016 election results, several House Democrats tried to object to the votes in a number of states, but they were ruled out of order by Biden, then the vice president, who noted that no senators had joined in their objections.

What if objections are sustained?

Even though it is highly unlikely that any state’s vote will be rejected, some Trump allies hope that multiple states’ electors will be tossed out, bringing Biden below the 270 electoral vote threshold to win. If all six challenges were to succeed, Biden would lose 79 electoral votes. If Biden’s total were to go below 270, it could be up to the House to select the next president.

Under the 12th Amendment to the Constitution, each state congressional delegation gets one vote — and while Democrats make up a majority of House members, the GOP controls the majority of state delegations, which would open the door to Trump’s being “elected.”

Trump is pushing for this unrealistic scenario, as well — he has called for his supporters to gather in Washington on Wednesday to show their support, and in an extraordinary phone call Saturday he asked Georgia’s secretary of state to “find” him the number of votes he’d need to win the state, even thought its vote has already been certified.

What else could Republicans try?

Rep. Louie Gohmert, R-Texas, sued in late December arguing essentially that Pence has the power to pick which states’ votes and electors are counted. The Justice Department replied to the suit on Pence’s behalf, arguing that Gohmert should sue Congress, not the vice president. Lawyers for the House contended that the suit should be thrown out for a number of reasons, calling it a “belated and disruptive effort to impose a novel legal rule.”

Gohmert’s suit was dismissed Friday, and his appeal was tossed out Saturday.

Will this end Trump’s challenges?

No. While the verification of the count would put the final nail through the coffin for Trump’s legal challenges, he has legal actions still technically pending, and he has given no indication that he would drop them or concede. Whenever his fraud allegations have been debunked, he and his allies come up with new ones, and to date none have been found to have any merit.

Biden, meanwhile, will be sworn in as the 46th president on Jan. 20. 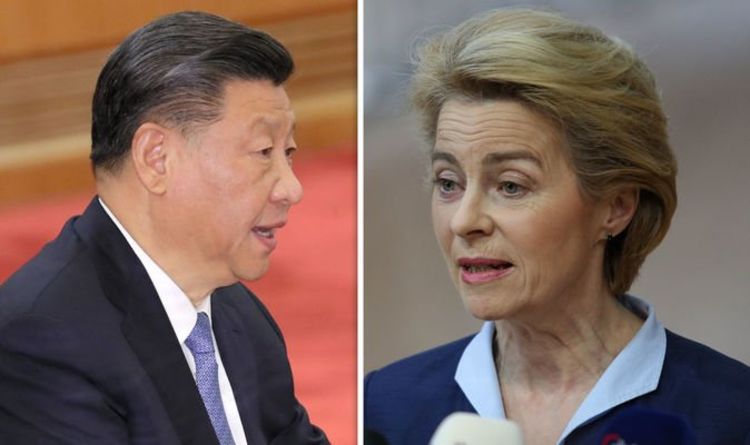 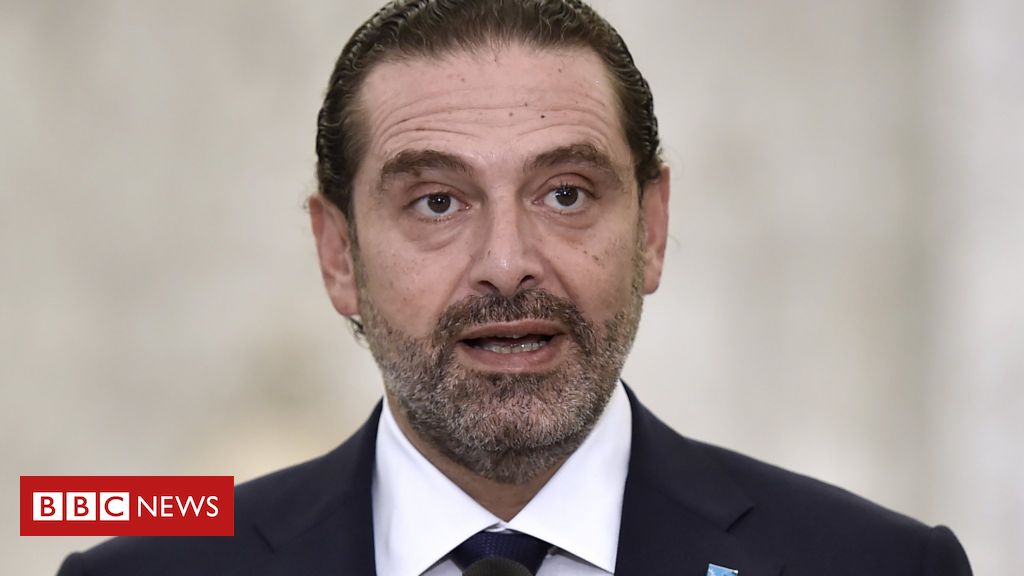 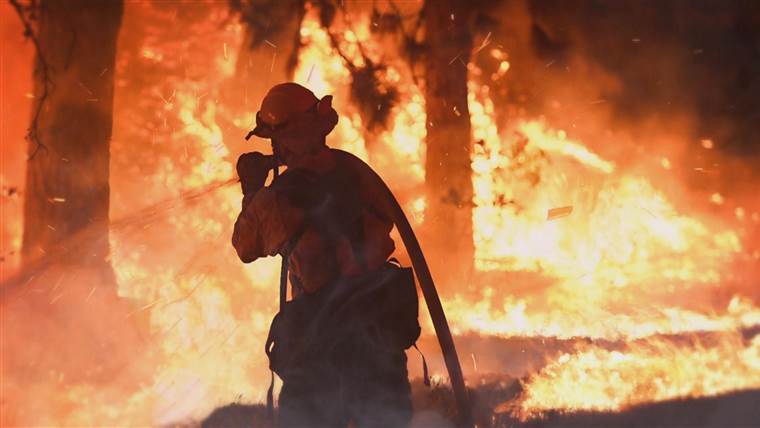 Get breaking news alerts and special reports. The news and stories that matter, delivered weekday mornings. SUBSCRIBE Verizon is admitting that it […]