Locals in Majorca have admitted they were bewildered by Hilaria Baldwin’s decision to fake her Spanish past.

The 36-year-old wife of Alec Baldwin was forced to confess in a rambling Instagram post she had been born in Boston and not the island of Majorca despite previously claiming to have come to America aged only 19.

The influencer was also ridiculed after it emerged her mother Kathryn Hayward, who she has long described as Spanish, is in fact a fourth-generation Massachusetts resident.

Spain’s leading newspapers have seized on Hilaria’s bizarre Spanish ancestry claims, with right-wing ABC describing them as a ‘hoax’ and Catalan daily La Vanguardia referencing her admission that her real name is Hillary by saying: ‘Alec Baldwin’s wife accused of lying about her Spanish origin and her name.’

Majorcan acquaintances of the family of the Boston-born Mom Brain podcast host told DailyMail.com Tuesday that they had never met the mom-of-five. 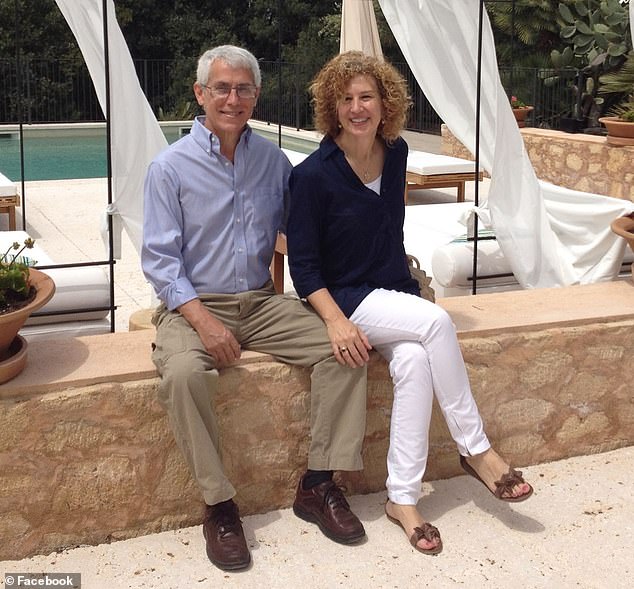 Internet sleuths were quick to uncover details about Hilaria’s parents, Dr Kathryn Hayward and David Thomas, pictured, who worked in the U.S. for years before retiring to Majorca in 2011 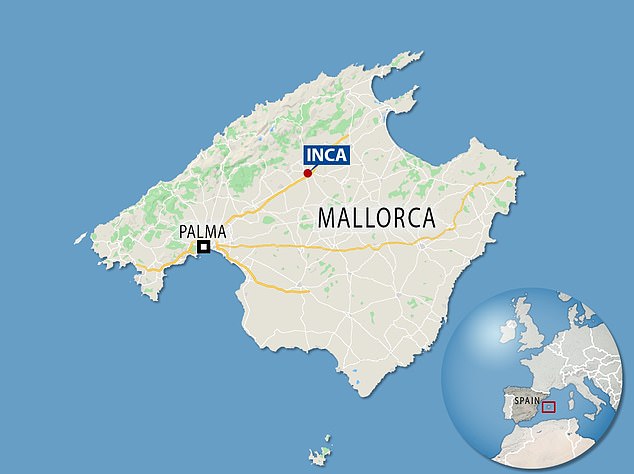 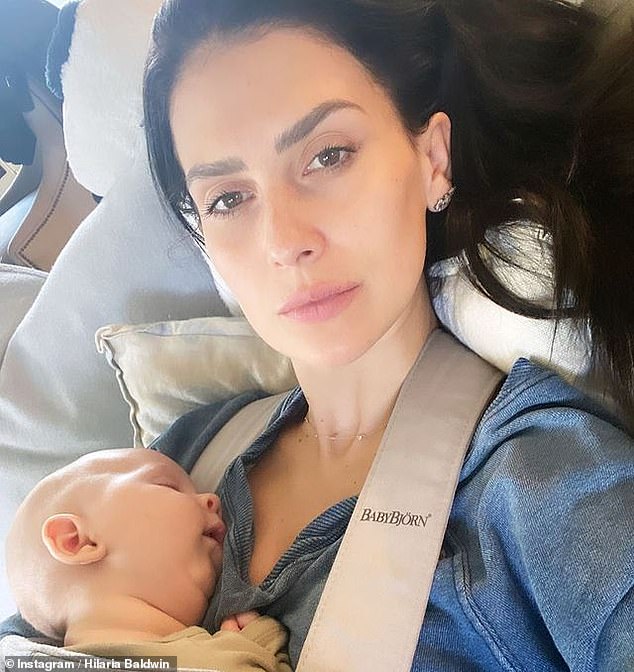 Majorcan acquaintances of the family of Boston-born Hilaria ‘Hillary’ Baldwin told DailyMail.com that they had never met the mom-of-five

Restaurant owner Maria Coll, who runs Es Ginebro Coll in the inland Majorcan town of Inca where Hilaria’s dad David Thomas and her mom own property, said: ‘I’d read the story about Hilaria Baldwin because it’s been published in the newspapers here but I hadn’t picked up on the fact she was Jeremy’s sister. 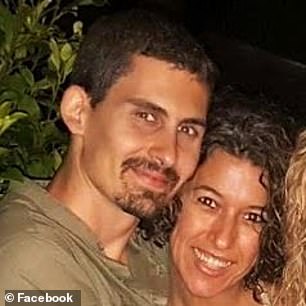 Hilaria’s brother Jeremy (pictured) married a Spanish woman. A source said, ‘Jeremy’s parents understand Spanish and speak it but with a foreign accent and Jeremy is fairly fluent’

‘I know Jeremy and his Spanish wife because they’ve been regulars for years and I’ve met his parents.

‘But to the best of my knowledge Hilaria’s never been here. I didn’t even know Jeremy had a sister.

‘Jeremy’s parents understand Spanish and speak it but with a foreign accent and Jeremy is fairly fluent.

‘But when they’re together here, they speak to each other in English.

‘I can only go by what I’ve read in the papers, but if it’s true that Hilaria wasn’t born in Spain and said she was, it’s a bit odd.

‘It’s not the sort of mistake you’d expect anyone to make.’

German Jens Schmitt, who owns vegan hotel and restaurant Villa Vegana in Selva near Inca, added: ‘I know David and Kathryn as clients but I’ve never met their daughter that I’m aware of.’ 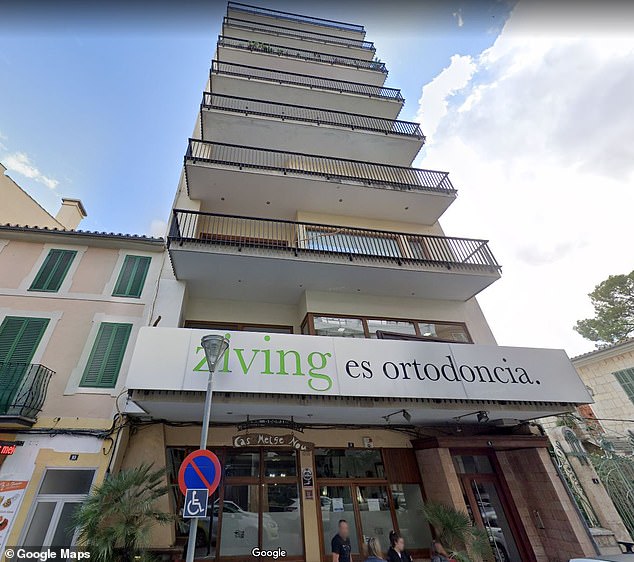 Her parents purchased apartments this building in in Majorca with NIEs, which in Spain are ID numbers for foreigners serving as tax identification codes for non-Spaniards 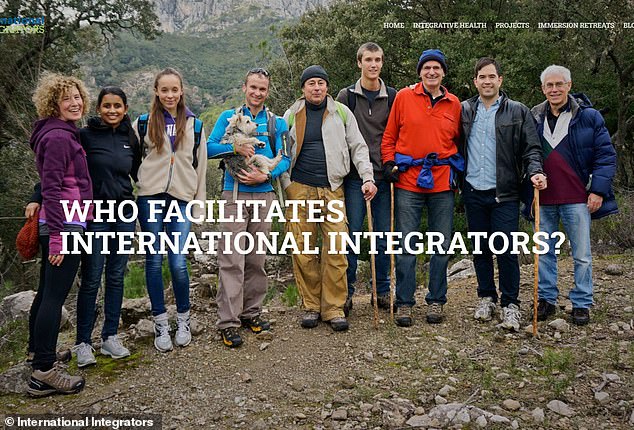 Both of Hilaria’s parents are listed as ‘facilitators’ , co-founders and developers of International Integrators – a collaborative, global community dedicated to the promotion of Integrative Health 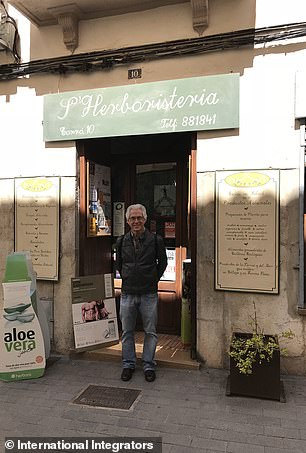 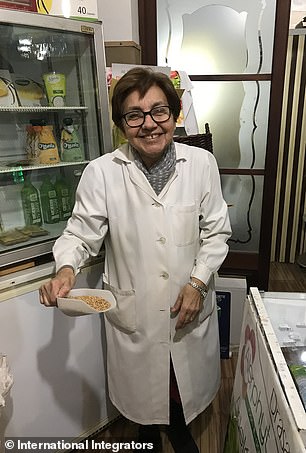 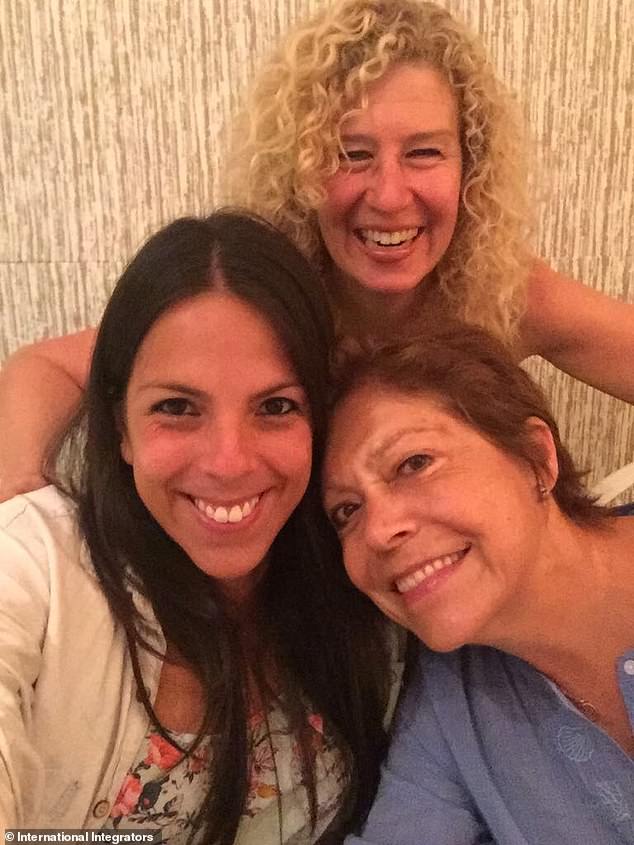 Another acquaintance, who asked not to be named, said: ‘Jeremy has lived in Majorca for years and his Spanish is very good, even thought you can tell he’s not a native speaker.

‘His wife is Spanish and they have a child who I think was born on the island.

‘His parents have been coming here for years but only recently started talking about buying property here. 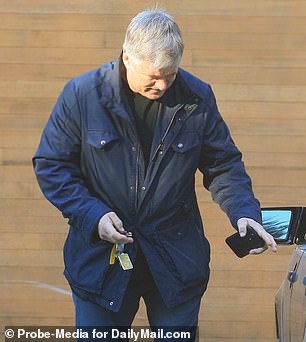 Alec Baldwin appeared exhausted as he ran errands in the Hamptons on Tuesday after defending his wife, Hilaria, over claims that she faked her Spanish heritage

‘Before they were spending time here but they weren’t full-time residents as far as I know and would come and go like a lot of people who spend some time on and some time off the island.’

Thomas, who lists an American cell phone as his contact number, declined to speak about his daughter’s fake Spanish past on Tuesday and appeared to put hang up on a DailyMail.com reporter the moment he announced he was a journalist.

An online blog for the former Boston-based lawer, who graduated with honors in Spanish Literature from Haverford College in Pennsylvania, states he has lived in Majorca with his wife since 2011.

Photos published in Majorcan daily newspaper Ultima Hora show them attending gala dinners hosted by the Rana Foundation, set up to combat child sex abuse, as far back as 2014.

Thomas is looking dapper in a top hat and tuxedo in a picture published from the May 2016 event.

New Jersey-born David Gunzenhauser, who lives in Majorca with his Argentinian wife Sandra Ghazazian and ran a bakery in Inca he was forced to close recently, describes Hilaria’s parents on a business blog as ‘beautiful friends.’

Despite a connection to Majorca which Hilaria claimed was her birthplace until she was forced into her Instagram admission, DailyMail.com has discovered the only property her parents currently own on the island in their names are two apartments dating from the 1960s in the center of Inca which they purchased last summer. 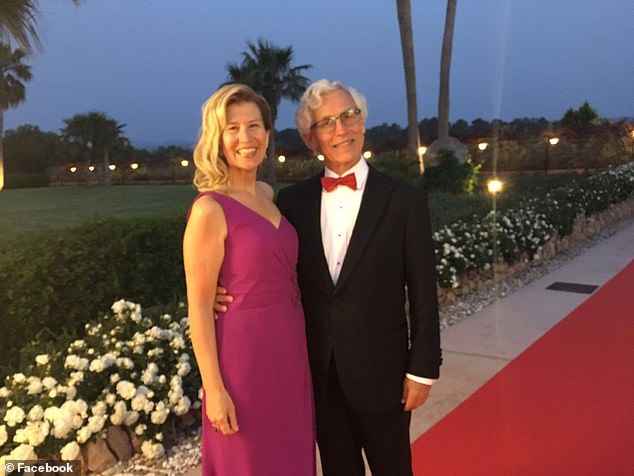 Hilaria’s parents only retired to Spain in 2011 when Hilaria was 27-years-old. Their son Jeremy is the registered owner of land a short drive away he bought with his wife in 2006 and where he is believed to live in a small bungalow-style home 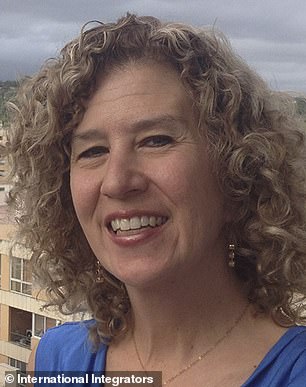 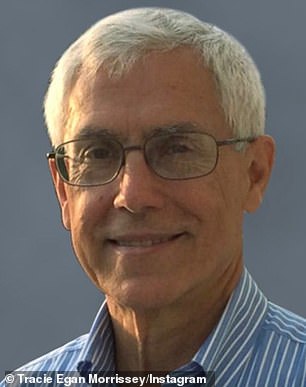 A restaurant owner in Majorca said ‘But to the best of my knowledge Hilaria’s never been here. I didn’t even know Jeremy had a sister. Jeremy’s parents understand Spanish and speak it but with a foreign accent and Jeremy is fairly fluent. But when they’re together here, they speak to each other in English’

The apartments are on the top two floors of the block, above a dentist’s and a kebab takeaway Hilaria’s parents are unlikely ever to venture into as committed vegetarians.

The couple purchased the apartments with NIEs, which in Spain are ID numbers for foreigners serving as tax identification codes for non-Spaniards.

Their son Jeremy is the registered owner of land a short drive away he bought with his wife in 2006 and where he is believed to live in a small bungalow-style home.

Thomas, who uses the full name David Lloyd Thomas Jr, raves online about a health food store in Inca selling the grains and other specialized ingredients that support his and his wife’s plant-based diet.

No one from the store in Inca, Majorca’s third largest town at the foot of the Serra de Tramuntana mountain range, could be reached.

DailyMail.com revealed that Hilaria grew up in a 100-year-old $4million house in the heart of the most desirable district in Boston, DailyMail.com can exclusively reveal.

Records show her parents bought the five-bed, five-bath house on Pinckney Street in June 1987 when their daughter was just three years old. They didn’t move out till she had turned 28. 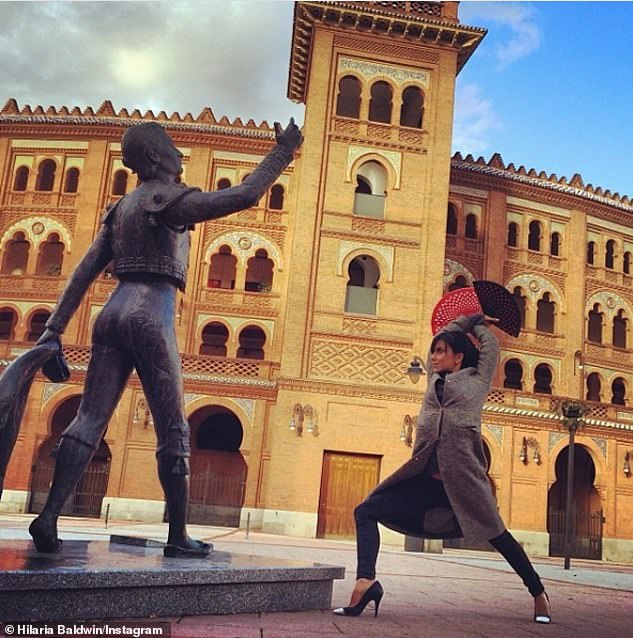 In 2014 Hilaria posted this photo with a flamenco fan and posing in front of a torrero statue with the caption: ‘Hoping one day we all just dance with the bulls’ 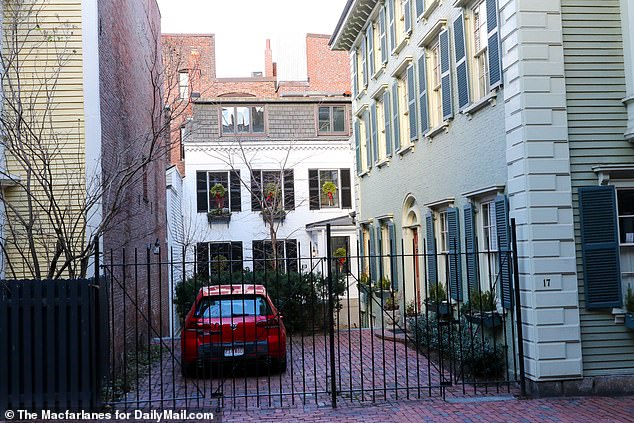 Her parents bought the five-bed, five-bath house in June 1987 when their daughter was just three years old and didn’t move out till she had turned 28 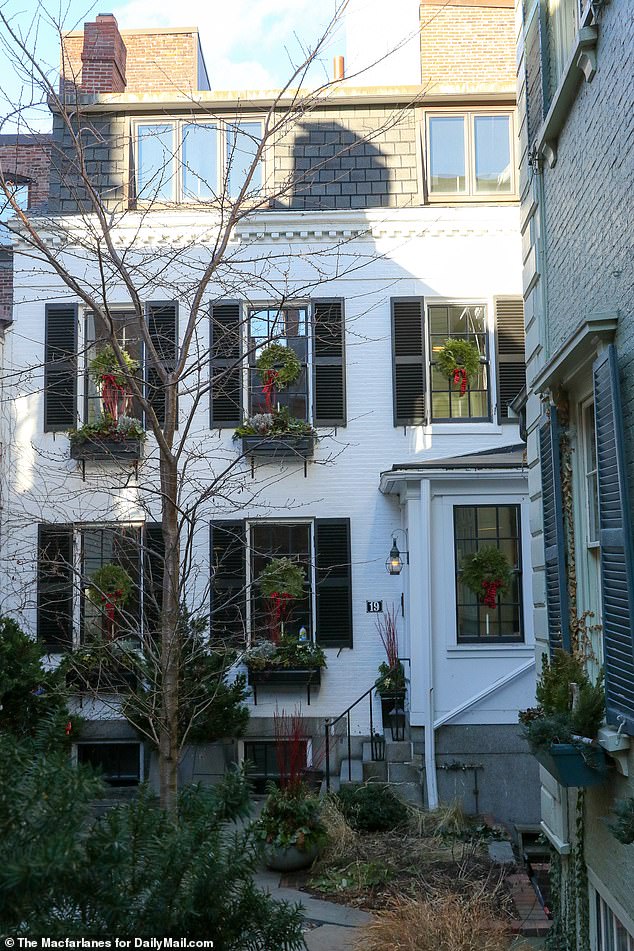 DailyMail.com revealed that she grew up in this 100-year-old $4million house in the heart of the most desirable district in Boston called Beacon Hill 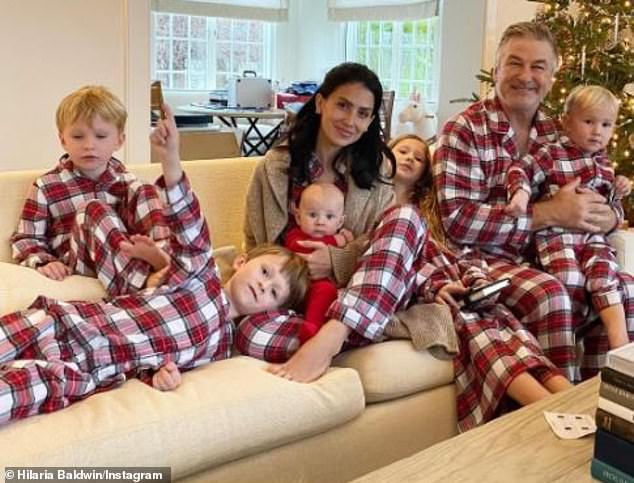 After the accusations she ‘faked’ her Spanish heritage, Hilaria Baldwin confessed Sunday that her real name is Hillary and she was actually born in Boston, not Majorca. Majorcan acquaintances of Hilaria’s family told DailyMail.com that they had never met the mom-of-five

Hilaria attempted to explain the confusion on Instagram, saying: ‘Let’s be very clear that Europe has a lot of white people in there and my family is white. Ethnically, I am a mix of many, many, many things. Culturally, I grew up with two cultures so it’s really as simple as that.’

‘My whole family call me Hilaria. It always kind of bothered me that neither name sounds good in the other language. So I would use one or the other one,’ she said.

‘A handful of years before I met Alec, I decided to consolidate the two…It means happy in both languages. I think we can all be really like clear that it’s the same name just a few letters difference, so I don’t think we should be upset about it.’

She indicated that in her youth she tried to be her ‘coolest self,’ but ‘as you get older you kind of just embrace who you are and you just kind of want to be open about it and that’s what I’m trying to do here.’ 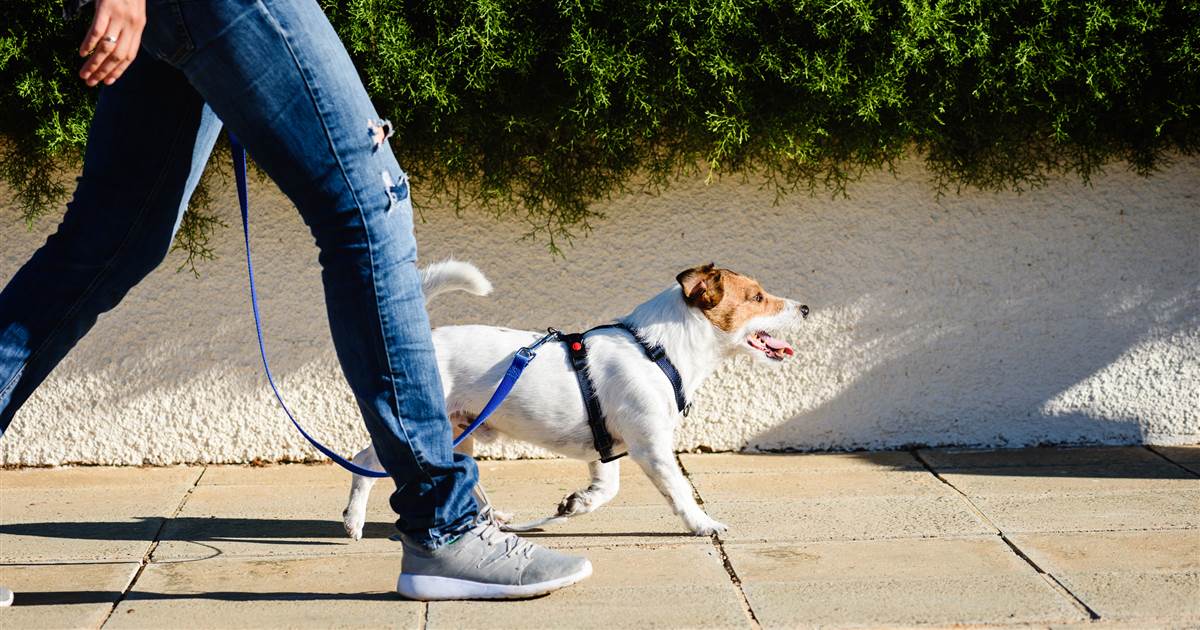 For some, one of the best parts of having a dog — aside from puppy eyes and endless enthusiasm — is taking […] 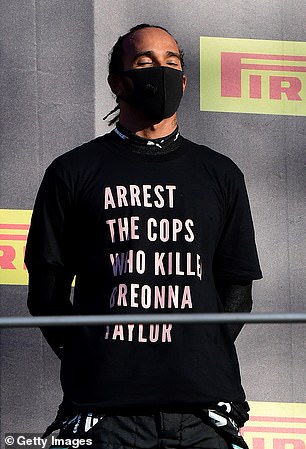 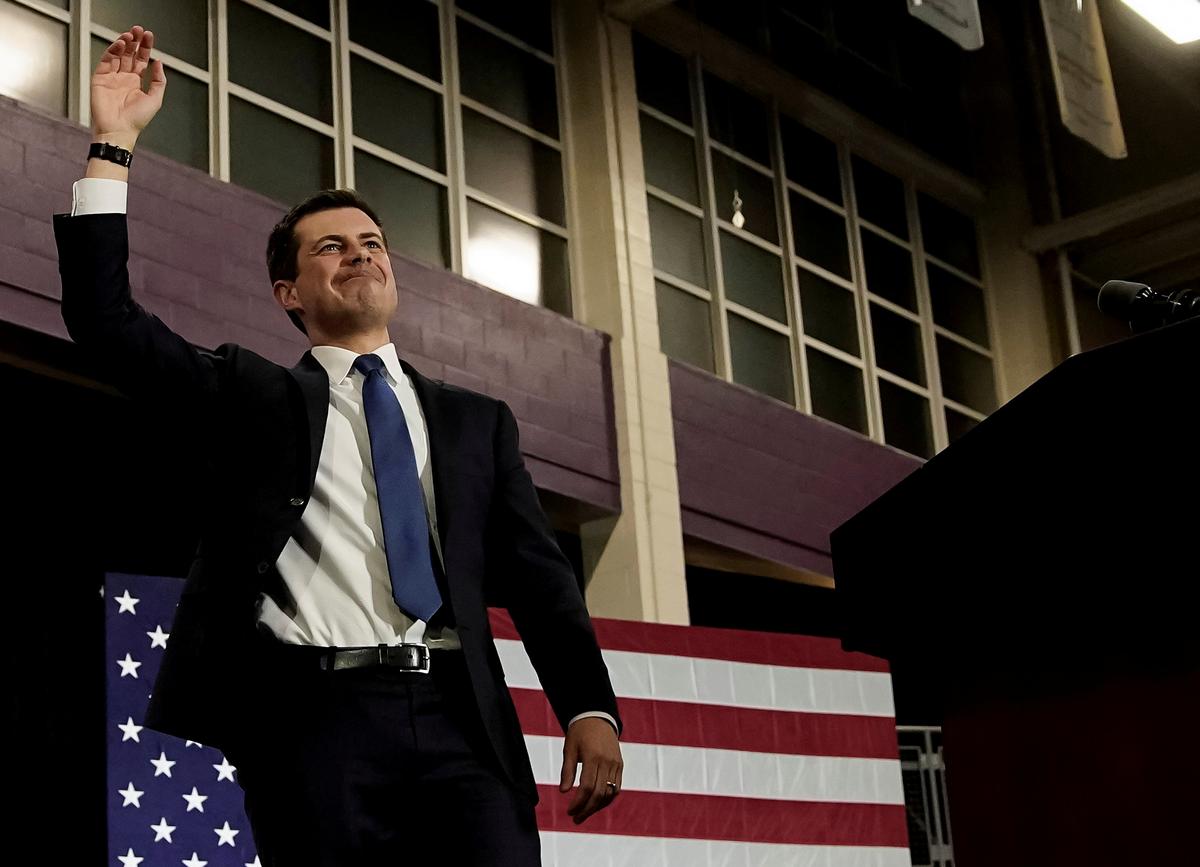 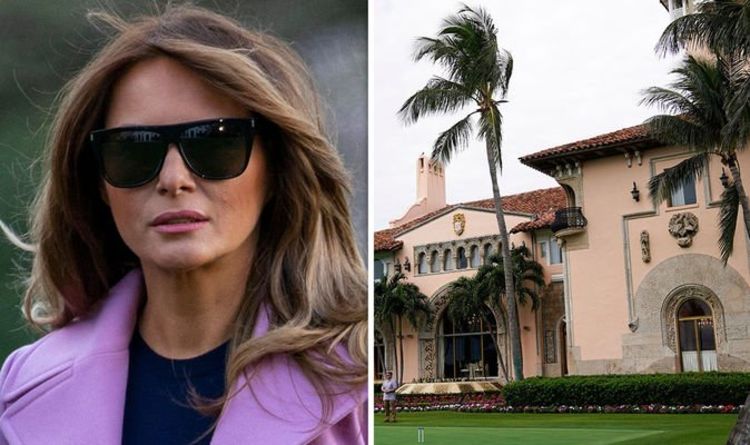 The First Lady’s getaway is one of the largest estates in Florida. She reportedly uses the estate to spend quality time with […]