Sheffield Wednesday have sacked Tony Pulis after just 45 days in charge of the club. The ex-Stoke, Crystal Palace and West Brom only took the job on November 13, his first role in over a year, but has been removed after overseeing just 10 games.

Wednesday won just one of those matches and the Yorkshire club, who also sacked Garry Monk in November, languish 23rd of 24 teams in the Championship.

They have picked up just 13 points from 21 games with only four wins and a meagre 12 goals scored, the second-worst record in the division after 22nd-placed Derby County.

The Owls are three points from safety following Pulis’ rapid departure, with his exit even faster than the 18-game spell of Steve Bruce, currently in charge of Newcastle, in 2019.

Their only victory under Pulis came in the form of a 1-0 defeat of Coventry before Christmas and they drew their most recent match with Blackburn on Boxing Day after Adam Reach’s goal was cancelled out by Joe Rothwell.

He had said after drawing with Rovers: “I think they are a good group. Without a question of a doubt, it needs to be improved.

“They have got to actually improve the squad and that’s what I will be talking to the chairman about. That’s very important.”

But he will not get an opportunity to utilise the January transfer window having been removed from his role.

Club chairman Dejphon Chansiri said in a statement on Wednesday’s website late on Monday night of the decision to sack Pulis: “The performances and results have not been of the level expected since Tony Pulis was appointed. There are also other issues which have had a bearing on this decision.

“On the pitch, seven points from a possible 30 is not acceptable. It is vital we maintain our Championship status and I feel I must make a change now with over half of the season remaining to give us the best possible chance of doing so.”

The club’s first-team coach Neil Thompson will take temporary charge of the side with Wednesday welcoming Middlesbrough, another of Pulis’ former clubs, to Hillsborough on Tuesday night (7pm kick-off).

Thompson will continue to take the team until a permanent successor to Pulis, 62, is found in the coming days and weeks.

Pulis only recently bemoaned the fact he had yet to have a full week’s worth of training with the Wednesday squad.

He said after facing Blackburn: “It’s the weight, the load, that’s been put on football clubs in the Championship to get as many games as possible played before Christmas.

“They tend to force as many matches through so that if games are called off or people go further in the cup then they’ve got weeks spare after Christmas.

“If you look at the time I’ve been at this football, we’ve had midweek games every week apart from last week – and I gave them a couple of days off because they needed it.

“So I haven’t really – and it’s amazing – had a full weeks’ training with them, and I won’t again until after the new year. It’s astonishing really.”

“On the day that the 1978 cricket season ended, I managed at once to feel satisfaction, gratitude, regret, depression – and overwhelming […] 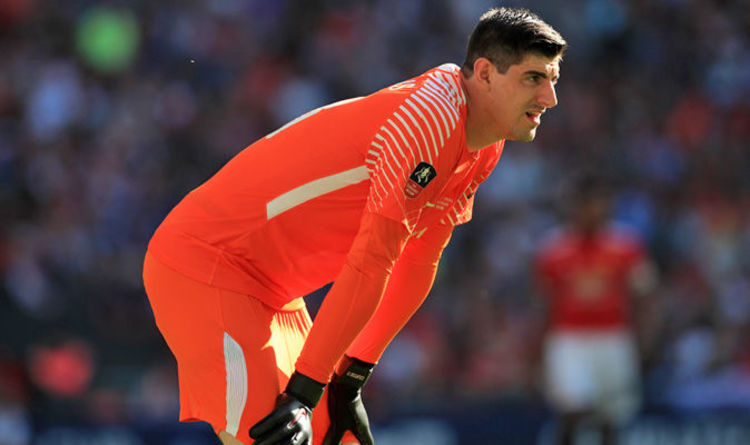 Courtois will complete his Real Madrid medical on Thursday and sign a six-year contract. His departure will cost Real £35m and Mateo […]

LIVE: Udinese vs Juventus: Latest score and updates as Serie A giants look to wrap up NINTH straight Italian top-flight title with […]

Jürgen Klopp freely admits he does not get out much, no chatting with shoppers in supermarket queues or reliving games with neighbours […]