“Taking back control” is not something most football clubs have had on their to-do list in recent years, at least not outside of possession statistics. The domestic game has thrived on the back of European immigration. A cosmopolitan system where German managers work with Portuguese fitness coaches to develop Spanish talent on English pitches has been central to the growth of the domestic game. Now Brexit is about to change all that.

From 1 January English football will change. European citizens will need a visa to work in the country. The criteria determining who qualifies have been the subject of lengthy negotiations between the Football Association, Premier League and EFL. They were finally agreed at the beginning of December, which means clubs have had just a month to get to know the new rules and fully implement them. Which is more than many industries can say.

In the short term

The new rules will have two immediate consequences: the first, that players from the EU hoping to move to England will be treated in the same way as players from the rest of the world; the second, that those EU players will have no problem getting in, as long as their CVs are impressive enough.

That’s not to say calculating the quality of a player’s career to date is not complicated. Lawyers are going to get a lot of work. In essence, however, the Governing Body Endorsement (GBE) which is awarded by the FA and enables players, managers, coaches and other staff to qualify for work visas is about points. Those points are awarded according to where you have played previously, for how long and at what kind of level. Qualify for 15 of them and, in the men’s game, you’re in.

If you want to buy Karim Benzema, can afford him, and can persuade him the UK is better than Madrid, it is going to be easy. In fact, a player over the age of 21 from a country ranked within Fifa’s top 50, who has played 70% of their country’s matches over the previous 24 months will automatically get a GBE.

Similarly, if you play for a club in a band 1 league (the Bundesliga, La Liga, Serie A and Ligue 1) and appear on a teamsheet just the once, that is 12 points. Sit on the bench for a single Champions League group game and that is five more (should your club reach the final, those five points become 10, without you even having to be selected again).

Those topline figures send a clear signal: this settlement is designed to help English football continue to sign European names after Brexit.

It is when you go lower down the bands that things get trickier. Take Greece. The 2004 European champions are ranked 53rd in the world by Fifa, meaning a player could be ever-present as an international for two years but still earn only two points towards a GBE. The Greek Superliga is a band 4 competition. That means you get six points for being selected for a match in the past year and a maximum of six points more based on your appearance record. That means you are one short of qualifying for a GBE if you don’t play in Europe.

Apply the same situation to a Lithuanian in the Norwegian League and the chances of reaching 15 points are as slim as Brann winning the Champions League (which would get you 10 points).

So, on the surface, the new rules appear to meet the original objectives of the FA and the Premier League. The FA will get fewer imports of ordinary players, leaving room for neglected English talent to develop. The Premier League will still be able to bring in big names and, indeed, it is hard to find many examples of top-flight players who would have seen their transfers cancelled under the new regulations.

It is likely, though, that clubs in the EFL will feel an effect and particularly those in the Championship, such as Brentford or Norwich City, who have built models around acquiring talented players from obscure places. Bryan Mbeumo, the Brentford forward who is one of the best players in the Championship, came from the French second division with only limited first-team appearances and youth international caps. He would not have got a permit, as would have been the case with the Norwich striker Teemu Pukki as Finland fall outside the Fifa top 50 and his former club, Brøndby, compete in the Danish league, a band 5 competition.

The qualifying criteria for managers are simpler than those for players: 24 months consecutively or 36 months over the past five years working in any competition from band 1 to band 5. You also need a Uefa Pro licence and proof your English is good enough to, among other things, “describe experiences and events, dreams, hopes & ambitions and briefly give reasons and explanations for opinions and plans”. There is some debate as to whether Marcelo Bielsa would meet these criteria and Watford’s new Spanish head coach, Xisco Muñoz, whose previous job was with Dinamo Tbilisi, would certainly not.

Finally there are the staff and the days of an overseas manager turning up with all of his mates may be numbered. Any individual looking for a visa as a “Performance Manager” (which covers most coaching and sports science-related roles) requires a degree and five years’ experience in bands 1 to 5 or at international level.

All of the above refers to conditions imposed on the men’s game, but women’s teams will also need to apply for GBEs for new players and the points needed for qualification are even higher, with 24 the minimum. In terms of how points are awarded, there is an even greater emphasis on playing in top-tier competitions and for high-ranking nations. There are also no criteria for players under 21. It will be very difficult to sign a non-international from outside the world’s top eight leagues.

In the long term

The restructuring of the game will surely create problems next year. The trolley dash of transfer deadline day will be chaotic if clubs try to sign players they can’t be sure will get a permit. The FA says it has resources for the new world but it too is likely to come under a lot of strain processing applications from up and down the league at a pace that means a new Norwegian centre-half can be cleared to play at the weekend.

But once those bumps are negotiated, and there is a confident consensus from across the industry that they will be, there will be new opportunities.

One consequence is that the value of English players will go up. Everyone agrees on that and this is surely good news for the football pyramid. Yes, the big clubs will put even more emphasis on recruiting the best young talent (especially as leaving the EU means a ban on signing under-18s from abroad, which has been a popular move with some top-six clubs). But lower-league clubs who do the same will also be able to provide a pathway to first-team experience, which could be to their advantage.

At the top end, meanwhile, there is enthusiasm for the new levelling of the playing field that means the next Uruguayan big name is now as obtainable as the next French one. Luis Suárez, for example, moved to Groningen at the age of 19 to begin a career in Europe. He could not have come to England because he had no international experience. Under the new system, an 18-year-old Suárez would earn 13 of the 15 points needed for a visa and would therefore have a good chance of earning one on appeal with the FA’s “Exceptions Panel”. We are likely to see more distinctive, more marketable talents coming to the top flight.

Acquiring players directly is not the only option. Partnerships with clubs in Europe are a likely means of expanding the net still wider. If a player cannot qualify for a GBE now, but could in a band 2 competition such as the Belgian top flight, then it would make sense for them to develop there while building up the required number of points. This could be achieved in a formalised fashion, as with City Football Group and their global network of clubs, but it could also be done on a more individual level, with bespoke career strategies developed informally between clubs. Expect such arrangements to be commonplace if not openly advertised.

Is this a bright new dawn?

Football in England is an exception, both in the national culture and in the way it is run. The financial crisis occasioned by the Covid-19 pandemic laid bare some of the structural problems that affect the game and there is no doubt that a predisposition towards taking a punt on the transfer market is one of them.

The new rules will make such activity more difficult. You can no longer buy a foreign player based on a YouTube compilation and a snazzy idea for a welcome video. Some might say that will take some of the thrill out of the game, but there will not be that many. Instead there is a whole battalion of sporting directors, recruitment analysts and scouts looking to get their teeth into a new structure that will require more thought, more strategy and more analysis if it is to work.

There is a lot about English football’s new rules that feels consistent with the rest of Brexit: it is harder to do things, it accommodates fewer people, and there is a lot of paperwork that needs doing. But football is one of the few British industries for whom this new disruption will interact with problems that needed fixing in the first place. A new era awaits. 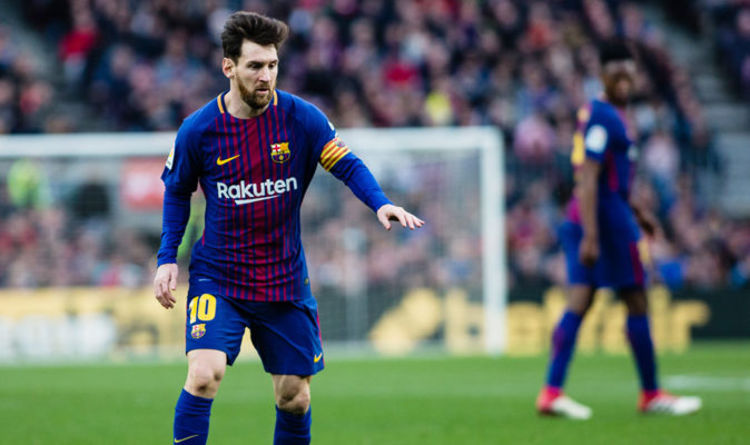 Barcelona news LIVE updates: All the latest from the Nou Camp including today’s clash with Eibar Saturday February 17 NOBODY WANTS GOMES… […] 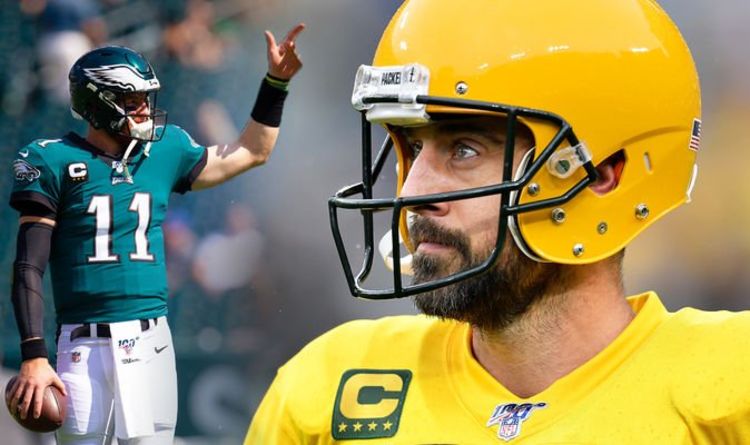 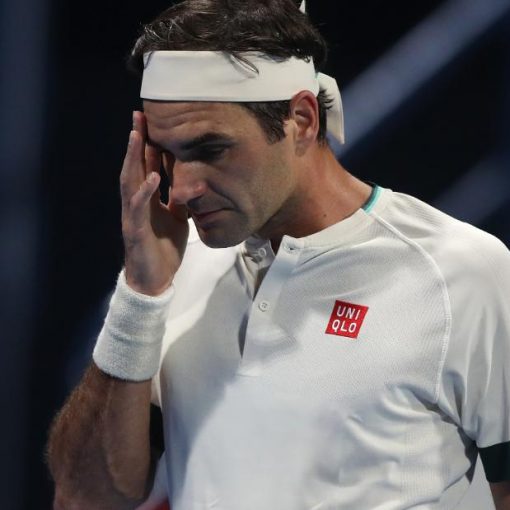 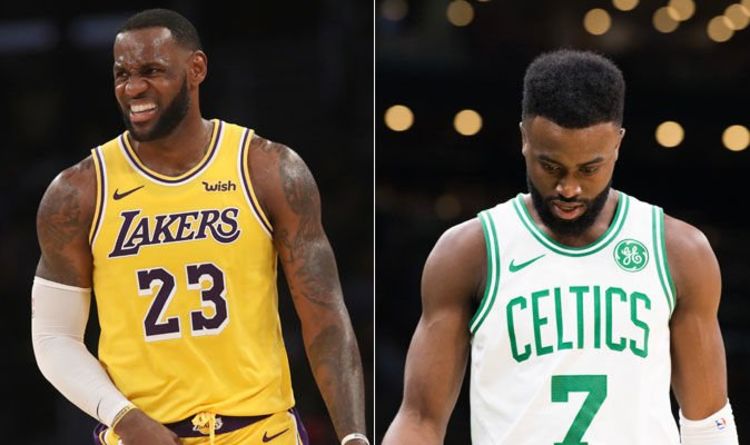