Chelsea are set to join the race to sign Borussia Dortmund starlet Erling Haaland after Frank Lampard told his board the Norwegian is to ‘become the top target,’ according to reports.

Haaland is one of the most sought after strikers in world football, having already scored almost 100 senior career goals despite being just 20-years-old.

Now, with a highly impressive 17 goals to his name already this season, Haaland is set to spark a bidding war among Europe’s elite with a series of Premier League sides said to be expressing a real interest. 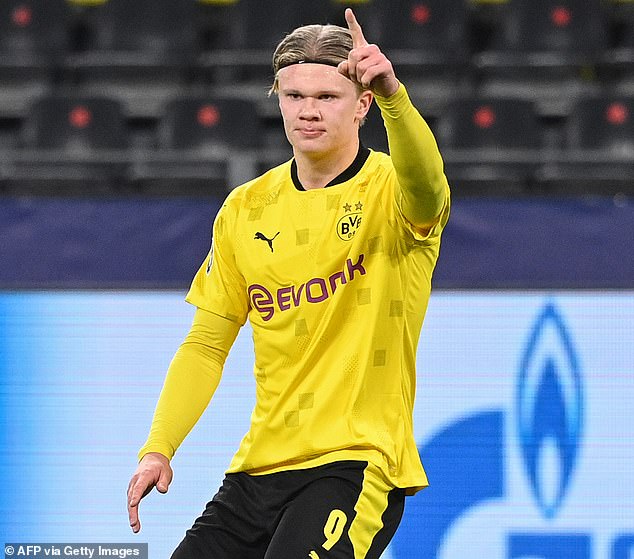 But it is Chelsea who will make their intentions known, according to Sky Italia, who report Lampard has already put in a request to chiefs above him to make a deal happen.

Lampard has allegedly made it clear that Haaland is his number one desired target, despite the club having only recently splashed out £53m to secure the arrival of Timo Werner.

The German striker seemed destined for Liverpool before Chelsea swooped, though has so far appeared to struggle to adapt to Premier League football. 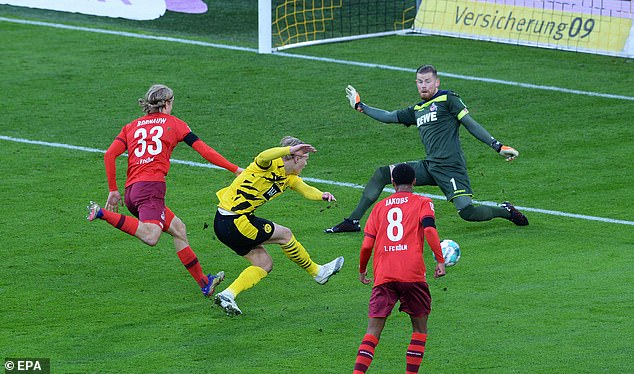 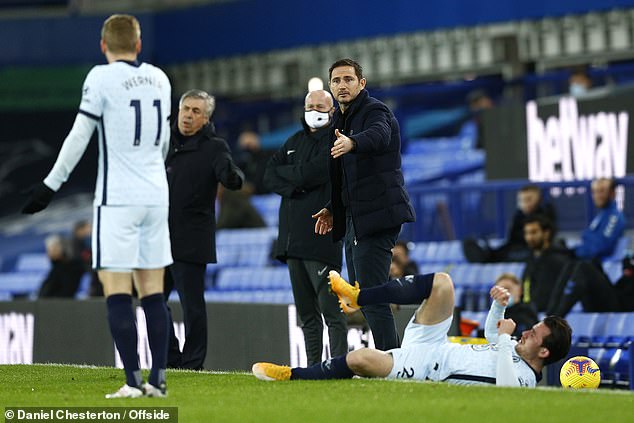 Frank Lampard is said to have made him the ‘top target’, despite recently signing Timo Werner

Should Chelsea advance on Dortmund for Haaland, they would face strict competition.

Both Real Madrid and Bayern Munich have been linked with a move for the striker, while Premier League clubs are also waiting to make their intentions known.

Manchester United and Pep Guardiola’s Manchester City are both tipped to make a move, with the latter looking for a long-term replacement for club legend Sergio Aguero.

Guardiola has made no secret of his desire for an out-and-out forward, who can keep City hitting the back of the net once Aguero departs the Etihad.

City are said to be hopeful of playing on the heartstrings of Haaland, whose father Alf-Inge formerly played for the club. 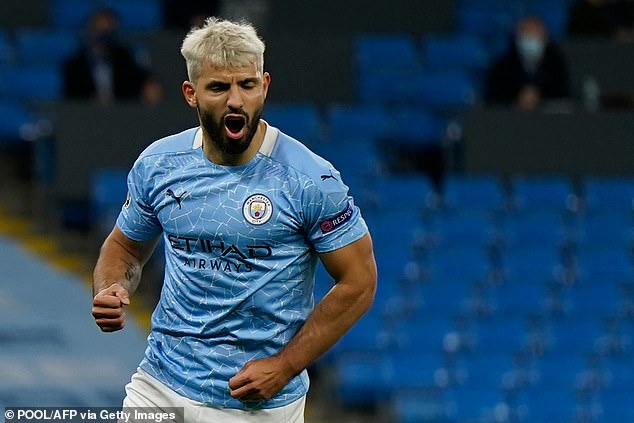 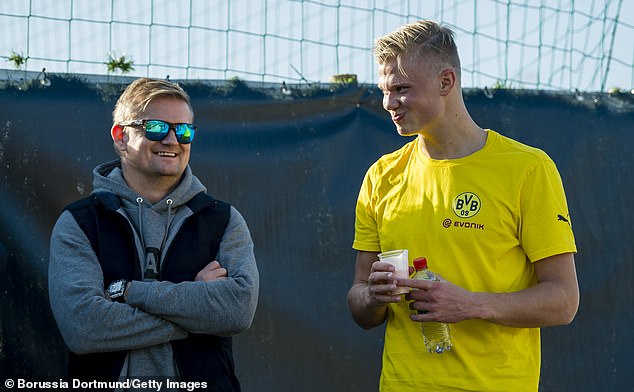 Haaland’s current deal runs until the summer of 2024, meaning Dortmund have no obligation or real need to sell.

Speculation has mounted regarded a potential release clause in the striker’s deal, which is reported to be around the £65m mark though is said to only come into play from 2022.

Dortmund are yet to publicly confirm whether talk of a release clause for their star striker is true. 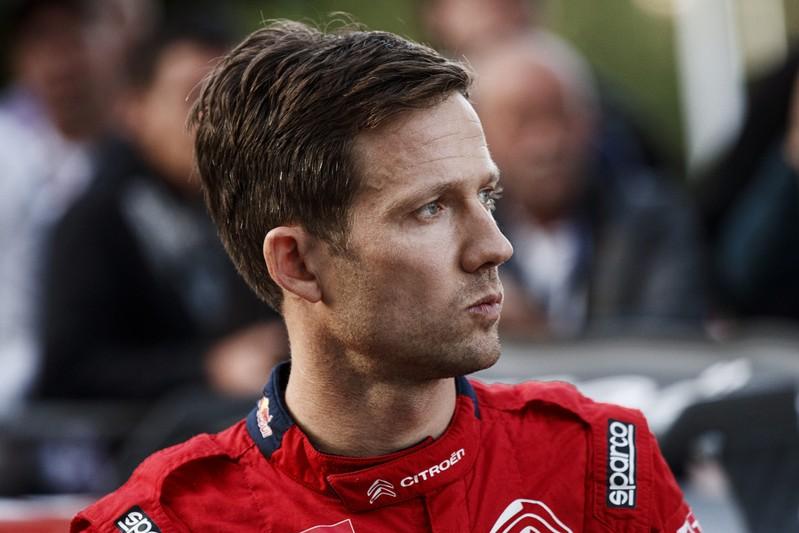 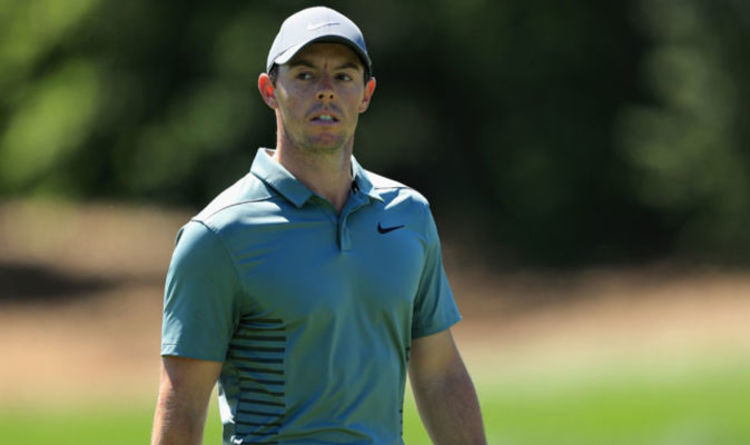 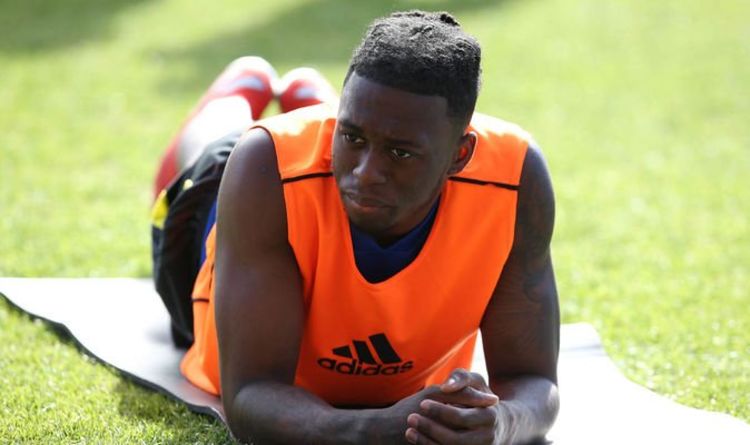 The Red Devils signed the right-back from Crystal Palace for £50million earlier this summer. And Wan-Bissaka has already won over United fans […] 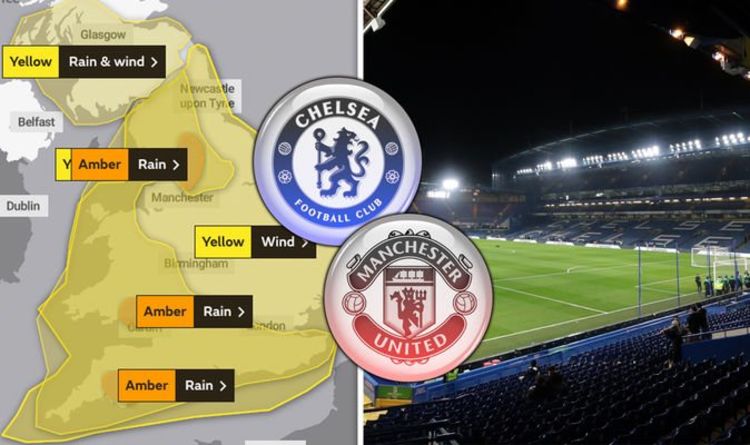 As it stands, the match is scheduled to go ahead as planned. The Met Office’s weather warnings for rain and wind are […]