Skip to content
Camp Pendleton issued a mandatory evacuation for DeLuz Housing, Wounded Warrior Battalion and Lake O’Neill Campground due to the fire near Naval Weapons Station Detachment Fallbrook in the northern part of the 125,000-acre base. The blaze was 35% contained late Thursday morning, according to Cal Fire.
On Thursday night, Camp Pendleton announced on Twitter that its fire department and Cal Fire cleared evacuees to return to their homes.

“A ring has been built around #CreekFire, containing & stopping it from reaching any housing areas. Thank you to everyone for their efforts today, and Merry Christmas,” it said.

The Creek Fire began late Wednesday night near Fallbrook and forced the evacuations of at least 7,000 residents from the community of 30,000 next to Camp Pendleton.

The southwestern part of the state is under a red flag warning — warm, dry, windy conditions — until noon on Thursday. Gusty winds have peaked and will “slowly but surely weaken,” according to the National Weather Service’s San Diego office.

It is common for utility companies to enact a Public Safety Power Shutoff to prevent equipment from sparking fires during such weather conditions.

San Diego Gas & Electric has preemptively shut off power to 6,797 customers while 24,725 customers are under a warning.

Southern California Edison shut off power to 19,216 of its 5 million customers and another 155,368 are under consideration.

No San Diego county customers will be impacted, according to the SCE website.

CNN’s Sarah Moon and Topher Gauk-Roger contributed to this report. 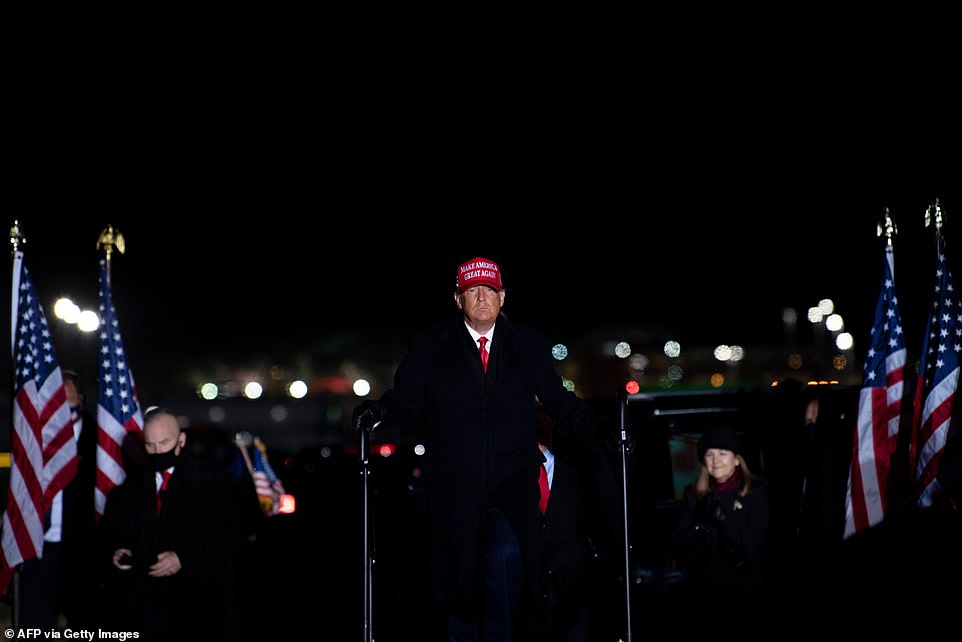 President Donald Trump wrapped up his pitch for a second term in the White House in Grand Rapids, Michigan, with his adult […]

China’s far western region of Xinjiang reported 118 people who tested positive for Covid-19 on Tuesday, according to the Xinjiang Information Office. […]