In 2008, Batmasian, who runs an extensive property management business in South Florida, pled guilty to willful failure to collect and remit payroll taxes.

He repaid the IRS the money he owed and served his 8-month sentence. His business is run in the part of Florida where Trump also owns property.

Boultbee is the former chief financial officer and Atkinson is the former vice president of Hollinger International. Both men were convicted as part of an alleged fraud scheme involving Lord Conrad Black, and served nearly a year in prison for mail fraud.

While working as a border patrol agent, Brugman was accused of knocking an illegal immigrant to the ground and was prosecuted on that basis for deprivation of rights.

He served 27 months in prison.

Charleston was arrested in 2006 for tax evasion.

The White House statement said she is a victim of sex trafficking who has suffered a litany of abuses and endured a life of forced prostitution.

Coughlin pled guilty to a single count of conflict of interest in performing his duties as a Department of Justice official.

He was charged for doing favors on matters before the Department of Justice in exchange for sports and concert tickets.

Coughlin voluntarily surrendered his law license and was sentenced to 30 days in a halfway house and 200 hours of community service.

The wife of former Congressman Duncan Hunter who was pardoned on Tuesday.

They were found guilty of stealing about $150,000 from his campaign funds to pay for a lavish lifestyle.

Kanter was the owner and CEO of Dr. Comfort, a company which manufactures special shoes and inserts for diabetics.

He settled claims in civil court regarding shoe inserts that were technically non-compliant with Medicare regulations before a federal charge was filed against him.

Kanter pled guilty to one count of mail fraud and completed his sentence of one year and one day in 2012.

Kassouf pled guilty in 1989 to one count of filing a false tax return.

Charles Kushner, pleaded guilty to multiple crimes in 2004 and served two years in prison in part for setting up his brother-in-law with a prostitute, videotaping it, and then trying to blackmail him over it.

Lozada, an immigrant from Cuba, was charged in 2004 of conspiring to distribute marijuana.

He served his sentence of 14 months in prison and 3 years supervised release, and paid a $10,000 fine.

Manafort was convicted on eight counts of bank fraud and tax fraud and then made a deal with prosecutors to avoid a second trial.

Once a prominent figure in Palm Beach and south Florida circles, McCarty went to federal prison after both she and her now deceased husband were convicted on corruption charges.

Mohr, who was a Prince George’s County Police Department rookie in 1995 when she responded to a burglary and her police dog bit the suspect, an undocumented immigrant, causing him to get 10 stitches.

Several years later, the FBI launched an investigation into the department and her unit after a series in The Washington Post raised questions about the dogs’ uses.

She served a decade in federal prison over the dog bite.

In 1991, Occhipinti was convicted of conspiracy to violate civil rights under the color of law and making false statements.

In 1987, he was charged with a single count of conspiracy to import cocaine.

He was convicted of various financial crimes in the late 1990s and early 2000s and served a sentence of 27 months in prison as well as paying $400,000 in restitution.

Sam served three years of a 130-month cocaine-related sentence and was the woman who inspired Kardashian to push for criminal justice reform.

Shapiro and Stitsky founded a real estate investing firm, but hid their prior felony convictions and used a straw CEO. Due to the 2008 financial crisis, the business lost millions for its investors.

Both men were found guilty and sentenced to 85 years imprisonment.

Siljander served in the U.S. House of Representatives for 6 years, representing the people of Michigan’s 4th district, where he was one of Congress’ most stalwart defenders of pro-life principles

Siljander served a year in prison for obstruction of justice and failing to register under the Foreign Agents Registration Act.

He pleaded guilty in 2008 to being a felon in possession of a firearm and served a sentence of 18 months in prison and 3 years on supervised release.

Stone was convicted on seven counts of lying to Congress, witness tampering and obstructing the House inquiry into possible Trump campaign coordination with Russia.

Trump commuted Stone’s 40 month sentence back in July but this fully absolves Stone of any record.

Former campaign chairman Benton and campaign manager Tate were found guilty of a plot to make hidden payments to an Iowa state senator in exchange for his endorsement that prosecutors said corrupted the 2012 Iowa caucus process.

Wagner is a single mother of two children who has been in federal custody since her 2017 conviction for health care fraud and money laundering.

Wagner was the only defendant to go to trial and received a sentence of 20 years’ imprisonment and was ordered to pay $15.2 million in restitution.

Worden had just graduated from college and made mistakes in running an investment firm he founded, the White House claimed.

For a two-decade period ending in 1998, II X battled a severe addiction to both cocaine and marijuana. In this period he committed numerous state and federal offenses.

Weldon Angelos, who was sentenced to 55 years in prison when he was 24 years old for selling marijuana and carrying a handgun, also received a full pardon.

‘Because of mandatory minimums, Mr. Angelos was sentenced in 2002 to 55 years’ imprisonment,’ the White House said.

He had no criminal record before he was convicted of selling $350 worth of marijuana to a police informant three times and prosecutors argued he was a gang member who carried a gun during two of those deals, though he was not accused of using or showing a weapon.

The music producer was freed from prison in 2016 after serving 13 years.

Collins, 70, had been the first sitting member of Congress to endorse Trump’s candidacy in 2016 and was a strong defender of the president. He won re-election in 2018 but resigned the next year.

Collins was sentenced to serve two months in federal prison after he admitted to helping his son and others dodge $800,000 in stock market losses when he learned that a drug trial by a small pharmaceutical company had failed.

The former U.S. Border Patrol agents were convicted of assault with a dangerous weapon and lying about the incident after shooting an unarmed undocumented immigrant in 2006 and failing to report it.

Costa is a dentist who pleaded guilty to health care fraud related to false billing, and who is also a close friend and business partner of Ben Carson.

The Trump administration said he took full responsibility for his conduct, served two years of probation, and paid nearly $300,000 in fines and restitution.

Crum, 89, received his pardon this week after pleading guilty in 1952—when he was 19 years old—to helping his wife’s uncle illegally distill moonshine in Oklahoma.

The White House said he had served three years probation and has maintained a clean record since.

Esformes was a Florida nursing home mogul convicted of paying bribes in a Medicare fraud case.

He was convicted on 20 criminal counts in what prosecutors described as a $1 billion scheme, one of the biggest such cases in U.S. history.

Four Blackwater guards contracted by the government who were convicted in connection with the killing of 17 Iraqi civilians in a 2007 massacre in Baghdad.

Blackwater is owned by billionaire Erik Prince, a confidante of Trump whose sister is Betsy DeVos, the education secretary.

The former California Congressman, 44, pleaded guilty a year ago to a single count of conspiring to convert campaign funds to personal use, a felony carrying a maximum penalty of five years in prison.

Lyman is a county commissioner in Utah who was sentenced to 10 days in jail related to his protest of ATV restrictions on federal land.

Lyman’s arrest came amid a push against federal control of large swaths of land and happened in the wake of an armed confrontation that Nevada rancher Cliven Bundy had with Bureau of Land Management over grazing fees.

The Trump administration in 2017 lifted a ban on motorized vehicles in parts of the canyon but left restrictions in place through other areas where Lyman led his ride.

Munoz was convicted of conspiracy to distribute marijuana.

She had served 12 years of a 20-year prison sentence on a drug conspiracy charge after being convicted for her role in a marijuana smuggling ring.

She contended her only role was drawing a map others allegedly used in moving the drugs from Mexico to Texas and that her lawyer failed to adequately defend her.

Trump has commuted the remainder of Hall’s term of supervised release.

He previously commuted her term of incarceration after she had served nearly 14 years of an 18-year sentence for allowing her apartment to be used to distribute drugs.

The president also commuted the remainder of Negron’s term of supervised release after he commuted her term of incarceration after she had served 8 years of her sentence.

She was sentenced to 35 years for her role as a minority-owner of a healthcare company engaged in a scheme to defraud the Federal Government.

Papadopoulos, a former Trump campaign aide, admitted to lying to investigators looking in to Russian meddling in the 2016 presidential election and in 2017, pleaded guilty to lying to FBI agents about the timing and significance of his contacts with people who claimed to have ties to top Russian officials.

He served 12 days of a 14-day sentence in federal prison, then was placed on a 12-month supervised release.

While stating at his sentencing hearing that he had made a ‘terrible mistake’, since his release from prison, Papadopoulos has claimed that he was targeted as part of an anti-Trump agenda.

Former Republican Representative Steve Stockman of Texas, 64, was convicted in 2018 of misuse of charitable funds.

He was found guilty of conspiring to bilk at least $775,000 from conservative foundations that intended the donations for charities and voter education.

Prosecutors said Stockman, who served in the U.S. House of Representatives from 1995 until 1997, and from 2013 until 2015, misused donations from the foundations for personal and political use.

Van der Zwaan was sentenced to 30 days in prison and fined $20,000 for lying to Mueller’s investigators about contacts with an official in Trump’s 2016 campaign. 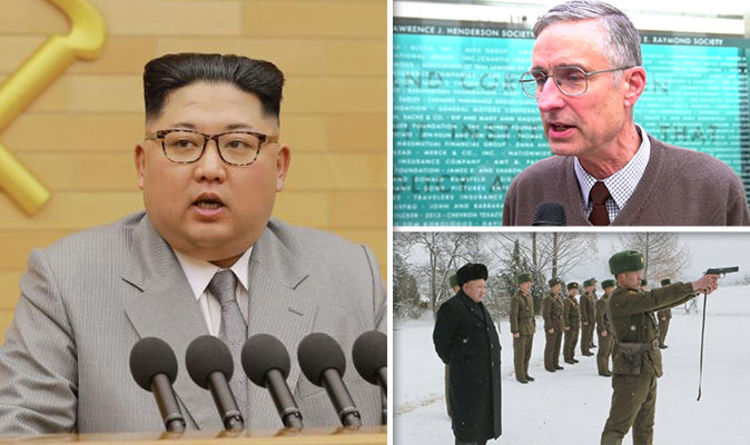 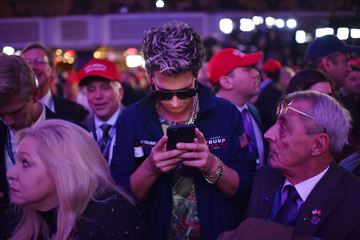 Get the Think newsletter. SUBSCRIBE Polls suggest that the majority of Americans will blame either the Republican Party or President Trump for […] 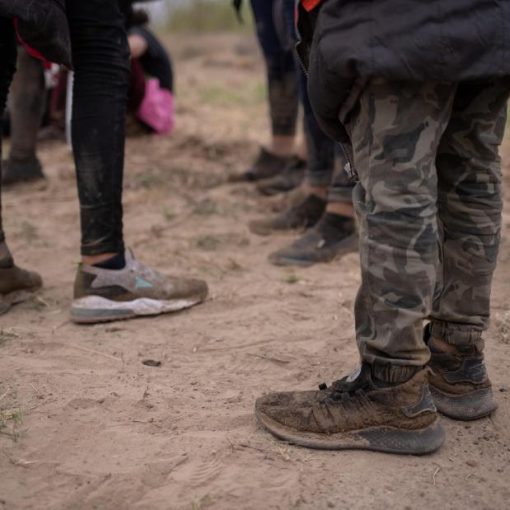 A pair of memos issued Monday from Tae Johnson and Troy Miller, the acting heads of Immigration and Customs Enforcement and Customs […] 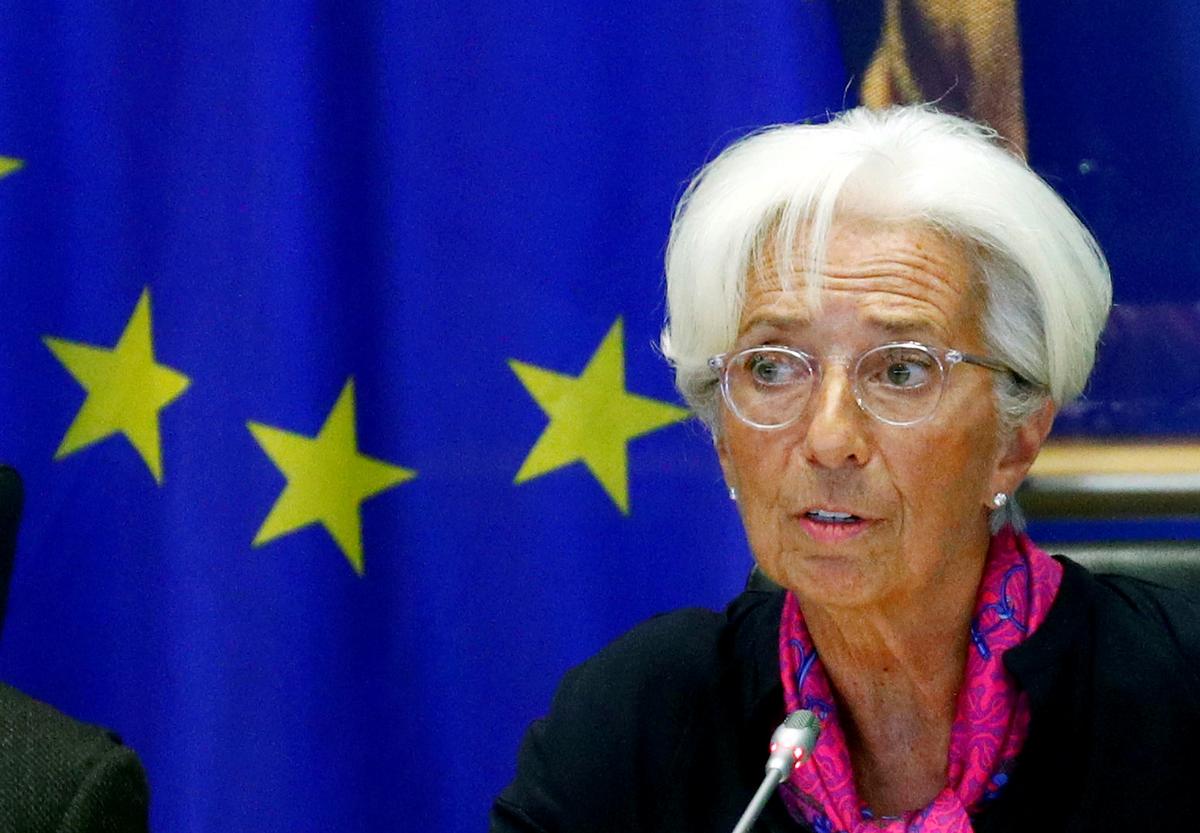 FILE PHOTO: Christine Lagarde, the next president of the European Central Bank, speaks to the European Parliament’s Economic and Monetary Affairs Committee […]