Real Madrid manager Zinedine Zidane was non-committal about club captain Sergio Ramos’ future – but said he was satisfied with the terms of his own deal, which expires in 2022.

Los Blancos suffered a disastrous start to the season as they suffered embarrassing LaLiga losses at home to Cadiz and Alaves and saw their hopes of qualifying for the Champions League knockout phase go down to the wire.

However, Zidane has steadied the ship as Real defeated Borussia Monchengladbach 2-0 to progress in Europe, a victory and clean sheet that fell between a 1-0 win over Sevilla and a 2-0 derby triumph over Atletico Madrid. 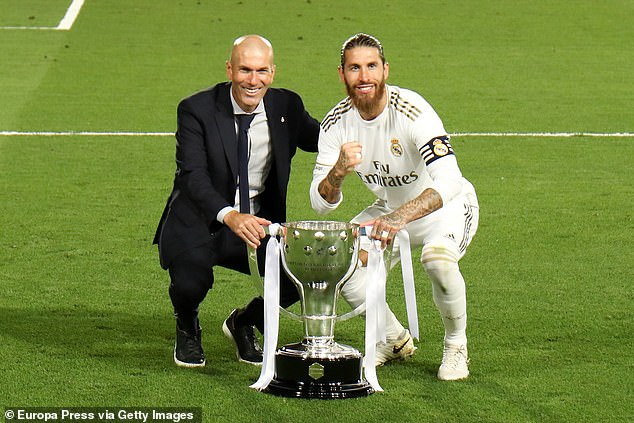 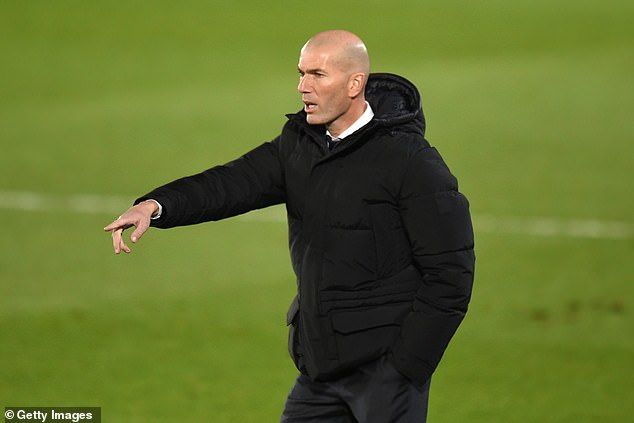 They backed the latter success with a 3-1 victory over Athletic Bilbao and now sit third, three points behind Atletico (although they have played a game now).

Ramos has been part of the club’s last three wins after recovering from a muscle tear sustained last month that kept him out for three weeks, but his contract expires at the end of this season and, given that he will be 35 by then, a new deal has not yet been agreed.

The Spain international has reportedly received offers from England and Italy and would be free to discuss a move abroad next month, with Ramos said to be seriously considering leaving the club he has scored 100 goals for since his debut in 2005.

Speaking before his side face Eibar on Sunday, Zidane complimented the Real stalwart for his dedication, but stopped short of expressing a wish for his skipper to extend his stay.

‘He is looking well, because he is convinced that he will continue and that is the most important thing,’ said Zidane.

‘I see him playing football for many years because he is someone who takes great care of himself. 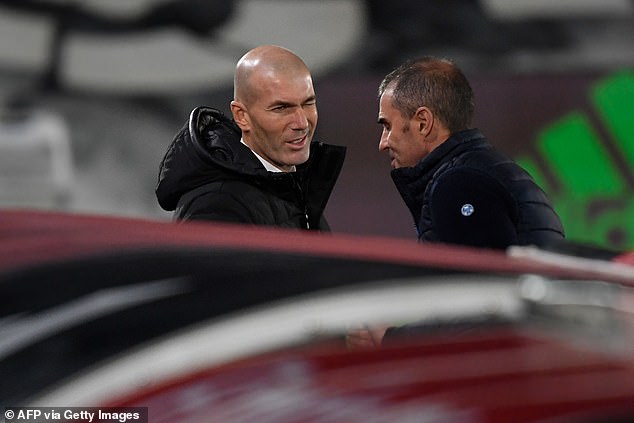 ‘If you want to continue and take care of yourself, you have a great chance of continuing for a long time and I’m not surprised by what he does.’

On his own future, Zidane said he was in no rush to request new terms, given that his current contract expires a year after Ramos’ deal does.

‘I have nothing in mind. I have a contract until 2022 and I will not ask for anything,’ he revealed. ‘I am fortunate to say that I am at the best club in the world.’

If he hadn’t seen such riches he could live with being poor. Any assessment of a run for Rory McIlroy without claiming […]

Sunday’s crisis is Thursday’s shining beacon of hope. A visit to one of the more feted sides in a competition they would […]

2.48pm GMT14:48 Ralph Hasenhuttl says Southampton’s victory over Manchester City last season was important in showing them that they had the quality […]

When Rory Burns and Jason Roy walk out to bat for England against Ireland at Lord’s this week, it will be a […]