What a shambles. How uncomfortable was it watching David Luiz play on after such a sickening clash of heads with Raul Jimenez?

That happened inside the first five minutes. The fact he was then removed at half-time told us everything we needed to know about player welfare in the Premier League. The impact resulted in Jimenez being put on a stretcher and taken to hospital. Luiz was hit with the same force, yet he was allowed to continue.

Arsenal staff no doubt asked the Brazilian: ‘You OK? How many fingers am I holding up?’ Then they taped him up and practically said: ‘Off you pop.’ 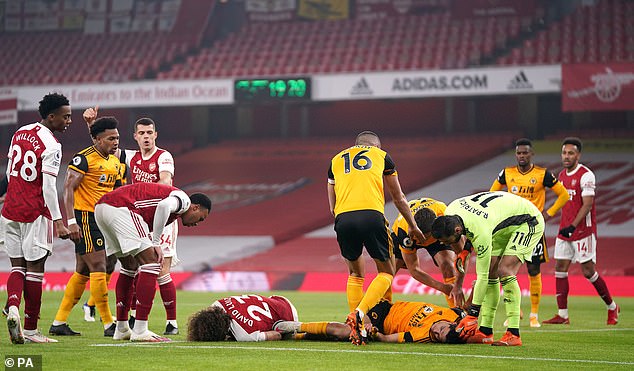 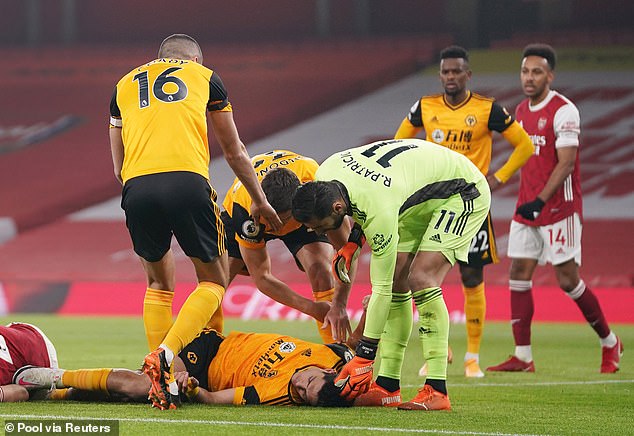 For the rest of the half, we saw blood seeping through Luiz’s bandages. It was grotesque and emphasised how flimsy the concussion guidelines are.

Of course, Luiz said he was fine to continue. Footballers don’t want to let their team-mates down. But they need saving from themselves. 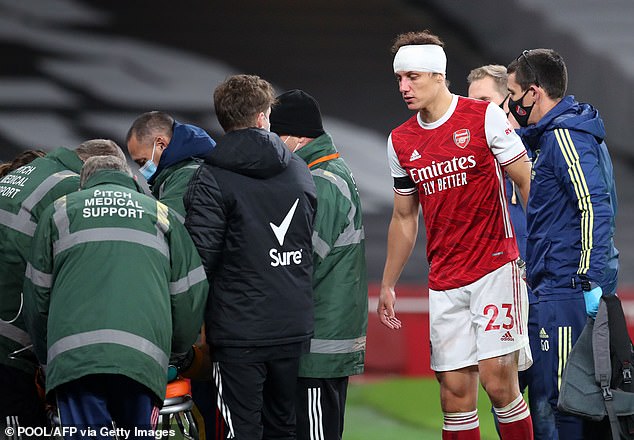 After an impact such as this, Luiz should have been taken off the pitch to be assessed, at the very least.

If concussion substitutes were allowed in the Premier League, Arsenal’s medical department could have had Luiz checked properly by a doctor. If, after a full assessment in private, Luiz had passed with flying colours, he could have continued. I’m assuming he didn’t pass a test at half-time, given he was hooked by Mikel Arteta. It’s time football wised up.

As Dr Willie Stewart tweeted on Sunday night: ‘IFAB (the game’s lawmakers) decided this week the answer was an extra sub on the bench. Arsenal-Wolves demonstrates why that is no solution at all.’

Horse racing got a walk-on part in the Liberal Democrat manifesto, published on Wednesday, in the form of a pledge to “establish […]

Steven Gerrard tells a story in his first autobiography, published in 2006, that illustrates just what an overwhelming experience it can be […] 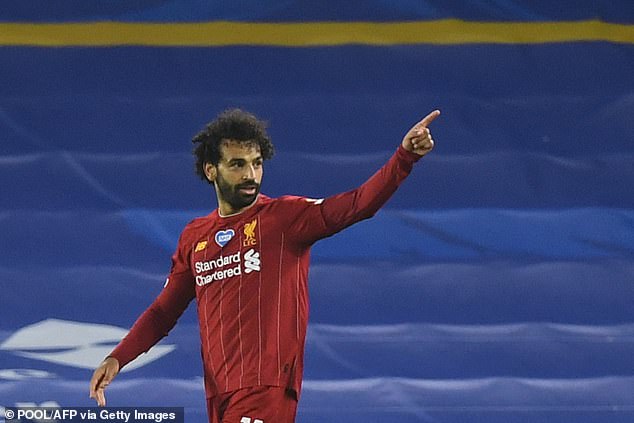 ‘He’s a striker, how can it not be a motivation for him?’: Mohamed Salah is keen to win the Golden Boot for […]