Last month, Anil Hebbar, a health entrepreneur, spoke to the media about his experience volunteering for a COVID-19 vaccine trial at King Edward Memorial Hospital in Mumbai, India. He says he wanted to demystify the process of volunteering in a trial. But the hospital’s dean, Hemant Deshmukh, responded with a threat, telling The Times of India the hospital may “be forced to not give this volunteer the second shot” in the study.

Hebbar ultimately did receive his second dose. But the exchange highlighted ongoing concerns about the transparency of India’s COVID-19 vaccine trials. The nation now has five vaccine candidates in various stages of human testing. But the design, conduct, and regulation of these trials is often opaque, said researchers, bioethicists, journalists, lawyers, and others who participated in webinars hosted this month by the nonprofit Sama Resource Group for Women and Health.

“Don’t ask the public to trust you blindly,” says Amar Jesani, editor of the Indian Journal of Medical Ethics. “Come and gain the trust of the people, that is what I would ask.”

“Much of what we’re learning about the trials now is from bits and pieces of information being deposited in the press,” says Anant Bhan, an independent policy and bioethics researcher. That’s a problem because that doesn’t give a clear picture of who’s involved in the vaccine trials and their roles, or the study designs and timelines, he says.

The trial Hebbar took part in has helped highlight such concerns. The study, sponsored by the Serum Institute of India, is testing Covishield, the institute’s version of the University of Oxford’s and AstraZeneca’s COVID-19 vaccine candidate. But the institute does not appear to be using AstraZeneca’s phase III testing protocol, say analysts who have examined the few details provided on the Clinical Trials Registry-India (CTRI). The institute’s phase II/III clinical trial, which aims to recruit 1600 healthy volunteers, does not seem to be studying efficacy, but is instead focused on safety and quantifying the immune response the experimental vaccine provokes, Jesani says. That’s not necessarily an unusual approach, vaccine specialists say. But in India, “It’s difficult to make any judgement because [the institute’s] protocol is not in the public domain, although AstraZeneca has published theirs,” Jesani says. “That makes one wonder why there’s a double standard.”

In general, most nations do not require vaccinemakers to publicly share their testing protocols, but several companies have taken that step with COVID-19 vaccine candidates in order to bolster public trust. In India, however, no company testing a COVID-19 vaccine has released complete trial protocols, Jesani and others say. By law, the companies have to register basic trial details on the CTRI. But researchers have found that registry entries are often incomplete, and not regularly updated (a problem found in other national trial registries as well). And even when Indian companies do update their trial details, it’s hard to glean why they made changes, Bhan says.

“Everyone is very hopeful about the vaccines and vaccine science,” Bhan says. “But in the interest of trust in the way these trials are being run, it is good to have the protocol out there.”

Other researchers, however, see rigorous safety reviews as even more important than the publication of protocols. “I understand the demand for publishing protocols, but I don’t necessarily see the need for every information about trials to be out in the public domain,” Vineeta Bal, an immunologist at the Indian Institute of Science, Education and Research, said last month. Instead, Bal would like to see frequent evaluation of safety and adverse events by the relevant authorities. Just this week, Bharat Biotech, one company testing a COVID-19 vaccine, confirmed there was a serious adverse event during its phase I trial in August. The company noted that its protocol was followed and that the “adverse event was investigated thoroughly and determined as not vaccine related.”

Some critics would also like to see India’s regulators to do more to promote transparency. They note that the national government does not disclose the names and institutional relationships of the experts present during each clinical trial proposal meeting for COVID-19 vaccines and drugs. These subject expert committees review the proposals and send recommendations to the government’s Central Drugs Standard Control Organisation (CDSCO), which decides on their approval. The opacity makes it impossible to evaluate any potential conflicts of interest. “The committee is representing the public, and people have the right to know who these experts are,” says Santanu Tripathi, a clinical trials specialist at the Calcutta School of Tropical Medicine.

The All India Drug Action Network (AIDAN), an alliance of advocacy groups, has sent CDSCO three letters asking it to release details about review panel members, but has met with little success. After AIDAN’s first letter in June, the panel did start to release meeting minutes, but they were brief and lacked detail explaining decisions, Jesani says.

The drugs controller general of India, who oversees CDSCO, did not respond to requests for comment. However, A. K. Pradhan, deputy drugs controller, said during a webinar this month that Indian regulators are considering adopting more transparent data-sharing practices, such as those used by the U.S. Food and Drug Administration (FDA) and the European Medicines Agency. “But there are issues,” he said. “If we cannot adopt [such policies] properly, the companies can sue us.”

The secrecy surrounding CDSCO’s advisory panels and the agency’s regulatory decisions has previously come under fire. For example, after Indian regulators approved restricted emergency use of repurposed drugs such as itolizumab, remdesivir, and favipiravir to treat COVID-19, outside researchers argued the moves were based on poorly designed studies and inadequate data.

Research institutes and hospitals involved in vaccine testing also need to be more transparent, critics say, as do those institutions’ ethics review committees. Some sites are small hospitals with no prior experience in such studies, they note. “It would be confidence building to have more information out there,” Bhan says.

Even the publicly funded Indian Council of Medical Research (ICMR), which is both supporting research and co-sponsoring some of the vaccine trials, has not been forthcoming, observers argue. “There’s a lack of transparency around the terms of ICMR’s engagement, involvement, and quantum of public funds involved,” says Malini Aisola, co-convener of AIDAN.

Samiran Panda, head of epidemiology at ICMR, says the institute has taken steps to ensure open communication with the public. It has, for example, created a vaccine portal that provides information about ICMR’s COVID-19 research. Panda says ICMR has also published the results of animal studies involving vaccines, and notes that a “decision on whether any vaccine comes into the market is the prerogative of the regulatory authority, not ICMR.”

With India touted by some media outlets as a major international vaccine manufacturer and supplier, trust in the country’s testing and regulatory processes is important, Aisola says. And greater transparency would also help build public confidence within India, Jesani adds. There are signs of vaccine hesitancy in the country—a survey by LocalCircles, a community social media engagement platform, found that more than 60% of the respondents would be reluctant to take a vaccine when it arrived.

Many critics hope Indian officials will be more open and not repeat attacks like the one made on Hebbar, the study volunteer. The threat to withhold his second dose, they say, represented a potential breach of medical ethics. And it was very poor public relations, too, Bhan says. “If research participants, of their own volition, want to talk about their experiences, I don’t think you can stop them,” he says. “What is there to hide?”

Reporting for this story was supported by a journalism grant from the Thakur Family Foundation, which has not exercised any editorial control over its content. 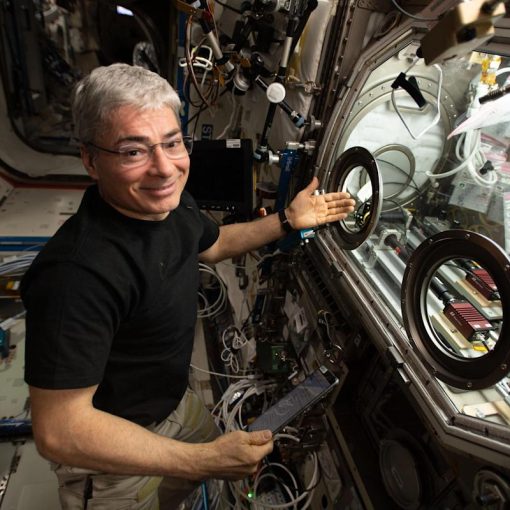 NASA astronaut Mark Vande Hei, who broke a record earlier this month for the single longest spaceflight by an American explorer, returned […] 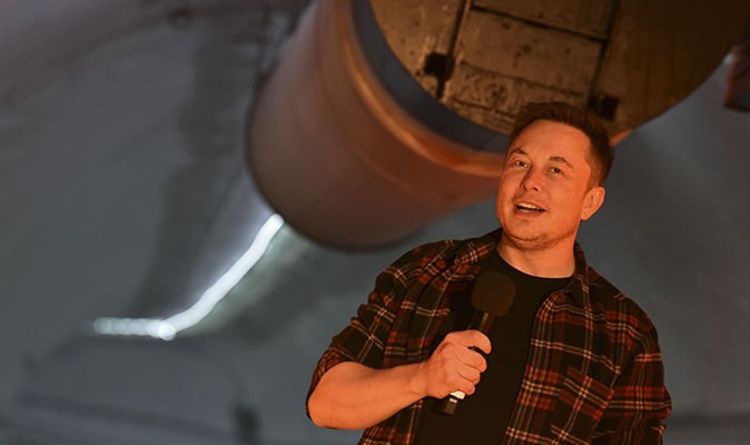 The billionaire entrepreneur’s mile-long tunnel is designed to help ease traffic jams and revolutionise transport. It is the first tunnel to be […] 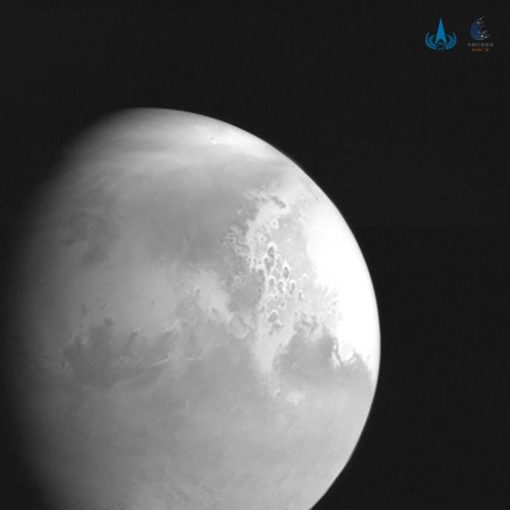 China’s Tianwen-1 probe has sent back its first image of Mars, the national space agency said, as the mission prepares to touch […] 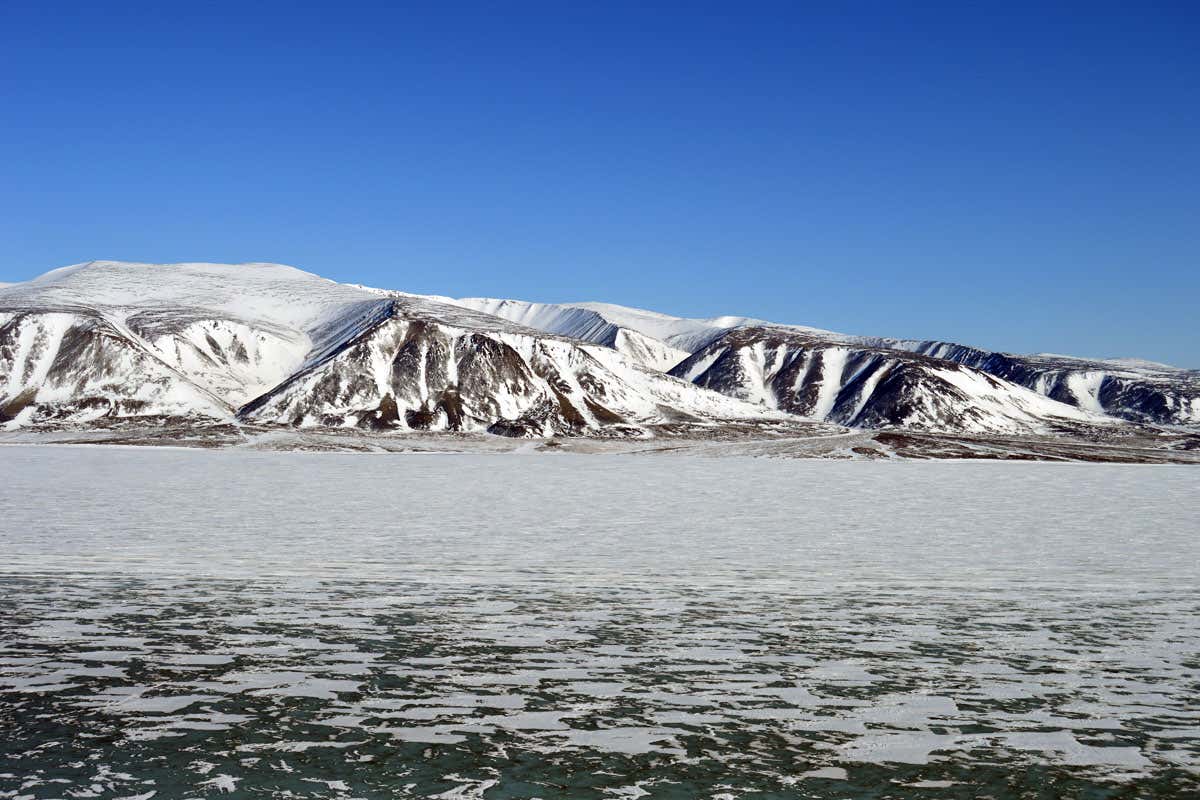