U.S. doctors are worried that their patients won’t return to get a second dose of coronavirus vaccine if the Centers for Disease Control and Prevention (CDC) doesn’t give them a clear, upfront warning that none of the shots will be a ‘walk in the park.’

‘As a practicing physician, I have got to be sure my patients will come back for the second dose,’ said Dr Sandra Fryhofer of Emory University during a Monday meeting with officials, attended by CNBC.

‘We really have got to make patients aware that this is not going to be a walk in the park.’

Participants in trials for vaccines made by Pfizer, AstraZeneca and Moderna have described the side effects of the shots as similar to the symptoms of COVID-19 itself.

On the other hand, convincing Americans – especially some who are high-risk, including black and Latinx people in the U.S. – that COVID-19 vaccines are safe to take has been a challenge to begin with.

Ultimately, it will be up to states to decide how to distribute vaccines to their populations, and who will get them first, HHS Secretary Alex Azar announced Tuesday – and that will include how to talk to their residents about vaccination.

CDC and state officials as well as individual doctors will have to walk a thin line between telling hundreds of millions of Americans what to expect from a coronavirus vaccine and avoiding scaring them off from getting the shots. 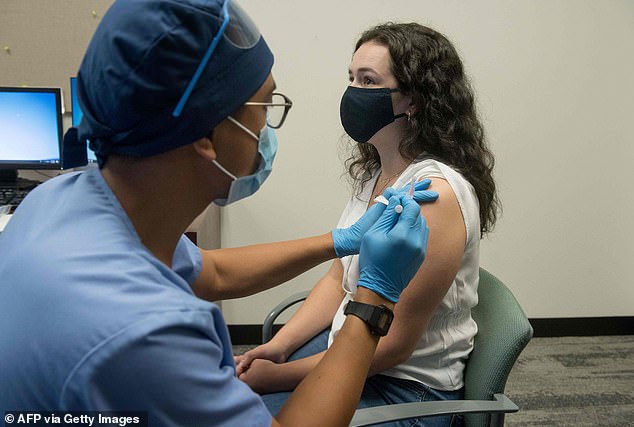 Doctors advising the CDC on how to distribute coronavirus vaccines urged official to warn Americans that the shots could leave them with side effects like fatigue, aches and fevers – not unlike the virus itself – while convincing people to get both doses of the shots (file)

Overall, trials for all three shots deemed them safe and ‘tolerable,’ meaning the risks of their side effects were clearly outweighed by the shots’ benefits.

But ‘tolerable’ does not mean that the shots have no effects.

Like most vaccines, the three COVID-19 jabs come with some soreness and aches at the injection sites and throughout the body.

According to participants in each trial, however, the coronavirus vaccines pack more of a punch than most.

Coronavirus vaccines might leave us laid up for a day with headaches, fevers, sore muscles, shivering chills and no energy, participants in trials for Moderna’s and Pfizer’s shots told CNBC.

But the side effects will be worth it, and fade after a day, they added.

Vaccines of all kinds commonly come with side effects – some more unpleasant than others. 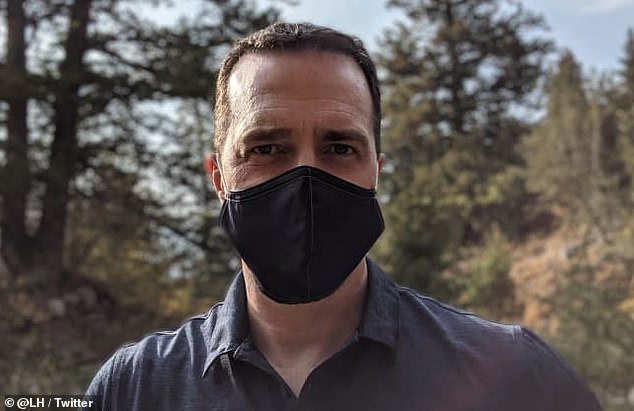 Luke Hutchinson, 44, volunteered to participate in Moderna’s coronavirus vaccine trial. After his second dose of the shot, he developed a fever, aches that left him bedridden for the day and with chills so bad he cracked a tooth while shaking. He told CNBC he wishes he’d had warning, but thinks  the shot’s protection is worth the discomfort.

His first shot left Hutchinson with just mild side effects, but he compared his symptoms to ‘full-on COVID’ after the second shot

Luke Hutchinsons, 44, was prepared for that possibility after signing up to help test whether Moderna’s shot worked, safely.

He felt a bit less than 100 percent for a few days after the first dose but eight hours after his second dose on September 15, the healthy computational biologist was too weak to leave bed, running a high fever and writhing with pain and shivers.

It even got harder for Hutchinson to breathe. The experimental COVID-19 vaccine left him feeling like he’d contracted the virus it was meant to protect him against.

He wasn’t the only one. CNBC spoke to two other participants in the Moderna trial and two enrolled in Pfizer’s vaccine trial, all of whom reported intense – but thankfully brief – side effects.

In addition to their side effects, the vaccine testers share the opinion that most people should still get a COVID-19 vaccine, once one has been approved.

Their advice to the vaccine makers echoed that of the doctors on the Monday call: warn people what they are in for after getting their shots.

Vaccines work by tricking the body into thinking it’s been infected with the pathogens the shot is designed to protect against.

By doing so, the shot trains the immune system what to look for, so that it’s primed and ready to fight off the real danger when we encounter it. 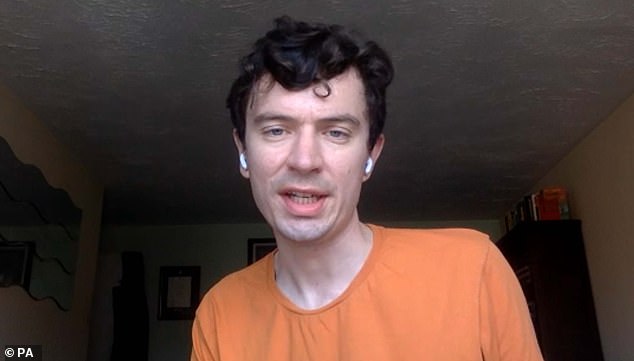 Sarah Hurst, 47, from Goring-on-Thames and Jack Somers, 35, took part in the trials. Ms Hurst said it gave her a ‘tiny sense of pride’ to have been a volunteer in the trials

But some of the symptoms we experience when we catch a virus, like a cold, or the flu or coronavirus itself are due to that immune response.

This crossover between what it feels like to have a virus and to get a shot that ramps up your immune response as if you have a virus has caused confusion, including the incorrect belief of many who are vaccine hesitant that vaccines, like those against measles or the flu actually ‘give’ the recipient the respective viruses.

Still others who are vaccine hesitant realize that what they experience after a shot is a reaction, but would rather take the risk of possibly contracting a virus than sign up to knowingly sign up for a known possible ‘adverse event.’

Importantly, not all COVID-19 recipients experience these effects.

Nevertheless, how clinicians giving vaccines prepare the recipients to get their shots, which come in two doses, will be crucial, the experts on Monday’s call said. 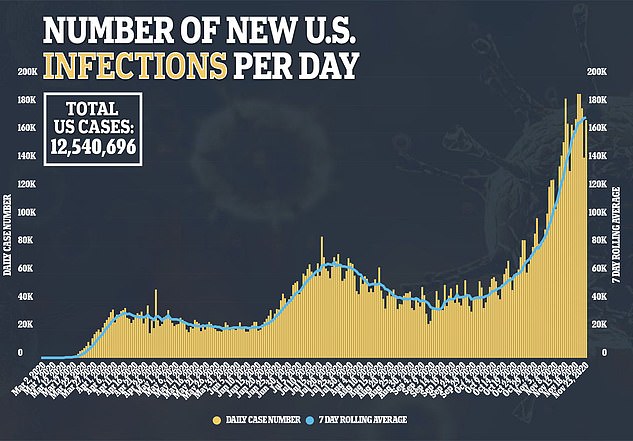 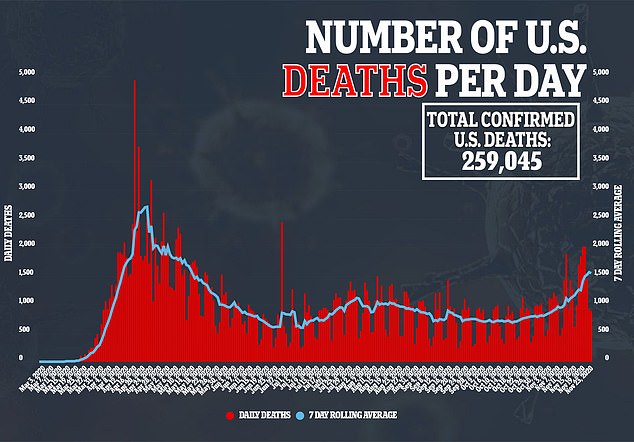 Patsy Stinchfield, a nurse practitioner at Children’s Minnesota made the point that the language clinicians use to talk about the shots could make a difference.

She suggested explaining potential aches, pains, fevers and chills as a ‘response’ to the vaccine, rather than an ‘adverse reaction,’ according to CNBC.

‘These are immune responses, and so if you feel something after vaccination, you should expect to feel that.

‘When you do, it’s normal to have some arm soreness or fatigue, some body aches and maybe even a fever. It sounds like in some of these trials, maybe even having to stay home from work.’

That was the case for one North Carolina woman who took part in Moderna’s trial.

‘The first dose is no big deal. And then the second dose will definitely put you down for the day for sure…You will need to take a day off after the second dose,’ the woman in her 50s told CNBC this summer.

‘If this proves to work, people are going to have to toughen up,’ another Moderna trial participant said.

Participants in Pfizer’s trial in Australia also claimed they suffered migraines and fevers.

Jack Sommers, a 35-year-old journalist who took part in Oxford’s trial in the UK described having a low-grade fever and an achy arm after vaccination, but told Daily Mail Online he was very happy to have participated and felt like a member of a winning team after hearing that the shot he’d helped test worked. 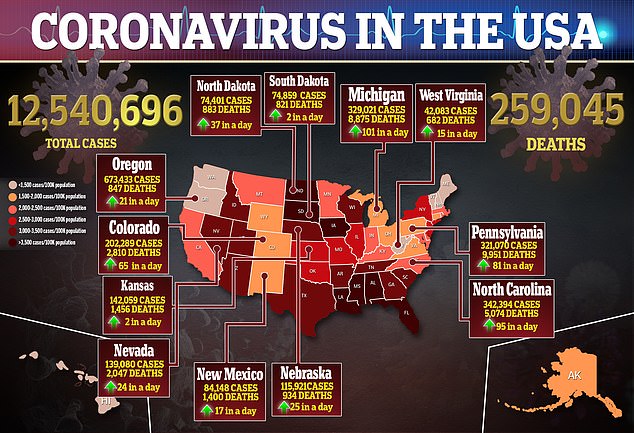 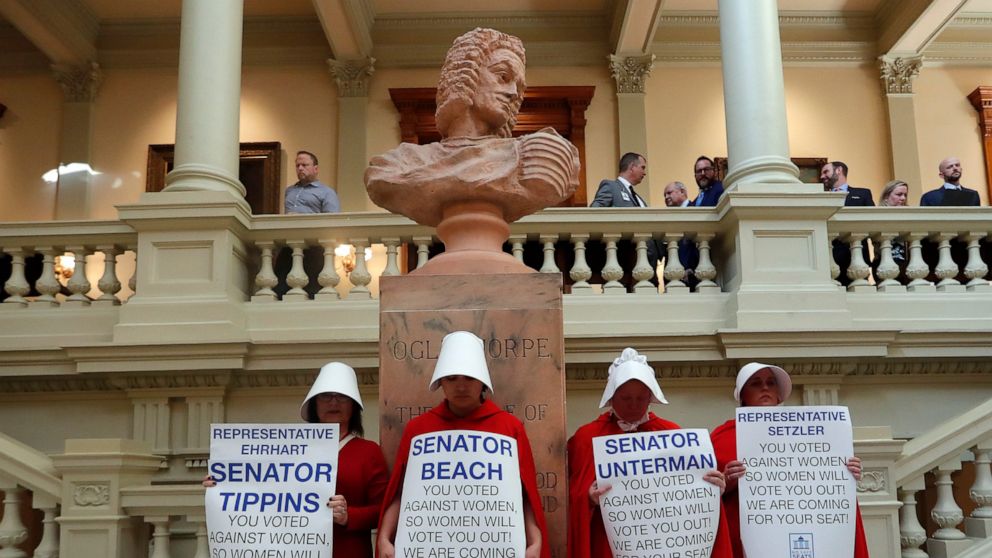 Alabama is the latest Republican-leaning state seeking to enact a strict abortion ban as conservatives take aim at the 1973 U.S. Supreme […]

KHARTOUM (Reuters) – More than 11,000 people in Sudan’s eastern state of Kassala have been infected over the past month by Chikungunya, […]