Waylon Young Bird, a 52-year-old federal prisoner with severe kidney disease, did not give up after his request for a compassionate release because of COVID-19 risks was denied in June.

He wrote a letter to his judge that same week pleading for mercy. Then another a day or two later.

“I’m writing again because this morning, around 10 a.m., an inmate next to me said, ‘It’s here, Chief,’” wrote Young Bird, a Native American from South Dakota.

“It’s official now, that the first case of coronavirus is here at Springfield, Mo., medical center.”

Young Bird had been incarcerated at the facility since September 2019 on an 11-year sentence for distributing methamphetamine. The institution houses roughly 840 inmates with severe medical problems.

As the summer dragged on and the coronavirus rampaged across middle America, Young Bird kept writing to U.S. District Judge Roberto Lange.

On June 14, he wrote that he feared the virus will soon start spreading, he didn’t want to die behind bars and he longed to see his disabled sister and his four kids “who need me.”

On Aug. 7, he told the judge that he found out his “aunty mom,” Joann Young Bird, had died and how he wished to attend her funeral.

And finally, in a letter dated Oct. 28, he wrote that dozens of inmates in his unit had tested positive but he was, so far, one of the lucky ones.

“I’m afraid I may be infected by the time you read this letter,” he wrote. “Please as a compassionate judge, can you help me thru this situation.”

Young Bird tested positive for the virus the next day. He died exactly a week later, according to the Bureau of Prisons.

“I find it very hard to comprehend,” said one of his daughters, Casina Brewer, 26. “I just feel like he was ignored.”

Three other inmates from the Springfield facility died on the same day as Young Bird. At least seven have succumbed to the virus this month alone, according to the Bureau of Prisons.

“We have very vulnerable people in one place, and my experience is prison medical centers do not operate with the same level of infection control that we find in community hospitals,” said Dr. Homer Venters, former chief medical officer of the New York City jail system.

“There can be devastating consequences.”

Venters, who now works as an expert consultant on health services in correctional settings, has inspected 18 state and federal prisons since the pandemic struck. The Springfield facility was not among them.

He said it’s critical for prison medical facilities to be able to isolate infected patients and still provide them with a high level of care. Yet he’s found that prisons often provide insufficient Covid-19 screening for inmates and staffers and fail to provide the proper training and personal protective equipment needed to ensure a safe environment.

“These are things that were on everyone’s radar in community hospitals by April, but my experience is prison hospitals even today are not functioning with the high level of infection control and PPE they need to protect high-risk patients,” added Venters, who is the president of Community Oriented Correctional Health Systems, a nonprofit that works to improve health care behind bars.

Attorney General William Barr ordered the federal prison system this spring to increase the use of home confinement and speed up the release of eligible high-risk inmates.

The Bureau of Prisons is supposed to prioritize inmates who have served half of their sentence or inmates with 18 months or less left and who served at least 25 percent of their time.

Since the start of the pandemic, the agency has released 17,530 inmates to home confinement.

Federal inmates can also get out of prison early through a compassionate release, which is authorized by a judge and amounts to a sentence reduction to time served. But prisoners must first file a request with the institution’s warden. After a warden denies the request or 30 days pass with no response, the inmate can then petition their sentencing judge.

According to data compiled by the Marshall Project, federal prison wardens denied or ignored more than 98 percent of compassionate release requests.

“Most of the people who are high risk in prison are still in prison,” Venters said.

Young Bird wasn’t the only Springfield inmate to die from Covid-19 after being denied a request to be released from the virus-hit facility. At least two other inmates who were also suffering from kidney disease, Torrick Lyles and David Cross, also succumbed to the coronavirus after their bids were denied, according to court documents.

The Bureau of Prisons said it could not comment on specific inmates and did not directly respond to questions about the outbreak at the Springfield facility. But the agency said it has taken a series of measures to mitigate the spread of the virus inside its institutions and has “emerged as a correctional leader in the pandemic.”

A spokesperson for the prison medical center in Springfield did not respond to a request for comment.

Young Bird was arrested in March 2018 when, during a traffic stop on the Cheyenne River Indian Reservation, officers found 10 grams of meth hidden in his sock in eight baggies. A federal jury convicted him on one count of conspiracy to distribute and one count of possession with intent to distribute methamphetamine.

Young Bird first submitted a request for compassionate release in November 2019, just two months after he arrived at the prison medical facility in Springfield. He cited a series of health problems, including kidney failure, congestive heart failure, diabetes and asthma, court documents show.

Young Bird was on dialysis for his kidney disease, his heart operated at half the normal rate and one of his toes was amputated due to diabetes, the documents say.

The warden denied his request on the grounds that his condition was not terminal and his life expectancy was greater than 18 months.

As the Covid-19 crisis worsened, Young Bird petitioned the judge who had sentenced him.

In his court motion, Young Bird’s attorney argued that his serious health conditions, exacerbated by the Covid-19 pandemic, amounted to an “extraordinary and compelling reason” to reduce his sentence to time served or impose a period of home confinement.

By then, Young Bird had written a letter to his hometown newspaper apologizing to those people in the Cheyenne River Sioux Tribe that “I hurt through my drug and alcohol use.”

“I was addicted to methamphetamine (crystal meth) and alcohol, a legal drug,” Young Bird wrote. “Both are very hard to get off, there in the free world. I have disappointed a lot of my people, and carry a lot of shame and regret.”

The government opposed his release, saying in court papers that he still presented a danger to society. Judge Lange ultimately denied the request, saying it was not clear to what extent Young Bird’s life was threatened by the virus and that the Bureau of Prisons has “taken precautions to protect him and his fellow inmates.”

Reached for comment following Young Bird’s death, Lange said a change in circumstances would have made him more amenable to releasing the ailing inmate.

“Had he served a bit more time and had a bit more of a penalty, I would have likely considered his compassionate release motion differently,” Lange told NBC News.

Complicating the situation, Lange said, the Cheyenne River Sioux Tribe had banished Young Bird from his home due to the drug conviction.

“This person could literally be out on the street, needing dialysis, barred from his home community,” Lange said. “My goodness, what do you do?”

“I’m very saddened by his death,” the judge added. “It’s terrible how the virus has affected inmates both in federal and in state custody, and I just wish Mr. Young Bird’s family the very best.”

Young Bird wrote Lange a total of 17 letters starting in mid-March. The prolific letter writer never mentioned, however, what he did shortly before he was arrested.

Following the death of his sister, Young Bird hosted a large dinner in the South Dakota town of Dupree to honor her memory. It ended with an extraordinary act of generosity, his family members said.

“He bought blankets, sweaters, socks, dreamcatchers — anything you could think of,” said his aunt Jo Lynn Little Wounded. “He just passed them all out to the homeless people in the community. It was something I’ll never forget.”

After Young Bird died, Little Wounded wanted to do the same thing to honor him.

But the virus was spiking in North Dakota.

There would be no big dinner. No giveaway.

About 100 family members gathered for a graveside service last Saturday, where three singers from a nearby Indian reservation sang a prayer song before Young Bird’s body was lowered into the ground. 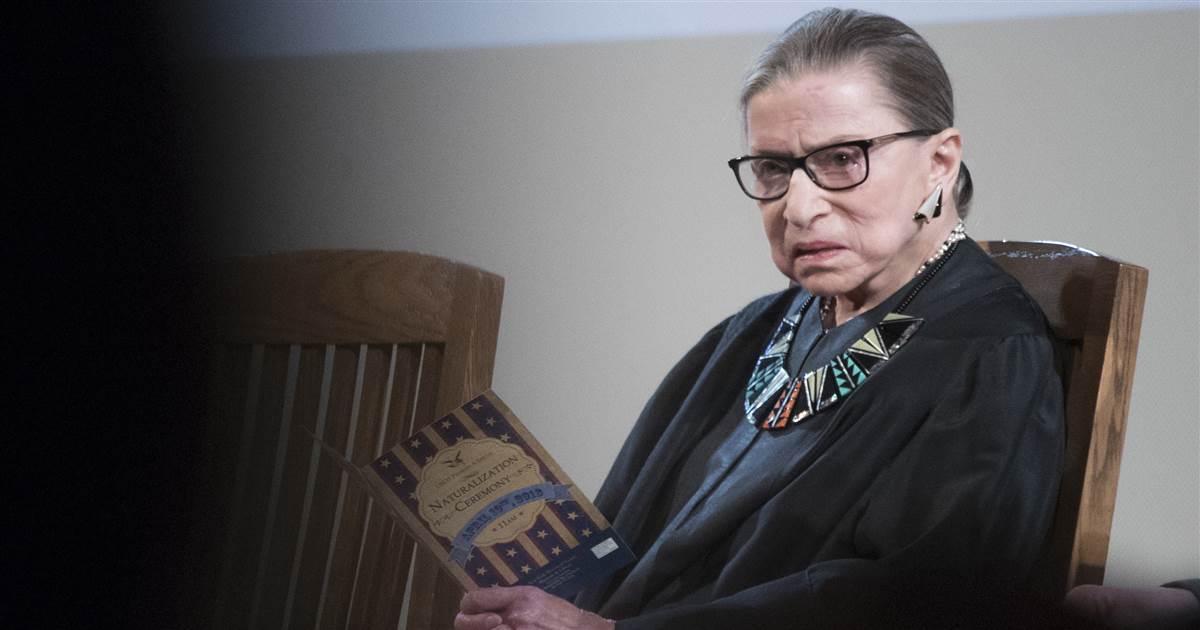 WASHINGTON — Ruth Bader Ginsburg’s death, ending one of the most remarkable careers in American legal history, leaves the Supreme Court under […] 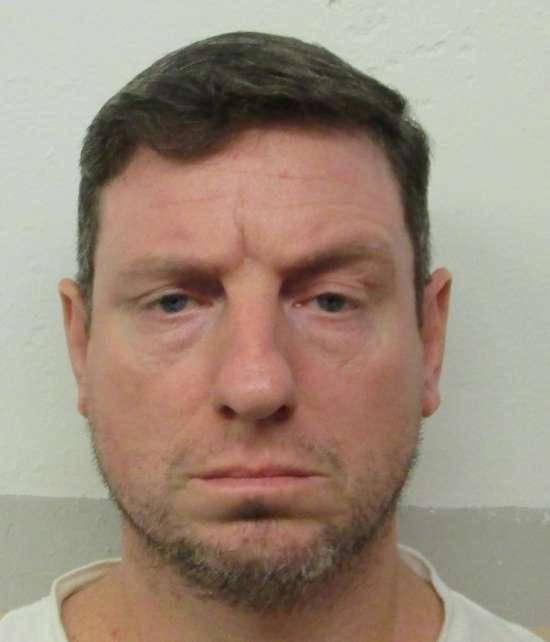 (Reuters) – Alabama spared a death row inmate from the execution chamber shortly before midnight on Thursday after the U.S. Supreme Court […] 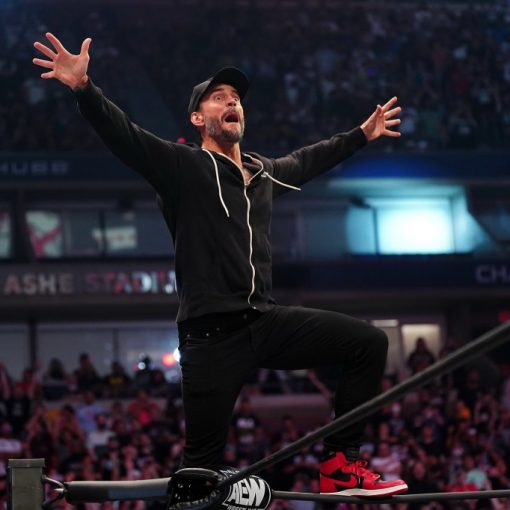 All Elite Wrestling has had plenty of big nights and moments in its short existence — but this one felt different. This […] 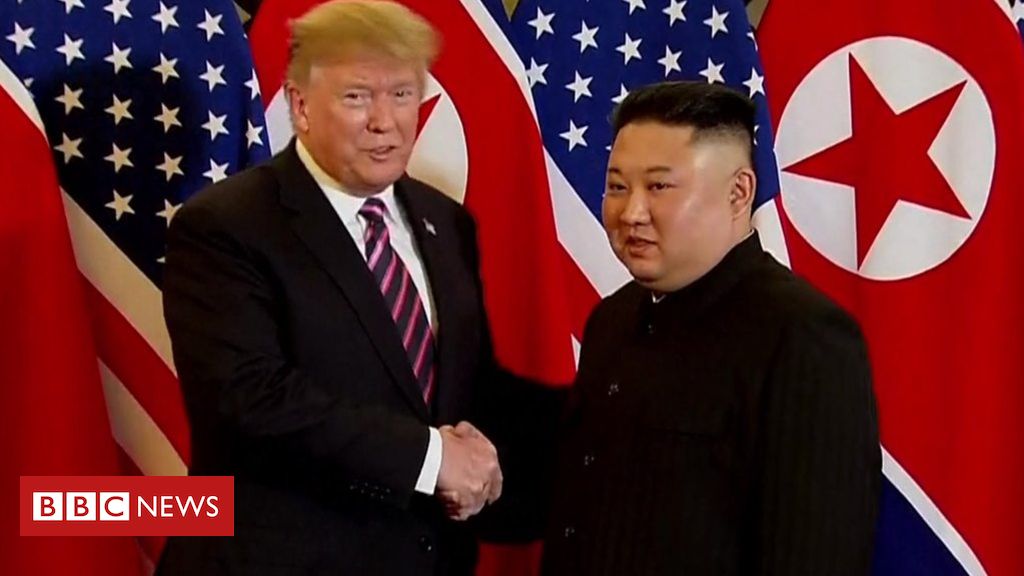 The US president and North Korean leader shook hands at the start of their summit in Vietnam. source: bbc.com