However, in a wide-ranging interview, Anthony Scaramucci warned the billionaire still has the potential to cause “damage” in the two months he has left in the White House – and also suggested one of his children, possibly Donald Jr, may seek to take up the mantle in 2024. New York financier Mr Scaramucci, 56, was Mr Trump’s Director of Communications for 11 days in 2017, before he was famously fired by incoming chief of staff John Kelly after disparaging comments made about then-White House chief strategist Steve Bannon were published in the New Yorker.

There is no chance he will run in 2024. He is a failed one-term President

Since then he has been an outspoken critic of Mr Trump on a wide range of issues, and unless a series of long-shot legal challenges being pushed by former New York Mayor Rudy Giuliani succeed, Mr Biden on course to be inaugurated on January 20, something Mr Scaramucci said would come as a big relief.

Speculation is rife that the 74-year-old Mr Trump will throw his hat into the ring again – but Mr Scaramucci dismissed the possibility.

He told Express.co.uk: “There is no chance he will run in 2024. He is a failed one-term President.

“All this nonsense about his base and all this other stuff – this guy’s been humiliated.

“He’s going to have a very hard time running around the country going to rallies.

“He’s not going to be President of the United States any more so they are not going to show up for the rallies like they used to. His time has come and gone.”

Mr Trump’s three eldest children, Donald Jr, Eric and Ivanka, are all thought to harbour political ambitions of their own and Mr Scaramucci said: “I do see the younger people in Trump’s orbit wanting to run for President and we’ll have to see if they are successful or not.

“On the other hand they are attached to him and he is arguably the worst one-term President in US history.”

READ MORE: ‘This is why we left!’ Widdecombe attacks EU plot to ignore members

“He crushed the economy, he racked up billions of dollars in debt, he divided the nation, he made the nation more susceptible to violence.

“The truth of the matter is the Republicans are going to have a reckoning with that. How are they incapable of admitting that?”

With respect to Mr Trump’s eldest son – who was diagnosed with coronavirus on Friday – he added: “Donald Junior is part of the brand – he has a following and I like him.

“I’ve never said anything bad about him or his sister.

“My principle focus and my principle attack has been on President Trump and the good news is we were successful dislodging him from the Presidency.

“He would have caused untold damage to the United States.”

In the mean time, with the legal challenges rumbling on and Mr Trump levelling a steady stream of claims about voter fraud, without providing any evidence to back this up, Mr Scaramucci said now was not the time to relax.

Referring to his previous characterisation of Mr Trump as the ‘Freddy Krueger of US politics’ explained: “He can still do damage – he is still going to be President until January 20. So no, the credits have not rolled on this movie.

Anthony Scaramucci and Sarah Huckabee Sanders at his first – and only – press conference (Image: GETTY)

“He’s got two months where he can still cause damage and I will not be in full celebration mode until the helicopter lifts off and flies him away from the White House.

“Once Joe Biden is sworn in and he moves into the White House properly, then I will be calmer. Not until then.”

However, he predicted the world would move on after that, saying: “I one thousand percent believe that we will not be talking about this guy with any level of intensity after the inauguration.

“He is probably one of the most hated and vilified people in the world.”

He added: “Trump is leaving and you are going to have some discontent.

“Unfortunately he is the type of guy who wants to cause a problem and cause a crisis.

“I’m grateful that he is leaving. He is giving up evidence every single day of why he is unfit to be the President of the United States.

“He is making people believe our democracy may not be what it is. He has to go and thank God he is leaving.”

Prior to the election, Mr Scaramucci suggested when it came to it, Mr Trump would concede – but as each day passes, the possibility seems less and less likely, even though the President now trails Mr Biden by more than six million in the popular vote.

He said: “I got that wrong – it was somewhat wishful thinking on my part because I think it was in his interest to concede because I think he has a woeful list of legal problems that he has got to get through.

“If I were advising him, I would say ‘Look, you’ve got to concede and you’ve got to see if you can get along with these people on the way out – it will soften the blow of any legal issues that you have.’

“But he’s a stubborn guy and he is 74 years old and it seems like he’s not going to concede.

“That’s fine – but he’s still leaving. It’s not like the fact that he is not conceding is going to do that – he’s leaving.”

In his book, Trump: The Blue Collar President, published shortly after he left the White House, Mr Scaramucci is complimentary about Vice-President Mike Pence, as well as Ivanka Trump and her husband Jared Kushner, and acknowledged their role in persuading Mr Trump to bow to the inevitable.

He said: “I think they talk to him about it and I think he knows, but I think he likes this controversy, and he likes the fact that he has these people believing in him in the wrong way.

“But I think that they know and it is embarrassing for the Republican Party – this is not going to bode well for them.”

Donald Trump Jr has been touted as a possible contender in four years (Image: PA)

“I predicted in August 2019 that he was going to lose this election.

“I thought he would drop out and I thought the Republicans would impeach him because he was an unmitigated disaster for the party and I got that wrong.

“But I said if they put him up for the Presidency again he was going to lose and now he has lost it.”

Mr Scaramucci said: “There is no rationale with President Trump – it’s unfortunate that that is the case but he is going to be irrational and leave unceremoniously.

“It is a sad thing that reflects poorly on the country and more poorly on President Trump.

“The good news is the majority of the people recognised the danger that he represented and are voting him out.”

Mr Giuliani caused a stir this week after delivering a press conference with black liquid – possibly hair dye – streaming down his face.

Mr Scaramucci said: “I try to remember Rudy when he was running the city of New York after 911, and it’s very tough to watch him now.

“He’s ruined his legacy, of course, doing all this, and it’s terrible what he is doing.

“I think ultimately with Rudy Giuliani it is about attention and it is about trying to stay relevant and so he has decided that this is a way for him to do that.

“What they are all doing, and either they are doing this accidentally or intentionally, is being useful idiots to the Russians.

“And Rudy is playing into that. This notion that we are going pit Christians against Muslims, or white against black, or conservatives against liberals, and Rudy Giuliani and Donald Trump have fed into that narrative.

“The difference is 80 million people wanted a return to normalcy, and I think the other 73 million or so who voted for Mr Trump have in my opinion been left out of the system and that is the reason why they are voting for him.

“I think it is less about him and more about them.”

Ivanka Trump has also been mentioned as a possible contender (Image: PA)

As for the future of the Republican Party, of which he remains a member, Mr Scaramucci said: “I think we need a combination – somebody who can help the party forge a new identity but who can keep faith with the Trump base because you still want to get some of them back to the voting booths.

“I don’t know if that is possible but I kind of think it will be.

“I also suggest that Americans want divided government. The Republicans will probably have a strong showing in the mid-term elections and then they will have a real shot at the Presidency again in 2024.

Looking back on the bitter election battle, Mr Scaramucci concluded: “I am tired of it but I am also thrilled by it, by the fact that this guy is going to be gone.

“I am very happy that I contributed to getting rid of him.” 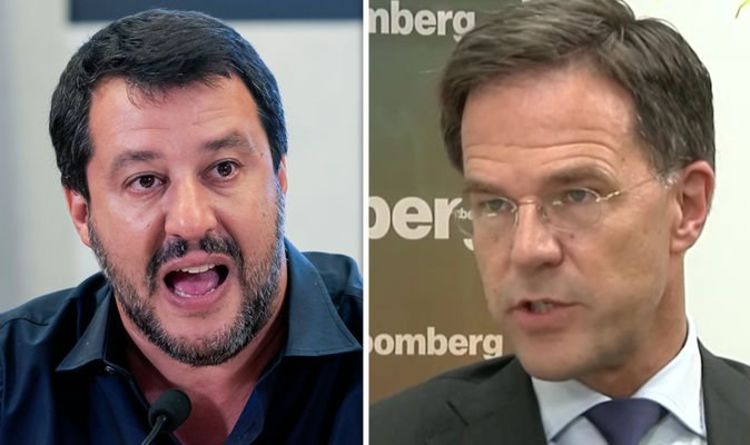 Dutch leader Mark Rutte has claimed that Italy’s debt crisis risks causing a rupture within the eurozone, warning that there has been […] 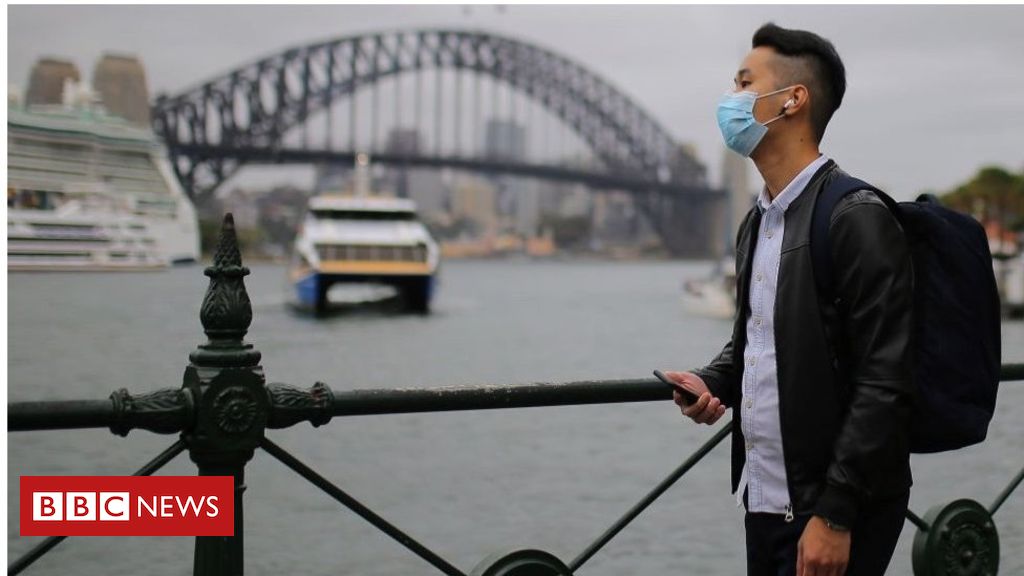 Beside a busy strip of road near the downtown of Liberia’s capital city, a tall mural tells the story of the country’s […]

The Nets and Knicks had two of the better players in the NBA Summer League in Las Vegas, and they were both […]