Salah twice tested positive for Covid-19 on international duty, with the result of his first test announced four days after he attended the wedding in Cairo. Liverpool hired a private plane to fly the 28-year-old back from Egypt on Friday but he cannot resume training until he returns a negative test. Premier League protocols also dictate that players must self-isolate for 10 days from a first positive test.

Klopp has spoken to Salah about his conduct in Cairo. But the Liverpool manager refused to comment on whether disciplinary action was taken against the striker after footage on social media showed him dancing with other wedding guests and not wearing a mask on more than one occasion. Klopp, who described Salah as “feeling well with no symptoms”, pulled out of attending a friend’s birthday party in the summer but insists a brother’s wedding is of far greater importance.

“There is absolutely nothing to say in public about the things I talk to my players about,” he said when asked whether Salah had been disciplined. “What I can tell you is that I was in Germany in the summer and a friend moved his birthday party only because of me. Fifty people attended and I decided at the last minute not to go – and that was only a birthday party and it was allowed in Germany. It was outside but I didn’t go. In other situations there is more social pressure on you and a brother’s wedding is a very special moment.

Klopp refused to say whether Salah, one of several Liverpool players to test positive for Covid-19 this season, had the club’s permission to attend the wedding. He added: “If we knew or not, that is private. I said what I said. I did not go to the birthday. I’m 53 and maybe I don’t have many more birthdays with my best friends so it was really hard for me to decide not to go. I’m not sure 100% with all of the rules in Egypt to be honest but it’s similar and as long as he’s positive he cannot be back with the team.

“He’s now positive for a while so he will get tested again. If that test shows up negative then we will follow the procedure and we will see when Mo is available for us again.”

Leeds vs Sheffield United LIVE: Express Sport bring you goal updates and team news from Elland Road. 10: CHANCE! It should be […] 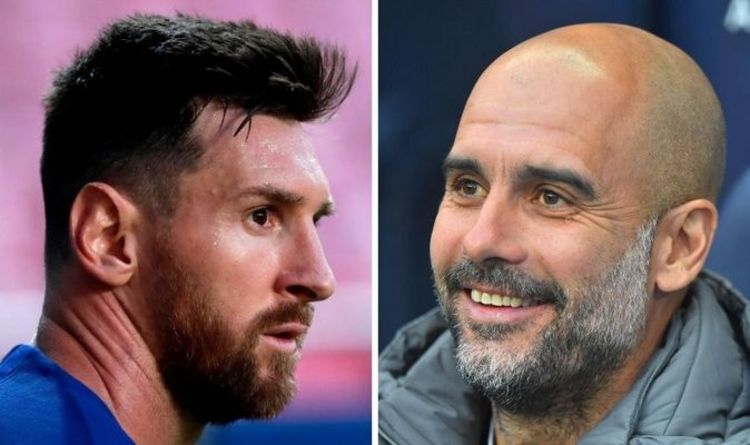 Manchester City reportedly already have an agreement on personal terms with Lionel Messi, following his decision to tell Barcelona he wants to […]