Germany 3-1 Ukraine: Timo Werner scores twice as Joachim Low’s men fight back from a goal down to leapfrog Spain in their Nations League group

Germany striker Timo Werner scored each side of the break to steer his side from behind to a 3-1 win over Ukraine in their Nations League match on Saturday as they topped the group with a game left to play.

Werner scored twice after Leroy Sane had cancelled out a surprise 12th-minute lead for the visitors, who had four players, including top striker Andriy Yarmolenko, ruled out after testing positive for Covid-19 on the eve of the game.

The Germans, in the midst of an overhaul following their 2018 World Cup first round exit, are now top of Group A4 on nine points, one ahead of Spain who they visit on Tuesday. The top team qualify for the final stage of the competition. 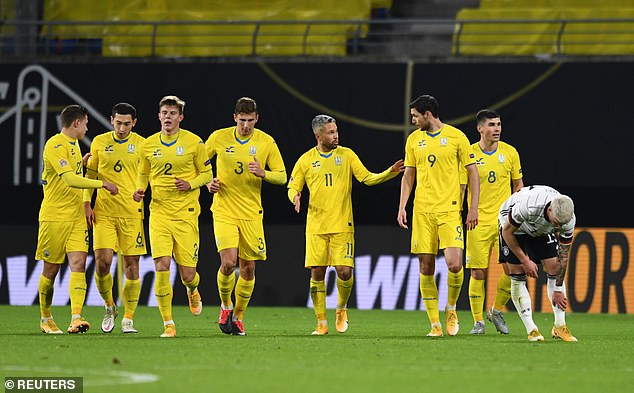 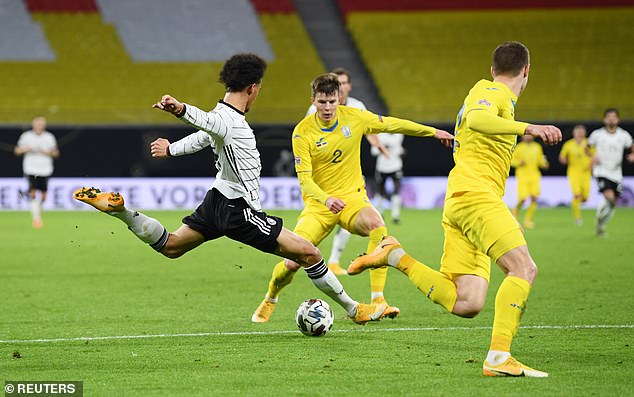 Ukraine are third on six points.

‘I think we did it well,’ Sane said. ‘They went in front and we could have avoided it because we started well. But the way we came back was strong.

‘There were some mistakes from our side but that’s part of this process. What was important was to get the three points and that’s what we did.’

The Germans got off to a strong start but had to come from behind after Roman Yaremchuk scored against the run of play.

Leon Goretzka set up the next two goals, first launching a quick break and sending Sane through for the equaliser in the 23rd minute and then controlling a Robin Koch cross and lofting the ball for Werner to head the hosts in front 10 minutes later.

Germany, with the full Bayern Munich contingent back in the squad after being rested in Wednesday 1-0 win over the Czech Republic in a friendly, still showed gaps in defence, having now managed just one clean sheet in their last seven matches. 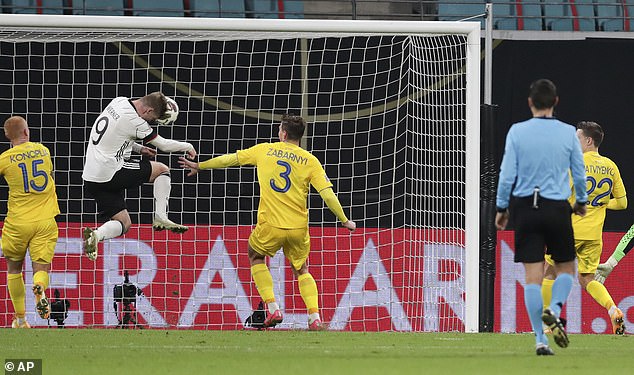 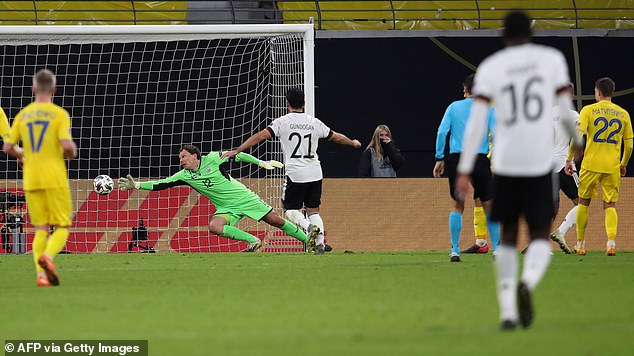 Werner fired in his second goal of the evening in the second half before Ukraine hit the woodwork twice more in a strong finish.

Germany next play on Tuesday against Spain, who will be licking their wounds after rescuing a point against Switzerland when Gerard Moreno made it 1-1 on 89 minutes after Sergio Ramos missed two penalties on the night he became the most-capped male player of all time.

For every Zimbabwean living in long-term exile, the removal of Robert Mugabe as president has stirred powerful emotions. Exeter’s Don Armand and […] 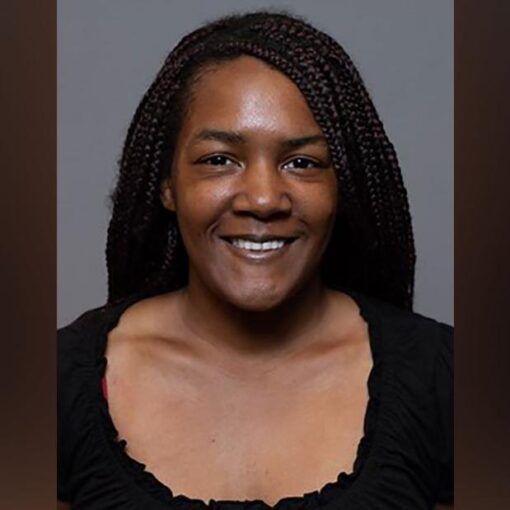 Smith will serve as a minor league coach within the organization, based at the club’s player development facility in Fort Myers, Florida, […]