ATLANTA (AP) — President Donald Trump won’t be on the ballot in January when Georgia voters settle two Senate runoffs that will determine control of the U.S. Senate. But both Republicans and Democrats are hoping voters forget that.

After watching turnout surge in last week’s election, the parties are banking on using Trump — both rage against him and devotion to him — as key drivers in their push to get voters to return to the polls. For Republicans, that means feeding off frustrations over Trump’s defeat, baseless allegations of widespread voter fraud and fear of President-elect Joe Biden’s policy agenda. But their biggest draw — Trump himself — has not yet committed publicly to using his influence to turn out voters, a silence that has some Republicans worried.

Democrats, meanwhile, are hoping to retain the intensity of a ground operation fueled by opposition to Trump and his policies — even though the president has lost the White House.

The two Senate contests offer an early measure of Trump’s lasting political imprint and whether both parties can sustain momentum in the post-Trump era.

The president’s plans are still unclear. As he fumes about his loss, he has been noticeably silent on the runoffs between incumbent Republican Sens. David Perdue and Kelly Loeffler and their respective challengers Jon Ossoff and Raphael Warnock. The president is chiefly focused on his own political future, including the possibility of running for president again in 2024, according to three White House and campaign aides who spoke on condition of anonymity because they were not authorized to speak publicly about private deliberations.

GOP allies are urging him to engage, hoping he sees the races as a way to mitigate his own loss and preserve his policies.

“I can’t think of a better way for him to get revenge on Democrats than to get those two seats,” said Republican strategist Scott Jennings, a longtime political adviser to Senate Majority Leader Mitch McConnell.

The Kentucky Republican needs either Perdue or Loeffler to win reelection to secure the GOP majority that would allow him to block Biden’s most ambitious proposals, such as expanding the Affordable Care Act, overhauling the nation’s energy grid and repealing some Trump tax cuts.

Two Democratic victories would yield a 50-50 Senate, with Vice President-elect Kamala Harris holding the tie-breaking vote. That would tilt the chamber to Democrats and assure Biden’s agenda would at least get a Senate hearing under would-be Majority Leader Chuck Schumer of New York.

Some in the White House see Georgia as a final stand for a political operation wounded by national rejection. Vice President Mike Pence is slated to campaign in Georgia next week, Perdue’s campaign confirmed Thursday in a statement that also noted the senator “would welcome (Trump) to Georgia anytime.”

Yet Trump’s advisers aren’t sure if the president will hold any in-person rallies with Perdue or Loeffler like the two he staged in Georgia in the closing days of his own campaign blitz. They said the president values the Georgia senators’ loyalty and took note when Perdue openly mocked Harris’ first name at a Trump rally in October.

The Georgia senators have not yet asked the White House directly for the president to travel, according to a Republican with knowledge of the campaigns who was not authorized to discuss private campaign planning and spoke on condition of anonymity.

Republicans are mindful that a push from Trump may be necessary to overcome a well-financed Democratic infrastructure in Georgia that, after years of organizing, finally turned the GOP stronghold into a battleground. Results are not yet certified, and a likely hand recount is looming, but Biden leads Trump by about 14,000 votes out of 5 million cast.

Neither Ossoff nor Warnock matched Biden’s vote totals, a source of encouragement for Republicans. But GOP players also credit Trump with a surge in rural and small-town votes that nearly exceeded Biden’s strength in the cities and suburbs.

Trump, in fact, won more Georgia votes than any Republican in history, and Republicans concede they don’t know what a runoff turnout would look like without the president in the mix.

“He’s the dominant figure in Republican politics,” said Josh Holmes, another McConnell ally, adding that many GOP voters are “uniquely accessed by President Trump who are difficult to turn out” for Republicans otherwise.

Perhaps most vexing for Republicans is that Trump hasn’t necessarily ignored Georgia since Election Day. He has included the state among several where he alleges, without evidence, widespread voter fraud and tabulation errors. Yet when Perdue and Loeffler followed Trump’s lead by suggesting their races were flawed and calling for the resignation of Georgia’s Republican secretary of state, the president notably didn’t join them in their demand.

McConnell has not called on the president to concede to Biden, which some Republicans see as a way for the Senate leader to ensure he does not anger the president’s base in Georgia.

For now, both the incumbents and their Democratic rivals are largely avoiding direct mention of Trump, instead focusing on Senate control.

Loeffler campaigned Wednesday with Florida Sen. Marco Rubio without naming Trump. She instead warned of a “socialist” path for the country if she loses to Warnock and Perdue loses to Ossoff. Neither Democrat is a socialist.

To be sure, Democrats can’t be assured of replicating Biden’s 2.5 million vote haul. Republicans have dominated statewide runoffs in Georgia recently, proving more adept at returning their core supporters to the polls. But in 2018, during the Trump midterm elections, Democrats set their previous record for turnout, flipping a suburban Atlanta congressional seat and nearly electing Stacey Abrams as the first Black female governor in U.S. history.

Since 2018, Georgia Democrats and aligned groups, including Abrams’ Fair Fight, have registered hundreds of thousands of new voters. A Fair Fight spokesman said Thursday that it will, by the end of this week, have texted 2 million Democratic-leaning voters information about securing absentee ballots for the runoffs.

“The fact is the votes are there for both sides,” said Chip Lake, a Republican consultant who worked for U.S. Rep. Doug Collins in his unsuccessful bid for the runoff spot that Loeffler claimed against Warnock. “It’s just a matter of who goes and gets them to vote again.”

Debbie Dooley, a national tea party leader and early backer of Trump’s 2016 candidacy, is leading a rally Friday at the Georgia Capitol to show support for the president’s lingering legal challenges to the presidential election — a matter that she insists is more important than the Senate runoffs. But “if Trump comes up short,” she said, denying Biden a Democratic Senate becomes the “urgent” priority.

Trump, she said, can make it happen.

“Fear drives voters to the polls,” Dooley said. “Fear and anger. Donald Trump can drive that. If he is defeated, he will not go anywhere. He will stay on the scene. He will consolidate control, and he will become more powerful in the party than people can possibly imagine.” 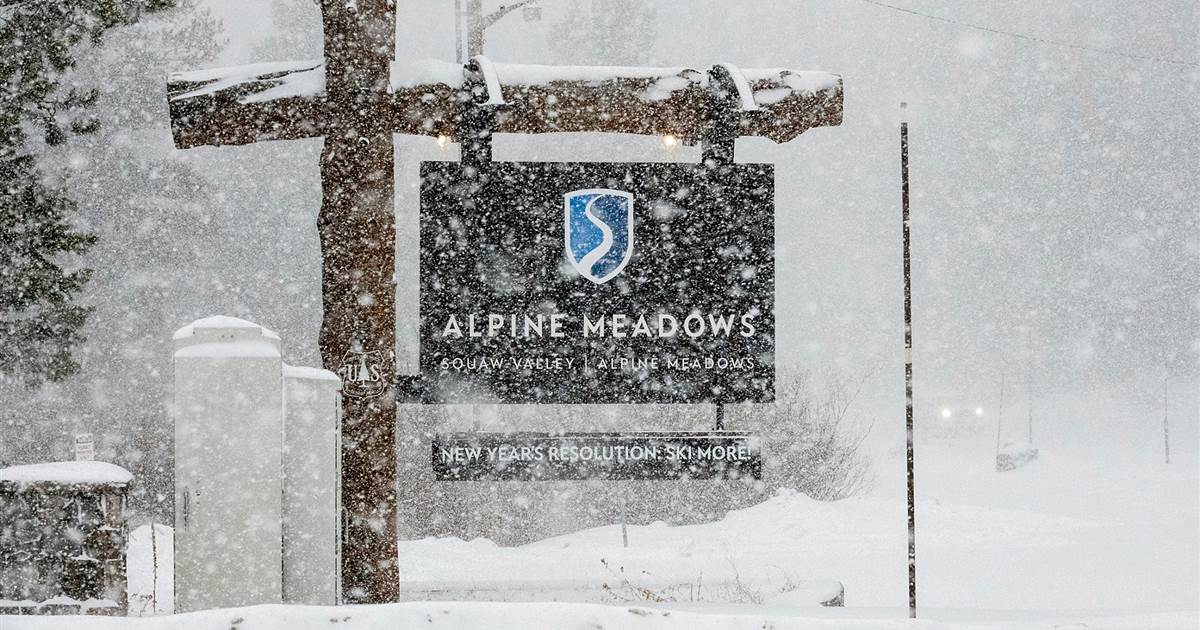 An avalanche in Northern California killed one skier and seriously injured another Friday, following heavy snow fall in the Sierra Nevada Mountains, […] 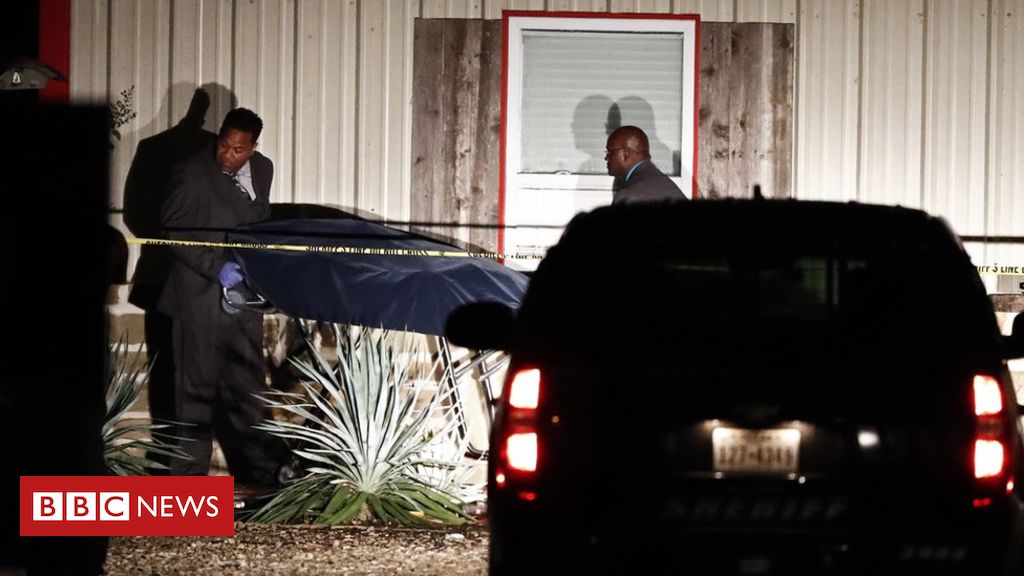