Manchester United midfielder Donny van de Beek has talked about his lack of playing time at the club while on international duty with Holland. Van de Beek made the switch to Old Trafford from Ajax this summer but has failed to nail down a place in the first-team.

The 23-year-old admits he would have wanted to play more but is also willing to be patient for his opportunity.

Many United fans have questioned why the club signed Van de Beek who plays in the same position as Bruno Fernandes.

Van de Beek thinks he will get his opportunity and has made an impression every time he has been given the opportunity by Ole Gunnar Solskjaer.

“It sounds cliché for me to say this, because of course I would have liked to play more, but I really enjoy being in a nice team. I am simply received very well and helped by everyone,” Van de Beek told NOS.

“I’m a patient person, but of course you go there to play as much as possible.

Van de Beek was on target last night for Holland in their 1-1 draw with Spain once again underlining his class.

Meanwhile, Solskjaer has also opened up on Van de Beek and says there is no need to worry.

He told Sky Sports: “No, don’t worry about that.

Gary Neville is finding it hard to get his head round though.

“What is a little bit of a mystery is the use of Van der Beek,” said the former right-back.

“He’s been signed for £40m doesn’t seem to be at the forefront of Ole Gunnar Solskjaer’s plans in every game.

“He must be thinking, ‘What am I doing here?’ at this moment in time.”

United return to action after the international break against West Brom in the Premier League. 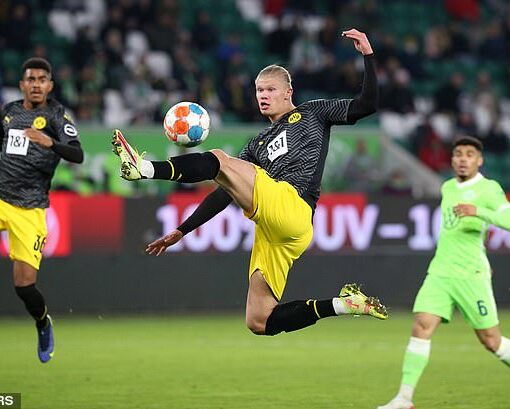 ‘MOTM goes to the camera man’: Erling Haaland reacts to a hilarious video of a furious Wolfsburg fan flipping him off from […]

In a sobering moment for British racing Frankie Dettori, one of its most popular ambassadors, has chosen to ride in France this […]