Sometimes it’s the simple things that spark the most delight with a Google Home. Sure, the flashy, pyrotechnic stuff might be what caught my eye at first — flicking all the lights in my house on at once, for example, is my go-to trick for impressing Google Home newbies. But like the sarsaparilla at my favorite hot chicken joint, it’s the little things that capture my heart and keep me coming back for more.

Whether you’re an easily amused newb or a seasoned Google Home pro, I bet there are more than just a few of these charming little features you haven’t stumbled across yet. They just don’t make headlines like the release of the new Nest Audio speaker or the long-awaited arrival of Nest’s Home and Away routines on Google Home.

That’s why I’ve collected a handful of my personal favorites, including one I’d totally use if I had any talent for gaming whatsoever (not so much). I bet you’ll adore them, too.

Take your tunes from room to room with you

For the longest time, whenever I found myself bouncing from room to room — cleaning my house, for example — I’d pipe whatever playlist, podcast or audiobook I had on to every speaker in my Google Home household using my whole-house speaker group. Don’t get me wrong, I loved every minute of it (it’s impressive how well the audio syncs between rooms), but it’s overkill.

Next time you’re moving around your house while listening to music or the spoken word on a Google Home, just tell your smart speaker where you’re headed next and the audio will meet you there. Here’s how:

Send Google Home answers to your phone, even your iPhone

Smart speakers are convenient and fun devices, but your phone is your ultimate reference device. I can’t count how many times I’ve asked my Google Home for information I would need later — phone numbers for local businesses, how many inches in 70 centimeters, etc. — and jotted the answer in a note on my phone. That is, until I learned the four words that would save me from such tedium: “Send to my phone.”

Almost any answer Google Assistant (the Google Home voice assistant) gives you can be sent as a push notification to your phone. Just follow this pattern: “OK, Google,” or “Hey, Google…” followed by a command. After it replies, say, “Send to my phone.” Within seconds, you’ll get a push notification with the info (if you have an iPhone, you’ll have to install the Google Assistant app, which is different from the Google Home app).

What’s even better is that because I have Continued Conversation turned on, I don’t have to say “Hey” or “OK, Google” again, because it’s already listening for a few seconds after each response.

If this is disabled on your Google Home, you’ll have to use a second trigger phrase. If you’d rather not, then, open the Google Home app and tap your personal icon in the top right corner, then tap Assistant settings, Assistant, Continued Conversation.

Hey, Google, remember where I put my…

Just because I’m obsessed with tech doesn’t mean I’m some kind of brainiac. In fact, I can be downright forgetful sometimes (just ask my editor). Thankfully, I’ve learned to lean into that tech obsession, and my life is a revolving cast of timers, reminders, alarms and notes. But what if I forget to remember the note reminding me of the thing I shouldn’t forget?

So, you can imagine how it felt like I gained eight or nine IQ points when I discovered I could just have my Google Home remember stuff for me. With no more lists or notes — or lists of notes — to keep track of, suddenly I could quit worrying about where I put my spare car key, what my new neighbors’ names were or whether my mom’s favorite flower is a violet or calla lily.

Now I just say “Hey, Google,” or “OK, Google,” followed by things like:

When I have a brain fart later on, I just ask Google:

There is, however, a limitation with this feature. It’s not always able to generalize. Sometimes it can — when I asked, “Where did I put my billfold,” the Google Home responded correctly, “I remember you told me, ‘I put my wallet in the sock drawer.'” But when I asked, “What kind of music does my boss like?” it said, “Sorry, I don’t know how to help with that.” Similarly, “What time did I take my medicine this morning?” was met with, “I don’t know. Sorry.”

The point is, if you set a specific reminder, you may need to ask a specific question to find the answer.

Add a timed delay to any routine with Mister Home

Nothing about the Google Home irks me more than when I try to do something I know full well Alexa can do, only to discover Google Assistant can’t. So, after I first started playing around with routines, I almost lost my composure when I realized there was no default way to insert a delay in between commands. It was almost a dealbreaker for me. But then I discovered a third-party Google Assistant Action called Mister Home, the sole purpose of which is to let you pause in between commands for a set amount of time.

This comes in handy for things like, say, as part of your bedtime routine you want to turn on your bedroom lights and turn them off in the living room. But you know you’re bound to leave your beverage or the book you’ve been reading and have to go retrieve it before you settle into bed. So, you don’t want the living room lights to go off right away. Thirty minutes after you first head to bed would be perfect.

To add a delay to a Google Home routine:

1. Open the Google Home app and tap the Routines button.

2. Tap either an existing routine or the + sign in the bottom right corner to create a new one.

3. Tap Add action at the bottom of the list of suggested actions.

4. Type “Talk to Mister Home for…” followed by the duration of the delay, for example, “2 minutes 10 seconds,” then tap Add and, on the next screen, Save.

Control your Xbox with a Google Home

My elementary-school-age daughter can already pwn me on her iPad games, so I don’t need the humiliation of owning an Xbox. But when I saw this trick listed among the Google Nest features on the Google Support pages, I knew I’d be all over it if I did. Not only can you turn your Xbox off and on with a voice command, you can launch apps, load games and even record a video clip of your gameplay — all without taking your hands off the controller.

First, on your Xbox, set power mode to “instant on” and enable digital assistants. Then, open the Google Home app to finish the setup:

1. Tap the + button in the upper left, tap Set up device then Have something already set up?

2. Type “Xbox” into the search field and select Xbox.

3. Follow Microsoft’s directions for linking your Xbox to your Google Home, then tap Done.

Here are all the voice commands you can now use, starting with “Hey, Google” or “OK, Google”:

If you get as much of a kick out of these tips as I do, maybe these others will spark a little joy in your life as well: How to get thousands of free audiobooks on your Google Home, how to find the best Google Home feature that’s hiding in plain sight and how to turn your Google Home into a speakerphone.

5 underappreciated features of your Google Home 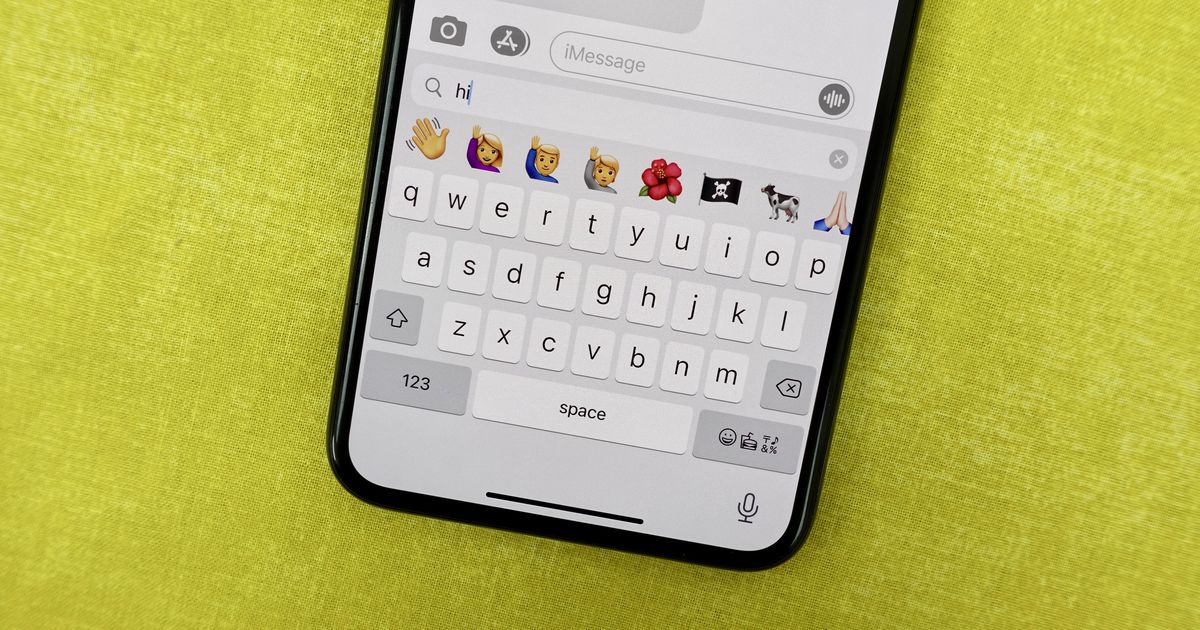 iOS 14 is full of hidden gems; you just have to know where to look.  Óscar Gutiérrez/CNET Apple’s new iOS 14 and iPadOS […] 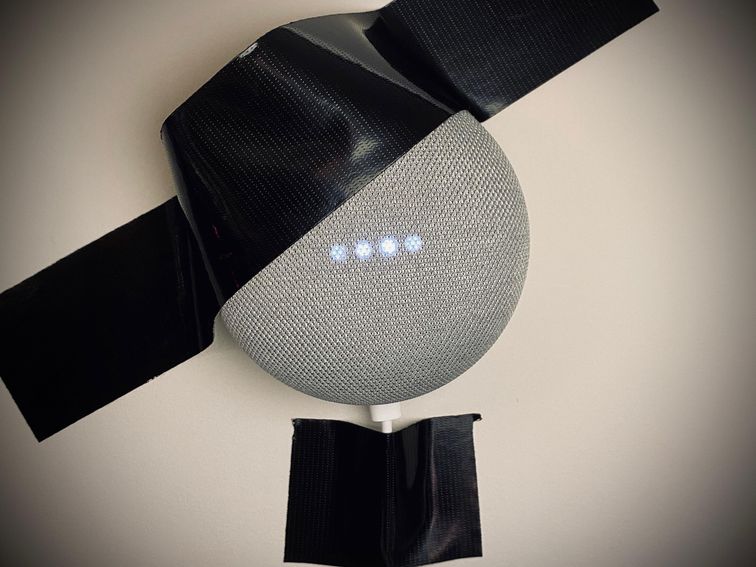 Heavy-duty duct tape may hold a Google Home Mini against the wall, but it’s hardly the neatest way to mount your smart […] 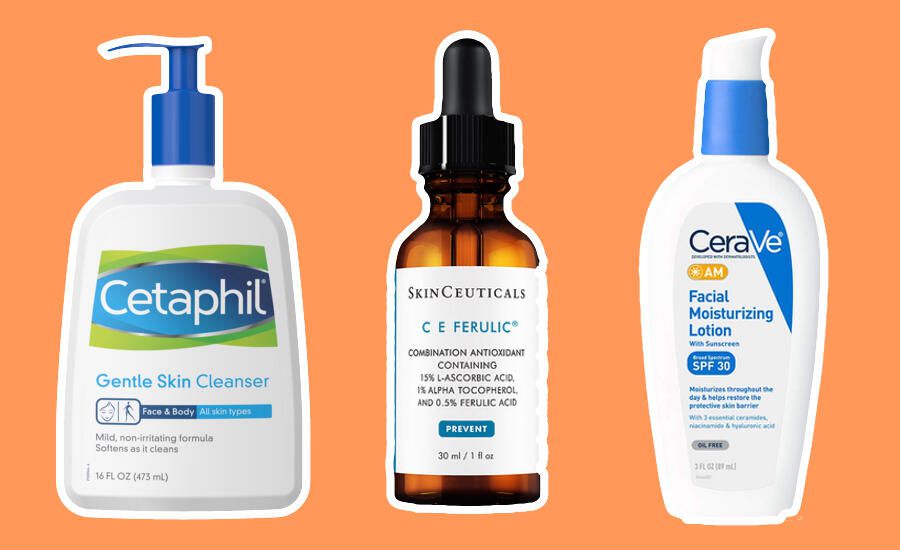 Dermatologists recommend starting with a cleanser, moisturizer, and sunscreen every morning. Getty Images The skincare industry is steadily climbing toward $6 billion, […] 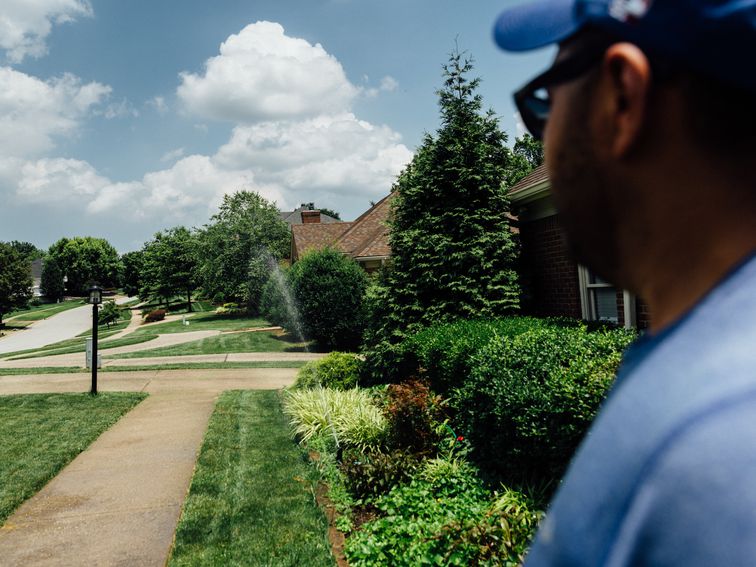 Tyler Lizenby/CNET Now playing: Watch this: Build an automatic lawn sprinkler system on the cheap 1:50 Owning a suburban home has its […]