Presented with an opportunity for a wholesale rejection of a highly divisive, race-baiting, xenophobic, media-hating, anti-science, lying, juvenile incumbent, a sizable swath of America’s voters decided to take a pass and pull the lever for Donald Trump, and that speaks volumes about who we are as a nation.

But all this didn’t happen in a vacuum; the world has been watching.

Joe Biden may still end up winning this election, but no matter how you cut it, it was clear here and around the globe that roughly half of America believes that the character of our President doesn’t matter all that much, an impeachment is meaningless and the Department of Justice really should serve as the chief executive’s personal law firm.

More importantly, from a global perspective, roughly one in two of American voters signaled to the world that not only are capricious trade wars palatable, but long-standing global alliances like the North Atlantic Treaty Organization (NATO) don’t matter anymore.

Perhaps most worrisome to the international audience now is that, after a large-scale referendum on our country’s leadership, it is clear that many American voters embrace our cozying up to dictators and autocrats like Russian President Vladimir Putin, North Korean leader Kim Jong Un and Turkish President Recep Tayyip Erdogan.
Western audiences can now see that the majority of voters across most of America’s South and much of the Midwest are seemingly just fine about having a leader who is willing to look the other way when the CIA concluded that a journalist, who wrote for a prominent American newspaper, was ordered to be killed by Saudi Crown Prince Mohammed bin Salman (Bin Salman has denied any involvement).
What about withholding funding from the World Health Organization amid a global pandemic that has claimed well over a million lives across the globe? Many voters apparently thought that was OK. Abrogating leadership on the existential issue of climate change? Another check.

Not to mention what this split decision says about the US and our moral fabric on the topics of social justice, racial equality and inclusiveness.

Even if Joe Biden ekes out razor-thin margins in the remaining contests that have yet to be called, he will inherit the keys to a White House that must try to govern and attempt to unify two vastly different sides that approach our nation’s place in the world from completely opposite vantage points.

On Tuesday night, Democrats learned that “America First” is not just hollow and meaningless campaign jargon meant to fire up Trump’s base — it’s actually a summation of how many in this country actually see our place in the world. America, the country that has historically been able to coalesce around bipartisan issues such as promoting free trade and forging strong, international alliances, is no more, it seems.

If he wins this election, Biden will not be able to claim an overwhelming mandate; it is increasingly clear that Democrats may have failed to take a majority in the Senate and that their margins in the House of Representatives have dwindled. As a candidate who ran as a unifying, calming figure, who could restore some modicum of normalcy to the presidency, Biden will have to navigate a political landscape rife with peril.

On one hand, a President Joe Biden would have to find ways to appease the progressive wing of his own party that will demand bold and decisive action on climate change, health care, economic reform and a host of other issues at odds with the other half of the country. While on the right, he will face an emboldened GOP that will see the results of Senate and congressional races as a validation of their particular policy prescriptions.

And, unlike any president before him, Biden would have to contend with a new, third vector of influence and pressure — an embattled ex-president who will have no qualms about voicing his opinions on an hour-by-hour basis to a rabidly loyal and very likely disgruntled base, one Tweet at a time.

Even if he wins, it’s not going to be an easy road ahead for Joe Biden, a man who has already suffered so much and sacrificed plenty.

And then there’s the other possibility — that President Trump somehow hangs on to the Rust Belt and squeaks by with a victory of his own. Handing four more years to a man so thoroughly derided by Western leaders on the international stage will only further embolden our adversaries and leave our traditional allies searching more aggressively for new economic partnerships and security pacts. Our friends across the world can no longer count on us to do the right thing.

No matter who wins this election, America is already weaker for it. We had an opportunity as a country to turn a page on this dark chapter in our history, but we, as a people and a nation, came up well short. The once Category 5 major Hurricane Lorenzo is now a post-tropical cyclone, but according to the latest update from the NHC, Lorenzo […] 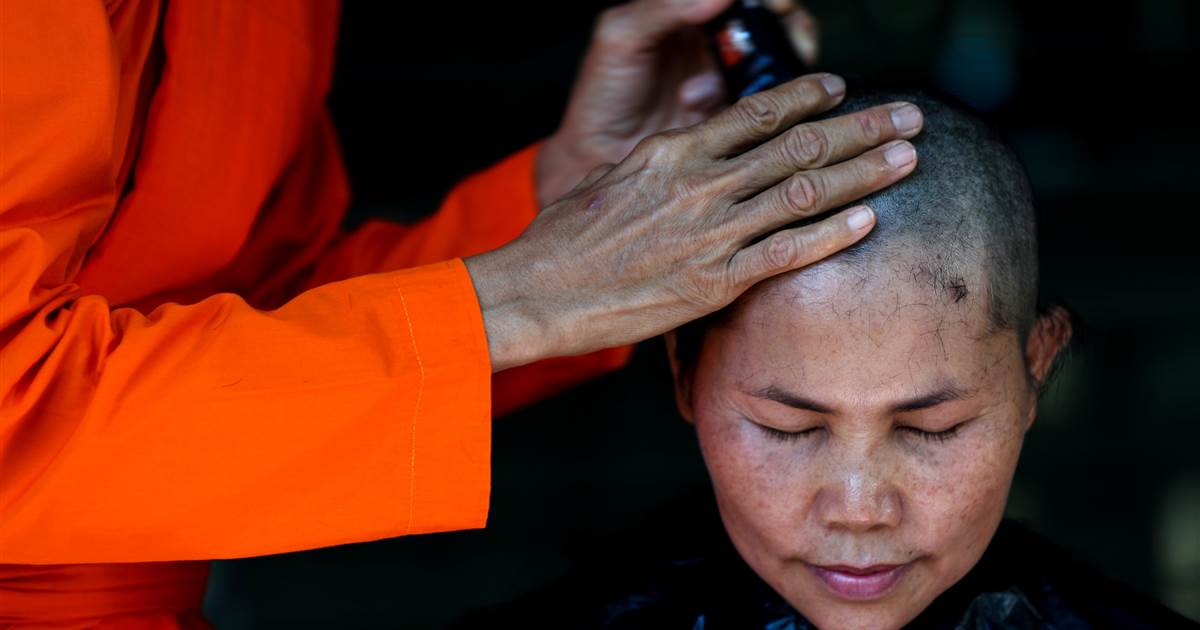 “It’s been 90 years and the social context has changed, but they still don’t accept us,” Dhammananda told Reuters in an interview […]

BRUSSELS, July 23 (Reuters) – The European Union’s chief Brexit negotiator said on Thursday that the United Kingdom had shown no willingness […]