Robert E. Murray, the son of a coal miner who became one of the nation’s most powerful coal barons, along the way fighting worker-safety and environmental regulations and lending major support to President Trump, died on Sunday at his home in St. Clairsville, Ohio. He was 80.

His lawyer and close friend Michael J. Shaheen said the cause was complications of idiopathic pulmonary fibrosis, a stiffening of lung tissues that required Mr. Murray to breathe with the help of a portable oxygen tank. He had lived with the condition for years.

The company he founded, Murray Energy, became the nation’s largest privately owned coal producer, employing about 8,000 people in six states and in Colombia at its peak before declaring bankruptcy last year and re-emerging under a new name.

A brash crusader for the mining industry, Mr. Murray fought government regulations that protected miners’ safety and health and addressed climate change — especially the Obama administration’s Clean Power Plan, which sought to reduce greenhouse gas emissions from power plants. He once called the Obama initiative “a political power grab of America’s power grid to change our country in a diabolical, if not evil, way.”

He strongly supported Mr. Trump’s 2016 presidential campaign and contributed $300,000 to the president’s inauguration. He told an Environmental Protection Agency hearing in 2017, “In President Trump, we finally have a president who has vowed to preserve coal jobs.”

An enthusiastic litigator, Mr. Murray and his company sued many publications, including The New York Times, over coverage that displeased him. He sued the comedian John Oliver after Mr. Oliver, on his HBO show, “Last Week Tonight With John Oliver,” compared him to “a geriatric Dr. Evil.” A federal judge dismissed that suit in 2018. Mr. Murray withdrew the lawsuit against The Times.

“You never had to guess what he was thinking,” said Mr. Shaheen, the lawyer. Days before his death, Mr. Shaheen said, Mr. Murray asked him affectionately, “How can a guy as smart as you still be a Democrat?”

Robert Eugene Murray was born on Jan. 13, 1940, in Martins Ferry, Ohio, an Ohio River city across from Wheeling, W.Va. His father, Albert Edward Murray, was a coal miner, and his mother Mildred E. (Shepherd) Murray, was a homemaker.

When Robert was 9, his father fell down a hotel stairway and was left paralyzed, and Robert began taking odd jobs to help the family meet expenses. Although child labor laws barred minors from working in the mines, he lied about his age and, “with the help of the company,” he said, went to work for the North American Coal Corporation at 17. “The company knew that I was supporting my family,” he said.

Mr. Murray graduated from Ohio State University in 1962 with a bachelor of engineering degree in mining. During the summers and school breaks, he recalled, he was working in the mines. On graduation, he went to work full-time for North American Coal and stayed until 1987, rising to chief executive.

During that time he broke his neck three times — twice in mine accidents and once in an automobile collision — leaving him partly paralyzed. Surgeries in 1989 and 2000 alleviated some of the symptoms. In an interview with Reuters in 2013, he pulled back his collar to show a reporter the scar running down the back of his neck.

“I’ve got a bird cage of titanium and vanadium between C2 and C8,” he was quoted as saying, naming the cervical vertebrae involved.

In 1987, the families that controlled North American Coal fired Mr. Murray in a dispute over the company’s pension obligations. He said he had wanted to honor the obligations.

He went on to create Ohio Valley Resources, which became Murray Energy.

His company had a record of flouting safety rules. In 2007, a huge collapse in the Crandall Canyon Mine in central Utah entombed six miners; three others died in a rescue attempt. Mr. Murray erroneously blamed the collapse on an earthquake.

The federal Mine Safety and Health Administration fined the mine’s operator, Genwal, a Murray subsidiary, a record $1.6 million over the collapse. The fine was later reduced to less than $1 million.

Mr. Murray gave generously to organizations that have disputed climate science and that tried to stop the Obama administration’s environmental initiatives.

Despite Mr. Trump’s support, the coal industry’s long decline has continued and even quickened. Hundreds of coal-burning plants have closed since 2010. The withering of coal has had less to do with politics than with economics: The flood of cheap natural gas that came with hydraulic fracturing, known as fracking, along with plummeting prices for renewable energy, have given utilities and their customers viable alternatives to burning coal.

Mr. Murray’s health had long been in decline. He learned he had idiopathic pulmonary fibrosis in 2016 but repeatedly denied that it was related to his work in the mines. In recent months, however, he filed for black lung benefits.

Murray Energy filed for bankruptcy protection last year and emerged from Chapter 11 last month with a new name, American Consolidated Natural Resources, which is based in St. Clairsville, in southeastern Ohio. He resigned from the company on Oct. 20, five days before his death.

He is survived by his wife, Brenda Lou (Moore) Murray, whom he married in 1962; three sons, Robert, Jonathan and Ryan, all of whom work for the company; and eight grandchildren. A daughter died shortly after her birth. 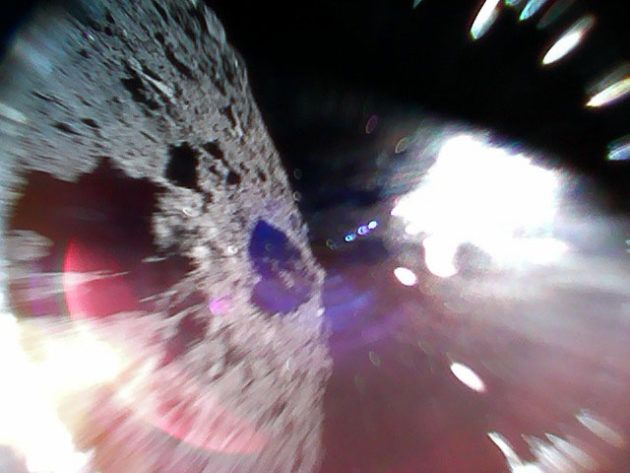 An image from the Hayabusa 2 mission’s Rover-1A shows the surface of the asteroid Ryugu at left. The bright white region is […] 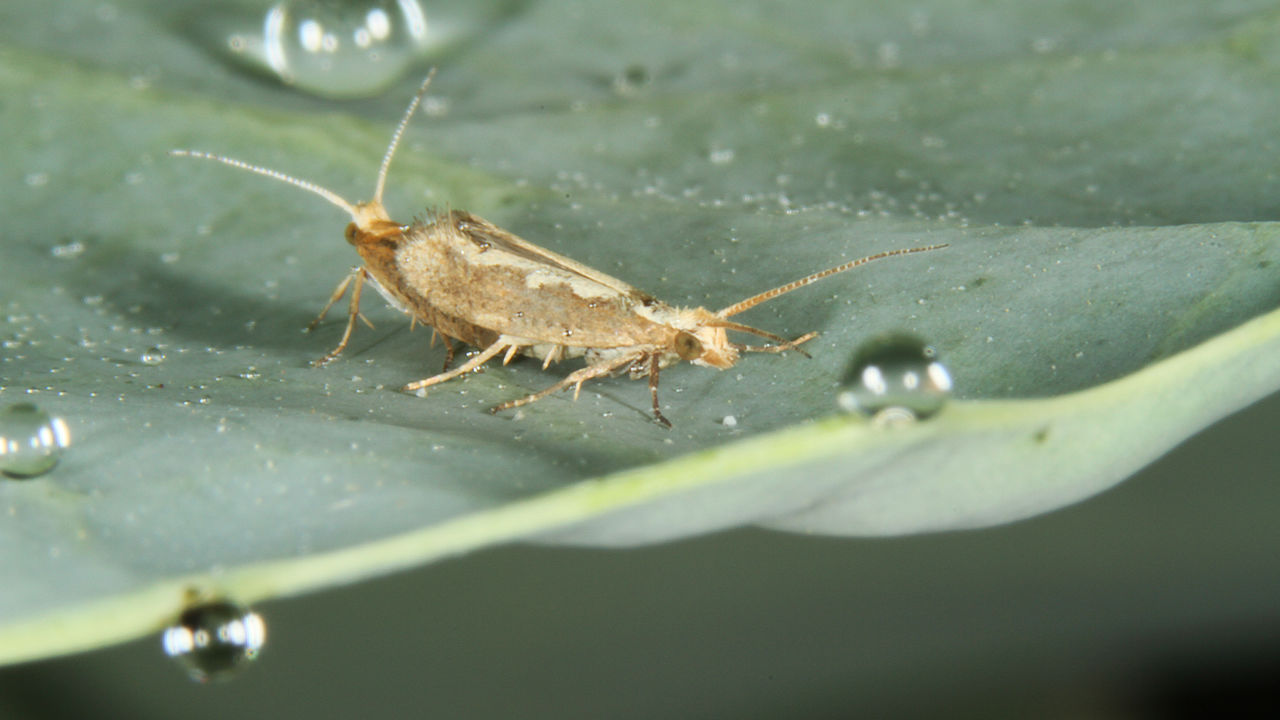 When a genetically modified diamondback moth mates, half of its offspring will die. D. Olmstead/Cornell University By Erik StokstadJan. 30, 2020 , […] 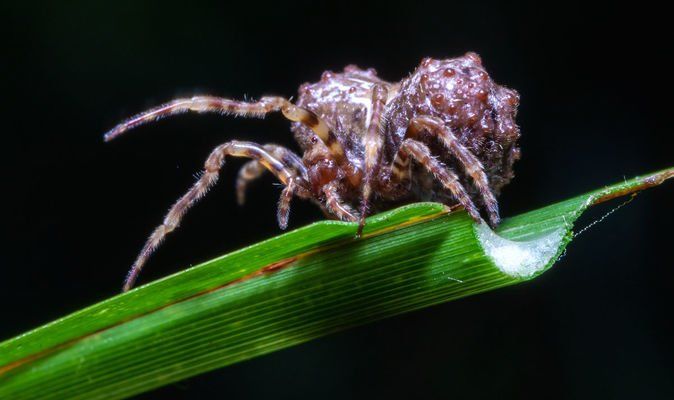 Spiders big and small will soon be invading your home as mating season begins. Each autumn as the weather cools, eight-legged bugs […] 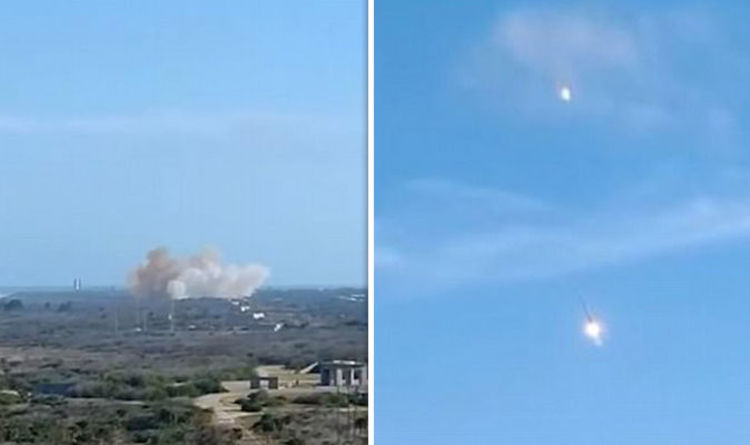 SpaceX took historic steps having overcome several delays and successfully fired the Falcon Heavy, plus its impressive cargo, into outer-space. The Falcon […]