Prince Harry has admitted he did not know unconscious bias existed until he was ‘living a day or a week in my wife’s shoes’ following his marriage to Meghan Markle.

The Duke of Sussex, 36, spoke about racism in an interview with Black Lives Matter activist Patrick Hutchinson for GQ magazine and admitted his ‘upbringing and education’ did not equip him to understand the issue.

He said: ‘Once you realise or you feel a little bit uncomfortable, then the onus is on you to go out and educate yourself, because ignorance is no longer an excuse.

‘And unconscious bias, from my understanding, having the upbringing and the education that I had, I had no idea what it was. I had no idea it existed. And then, sad as it is to say, it took me many, many years to realise it, especially then living a day or a week in my wife’s shoes.’

Harry spoke from his £11million home in Montecito, California, during a candid chat with activist Mr Hutchinson for the GQ Heroes conference, which runs this week.

The Duke also spoke about the struggle of lockdown especially for men, saying: ‘For so many people, but men especially, I guess, everyone’s been suffering from some form of isolation over the last eight, nine months.

‘But for men who are isolated by themselves this can be a really dark place, unless you know the different solutions or different distractions that you can put into your life: whether it’s going for a great walk or a run or just doing something that keeps you mentally and physically fit. So I love that.’

Also in the interview, Mr Hutchinson admitted he ‘got into a few scrapes with some of my friends’, and Harry replied: ‘Everyone gets themselves into trouble at some point. It’s how you learn from it.’

The interview was carried out last Monday, six weeks after GQ approached Harry to ask him if he wanted to chat with Mr Hutchinson as part of the magazine’s coverage supporting Black History Month.

Mr Male, a former policeman from Basingstoke, Hampshire, was hurt in a brawl during the protest that saw him join thousands of pound thronging the capital to ‘defend’ statues.

Some far-Right thugs attacked police and made Nazi salutes and monkey gestures at anti-racism protesters. Rival activists then began looking for revenge.

Mr Male, wearing a Millwall football shirt and said to be swaying, was confronted near Waterloo Station and was heard telling activists: ‘***k Black Lives Matter.’ 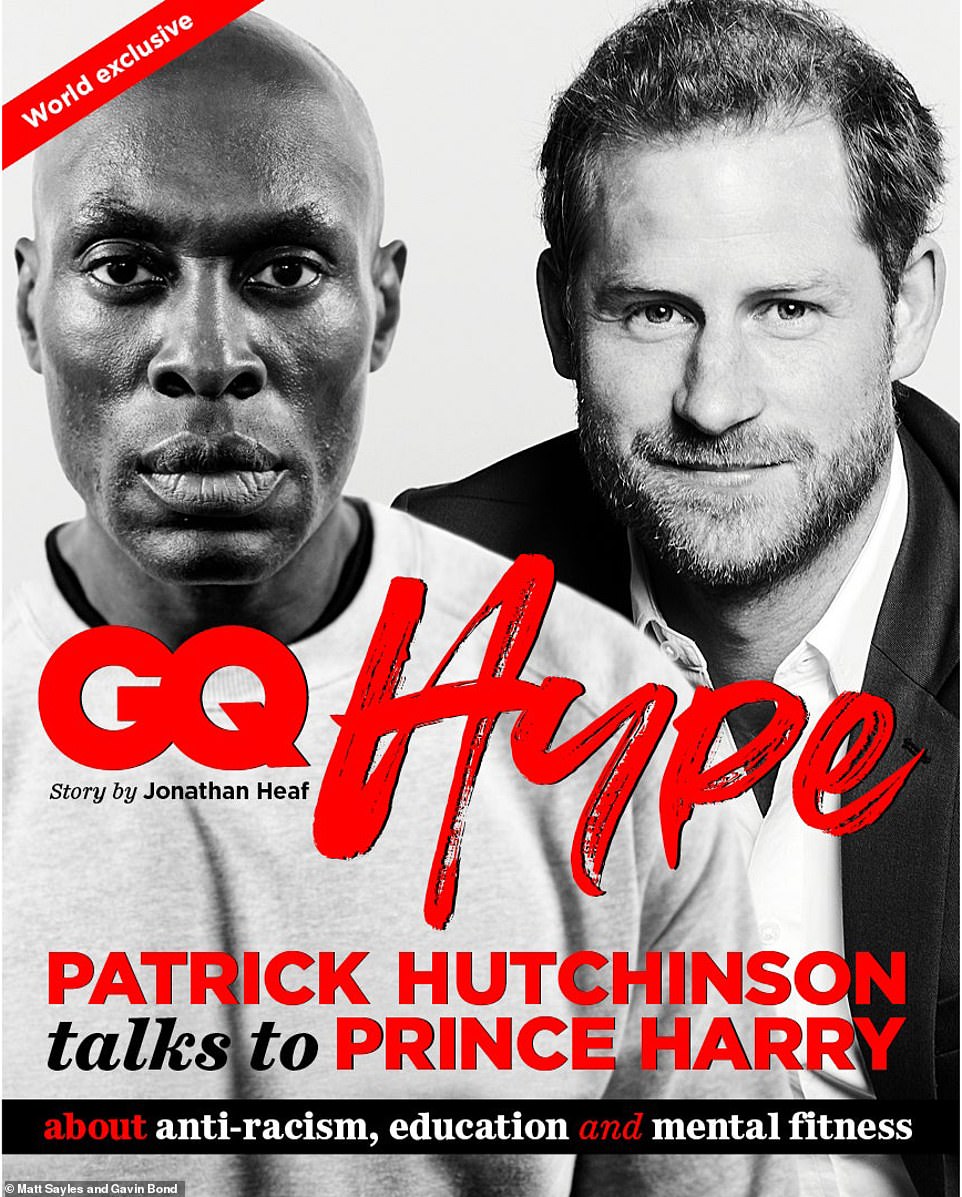 Prince Harry was opening the GQ Heroes conference, and his full interview with Patrick Hutchinson features in GQ magazine

He was slapped, he fell over, then was picked up and helped by a 26-year-old musicican known as Tichmatic. But someone else sent Mr Male flying with a kick.

Pictures showed Tichmatic escorting Mr Male down a set of stairs on London’s South Bank when a member of the mob sent the former police officer hurtling by kicking him in the back.

Mr Hutchinson, a 6ft 1in personal trainer from Croydon, South London, then rescued the man as he was being set upon by the angry crowd.

He was described as representing ‘the best of human behaviour’ by MPs, and his daughters said his actions will help to create a brighter future 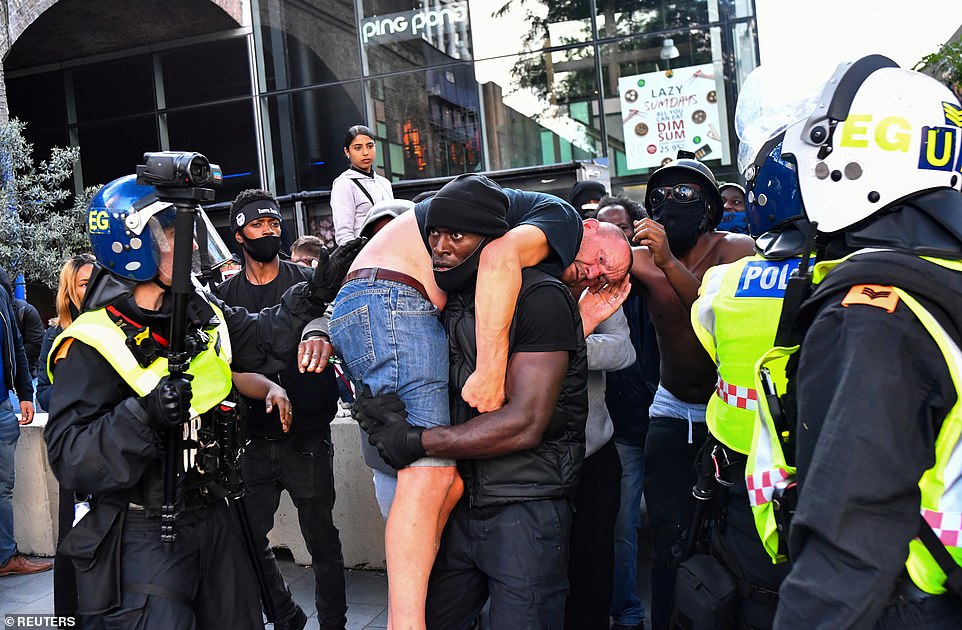 Mr Hutchinson had travelled to London with four friends with the aim of stopping young anti-racism protesters from being drawn into confrontations with far-Right thugs.

The former IT analyst had been due to babysit but answered a call from a friend assembling a team to help ‘keep the peace’ on the capital’s streets.

Mr Hutchinson, who was born in Coventry but raised in London’s Battersea, has four children aged eight, 11, 25 and 30, as well as four grandchildren.

Prince Harry was opening the GQ Heroes conference in conversation with Patrick Hutchinson, and the full interview features in GQ magazine 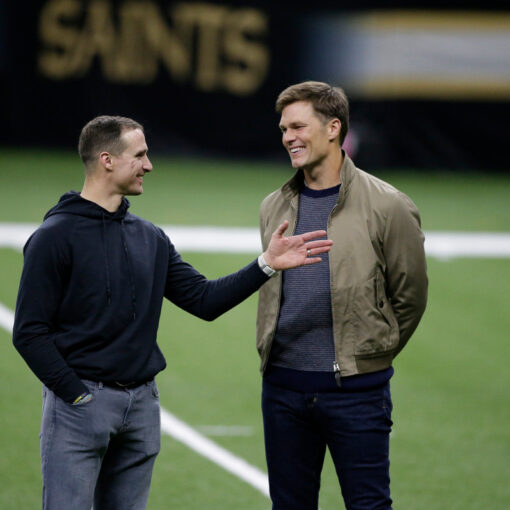 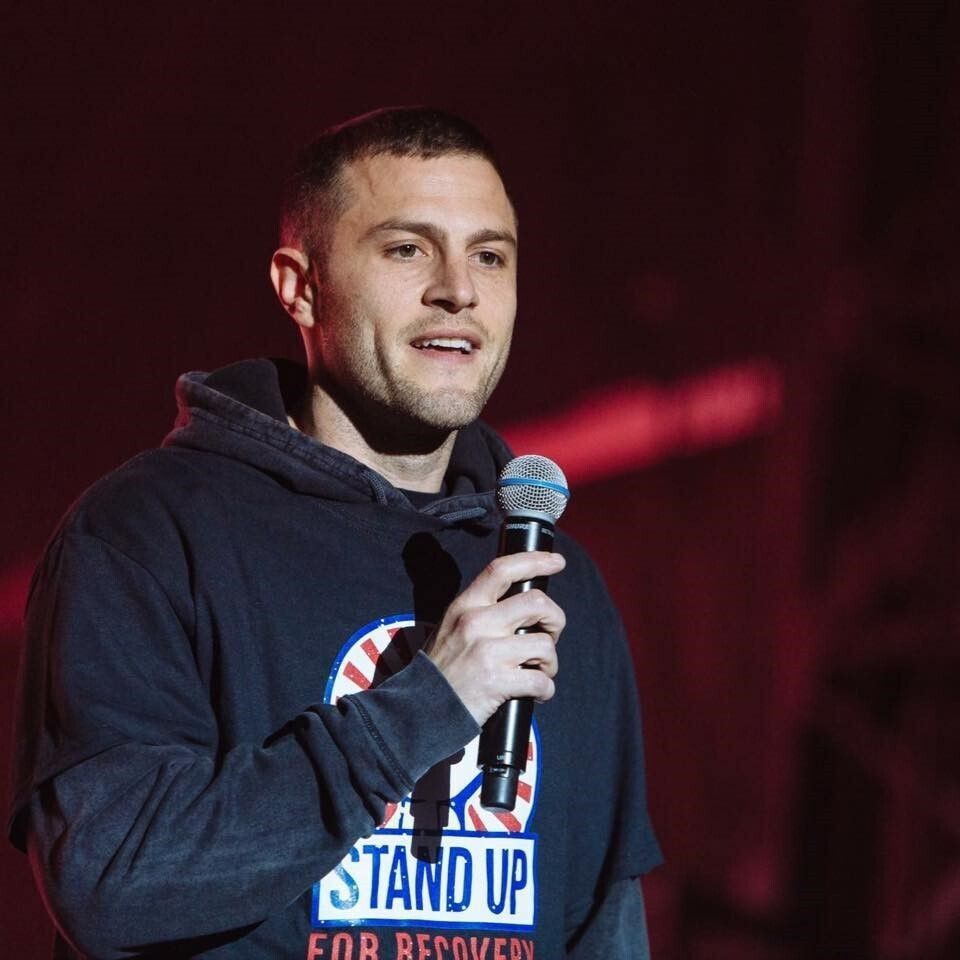 State and local governments have been leading the legal fight against the opioid industry, seeking payouts to help them deal with the […] 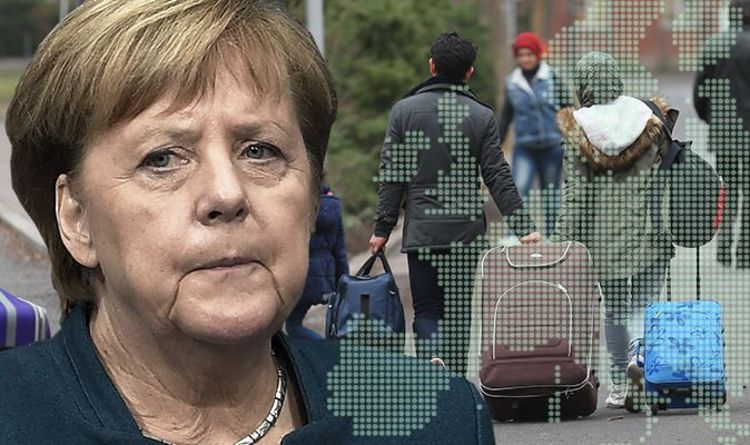