The clocks went back and then, in a development almost as predictable, Jamie Vardy scored against Arsenal. He has now done that 11 times but this was the first unequivocally decisive goal of the collection and it may well have been the most satisfying, too.

A calf injury had laid Vardy low for the previous two outings and he was given half an hour to make his mark as Leicester, having absorbed a vigorous opening period from the home side, sensed opportunities to stretch the game. Twenty minutes later he planted an emphatic header past Bernd Leno and the night’s work could be chalked up as a triumph for Brendan Rodgers, whose initial setup smelled of caution but ultimately laid the platform for a deserved victory that propels Leicester into fourth place.

It was not quite rope-a-dope but nor was it an overly elaborate plan. The attacking merits of Leicester’s bench clearly outweighed those of their starting lineup, in which Harvey Barnes was fielded at centre-forward, and after Arsenal failed to make their first-half territory count its significance loomed increasingly large.

Vardy’s introduction changed the complexion but another replacement, the winger Cengiz Under, was equally instrumental. Under had been on for five minutes when, timing his run onto a sumptuous long Youri Tielemans pass perfectly, he found himself faced with a backpedalling Leno. The angle, inside the right of the box, was tightening but he might have been excused a shot; instead he realised the sure thing was to his left and, judging the spin of the ball perfectly, he clipped a cross for Vardy to head in on the run.

“A brilliant goal to win the game,” said Rodgers, whose team have a 100% winning record away from home. “You come away to the big teams and you’ve got to have high-level concentration. Everyone has to do their job and then you know that, with your quality, you’re going to be able to play your way into the game.”

That was exactly how it worked out. Arsenal had come into this match with question marks surrounding their creativity and, critically, their inability to work openings for Pierre-Emerick Aubameyang. Those will not go away now, particularly given the captain was peripheral in an unfamiliar starting role on the right flank and was only a touch more involved when he later moved to the left. But they had reason to feel encouraged by an opening 45 minutes that, while hardly a festival of invention, could not be faulted for intent.

It seemed to have brought a goal within four minutes, but Arsenal’s vigorous celebrations were short-lived. Alexandre Lacazette’s near-post flick from a Dani Ceballos corner floated across Kasper Schmeichel and, while the flag went up, the striker could only have been onside. A VAR review deemed that an offside Granit Xhaka, jumping over the ball, had impeded Schmeichel but the offence did not look cut and dried.

“I don’t know how it was disallowed,” said Mikel Arteta. He thought Xhaka had been behind Schmeichel and whether there had really been any interference certainly seemed moot. But he also accepted Arsenal should have done more with their initial dominance. Lacazette had the best chance just before the half-hour when Kieran Tierney beautifully tamed a crossfield pass from David Luiz and whipped across deliciously. It only needed a clean contact at point-blank range but Lacazette seemed to be put off by Christian Fuchs as he lunged and the ball skimmed wide.

The excellent Tierney looked Arsenal’s most likely outlet and he also delivered for Aubameyang, making a rare sortie into a threatening position, to head over. Bukayo Saka also shot at Schmeichel after a smart link-up with Lacazette. Arsenal were ambitious, perhaps helped by the fact an assured Thomas Partey was on hand to nullify any Leicester threat on the break, but short of nuance and any sense of genuine understanding between their front players.

“Credit to [Leicester] but I think it’s a very harsh result considering what we’ve done in the game,” Arteta said. But Arsenal looked hesitant after the break and were dealt a blow when David Luiz, whose playmaking from the back had been on point, pulled up. Shkodran Mustafi replaced him and it played into the idea that this was becoming Leicester’s game to win.

Although Aubameyang dug out a cross for Hector Bellerín to volley, requiring a solid parry from Schmeichel, the danger had dried up. Leicester’s 19-year-old centre-back, Wesley Fofana, was particularly impressive in his second Premier League start and eventually won his battle with Lacazette in comfort. Fofana looks quick, tough, clever and composed; one 50-yard run upfield, as spaces increasingly opened up for Leicester to make inroads of their own, caught the eye and spoke of their growing confidence.

It was borne out in style by Vardy and the Foxes had their first win at Arsenal since 1973. “We’ve shown we can win in different ways and have the flexibility to win with different systems,” Rodgers said. “This was another tick in the box for their development as a team.” It felt that way; for Arsenal’s part, the Arteta revolution will only hit full speed when they can match their nemesis’s cutting edge.

There’s a story the academic Daniel Klivington tells in a new book – Race, Ethnicity and Racism in Sports Coaching – that […]

The two-game International Rules Series will return in 2020 after a three-year hiatus, the AFL confirmed on Tuesday. Ireland will host the […] 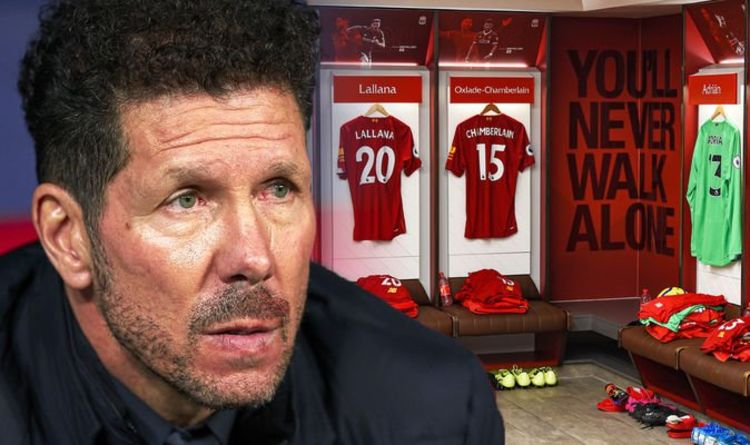 “We’re a team that plays as a group. If the attackers hadn’t participated in the defensive work, the team wouldn’t have done […]