A couple of days after Steve Morrow had left hospital, a car pulled up outside his house and waited for him to finish packing his bags. It was driven by Ken Friar, the Arsenal life president, and before long it was dropping Morrow and his wife at the airport for a flight to Cyprus.

“The club had taken care of it all: a week or so out of the media spotlight at a secret location,” Morrow says. “There had been media outside my house, people contacting me, newspaper exclusives offered that I didn’t understand. It was all just a massive confusion.”

He has resisted any urge to flee the country before this interview, which takes place in Cambridge more than 27 years after Morrow was caught in the eye of the storm.

In 1993 he had arrived in the box to drill in the winner for Arsenal in the League Cup final against Sheffield Wednesday – a mindboggling moment for a player who had first flown over from Belfast aged 16 – only for Tony Adams to accidentally drop him on the Wembley turf after attempting to hoist him aloft during the celebrations.

Morrow’s arm was badly broken, almost severing the main nerve, but he made a full recovery; the bizarreness of the incident brought inevitable cult status and the emotions were bittersweet.

“My special memory of the day is of scoring the goal,” he says. “It still gives me goosebumps.”

His biggest regret is missing out on the post-match party and the chance to savour his moment; the sight of a contrite Adams turning up at his bedside with a crate of champagne was, while welcome, not quite the same. “I guess the notoriety you get from an incident like that has its upsides. I don’t have any regrets about it. Tony and I still joke about it when we see each other.”

The ensuring clamour had him heading for the Mediterranean and life is, at least, quieter than that now. Quieter, to some extent, than Morrow would like: late in 2019 his second spell at Arsenal came to an end when he left his role as head of academy recruitment, and the feelings around that have been mixed too. On the one hand, sorrow that time had been called on over a decade nurturing an environment when scores of young talents had flourished; on the other, intrigue about how the wealth of knowledge the 50-year-old has accrued might next be channelled.

“It felt like a good time to move on, a natural time,” he says, although there were certainly eyebrows raised inside and outside when Arsenal overhauled their academy personnel, a move followed in August by a gutting of the senior scouting setup.

“The club’s changed, gone through a transition since Arsène [Wenger] moved on, and it had to. That results in new people coming in and it coincided with a time when I wanted to keep developing. I’m ambitious and want to have a strong influence at a club, based on what I learned there.”

The education was comprehensive. Morrow was propelled into an under-18 team that could look to Adams, David Rocastle, Paul Merson and Paul Davis – all a few years older – as standard bearers for Arsenal’s youth development. It was an intensely competitive but encouraging environment that required depths of resilience given Morrow felt almost overcome by homesickness at times.

“We didn’t have the support players are offered now,” he says. “So how did you cope with it? You had to learn very quickly to stand on your own two feet. I quickly realised I wasn’t as talented as most of the boys in the group but I also realised that with my character and attitude I could get through it.”

He was booked on a flight home to Belfast and itching to see his family when George Graham called him up for his first involvement with the senior team in May 1989, when Arsenal visited Liverpool on the final night of the season. What happened next is etched into footballing folklore and an 18-year-old Morrow, who ended up watching from the stands alongside Alan Miller and Niall Quinn with only two substitutes allowed, remembers “the incredible feeling of ‘this is all going to plan’” even when Arsenal still required two goals to win the title.

“When you think about early influences, seeing how George set up the team and tactics, and how the players applied themselves, was something incredible,” he says.

He was pulled straight into the celebrations: once you were in the fold at Graham’s Arsenal you remained there, uncompromisingly so, no matter the outside perception of your status. Morrow came to appreciate how important the social side, Tuesday Club and all, was in forging the squad’s camaraderie – “But you always knew there was a line with George that you couldn’t cross” – and the ends usually justified the means. All were strong characters and as a collective he feels their ability was often underrated.

He left Highbury in 1997 and it seems jarring that he made only 85 appearances in almost a decade. Morrow had earned a reputation as the man for a big occasion; there was the 1993 final and, probably more impressively, the impeccable man-marking job conducted – arm fully healed – on Gianfranco Zola when a depleted side beat Parma to win the Cup Winners’ Cup a year later.

“I’d been in and out of the team but George pulled me aside before we got on the coach to the airport and told me I’d be playing. I was as nervous for that game as for any in my life. Brolin in midfield, Zola at 10, Asprilla up front. George was talking to me about how to handle those players and I was thinking: ‘Wow, that’s a task.’

“They talked to me all game. Alan Smith scored and then it was backs against the wall. It was exhausting but if you ask anyone who played they’ll say it was one of our most satisfying performances because of the sheer effort that went into it.”

Morrow, who won 39 caps for Northern Ireland, eventually moved on to QPR, although Wenger would have retained him as a squad player, and ended up in Major League Soccer with FC Dallas. He played, then coached, then managed there; the last role ended controversially, after 18 months, in May 2008 when a David Beckham-inspired LA Galaxy inflicted a 5-1 defeat that spooked the club’s owners.

It was, he admits, “a massively stressful experience” but Arsenal had not forgotten him. He had intermittently helped the Texas-based Dick Law, Wenger’s deal negotiator, with queries about transfer targets and within days of leaving Dallas he received a call from David Dein. The alacrity with which Morrow absorbed information had always impressed Arsenal’s hierarchy, including Wenger, and they went out of their way to forge a plan. Morrow would be part of Steve Rowley’s first-team scouting setup while overseeing the club’s international partnerships.

At the time Arsenal, working with the JMG Academy setup whose Ivorian antecedents had launched the careers of the Tourés and Emmanuel Eboué, had partner clubs across Asia and Africa. In some ways it anticipated the present-day City Football Group although Arsenal never took their operation that far. Working with those academies stoked Morrow’s passion for player development and there were some eye-catching sights.

“Some of them would bring teams over to play our under-14s or under-15s, and they’d play in bare feet,” he says. “They won a few of those games. What stood out was how quickly they moved the ball, the touch and technique they’d developed.

“Travelling round the world, seeing all the different training methods and styles, and then feeding what I’d found back to Arsène was fascinating.”

Mikel Arteta was among the many players Morrow scouted in his first-team post. But the last few years were spent identifying talents for the youth setup and preparing the right pathway for them, a role for which he felt perfectly shaped given his immersion in the club’s culture as a teenager.

“I was able to speak to them with experience, authenticity and genuine passion for the club,” he says. “The position we left the academy in last year is something I’m very, very proud of. At the beginning of last season we saw six players – Bukayo Saka, Reiss Nelson, Eddie Nketiah, Emile Smith Rowe, Ainsley Maitland-Niles and Gabriel Martinelli – regularly involved in the first team. Some had been there for years, others came in a bit later. That took a huge collective effort from everyone, a lot of hard work. I know there are one or two more coming behind them, too.”

A player he references in particular is Charlie Patino, a 16-year-old midfielder who recently featured in the Guardian’s “Next Generation” series. Morrow was heavily involved in bringing Patino – “such a dedicated and focused lad” – from Luton at 13, agreeing compensation and putting in the background work that largely goes unseen.

He will not be at Arsenal to see Patino progress but hopes to find an equally rewarding role, one where he can apply the lessons of the past 32 years across a club’s operation. In 2018, he took the FA’s Level 5 course for technical directors; a senior position at a Premier League club fell through when the Covid-19 crisis bit, but whoever calls next will receive someone who feels prepared to make the next step.

“I’ve learned how important the people and working culture are within a club,” he says. “It’s so important for people to communicate well, not have an ego, and put what’s right for the club first. If you do that, you’ll have success.”

Even if he once took a hefty break for his trouble, Morrow has enough experience of that.

(Reuters) – The National Collegiate Athletic Association (NCAA) said on Tuesday that it had established an advisory panel of “leading medical, public […]

Real Madrid have signed the Lyon left-back Ferland Mendy, making the defender the third summer addition to their squad. While across the […]

Tottenham have confirmed the £11m departure of Mousa Dembélé – a player that the manager, Mauricio Pochettino, describes as a “genius” and […] 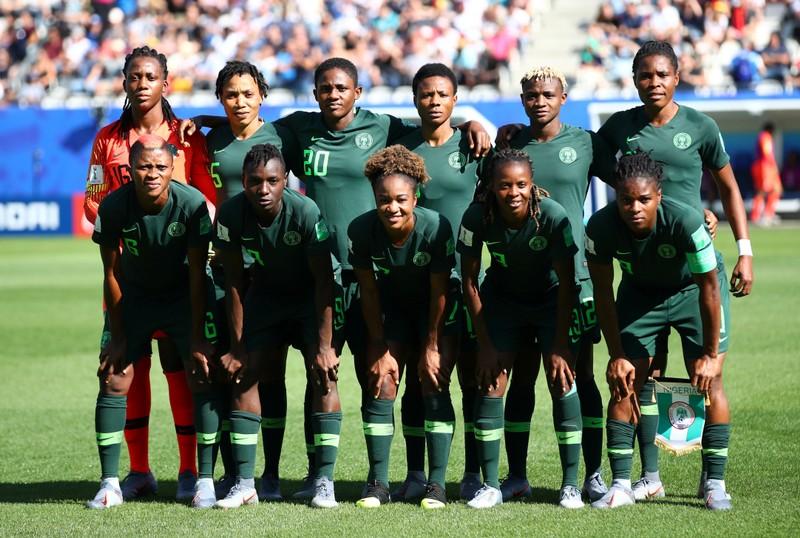 (Reuters) – Nigeria’s players have refused to leave the team hotel after their exit from the women’s World Cup on Saturday, demanding […]