The world’s largest cinema chain is offering the chance to rent an entire movie theater for just $99, as it struggles to stay afloat during the coronavirus pandemic.

AMC, which owns or operates approximately 1,000 theaters and 11,000 screens in 15 countries, publicized the offer on its Twitter feed on October 12, inviting people to apply for a screening.

Applications will be responded to within three business days, AMC said.

Up to 20 people can attend the $99 screening for 34 films including Shrek, Hocus Pocus, Monsters Inc and Jurassic Park.

More recent films are slightly more expensive, with Tenet, released in September, for $149 – $349, depending on the time.

Honest Thief, Liam Neeson’s new film, which opened on Friday, is available for the same price.

The offer is available across the United States, except New York, Alaska and Hawaii. 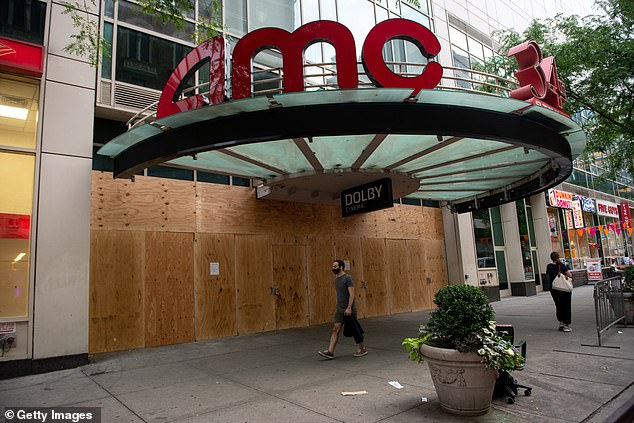 AMC’s $99-rental offer is available across the US, except in New York, Hawaii and Alaska 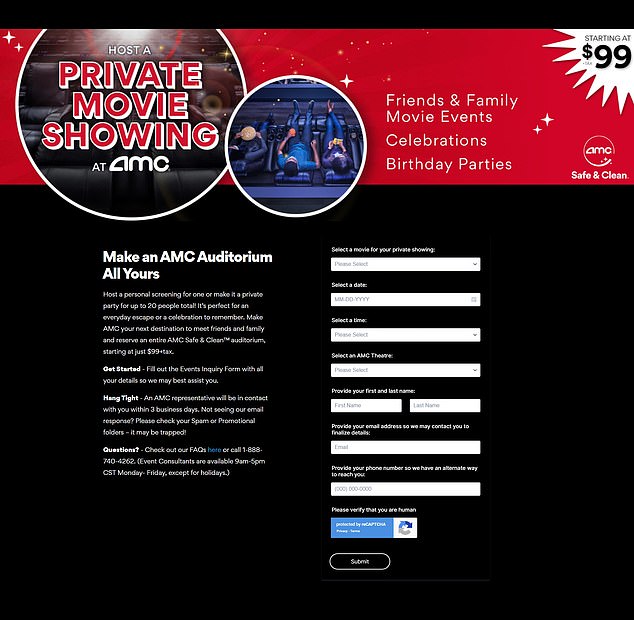 AMC has found several ways to make money around the screenings, though.

The company will rent you a microphone to address your friends for $100.

Customers who want to bring their own food will be charged a $250 catering fee — but AMC said it won’t allow food that requires a ‘heating element.’

Customers also won’t be able to bring food that the theater already sells.

One man said on social media that he saw Tenet on October 13, in an undisclosed location.

Steve Garvin commented on the website NoFilmSchool.com: ‘We did this to watch Tenet and the experience was great!

‘Safe, fun and NOT AT OUR HOUSE.

‘Worth it big time, and we didn’t like the movie all that much.’

On Sunday one excited customer tweeted: ‘Me and my dad are renting out the local AMC for a Halloween movie night. Its only 99 bucks !’

Social media responses to the idea were overwhelmingly positive.

Another said: ‘have anyone rented the AMC theaters for the $99 ? i want to know if it’s true , cause i want to do iiiiiitttt.’

Another said: ‘So you telling me, AMC I can rent a whole theater out for $99 as date night for my date and I. Yes, sign me up please.’

Earlier this month AMC said they could go out of business by the end of this year.

The Kansas-based company said their financial resources would be ‘largely depleted’ by the end of this year or by early 2021 because of the ‘reduced movie slate for the fourth quarter,’ as well as ‘the absence of significant increases in attendance from current levels.’ 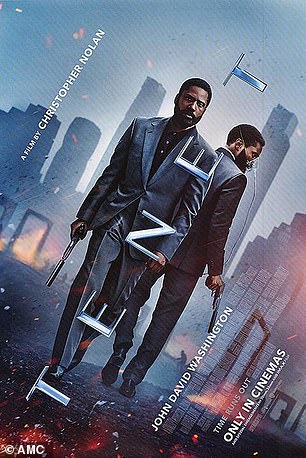 Tenet opened last month and is among the films available for private rental, from $149

AMC’s revenues fell to $941.5 million, down roughly 22 per cent compared with $1.2 billion in the same quarter last year, according to a Security and Exchange Commission filing in June.

The company blames these losses on having shut its theaters to mitigate the spread of the virus.

‘In compliance with these restrictions, all of our theaters worldwide have temporarily suspended operations through June,’ the company said in the filing.

‘During this period, we are generating effectively no revenue.’

On Saturday Andrew Cuomo, the governor of New York, announced that cinemas in the state could begin to reopen from October 23, at 25 per cent capacity – but not in New York City.

Cinema owners have also been left dismayed by the decision by Hollywood executives to push back the release of films such as the new James Bond film and Wonder Woman 1984. 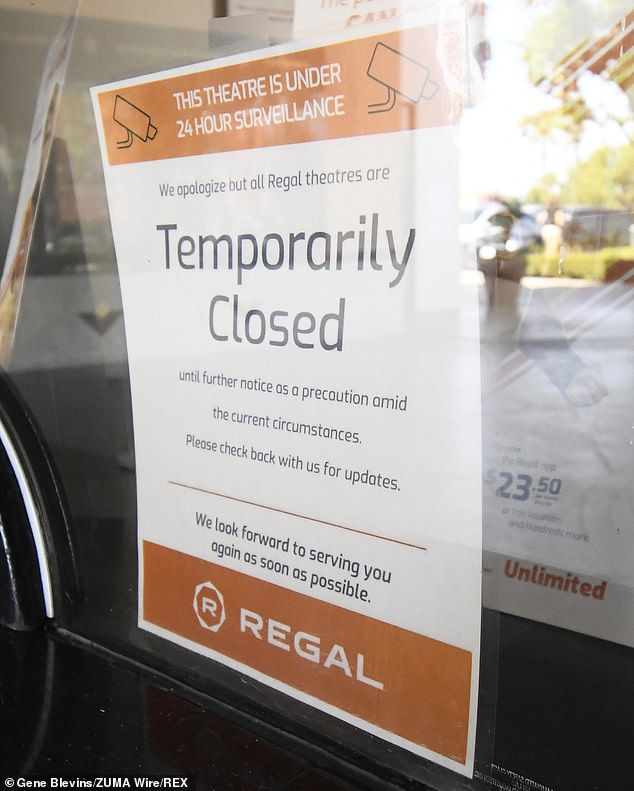 The number of viewers using streaming services has increased significantly since stay-at-home orders began last spring, with streaming activity up 60 per cent, according to a Nielsen report.

Jeff Bock, a senior analyst at entertainment research firm Exhibitor Relations, told CNN earlier this month that theaters will continue to be hit hard if these trends continue.

‘We have to prepare for the inevitability that one, or more, of the major chains may not survive if this situation continues to lurch into next summer,’ Bock told CNN.

‘The number of movie theaters that will close on a permanent basis will be directly proportional to how long it takes the US to stomp out the virus.’

Coronavirus: US 'not ready for antibody drugs', say Harvard doctors

One egg a day increases the risk of developing diabetes by 60%, study warns