Calls and emails come in at all times of day and night. They no longer concern fun or prestige. Instead they focus on fresh water and solar panels. These were not the inquiries they had grown used to.

The island brokers are overwhelmed.

As the coronavirus pandemic has devastated countries around the world, it has upended nearly every aspect of life for everyone, including for those most insulated by money. Even the niche, ultrarich world of island commerce has been turned on its head.

“This has been the busiest two months I’ve had in 22 years of selling islands,” Chris Krolow, chief executive of Private Islands Inc., said in July. The pace has not slowed since then, he said. The only time he has ever had anywhere near this quantity of inquiries was shortly after the disastrous Fyre Festival on Great Exuma, in the Bahamas, in 2017. Krolow said he was swamped, for some reason, with questions from “kids hoping to start their own country.”

Before the pandemic, an island was typically a vanity purchase that a wealthy client — usually male — would pursue sometime after retirement, brokers said. The island bug would usually strike a few years after the novelty of other luxury purchases had worn thin.

“You have your yacht, your jet — now you want your island,” said John Christie, president of Christie’s International Real Estate, a firm based in the Bahamas.

The island brokers knew how to cater to these clients. They sought a place to feel like a “boss from sea to sea,” Christie said, a little kingdom with no authority except their own. Deals could be sweetened by allusions to billionaire or celebrity neighbors.

But this new wave of island buyers is less driven by ego than a desire to escape the virus, and brokers, like their clients, are newer to pondering survival. So even after a few harried months, brokers are struggling to meet their clients’ new requests, like having agriculture to go with the helicopter landing pad.

Despite the high interest driven by the coronavirus crisis, Krolow’s firm, based in Canada, has closed only a few sales. Like other brokers, he says that much of his time has been consumed by setting expectations about what it actually takes to set up a self-sufficient island — the logistics of paradise are complicated — and figuring out how to show properties to potential buyers amid travel restrictions.

Dylan Eckardt, an agent for Nest Seekers International, says he gets a lot of calls in the vein of, “Money is no object; put me wherever my family can’t get sick.” He recently tried to deliver on this for one family by renting them a private island in Maine for $250,000 a week.

But renting is not enough for some wealthy people. The pandemic has fundamentally changed the way they’re thinking — long term — about being around other humans.

“Before, an island was a toy,” said Marcus Gondolo-Gordon, chief executive of Incognito Property based in England. Now clients describe dreams of a “a bloody long boat ride” to ensure that no one will cruise up and infringe on their isolation, he said. They also want access to fresh water, solar panels and a house that is ready to sleep in, tomorrow.

Quickly setting up an island for self-sufficiency is going to be hard, Gondolo-Gordon has to tell them. Construction on private islands takes far more time than on the mainland or even on typical, nonprivate islands. And brokers cannot guarantee that islands will be safe havens from civil unrest. For example, just this week he looked at a lovely island in the eastern Mediterranean — a steal at $7.4 million. But there are some tensions in those waters, which are contested by Turkey and Greece.

“You’re going to have to read the news,” he tells clients. And they’ll also have to consider that their shoreline will most likely be affected by climate change. When they cannot handle this, he advises them to rent a superyacht.

Several buyers declined, through their brokers, to be interviewed about their experiences shopping for islands.

Before the pandemic, most agents would sell islands as a boutique fraction of their broader real estate business.

Now that many sellers report seeing a surge in island interest, several brokers said it was taking over more of their business. Still, Krolow is the rare broker who is all islands, all of the time.

He helped sell his first island in the late ’90s, almost accidentally, after accepting a seller’s offer to put an ad for it on the small website about islands that he had created.

Two decades later, Krolow’s site features hundreds of islands. Some cost less than $100,000, like the small, rock-strewn strips of land in Canadian lakes. Others reach eight- and nine-digit sums and offer airstrips and prebuilt resorts in turquoise waters in the Caribbean and the South Pacific.

One of the biggest advantages of selling islands amid a pandemic, brokers say, is that clients are more flexible about location. British buyers who were once fixated on Greek islands are now excited about isolating in the Seychelles or the Irish Sea. Americans’ and Canadians’ enthusiasm for the South Pacific has recently been superseded by interest in closer shores in the Bahamas, Belize and Panama.

But transporting clients to show them islands is trickier than ever. At one point, Krolow had a dozen potential buyers ready to see islands in Belize, but the airports were closed. Over the past six months, there had been only a few weeks when you could easily fly in and out of the Caribbean, said Edward de Mallet Morgan, a partner at Knight Frank, a real estate firm in London.

It’s one thing to buy a house without visiting it first, he said, but “buying an island is a different thing, particularly if you can’t even send your professional advisers to review it for you ahead of time.”

The British Virgin Islands have barred tourists until at least December. And even as flights have resumed to the Bahamas, visitors must commit to installing a phone app and quarantining for two weeks. These measures are too much, some clients tell their brokers.

Some potential buyers have found workarounds. One of Christie’s U.S. clients had his boat captain sail his yacht to the Bahamas from Florida. The client took a private flight and then boarded his yacht, where he “quarantined.”

His captain then took him to his two potential pandemic escapes. One was Bonefish Cay, an $8.2 million, 13-acre island already set up with five buildings and the capacity to generate its own electricity. But that was not quite right, the client told Christie.

The other option was Foot’s Cay, an $8.7 million, 20-acre island featuring a four-bedroom main house and a weatherproof concrete bunker housing a generator. This was more intriguing — but by the time the client stepped onto its shore, it had already gone to another buyer. 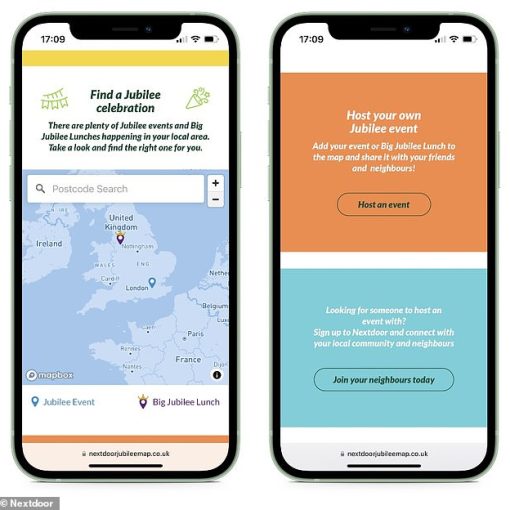 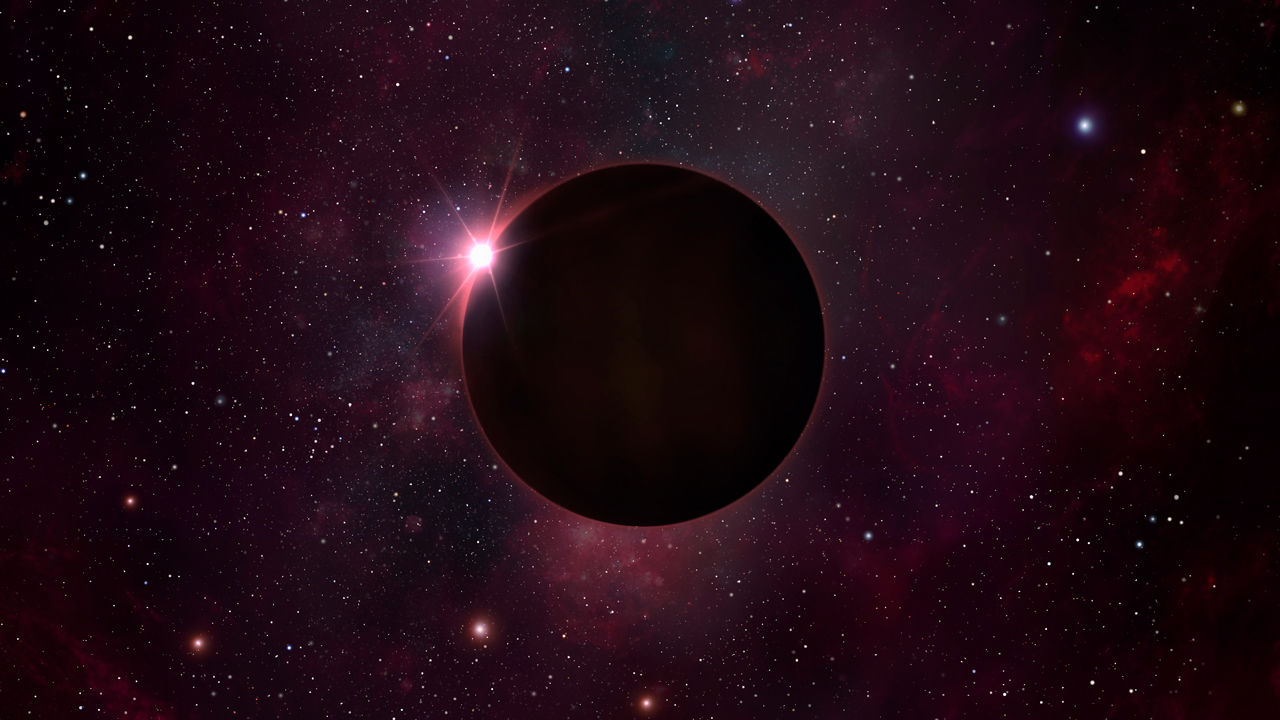 An artist’s impression of a black dwarf, a cooled-down stellar remnant that could form in trillions of years MARK GARLICK/Science Source By […]

From Road & Track You might not know it, but most modern passenger cars equipped with all-wheel drive rely heavily on traction […] 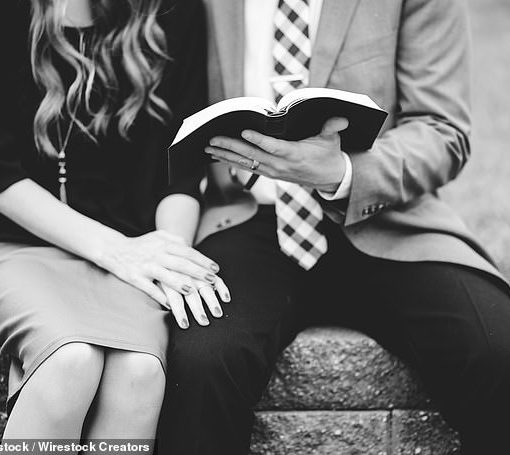 While you might think that the amount of sex you have influences your sexual satisfaction, a new study suggests that this may […]