President Donald Trump’s campaign wanted a third-party to inspect Democrat Joe Biden’s ear at Tuesday night’s presidential debate to ensure he wasn’t wearing an earpiece, it was revealed hours before the event.

Fox News Channel reported the request Tuesday morning as more details surfaced about the negotiations the two campaigns are having with the Commission on Presidential Debates.

Biden’s team did not agree to the demand, the channel reported, although it is unclear exactly when it was made.

Trump’s campaign volunteered that he would have his ears inspected.

‘Joe Biden’s handlers several days ago agreed to a pre-debate inspection for electronic earpieces but today abruptly reversed themselves and declined,’ Trump’s campaign said in a statement Tuesday afternoon.

‘On top of the refusal to take a drug test, it seems pretty obvious that the Biden team is looking for any safety net they can find in the hours leading up to the debate. With his 47 years as a failed Washington politician, how much help does Biden want?’ the Trump campaign added. 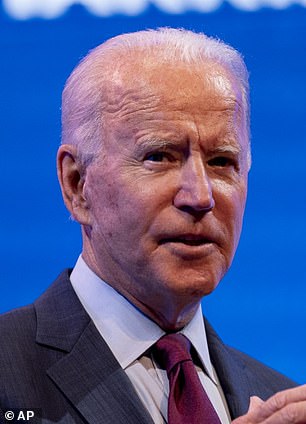 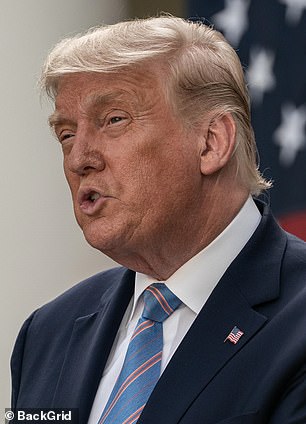 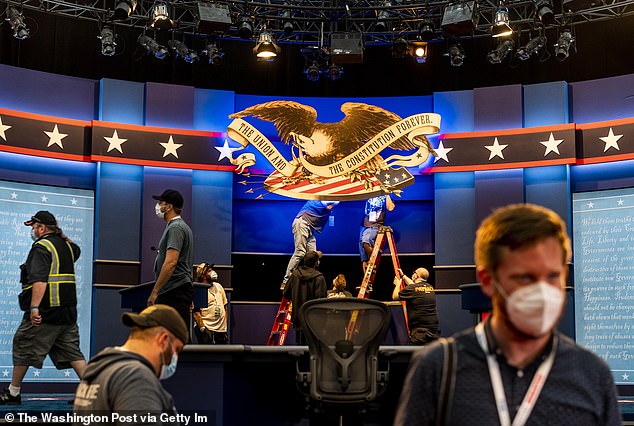 The first presidential debate will take place Tuesday night in Cleveland, Ohio. The Biden campaign asked for two breaks during the 90-minute face-off, Fox News Channel reported, but the Trump campaign wouldn’t go for it

Under debate rules neither man will wear an earpiece.

Biden’s team had also requested that the debate commission which oversees the broadcast divide it into 30-minute segments with breaks, instead of the 90 uninterrupted minutes which it will be.

‘Biden’s handlers have asked for multiple breaks during the debate, which President Trump doesn’t need, so we have rejected that request,’ the Trump campaign also said.

The request was ultimately not granted by the commission. 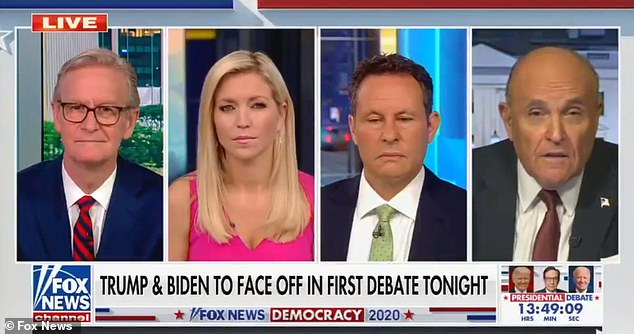 Trump’s personal lawyer Rudy Giuliani (right) floated on ‘Fox & Friends’ Tuesday morning that Joe Biden was suffering from ‘dementia,’ telling the hosts that he had talked to doctors about it. Steve Doocy (left) pushed back and told Giuliani, ‘that’s your opinion’

‘The man has dementia. There’s no doubt about it. I’ve talked to doctors, I’ve had them look at 100 different tapes of his, five years ago and today,’ Giuliani told the hosts.

‘He can’t recite the Pledge of Allegiance and he’s fine,’ Giuliani said sarcastically.

The ex-mayor claimed Biden had ‘middle level dementia’ and then said the Democratic nominee showed signs of the ‘fifth symptom of dementia.’

‘I think the president is quite right to say maybe he’s taking Adderall or some kind of Attention Deficit Disorder thing,’ Trump’s lawyer said.

‘It’s just not my opinion, it’s the opinion of a number of doctors I’ve interviewed,’ Giuliani shot back.

Co-host Brian Kilmeade said ‘we can stay away from that’ as Ainsley Earhardt changed the topic to the Supreme Court.

The attempt by the Trump campaign to claim Biden would wear an earpiece echoes a 2016 accusation that Hillary Clinton wore one in the form of an ‘ear pearl’ – to get help during a presidential forum.

Trump never publicly embraced the conspiracy theory, but his son Donald Trump Jr. tweeted about it.

However in recent weeks the Trump campaign has amplified claims – denied by the Biden camp – that the Democratic candidate uses a teleprompter during interviews.

Trump himself claimed that Biden was ‘given the questions’ at a press conference – which he was not – and read the answers from a prompter.

There’s been mixed messaging from Trump world about Biden in the run-up to Tuesday night’s first presidential debate in Cleveland, Ohio.

Trump and his allies have tried to push the narrative that Biden’s not ‘all there,’ while at the same time the Trump campaign told lawmakers and their staff Monday that Biden’s debating skills shouldn’t be underestimated. 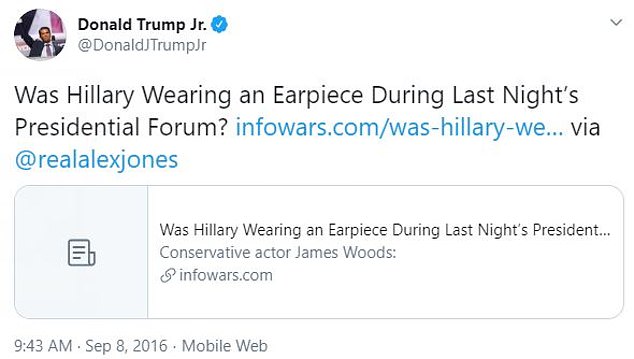 Amplified: Donald Trump’s son pushed the conspiracy theory that Hillary Clinton was being prompted with a secret earpiece in  2016 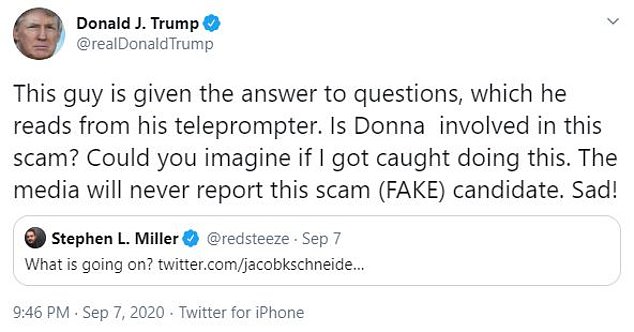 Claims: Donald Trump has repeatedly claimed his rival reads answers from a teleprompter and pushed an untrue claim that he was given questions in advance when he held a press conference

The president has also pushed Biden to take a drug test, suggesting that his debate performance was much improved when he debated Sen. Bernie Sanders in March, compared to previous Democratic debates where multiple candidates were involved.

The 90-minute debate will break up into six segments, selected by Fox News’ Chris Wallace, who is moderating.

The candidates will not shake hands when they take the stage at 9 pm ET on Tuesday night because of the coronavirus pandemic. Instead they will stand at podiums that are socially distanced from one another while Wallace sits at a desk in front of them.

There will be no opening statements and the first question will go to Trump.

There will be a ‘small’ audience in the room, all of whom will be tested for COVID, according to Peter Ayre, senior adviser to the Commission on Presidential Debates.

The two candidates have taken different approaches to their preparations.

Biden has been hunkered down in Wilmington with briefing books and mock debate sessions.

Polls show Biden leading Trump nationally and in a number of key battleground states ahead of the debate, which is their first face-to-face meeting this year.

‘I am looking very forward to the debate,’ Trump told reporters at the White House on Monday.

The questions heading into the debate: Will Trump defend attacks on his taxes and the COVID response and can ‘Sleepy’ Joe Biden, 77, convince voters he has the strength to hold America’s top job?

President Donald Trump and his Democratic challenger, Joe Biden, will meet on the debate stage for the first time Tuesday night in Cleveland. Millions of voters will get their first opportunity to compare the candidates’ policies and personalities side by side on national television for 90 minutes just five weeks before Election Day and as early voting is already unfolding in some states.

Here are some of the biggest questions heading into the night:

HOW DOES TRUMP HANDLE BEING ON THE DEFENSIVE?

In his first formal debate since taking office, Trump has a lot to answer for.

More than 200,000 Americans have been killed by COVID-19 under his watch – the highest death toll of any country in the world. Tens of millions of people are still out of work. The country’s cultural and political divisions are widening. And don’t forget the weekend revelations that Trump has paid less federal income taxes than most working-class Americans for several years.

Moderator Chris Wallace of Fox News and Biden will no doubt press Trump on those facts.

Trump seems to revel in hand-to-hand combat, and history suggests that neither facts nor any code of conduct will prevent him from saying whatever he needs to change the subject. He can pivot to more friendly issues such as the Supreme Court confirmation fight or ‘law and order’ – or he can jump into the mud by going after Biden’s mental and physical strength or his family.

Such personal tactics worked for Trump four years ago. But now that he’s the man in charge of the country, it’s unclear if voters will be as willing to accept the brash outsider act.

HOW DOES BIDEN RESPOND?

It’s difficult to keep up with Trump’s campaign messages, but one line of attack has risen above the rest over the past year: that the 77-year-old Biden, or ‘Sleepy Joe,’ is not mentally or physically fit to be president. Therefore, perhaps nothing matters more for Biden on Tuesday night than his ability to convince America that he has the strength to hold the world’s most important job.

Given Trump’s persistent attacks, Biden faces a low bar in proving his stamina.

But it’s worth asking whether that’s the measure for success that voters should use. After nearly a half century in politics, Biden is a far more experienced debater than Trump, and he has a much better grasp of foreign and domestic policy. On paper, at least, Biden has the advantage.

Yet the former vice president’s uneven performances in the primary debates offer plenty of reasons for Democrats to be worried. 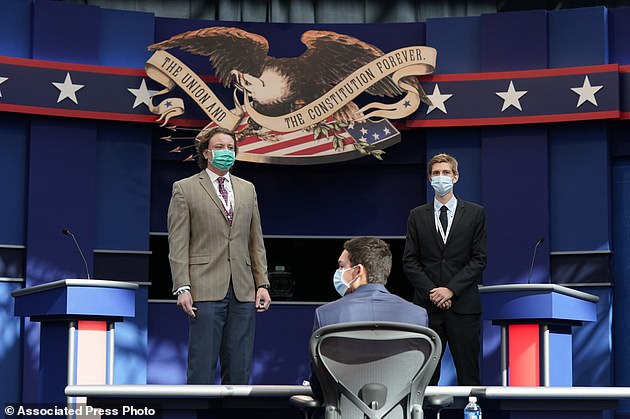 WHO WILL VOTERS SEE ON STAGE?

Trump and his Republican allies have been trying to brand Biden as a socialist since he emerged as the Democratic nominee from a pack of primary candidates that featured a self-described democratic socialist (not Biden). And Biden and his allies have been calling Trump a racist since Biden launched his campaign.

On Tuesday, each candidate will have a prime-time opportunity to debate the policies and rhetoric underlying each argument.

Biden, who has long positioned himself to the center of his party’s most liberal positions, has embraced plans to enlarge the government’s role in health care, education and the environment. Such policies are hardly socialist, but they would represent a significant shift to the left and require tax increases.

Trump has a well-established pattern of using racist rhetoric and favoring policies that disproportionately favor white people. For example, Trump has used the power of his office to crack down on Black Lives Matter protesters fighting for civil rights, calling them ‘terrorists’ and warning that violent mobs of such protesters are invading largely white suburbs.

While the candidates’ personalities may draw more attention than their policies, it’s their policies that will touch the lives of virtually every American voter.

Heading into the debate, Biden’s team was advising him to avoid messy confrontations and fact checking Trump in real time to avoid getting pulled into the mud with a president who loves getting dirty.

Biden could easily spend all 90 minutes consumed by trying to refute Trump’s claims, and no doubt, liberals will want to see Biden take the fight to the president whenever the opportunity presents itself. But Biden also wants to rise above the chaos and present voters with a clear alternative who’s willing to compromise and move past the divisive fights that have dominated the Trump era.

It’s a delicate balance, and Biden has struggled at times to stick to his advisers’ plans. You may remember him snapping at voters on the campaign trail back in the spring or the campaign’s futile attempt to get him to shorten and focus his stump speeches.

Even under the best of circumstances, as we’ve seen in Trump’s previous debates, it’s difficult to take on Trump directly. The former TV reality star is clearly comfortable on camera, and he’s willing to say whatever he needs to – whether it’s true or not.

HOW WILL DEMOCRACY FARE?

Trump has repeatedly sought to undermine the integrity of the election by raising unfounded concerns about voter fraud. Trailing in the polls, he’s been escalating such warnings as Election Day nears.

There are legitimate concerns about the Postal Service’s capacity to handle the surge of mail ballots as people try to participate in the election as safely as possible during the pandemic. And several states are scrambling to avoid the same ballot-counting delays that plagued primary elections. But experts are quite clear that there is no evidence of significant voter fraud and very little chance it will happen in 2020.

The experts’ voices are not as loud, however, as whatever will be said Tuesday night. 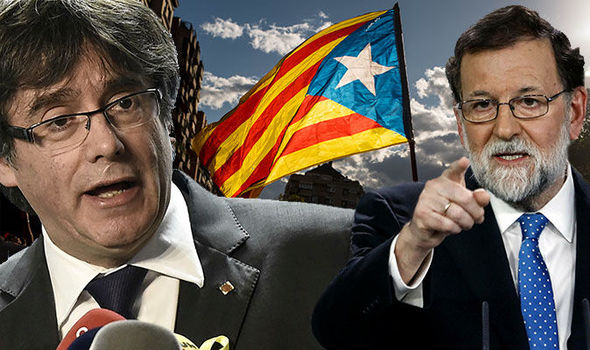 Addressing reporters during his end-of-year press conference in Madrid, Mariano Rajoy roundly dismissed the idea that the region could be run from […] 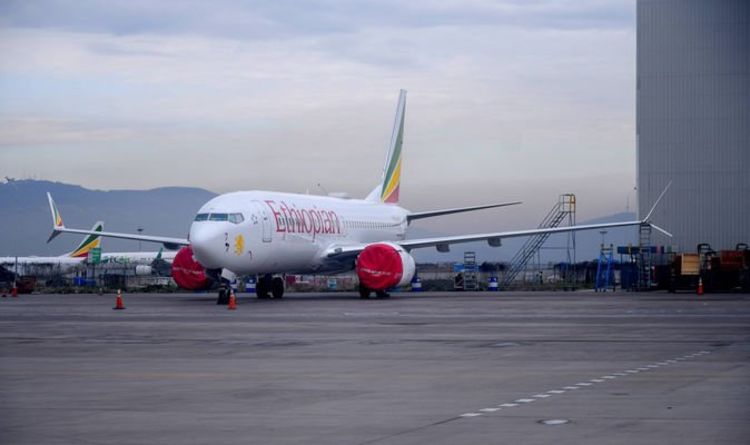