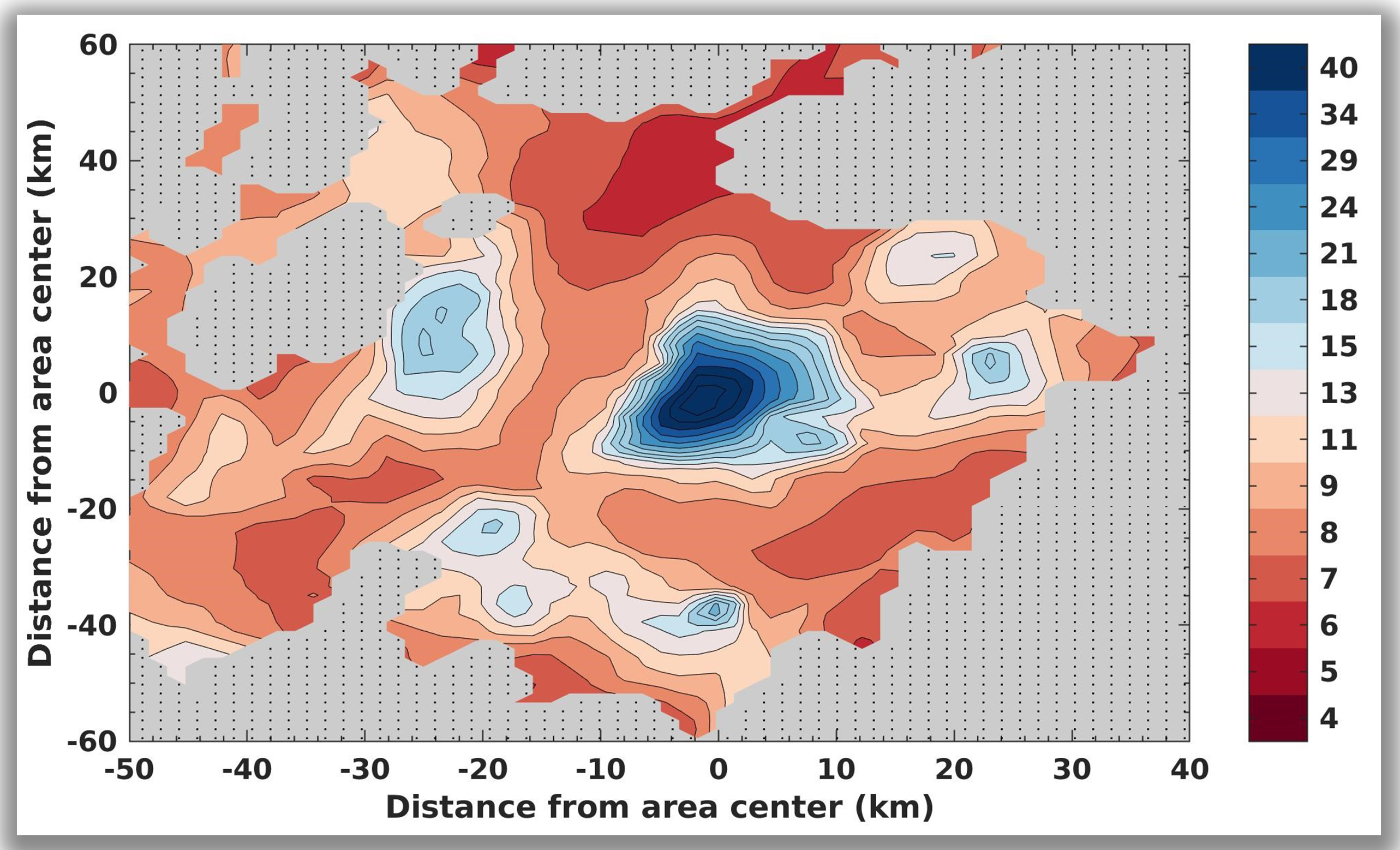 Earth’s subglacial lakes are teeming with bacterial life, and similar life might survive in liquid reservoirs on Mars, scientists have speculated.

“We are much more confident now,” said Elena Pettinelli, a professor of geophysics at Italy’s Roma Tre University, who led the latest research and the earlier study. “We did many more observations, and we processed the data completely differently.”

The planetary scientist and her team processed 134 observations of the region near the south pole with ground-penetrating radar from the Mars Express Orbiter between 2012 until 2019 – more than four times as many as before, and covering a period of time more than twice as long.

They then applied a new technique to the observation data that has been used to find lakes beneath the Antarctic ice sheet, as well as an older technique used in the 2018 study.

Both methods indicate there is a “patchwork” of buried reservoirs of liquid in the region, Pettinelli said – a large reservoir about 15 miles across, surrounded by several smaller patches up to 6 miles across.

The researchers can’t tell how deep the reservoirs go, but they begin about a mile below the surface, she said.

And while the radar doesn’t show what they’re made of, they are probably “hypersaline” solutions – water saturated with perchlorate salts of calcium, magnesium, sodium and potassium – that keep them liquid at below minus 90 degrees Fahrenheit, Pettinelli said.

The new study of a potential underground niche for life on Mars comes just a few weeks after scientists reported finding potential signs of life in the clouds of the planet Venus.

If these really are buried bodies of liquid water, they might be a prime spot where microbial alien life could survive on the red planet – perhaps a remnant of the life that might have existed there billions of years ago if Mars had seas of water on its surface.

Liquid water is a key ingredient for life as we know it – although exotic chemistries for life based on hydrocarbons or carbon dioxide have also been proposed.

Mars is now thought to be bone dry, but moisture in its atmosphere freezes during Martian winters as water ice above the permanent carbon dioxide ice caps at the north and south poles.

If the discovery is verified, this is the first time liquid water has been found on Mars, and it will have a profound impact on the search for extraterrestrial life.

Steve Clifford of the Planetary Science Institute, a nonprofit based in Tucson, Arizona, said he agrees that an underground body of water is the most plausible explanation for the radar observations by Mars Express – but he argues it might not be as cold or as salty as the researchers suggest.

Clifford, who worked on the Mars Express mission but who was not involved in the new study, said he thinks the underground liquid could be created by heat from the planet’s hot interior melting the icy sediments in the same way that geothermal heat melts the base of the Antarctic ice sheet in some regions.

That would mean that the underground reservoirs on Mars needn’t be extremely salty to stay liquid, he said.

Not everyone is convinced by the new study, however.

Planetary scientist Jack Holt of the University of Arizona’s Lunar and Planetary Laboratory in Tucson said in an email that Mars was probably much too cold for even hypersaline water to exist as a liquid – and if it did, then liquid water would also exist in regions that looked the same in the radar maps.

“If we apply the same interpretation, then there should be springs flowing out along the edge of the polar cap,” he said. “And that is not the case.”

Holt works with radar on the Mars Reconnaissance Orbiter, which has seen no signs of liquid water – although the Mars Express researchers suggest it is using the wrong radar wavelengths to see them.

Holt also thinks any description of buried “lakes” of water is misleading: “At best, patchy wet sediment,” he said. “But even that is a stretch.”