Arsenal have been told that they must present a reasonable offer for Houssem Aouar to Lyon by Friday, because the midfielder will be staying in France if he has not left the club before the weekend. Lyon president Jean-Michel Aulas has upped the pressure on the Gunners to make a bid closer to their asking price for the 22-year-old.

The north London outfit are keen to make Aouar their seventh and final addition of the summer transfer window, which closes next Monday.

Mikel Arteta’s men have had one bid rejected – said to be worth around £35million – already for the creative midfielder.

Aulas said of that offer on Twitter: “For Houssem Arsenal is too far from his value. We are counting on him to play a great match in Lorient [on Sunday] and lead OL in the CL [Champions League] in the next year.”

And now, the Lyon president has made it clear that any existing players at the club who have not left by Friday will stay on for the upcoming campaign.

“We will tell the players that whatever will not be settled in terms of departures before Friday, there will be no more departures [after that],” he told Telefoot.

“So for us the [closing] date of the transfer window will be Friday. Even if I have not personally heard, in the discussions I had with [Lyon manager] Rudi [Garcia], this argument, I think I will propose it tomorrow [Tuesday] to Rudi and [sporting director] Juninho.

“Because it’s understandable. And all people of good will can see that there is something wrong. It can be a bit like that, but it can also be a lot of other things.

“In any case, from Friday, the players who have not left will not leave.”

That means Arsenal must quickly return with an improved offer if they want to land the France youth international, who last season produced nine goals and 10 assists in 41 games across all competitions.

Arteta sees Aouar as a player who can help inject extra vision and ingenuity into the Arsenal midfield, which has been lacking cutting edge in the final third since Aaron Ramsey’s departure, combined with Mesut Ozil’s decline in the past two years.

“He wants to come to Arsenal. Arsenal are quite positive in a way that they can increase the offer.

“They need to sell [Lucas] Torreira, maybe Sokratis but he [Arteta] wants him, that’s his Kevin De Bruyne.

“He sees different players [in Aouar and De Bruyne] but he sees a similar profile there, a similar use of how he wants to use Aouar like De Bruyne being used by Pep [Guardiola]. I want this one to happen!”

Arsenal are also keen on Atletico Madrid holding midfielder Thomas Partey but a deal for the Ghanaian would require an upfront £45m payment due to the release clause in his contract in the Spanish capital.

Yet Gunners legend Nigel Winterburn would prefer to see Partey come to the Emirates over Aouar.

Aubameyang explains how close he came to leaving Arsenal for Barcelona

He told FreeSuperTips: “[Partey] takes the ball in tight situations and has the power and the ability to go past the opposing midfield players.

“Once you start to eliminate in this way, as Partey does, you tend to open space in and around the opposition’s defence.

“With Arsenal’s pace up front, they can take advantage of this and cause some damage.

“Mikel Arteta is not totally happy with the midfield that he currently has and looks like he wants to change it up.

“As always with Arsenal it takes a long time to get things done. We’re just going to have to again wait and see, but I don’t believe that Arsenal have the money to bring them both in.

“Also, when discussing ideal signings, we forget to consider whether those players want to join Arsenal, and that’s the most important thing.

“So, we’ve got to wait and see, but my preference of the two would be Thomas Partey.”

Our cartoonist on a dramatic set of games in France, including England’s win over Cameroon Take a look through David’s archive of […]

The appointment of Phil Neville as manager of the Lionesses was shambolic. Not on the initial shortlist, or even longlist, rumour has […] 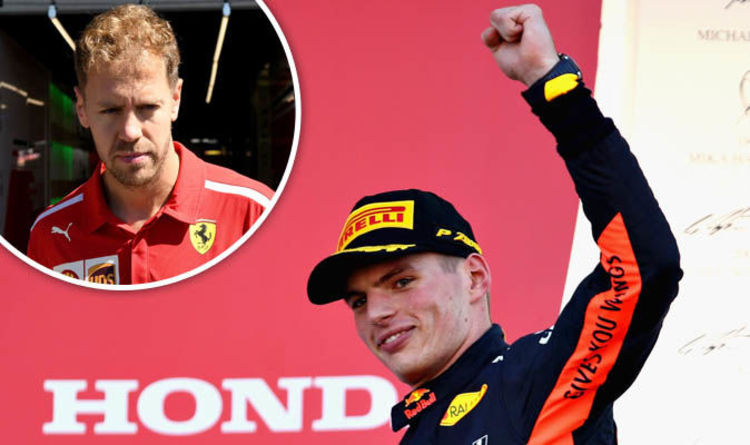 After starting the race down in eighth place after a torrid qualifying yesterday, Vettel tried to overtake Verstappen at Spoon corner in […]

Pathetic. Cheat. Joke. These are some of the more “PG” things I’ve been called over the past month while refereeing football. I […]