Pierre-Emile Hojbjerg was once frozen out of international football for almost two years after ruffling feathers in the Danish camp once too often.

Little surprise then, especially following Tottenham’s much-publicised fly-on-the-wall Amazon series, that he was identified by Jose Mourinho as a player with the character to shake up Spurs’s squad of ‘nice guys.’

Mourinho, appointed last November, quickly earmarked midfielder Hojbjerg for a role in his Spurs revolution, telling friends the 25 year-old was the first signing he needed, and finally got his man in August after some protracted negotiations having first shown interest in January. 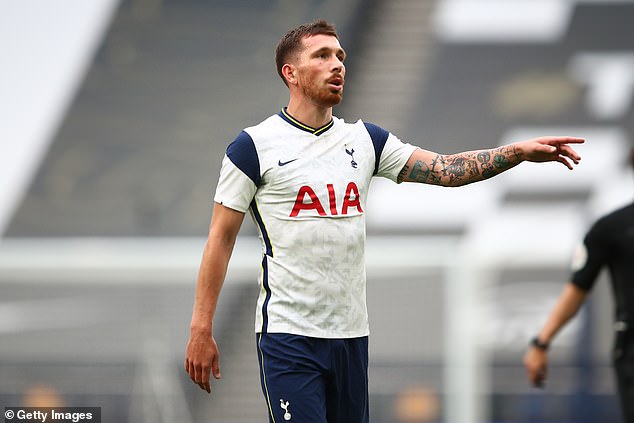 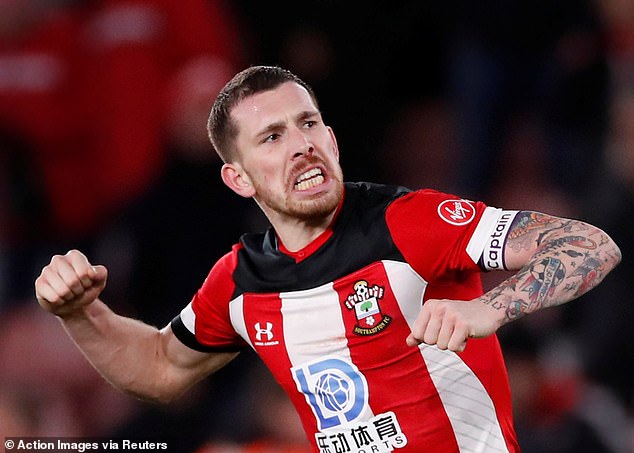 Hojbjerg, meanwhile, got his wish of a move to Spurs, surprising those in his close circle by rejecting almost twice as much money – the likes of Everton, Ajax and Monaco also wanted him – in order to fulfil his dream of playing for Mourinho.

On Sunday, midfielder Hojbjerg faces a quick reunion with his old club, his St Mary’s return one of the subplots of Spurs’s lunchtime trip to the south coast.

The occasion has been overshadowed somewhat by two others – the fairytale return to Spurs of another player with connections to both clubs, Gareth Bale, as well the Londoners’ interest in the Southampton’s star striker Danny Ings.

Though in some ways it will be quite fitting if Hojbjerg does indeed go under the radar. 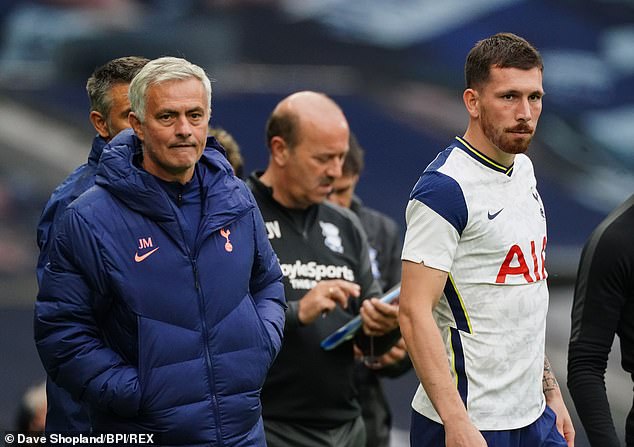 On the scale of the frosty reception Adam Lallana gets when he goes back to the hero’s welcome Rickie Lambert received, Hojbjerg’s greeting was already expected to be somewhere in the middle before this week’s developments.

Some ironic jeering perhaps but not quite fussed or upset enough to go as far as full fury even though he was their captain when he announced he wanted to join a bigger club in May, a move that cost him the armband.

That maybe unforgiveable to some supporters but Hojbjerg at least gave his all while he remained on the payroll and never fell out with anyone.

That his influence on and off the pitch was on the wane in his closing months also made his £15m exit a little easier to stomach. 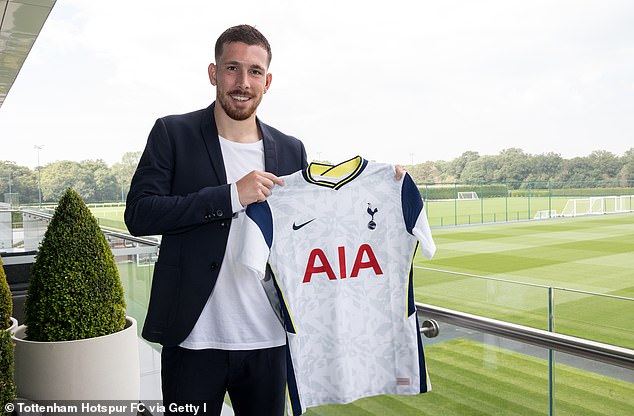 Hojbjerg had grown into role model figure since arriving at Southampton in 2016 and was renowned for helping the youngsters that came into the first team fold having been in their position as he came through at Bayern Munich.

However, it became increasingly harder for him to try and persuade others to follow his lead when he wanted out and his own performance levels had dipped.

In the end the high hopes they had when they snapped him up the one-time Pep Guardiola protégé from Bayern were never quite justified. A parting was merely a natural step.

The sense among some that Southampton have not lost all that much, though, contrasts with the hope at Spurs that they have plenty to gain from Hojbjerg. 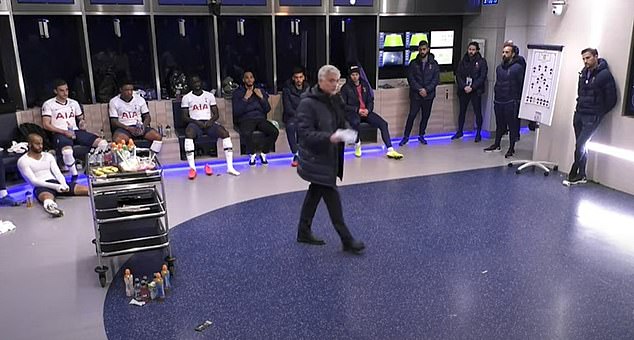 Amazon’s All Or Nothing series has provided a fascinating insight into Mourinho’s belief that he inherited a squad that was too nice and they needed to become ‘intelligent c****’, ‘nasty’ and ‘bastards’ to become winners.

In one episode he highlighted Wolves’s nous and tactical fouling as a key reason for a victory at Spurs.

Meanwhile Mourinho was also happy to see the conflict that broke out between teammates Dele Alli and Eric Dier that followed the loss too.

There is a streetwise edge, mental toughness and readiness to do the ugly side of the game that Mourinho believes is key in winning sides.

And speaking up, even if it leads to confrontations among teammates, is ‘not a drama’ or necessarily a bad thing either he argued. 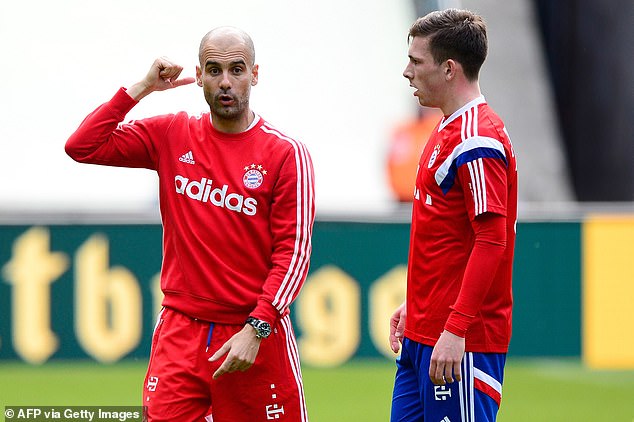 Enter Hojbjerg. The dirty stuff is no problem. The energetic midfielder regained possession a Premier League-high 325 times last season and crept up Southampton’s foul chart during his four seasons, finishing his final two seasons in their top two.

Meanwhile, he has proved more than happy to upset the apple cart regardless of the ramifications. The way he left Southampton is one such example with another coming during his Denmark career.

An emotional post-match interview in 2015 during which the 19-year-old broke down in tears endeared him to the nation and made him someone all outlets subsequently wanted to speak to following games.

But, over time, some of his criticisms in following interviews such as ‘they played like little boys’ and ‘needed to look at themselves in the mirror’ upset more senior teammates. 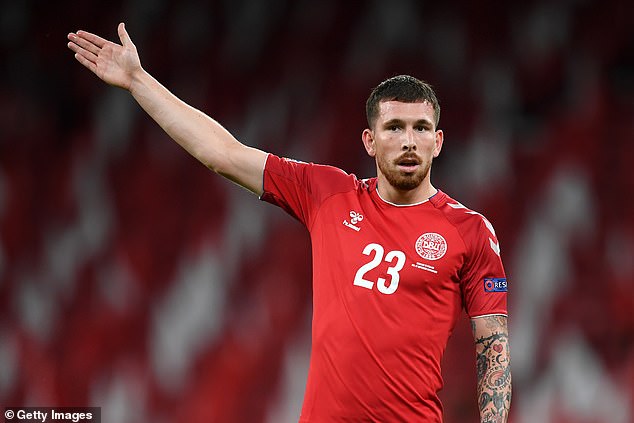 They added to a growing belief – further fuelled by a disagreement with then boss Age Hareide over team selection – that the international rookie was starting to get ahead of himself and act like he was one of the squad’s leaders.

It all contributed to almost two years in international exile for Hojbjerg which ended in October 2018.

Hareide says age and experience have helped Hojbjerg channel that part of his makeup and become more of a team player when he previously ‘thought a bit individually first.’

As if to underline that, Hojbjerg became one of Southampton’s go-to players when rallying cries and the right public messages were required in post-match interviews at difficult times, such as their humiliating 9-0 defeat to Leicester last season. 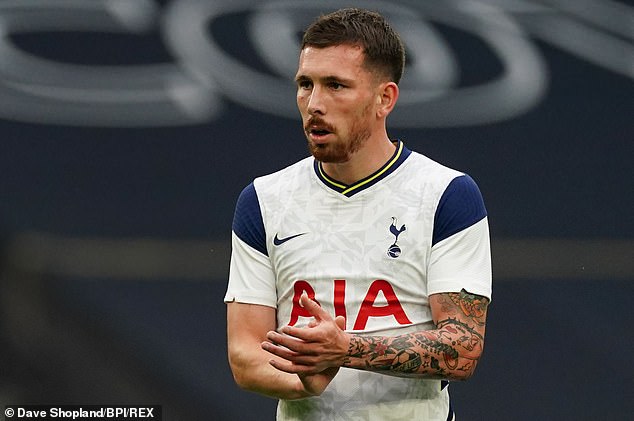 He is straight-talking, speaks from the heart and prepared to criticise his own at the right time

Still straight-talking, speaking from the heart and prepared to criticise his own, but at the right time and in the right way.

Mourinho, no stranger to singling out his own players, will welcome having a player just as prepared to say it how it is when required.

Very loyal, a leader, great person and character and a fighter who gives 100 per cent to his club, according to those who know him well, they are among further Hojbjerg qualities that make him seemingly tailor-made for Mourinho.

Of course, there will need to be actions to back up the words. Spurs and Hojbjerg were well below par in their morale-sapping opening-day loss to Everton. He knew that as well as anyone.

Sunday would be an ideal time for Spurs to kick-start their season and St Mary’s the perfect place for Hojbjerg to show just why Mourinho was so keen to sign him. 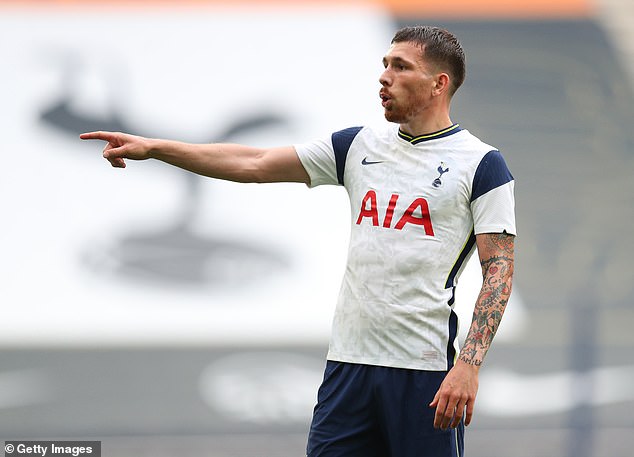 But on his St Mary’s return, he can show why Mourinho was so keen to sign him this summer

Some Signs of Recovery From Severe Covid