‘GSB OUT!’: Trevor Sinclair piles more pressure on West Ham’s owners David Sullivan, David Gold and Karren Brady as former star slams the board for not backing David Moyes in the transfer market

West Ham manager David Moyes kept the Hammers in the Premier League last season but they suffered a 2-0 home defeat by Newcastle in their opening game on Saturday and they have not made a new signing this summer.

Pressure has been mounting on unpopular owners Sullivan and Gold and vice-chairman Brady with some fans supporting the GSB (Gold, Sullivan, Brady) Out campaign. A small group of protestors unfurled anti-ownership banners outside the ground before kick-off at the weekend. 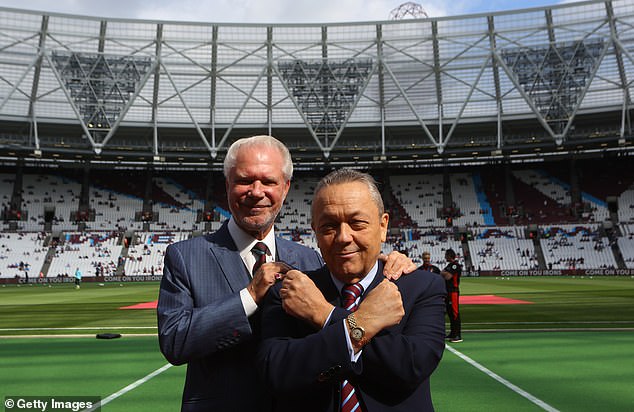 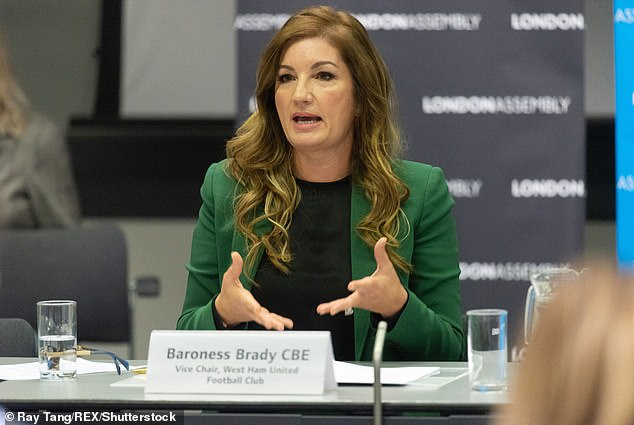 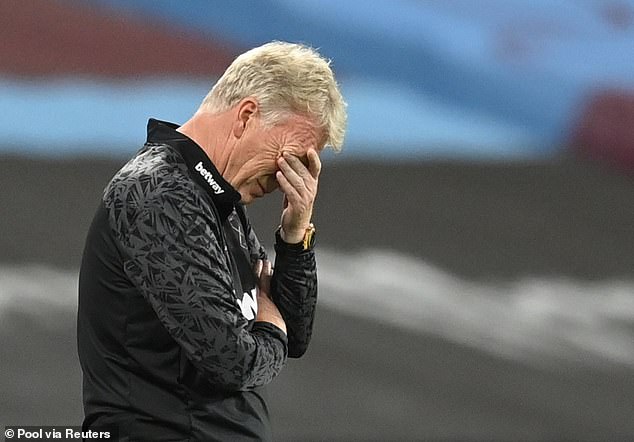 And now Sinclair, who made close to 200 appearances for the Hammers in five years at the club, has intensified the pressure on the hierarchy at the London Stadium.

He has criticised the board for not backing Moyes in the transfer market, writing on Twitter:  ‘If you can’t or won’t back Moyes and invest in players needed then sell. #GSBOUT.’

That Tweet on Sunday night followed his thoughts following the defeat by the Magpies on Saturday evening, where he said: ‘Great transfer window for Newcastle and this was a must win for West Ham looking at our fixtures, long season ahead unless signings made.

‘If #GSB haven’t got the funds to invest in players why not sell the club to a buyer that has the funds and wants to resurrect our club.’

Sinclair then uploaded a picture of himself playing for the Hammers alongside the message: ‘Some care more than others.’

West Ham are the only top-flight club not to bring in a new recruit this summer and the scrutiny on the club’s board has increased in recent weeks following the sale of Grady Diangana to West Brom. 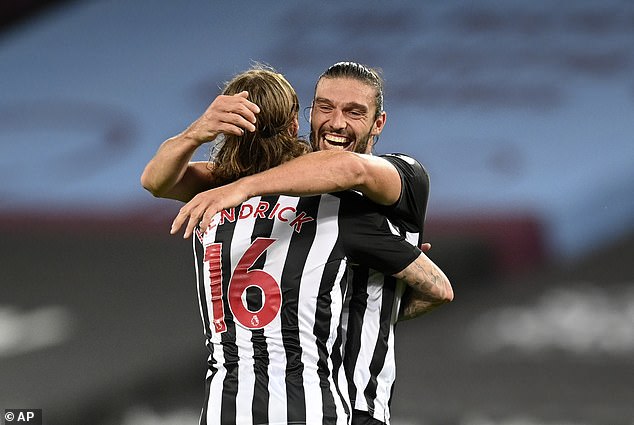 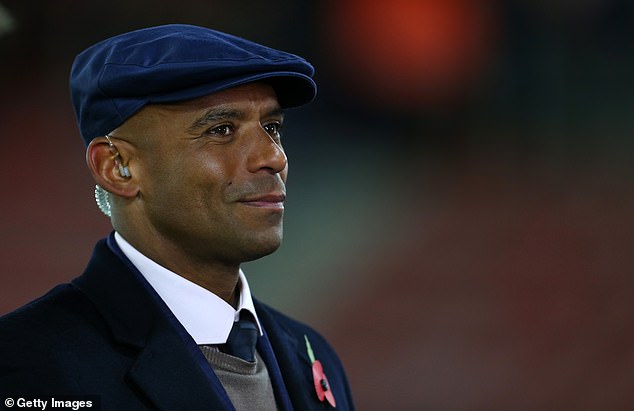 Captain Mark Noble was left seething with the club after the winger was sold to a Premier League rival for £20million, explaining that he was ‘gutted, angry and sad’ in a Tweet.

In a post where the 22-year-old thanked West Ham for his time at the club, the former Arsenal man did not hold back as he wrote: ‘Go and do your thing in a club that respects you. big player with a big future.’ 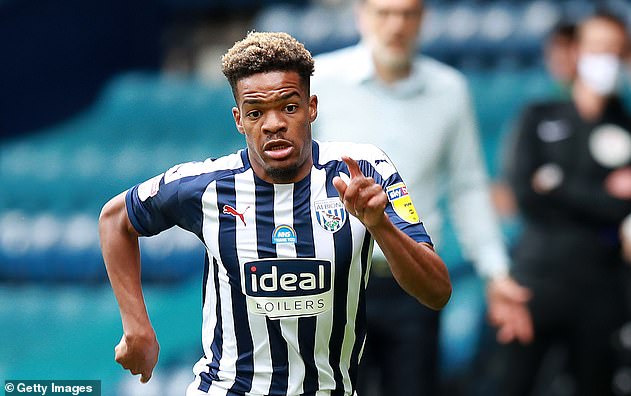 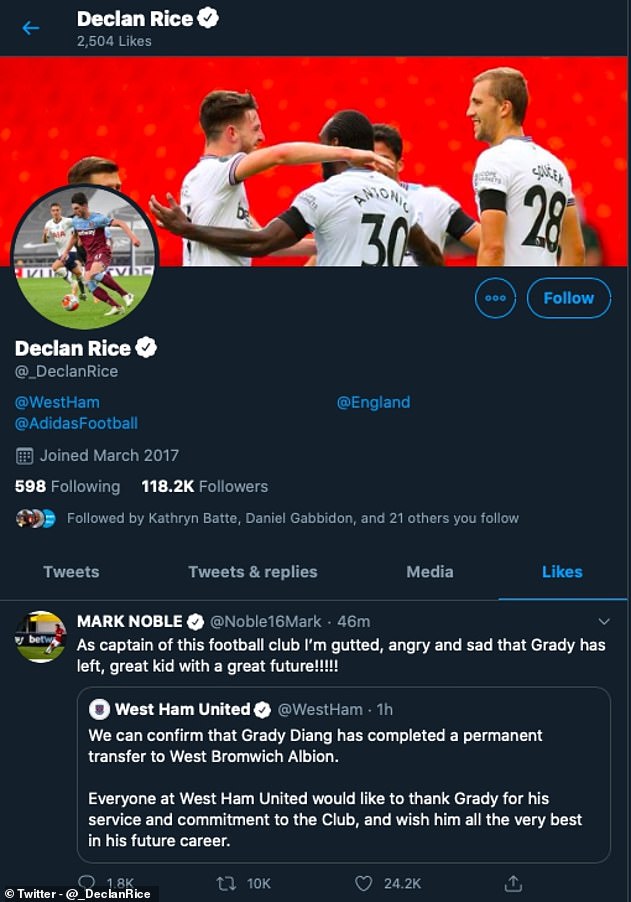 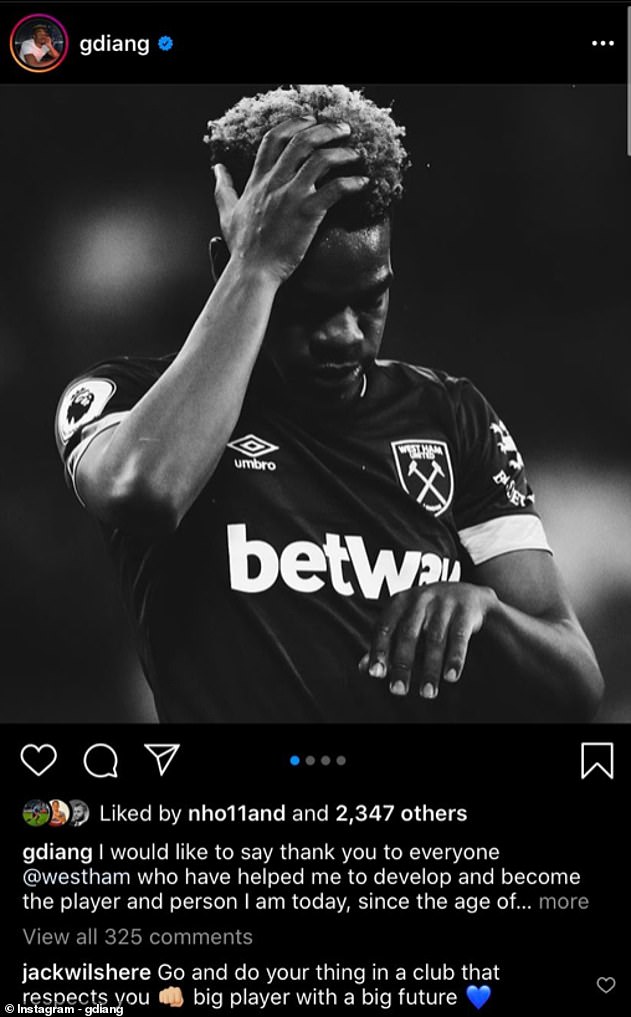 The club provided a statement in which they explained their reasons for selling Diangana, who many fans believed to be among their most talented attackers.

‘Having found himself in competition with the likes of Felipe Anderson, Michail Antonio, Pablo Fornals, Robert Snodgrass and Andriy Yarmolenko for a wide attacking position, with Jarrod Bowen added to that list in January this year,’ it read.

‘The decision to sell Grady has been made reluctantly but – ultimately – in the best interests of the club and with the aim to strengthen the squad in different areas at this time.

‘The money received for Grady will be reinvested entirely in the team, in line with the manager’s targets.

‘We believe that this will give us the best possible chance of ensuring we have a balanced squad to compete in the Premier League and capable of reaching our objectives and ambitions this season.’

Boston University lecturer, 38, is crushed to death when she overloaded elevator in apartment block