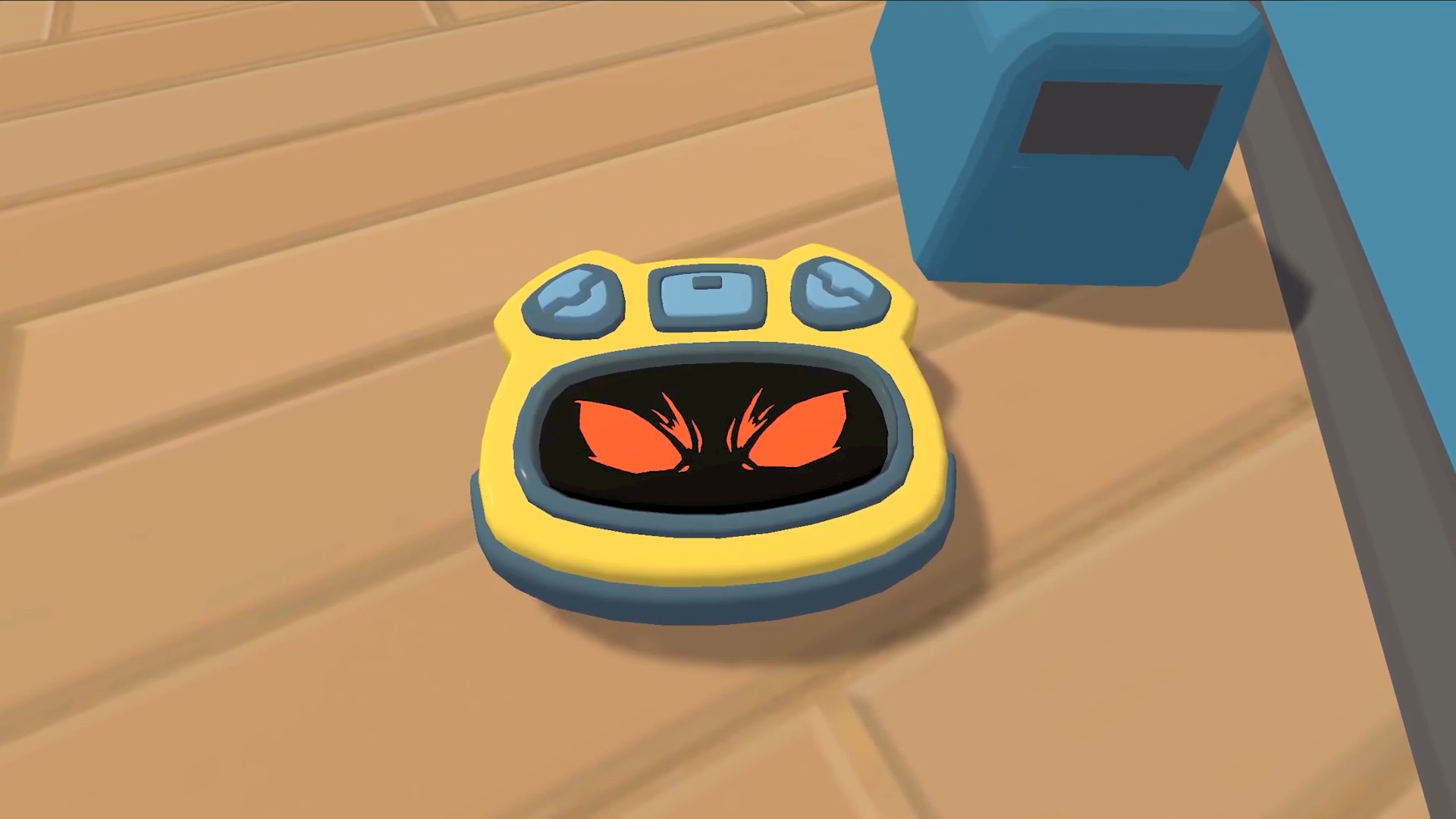 Last year Australian indie studio Samurai Punk released Roombo: First Blood, a game about a killer cleaning robot protecting its home from burglars. In the upcoming sequel, that roomba is somehow trapped in “a Neo-90s multiverse” inside a television set, with each level a different sandbox world. It’s called Justice Sucks: Recharged, and as part of PAX Online you can try out a demo on Steam.

Said demo sets you loose on a cruise ship with a band of “pop-pirates” who look like a Jet Set Radio gang minus the wheels. As an ordinary robotic vacuum appliance you can pass under their radar, stealthing about the ship until you’re ready to unleash hell. That might involve shooting out objects you’ve sucked up, tinkering with nearby electronics to electrify a dancefloor or turn a kitchen robot into a whirlwind of death, or using one of your special powers—like the one that summons a muscular yellow avatar of justice to punch an enemy. See it demonstrated in the gif below, in which I also have a cat on me.

After you’ve murdered all the hot-pink pirates you’ve got a limited time to clean as much of the chaos as possible, vacuuming up blood and mulching bodies into bones and meat while cheery music plays. To quote from the press release, “Consuming their blood and gibs powers you up to use exciting new blood abilities.” Which sounds nice.

Justice Sucks: Recharged should enter Early Access in late 2020 or early 2021. You can download the demo from now until September 20, when PAX Online ends.

Marvel's Spider-Man Won't Have A Physical PS5 Release, No PS4 Save Transfers

Xbox buys Bethesda: What does acquisition mean for Elder Scrolls 6 and Starfield on PS5?

Why Microsofts Acquisition of Bethesda is Great for Gamers

Disgaea 6: Defiance Of Destiny Coming Exclusively To Switch In 2021

Cyberpunk 2077 will be 'slightly shorter' than The Witcher 3

They're at high risk of the coronavirus. But their state might not let them vote by mail.