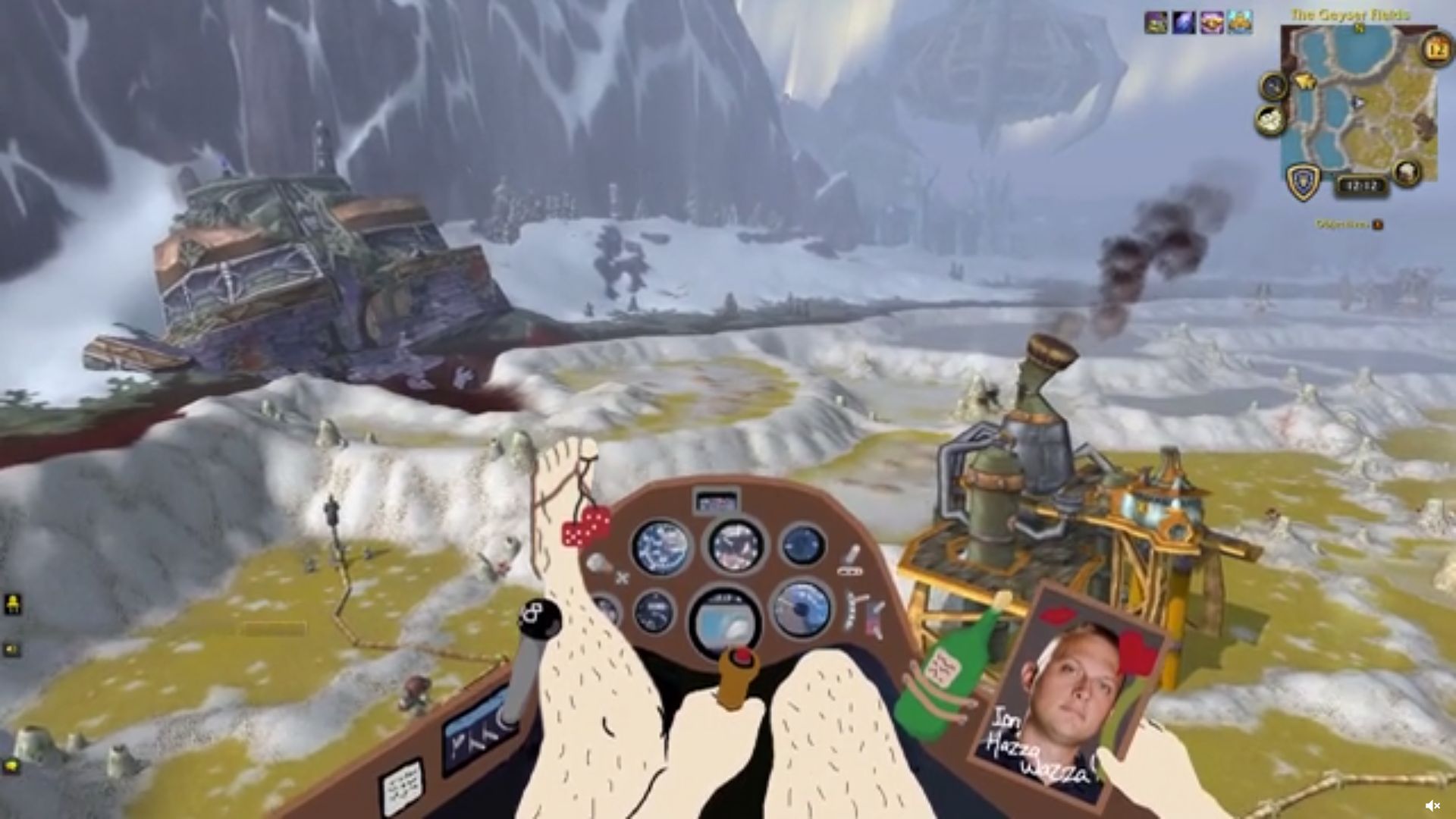 The WeakAuras add-on lets you modify the World of Warcraft UI with custom graphics. There are plenty of things you could do with that, but one I did not expect to see was WoW being transformed into a flight sim with a South Park aesthetic. But that’s what Redditor Fumbleturkey did, demonstrating it with a video titled “I can’t afford Microsoft’s delicious Flight Simulator” that shows them taking off from the Borean Tundra flight path, then landing and casting some spells which are animated as kicks and flipping the bird.

Fumbleturkey previously showed what WeakAuras can do by putting WoW in first-person mode while riding a horse and murdering a proudhorn. And most recently, followed their budget WoW version of Microsoft Flight Simulator with a similar take on Farming Simulator.

As every single person on Reddit has pointed out already, yes, Microsoft Flight Simulator is available quite cheap on Game Pass. The video is still funny.

I can’t afford delicious Farming Simulator either from r/wow

The best computer speakers for 2020

League Of Legends' New Board Game Is Pretty Basic