What is an astrophysicist to do during a pandemic, except maybe daydream about having a private black hole?

Although it is probably wishful thinking, some astronomers contend that a black hole may be lurking in the outer reaches of our solar system. All summer, they have been arguing over how to find it, if indeed it is there, and what to do about it, proposing plans that are only halfway out of this world.

The speculation began back in 2016 when Michael Brown and Konstantin Batygin, astronomers at the California Institute of Technology, proposed that the weird motions of a few ice balls billions of miles beyond Pluto could be evidence of a previously unknown and unsuspected object way, way out there in the dark.

According to their calculations, that object would be roughly 10 times as massive as Earth and would occupy an egg-shaped orbit that brought it as near as 20 billion miles from the sun — several times the distance from the sun to Pluto — and took it as far as 100 billion miles away every 10,000 to 20,000 years.

“What we don’t know is where it is in its orbit, which is too bad,” Dr. Brown told the Times at the time.

Dr. Brown called this hypothetical object Planet Nine, which is rich in irony. Not long ago, Pluto was considered the ninth planet, but Dr. Brown’s discoveries of other denizens in the Kuiper belt, the realm of frozen, orbiting dirt balls that Pluto inhabits, played a major role in demoting Pluto to a dwarf planet 15 years ago.

Needless to say, nobody has yet seen this thing through a telescope.

Last year, another pair of astronomers — Jakub Scholtz of Durham University in Britain and James Unwin of the University of Illinois at Chicago — suggested that Planet Nine might actually be a black hole. But not just any kind of black hole.

Black holes are the gravitational terrors predicted by Albert Einstein’s equations, objects so dense that not even light can escape from them — one-way passages to doom. Astronomers know that such entities exist. The Laser Interferometer Gravitational-Wave Observatory and the Virgo observatory have heard black holes — the gravitational shells of collapsed dead stars — banging together out in the dark cosmos. Some cosmologists have speculated that black holes could account for 25 percent of the mass of the universe and could constitute the famous and elusive “dark matter” that determines the gravitational structure of what we see in the sky.

But you don’t need a star to die to make a black hole. In 1971, Stephen Hawking, drawing on an idea earlier suggested in 1966 by the Russian physicists Yakov Borisovich Zel’dovich and Igor Dmitriyevich Novikov, theorized that intense pressures during the Big Bang could have collapsed matter directly into black holes. Those primordial black holes could be of any size and could be anywhere. A black hole as massive as Earth would be about the size of a Ping-Pong ball and would be exceptionally hard to see.

No such primordial black holes have been detected yet. But neither has their existence been ruled out. Dr. Scholtz and Dr. Unwin pointed out that an experiment called OGLE, for Optical Gravitational Lensing Experiment, based at the University of Warsaw in Poland, had detected the presence of a half-dozen dark objects in the direction of the center of our Milky Way galaxy. Their gravitational fields had acted as lenses, briefly amplifying the light from distant stars that they drifted in front of.

Those objects could be free-floating planets, the authors said, with masses ranging from half to about 20 times that of Earth. But they could as easily be primordial black holes floating around the galaxy, the astronomers proposed. If that were the case, the putative Planet Nine could well be a black hole, too, in a distant orbit around the sun.

How to find a cosmic Ping-Pong ball

That would make Planet Nine the nearest black hole to Earth by many light-years, so close that humans could contemplate sending a robot probe there, much as New Horizons has passed Pluto and the dumbbell iceberg now known as Arrokoth four billion miles from here.

But first we must find Planet Nine. Earlier this year, Edward Witten, a theoretical physicist at the Institute for Advanced Study in Princeton, chimed in; Dr. Witten is the rare physicist who has won the prestigious Fields Medal in mathematics and is known, among other things, for his work on string theory, the controversial “theory of everything.” Dr. Witten suggested borrowing a trick from Breakthrough Starshot, the proposal by Russian philanthropist Yuri Milner and Dr. Hawking to send thousands of laser-propelled microscopic probes to the nearest star system, Alpha Centauri.

Dr. Witten suggested sending hundreds of similarly small probes outward in all directions to explore the solar system. By keeping track of incoming signals from the probes, scientists on Earth would be able to tell if and when each one sped up or slowed down as it encountered the gravitational field of Planet Nine or anything else out there.

Key to this plan would be the ability of the probes to keep pinging Earth precisely every hundred-thousandth of a second. In May, astronomers Scott Lawrence and Zeeve Rogoszinski of the University of Maryland suggested instead monitoring the trajectories of the probes with high-resolution radio telescopes, which would obviate the need for high-precision clocks on the probes.

“All this is optimistically hoping that Planet 9 does exist and turns out to be a black hole,” Dr. Witten said in an email, “and that technology develops enough that a suitable scaled version of Breakthrough Starshot is possible.”

In an email, his colleague Nima Arkani-Hamed, also a prominent string theorist, called these ideas “pretty futuristic, but really cool!”

In May, Avi Loeb, chair of the astronomy department at Harvard and leader of a scientific advisory board for the Breakthrough Starshot enterprise, poured cold water on that daydream. In their own posting, he and Thiem Hoang of the Korea University of Science and Technology argued that the effects of friction and electromagnetic forces in the interstellar medium — the dilute electrified gas that wafts among the planets and stars — would swamp the signal from any gravitational effects from Planet Nine.

But Dr. Loeb has rarely met a sci-fi-sounding theory or project that didn’t intrigue him. He is well known in astronomical circles for arguing that astronomers should take seriously the possibility that Oumuamua, the cometlike object that breezed through the solar system from interstellar space in 2017, was actually an alien space probe.

So in July Dr. Loeb was back, with a student, Amir Siraj, and a new idea for finding the Planet Nine black hole. If a black hole were out there, they argued, it would occasionally rip apart small comets, causing bright flares that could soon be spotted by the new Vera C. Rubin Observatory, previously known as the Large Synoptic Survey Telescope, now under construction in Chile. The observatory’s mission, starting in 2021, is to make a movie of the universe, producing a panorama of the entire southern night sky every few days and revealing anything that has changed or moved.

Such flares should occur a few times a year, they noted. “Our calculations show that the flares will be bright enough for the Vera Rubin Observatory to rule out or confirm Planet Nine as a black hole within one year of monitoring the sky with its L.S.S.T. survey,” Dr. Loeb wrote in an email.

Moreover, because the Rubin telescope examines such a large swath of sky, it could detect or rule out black holes of similar size all the way out to the Oort cloud, a vague and diffuse assemblage of protocomets and primordial, frozen riffraff a trillion miles from the sun, they said.

The prospect of finding a black hole in our own solar system “is as startling as finding evidence that someone might be living in the shed in your backyard,” Dr. Loeb said in the email. “If so, who is it, and how did it get there?”

You want fries with that black hole?

If the theory pans out, it’s not crazy to think that humans could contemplate sending a probe to study our local black hole. What would it learn there?

A top priority for many astrophysicists and gravity experts would be to test a prediction made by Dr. Hawking 46 years ago, that black holes, despite their name, should radiate energy in the form of heat. Almost every astrophysicist believes that the prediction — which is inscribed on Dr. Hawking’s tombstone in Westminster Abbey, near the graves of Newton and Darwin — will be confirmed, but it has yet to be. The effect would be beyond minuscule for the giant black holes like those that LIGO and Virgo have been recording, and thus impossible to discern. But smaller black holes are hotter, and they grow hotter still as they shrink and finally explode.

A black hole of about six times Earth’s mass would have a temperature of about 0.04 of a degree Kelvin, according to Dr. Witten. That is colder than outer space, which is about 3 degrees Kelvin, and much too cool to measure from Earth.

“It would be a challenge to measure it from up close,” Dr. Witten noted. “But it is not out of the question that it could be done by century’s end.”

He added, “I believe one would need a spacecraft of substantial mass orbiting the object and studying it in detail, not a flyby by a miniature spacecraft.”

In a talk at Harvard’s Black Hole Initiative a couple of years ago, Dr. Loeb jested about another possibility in the context of a field trip to a black hole. As he recounted in an email: “Since black holes offer a rare environment where string theory can be tested, I recommended to my string-theory friends to enter the horizon of that black hole and test their theory there. Nima Arkani-Hamed shouted from the audience that I must have a hidden agenda for sending string theorists into a black hole.”

He added, “The good news is that Planet Nine is really, really, really unlikely to be a black hole but that we can use probes like this to study it once we find it.” 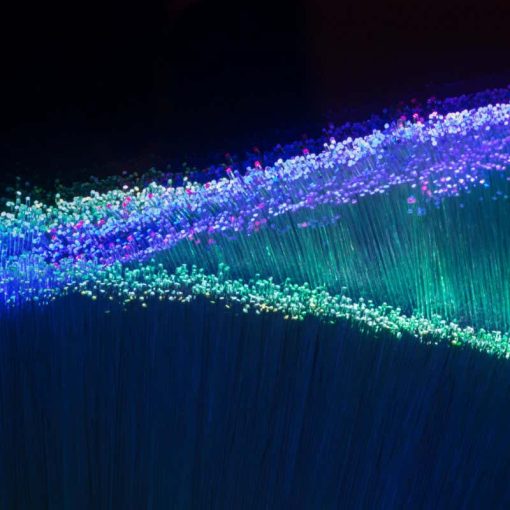 A device can eavesdrop on someone talking near a fibre-optic cable, even if there is a large distance between them Technology 27 […] 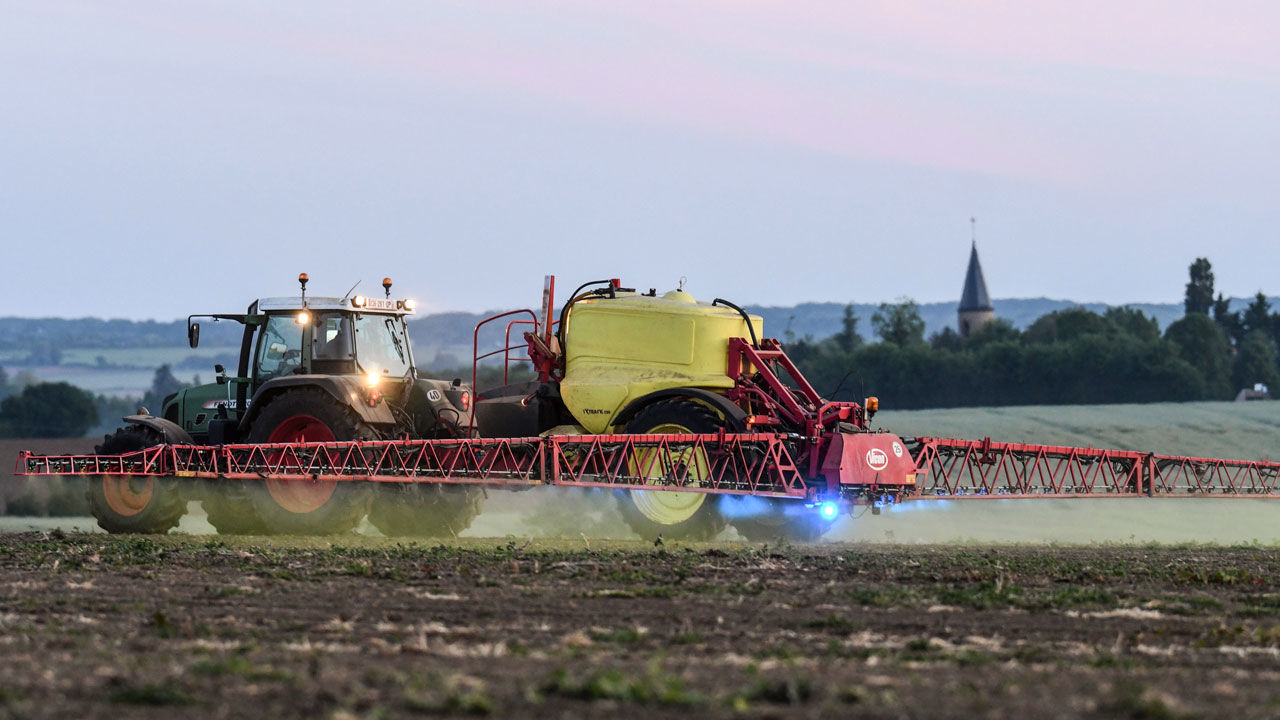 A farmer in France sprays glyphosate to ready a field for planting. The European Union has approved glyphosate use until 2022, but […] 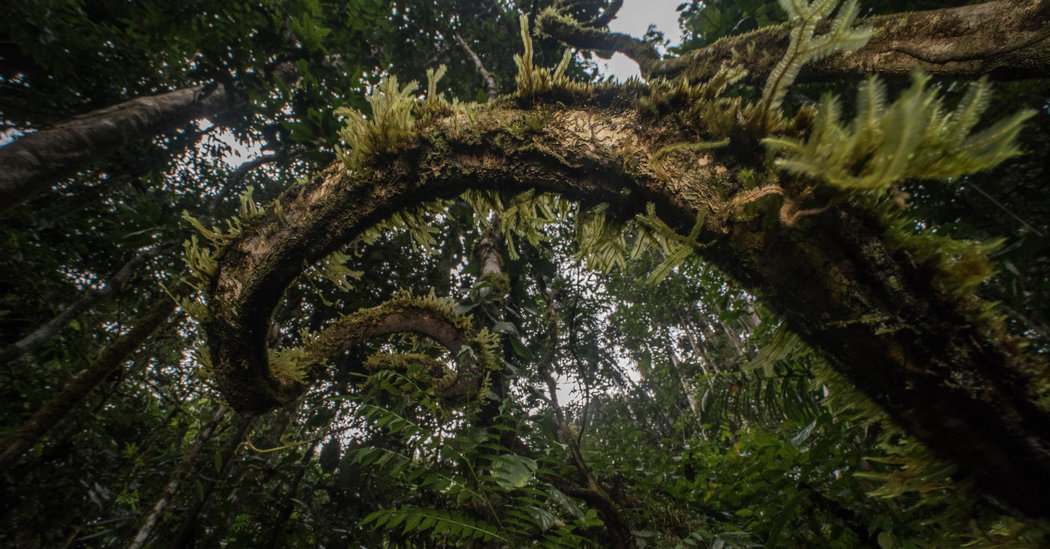 “Whereas trees all tend to be the same shape, lianas are all over the place,” said Stefan Schnitzer, a botanist at Marquette […] 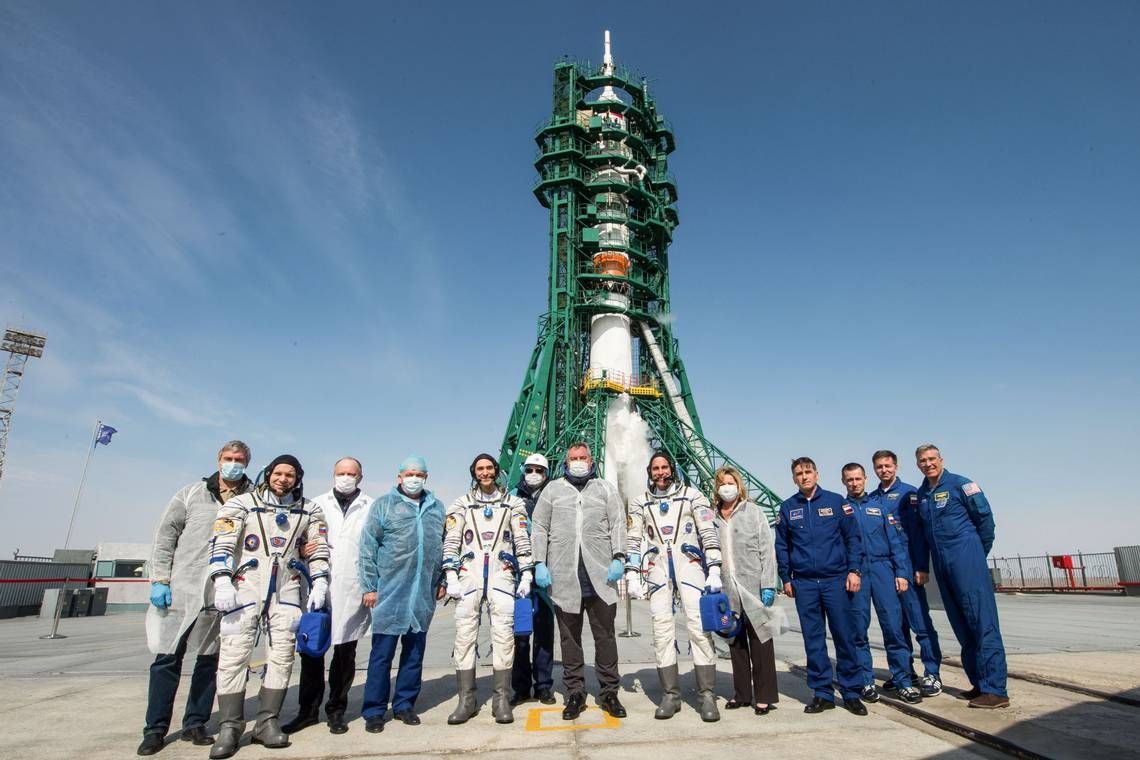 U.S.-Russian relations have long been strained but an exception to that has always been mutually beneficial joint efforts in space. Or so […]