‘First time back in my scrubs’: Ellen Pompeo dons a face mask in selfie from set of Grey’s Anatomy’s 17th season … as she dedicates season to healthcare workers

Grey’s Anatomy’s Ellen Pompeo donned a face mask in a new social media post she put on Instagram as the series began production on its for 17th season.

‘First time back in my scrubs…,’ Pompeo, 50, who plays Dr. Meredith Grey on the ABC medical drama, captioned the post.

She continued: ‘Since we shut down filming 7000 healthcare workers have died from COVID. 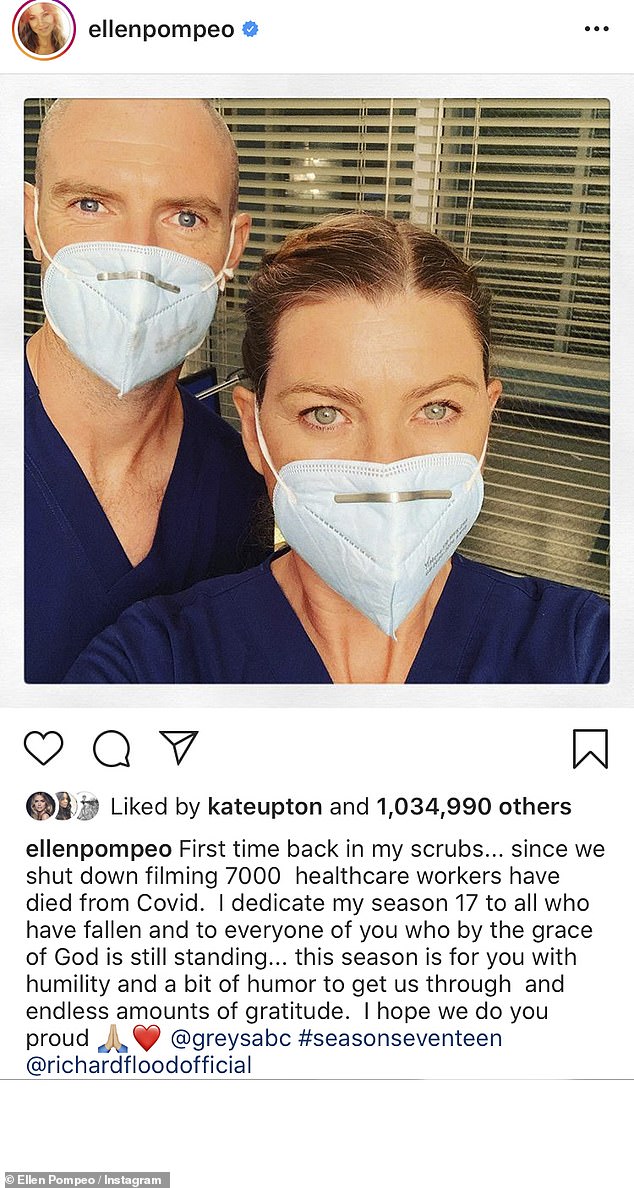 Back on duty: Grey’s Anatomy’s Ellen Pompeo, 50, donned a face mask in a new social media post she put on Instagram as the series began production on its for 17th season

The Everett, Massachusetts native, who is mother to Stella, 10, and Sienna, six, and son Eli, three, with husband Chris Ivery, 53, recognized the efforts of medical workers more than six months after the coronavirus pandemic shut down all non-essential businesses until some gradually reopened in some areas.

‘This season is for you with humility and a bit of humor to get us through and endless amounts of gratitude I hope we do you proud,’ she said alongside the shot, in which she posed with costar Richard Flood, who plays Dr. Cormac Hayes on the series.

The show was in the midst of its 16th season when production abruptly shut down in March amid the spread of the deadly virus. 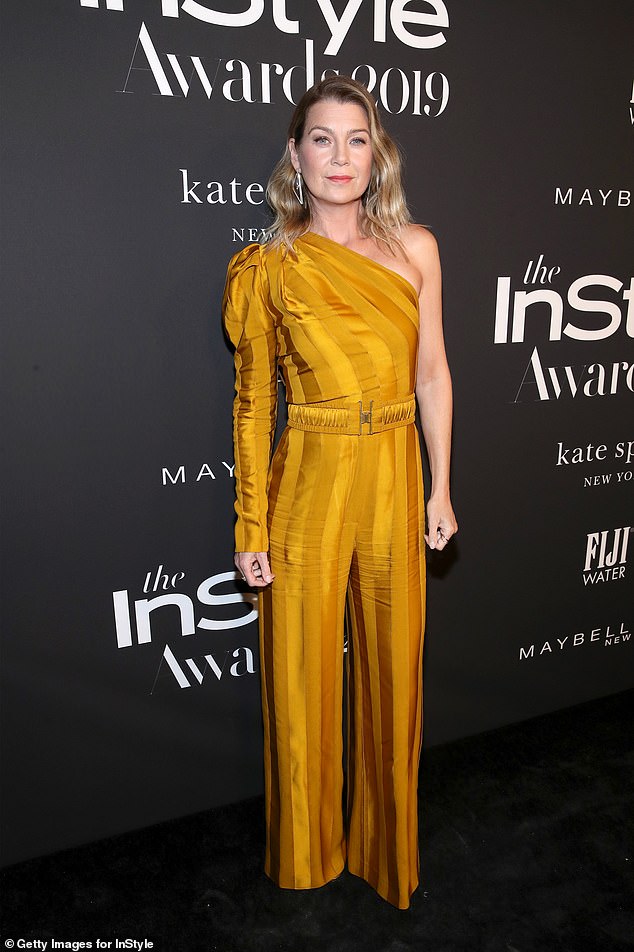 In the loop: The actress updated her fans about the show’s status over the summer 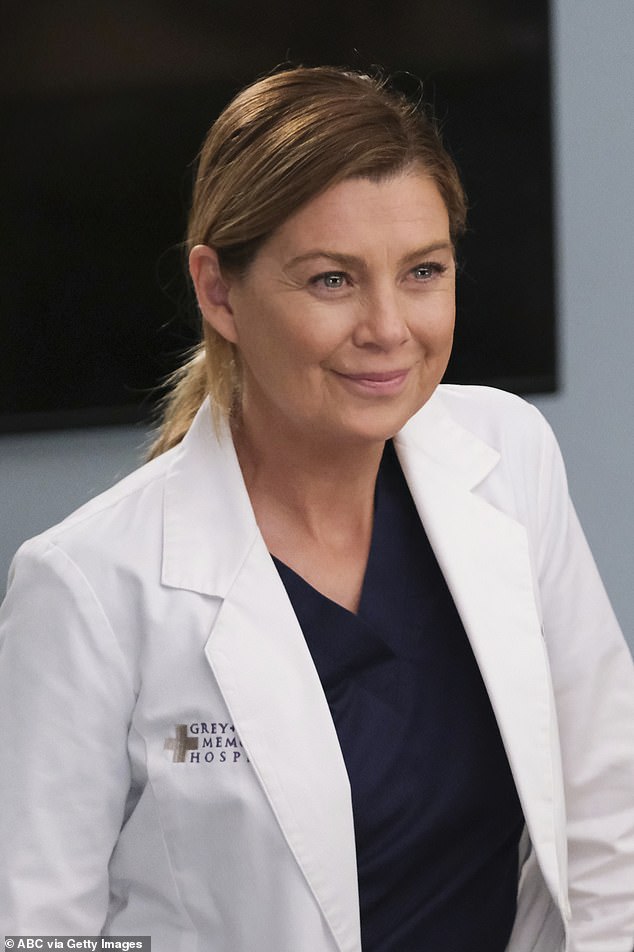 Four episodes had been slated to be filmed when the shutdown occurred, bringing nearly all Hollywood productions to a screeching halt.

In August, the show’s Giacomo Gianniotti told ET Canada that the show would resume ‘a month and a half’ into when the pandemic struck, in its storyline.

‘We’re going to start the season about a month and a half [into] full COVID, so it’s going to take place a little beyond where we left off in the last season,’ Gianniotti told the outlet. ‘We might have some flashbacks. We might have some things where we’re referencing last season, just to have context leading up.

‘But we are going to have a little leap when we start this season in terms of time. We’re not picking up right where we left off.’

Jimmy Kimmel Reveals the "Weirdest" Part of Hosting the 2020 Emmys