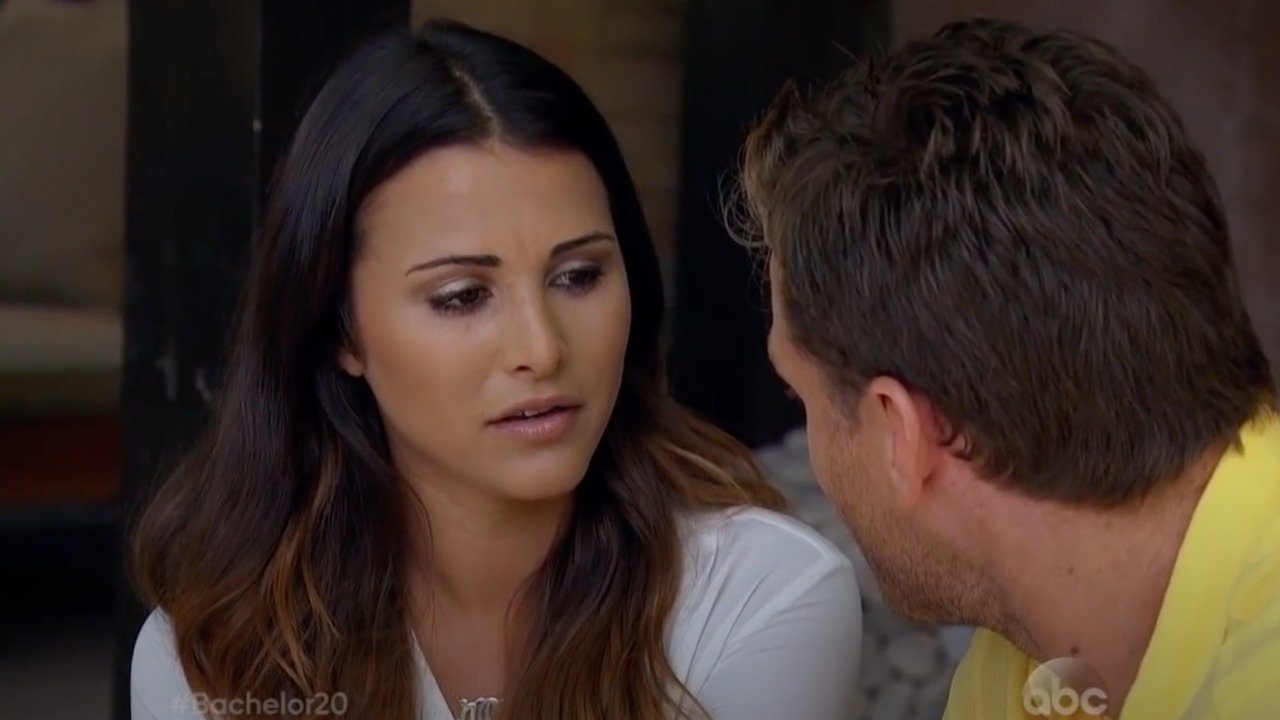 As it turns out, Andi Dorfman’s relationship with former Bachelor Juan Pablo Galavis was not ‘OK’ from the very beginning and she reached that conclusion in the fantasy suite on the show! That being said, there is a very big reason why she will ‘never tell’ what happened between them in there at the time!

Fans of the show know that earlier today, Andi Dorfman and Juan Pablo Galavis’ relationship and breakup were recapped during the finale of The Bachelor: The Greatest Seasons Ever.

It showed her confronting the former Bachelor the very morning after their fantasy suite date.

According to her, Galavis called her a ‘default’ among other offensive things.

However, she never really shared in detail what really happened between them that caused her to be so upset and it sounds like she never will!

After all, she told host Chris Harrison that she will most likely never share and why!

‘Oh my gosh. I mean, I will never tell exactly what happened. I believe that should be something… now, I guess everybody talks about it. But back then, we used to keep what was in the fantasy suite in there. I will say this: I feel like the time was not utilized to get to know me. And having done the fantasy suites myself, that is such a good time to get to know someone, and it was clear that was not of interest,’ Andi stated.

The reality TV star went on to admit that until that fantasy suit date, she really did see a future with the Bachelor.

She said in part that ‘It’s hard to be like, ‘I was falling in love,’ because now I look back and no, that was not love. So, in hindsight, I’d say no, I was not falling in love. During that part of my life, yes, absolutely[I thought that I was in love and going to get married].’

Khloe Kardashian Responds After Fan Confuses Her for Sister Kourtney

Kim Kardashian Has a Wedding Announcement, And She Already Has A Celeb Fan

Gigi Hadid Gives Birth To Baby Girl, Both Her And Zayn Malik Are “So In Love” With Her – See Their Pics

Mariah Carey: Derek Jeter ‘Was a Catalyst’ in My Divorce From Tommy Mottola