The eighth-generation Chevrolet Corvette is necessary. I know this might hurt my chances at reelection, but I think the ‘Vette was getting a little stale. Yeah, wow, another big engine under an impossibly long hood. Don’t get me wrong, the thing was a hoot, but it just didn’t feel… special, I guess is the word, and such a vital component of Americana should. The 2020 Corvette remedies that by taking the standard formula out back and burning it. Some leaps of faith don’t work out, and there definitely are some kinks that need to be ironed out here, but by and large, the C8 is CGreat.

‘Is that a McLaren?’

Believe it or not, this is a phrase I heard more than once during my time with the 2020 Corvette. It’s just that radical of a reinvention. Gone is the nearly endless hood, and in its place is a much shorter snout with sharp lines that scream supercar. The wedge shape widens as eyes head rearward, with some hefty air vents just aft of the cabin leading to a squared-off rear end that bears the most resemblance to Corvettes of yore. It may not be the Corvette you remember, but I think Chevrolet did a good job balancing older-school touches on this radical new approach. The engine cover offers up a nice view of the 6.2-liter V8 at all times, too, reminding everyone around you that displacement is not yet up for replacement. My tester’s $5,000 Z51 package adds a unique rear wing, but considering how much is going on here, I hardly notice it.

Lift up the hinged panel on either end of the Corvette and you’ll find a bit of storage. The frunk is on the smaller side, but it works well for holding perishable groceries that I don’t necessarily want to subject to the heat of an adjacent combustion engine, which can be an issue for stuff that goes in the actual trunk. The rear compartment is down on overall cargo space from generation to generation, but the back end will still accommodate a set of golf clubs. Just like the C7, stowing the removable roof panel will all but eliminate aft-end storage, but at least there’s a frunk now — or the passenger side of the cabin, if you’re ridin’ solo.

Ingress and egress can be a little awkward, given the size and thickness of the doors, and I’m not a fan of the placement of the electronic button that opens the door from inside. The cabin isn’t tight for my string-bean self, but taller and/or portlier reviewers have told me things can get cramped laterally. Further interior ergonomic weirdness comes by way of the squared-off steering wheel, which still feels out of place in a passenger car. The climate controls running the length of the center console look cool, but they’re difficult to use on the road, and many of its small LED lights aren’t bright enough to be legible in the daytime.

There is still plenty to like about the 2020 Corvette’s innards, though. The 3LT trim I’m rocking (an $11,950 upgrade over the $59,995 post-destination starting price) comes with supportive GT2 sport seats, along with a leather interior that feels nicer than any Corvette I’ve driven in the past. The dedicated slot along the firewall holds my phone securely while charging wirelessly, and the smidge of storage under the armrest works well for holding tchotchkes like keys, a wallet and a mask. The mode dial and transmission controls are easy to access and commit to memory. The removable roof panel is just as easy to wield as it was before, packing three latches, and while it’s light enough to solo-store, having a partner makes it dead simple to remove or install.

Given its low starting price compared with other mid-engined performers like the Acura NSX or, hell, anything coming out of Italy, you might think that the 2020 Corvette has a compromise hidden somewhere in its driving dynamics. You’ll be pleased to hear that your fears are dumb and unfounded.

Click the remote-start button on the key fob and the 6.2-liter V8 barks to life just like the old Corvette — my Z51 tester ramps up the aural assault even further with an active exhaust that keeps things a little more subtle if need be, or it can bounce its eight-pot song off trees in the next county, your choice. Whether at idle or well into the tachometer’s depths, the sound is unmistakably Corvette.

The official numbers might not seem impressive against horsepower heavy-hitters, but the Corvette does wonders with the Z51’s 495-horsepower, 470-pound-foot output. Since the V8 is practically above the driven wheels, it will go, reaching 60 mph in just under 3 seconds, numbers that used to be reserved for 600-plus-horsepower variants like the Z06 and ZR1, and it’ll spit out forward motion no matter when I hit the right pedal. The eight-speed dual-clutch automatic is… fine. Upshifts are quick and precise, but downshifts — especially at lower speeds — can upset the balance with overly firm shifts that induce tilts and bobs from occupants’ heads and necks. I feel like this is something GM can tune out in future iterations, because competitors like Porsche’s PDK have proven it’s possible.

Get lost in a forest with curvy roads and the C8 Corvette really comes into its own. Whether you’re in the standard Tour or sharper Sport or Track modes, this car is so much fun to throw around. Yes, moving the engine midship does change the handling characteristics a bit, but mid-engine/rear-drive newbies won’t feel like they’re a hair width away from trouble, thanks to smooth traction- and stability-control systems that work in conjunction with the Z51’s electronic limited-slip differential. The $1,895 Magnetic Ride Control upgrade is practically a must, as it is in every other GM vehicle that offers it; MRC smooths out bad roads in its softer settings without compromising handling, but track-level stiffness is just a button press away.

Those looking for the Goldilocks just-right composition will enjoy the Corvette’s Z Mode, which lets me mix-and-match the powertrain, steering weight, brakes, exhaust note, suspension and settings to find the right balance. Pro tip: In Michigan, keep the dampers on the squishier side. It doesn’t feel as smooth as, say, the NSX or a lower-end McLaren, but again, this thing is one-half to one-third the price of those cars. It’s wild how close Chevy can get at this price. The Z51’s upgraded by-wire brakes could stop a freight train, and the pedal is soft enough for smooth modulation at all speeds, even in a more aggressive setting.

Is it efficient? It can be, thanks to cylinder deactivation and a smooth engine stop-start system that elicits an EPA-estimated 15 miles per gallon city and 27 mpg highway. Do you care? Probably not.

Super tech for an affordable supercar

Some mid-engine cars — most of them, actually — are laden with old or obtuse cabin tech, but not the 2020 Corvette. Chevrolet’s finest is on offer here, and it makes this car even more compelling. The 8-inch touchscreen on the dashboard runs the Chevrolet Infotainment 3 system, which is responsive and attractive and loaded with features like Apple CarPlay, Android Auto, one-touch NFC phone pairing and satellite radio. A 10-speaker Bose sound system is standard, but my 3LT trim upgrades that to a 14-speaker getup that sounds crisp, even when the roof panel is removed and the exhaust is shouting.

My absolute favorite piece of tech in here is the 12-inch configurable display that replaces a traditional gauge cluster. Each mode has a unique look, with the tachometer front and center, flanked by various bits of information about the car or what’s playing on the stereo. It’s great for minimizing distraction, and if I really want to pare things back, there’s a minimalist mode that displays the tachometer and little else. It damn near renders the head-up display pointless.

On the safety front, it’s a mixed bag. It’s an outright performance car, so while I can understand the lack of adaptive cruise control and automatic emergency braking, I really wish these systems were available, just for safety’s sake. Blind-spot monitoring is offered on 2LT and higher trims, and it’s necessary, because there are some big blind spots over each shoulder. My tester also comes with all manner of cameras situated around the car, mostly to prevent someone from destroying the nose on a parking berm, including a rearview mirror that can display a feed from the (sufficiently high-definition) backup camera.

Affordability is a big reason to look at the 2020 Chevrolet Corvette, and while its $59,995 post-destination base price is impressive, my tester’s loaded with just about every option, swelling its window sticker to $86,865.

Instead of the 3LT, I’ll keep it more affordable with the $67,295 2LT, which packs the necessary blind-spot monitoring in addition to welcome upgrades like wireless device charging, ventilated seats and a heated steering wheel. I’ll skip the $5,000 Z51 package since the car is still plenty capable without extra performance bits like the limited-slip differential or bigger brakes. I’ll save the cash by skipping the Z51 package, even though it breaks my heart by cutting off access to MRC, but I’m happy to plunk down the $1,195 for the performance exhaust that bumps power up a smidge. That leaves me with an out-the-door price of $68,490. Talk about a bargain.

If you’re shopping mid-engine performance cars, the Corvette comes in at half the price of its competitors, if not less. The Acura NSX has an amazing hybrid system and more daily livability, but it’s twice the price and its cabin tech is worse. McLaren’s cars have even better suspension systems, but again, the tech sucks, and those cars cost as much as a house. The Porsche 911 remains the Corvette’s most obvious competitor, and the two are dynamically closer than ever, but the Porsche still wins out in overall refinement and, in my opinion, aesthetics.

The 2020 Chevrolet Corvette is a true performance bargain, and the fact that it is this good in the first year of a radical reinvention is a good sign for the future. It offers supercar levels of performance at an impressive price, and while it’s not perfect, it has definitely raised the bar for future iterations of this American classic — whether or not you agree on where the engine should be. 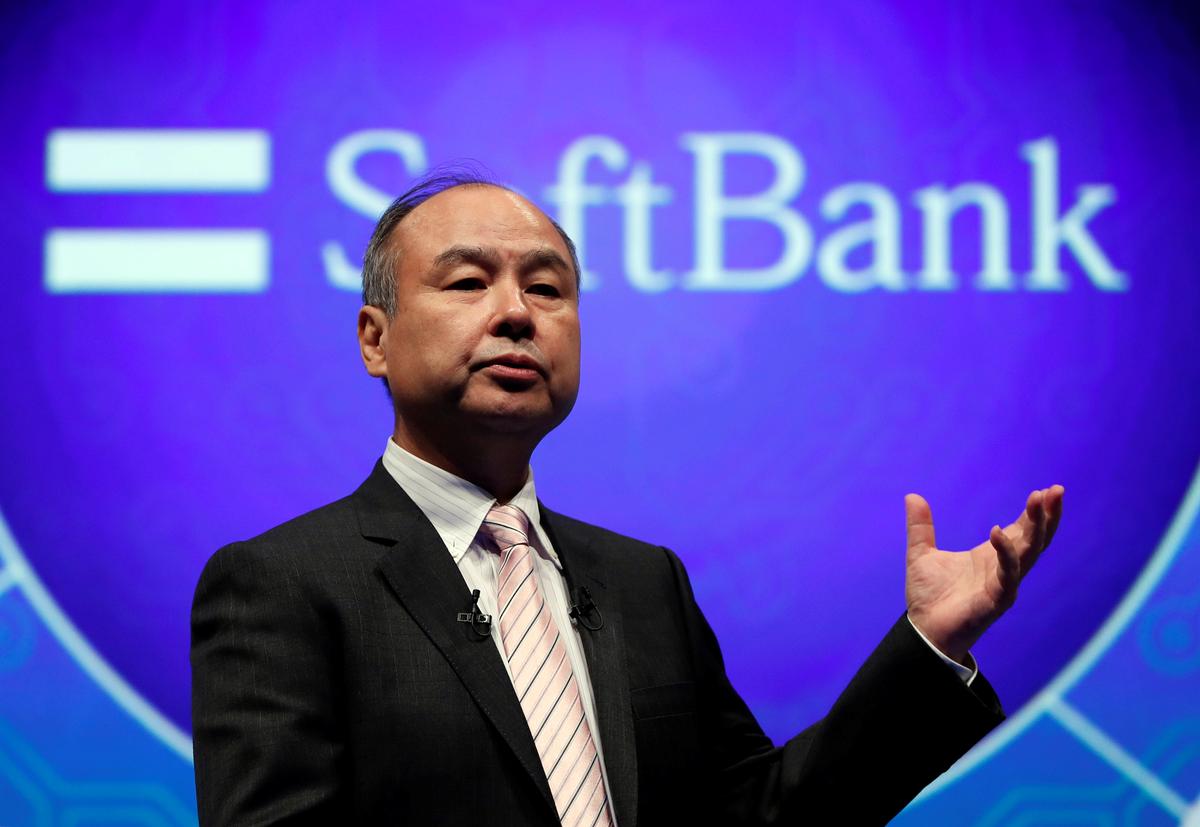 Audi’s new RS5 Coupe is a wonderful grand tourer. Fast, pretty, luxurious and techy, it’s the sort of car I could easily […] 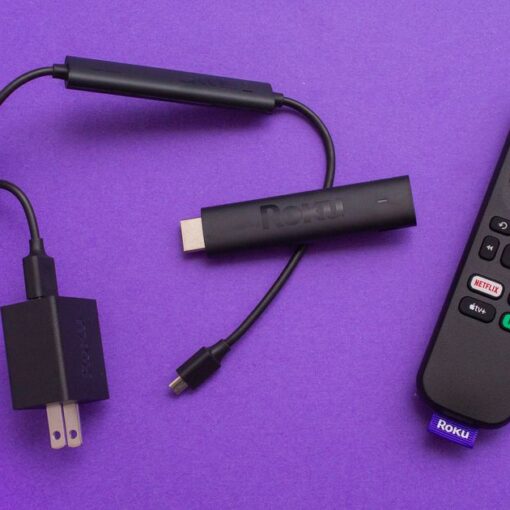 Sarah Tew/CNET Odds are that you’re streaming something at home, whether it’s all of your favorite TV shows or video games. But […] 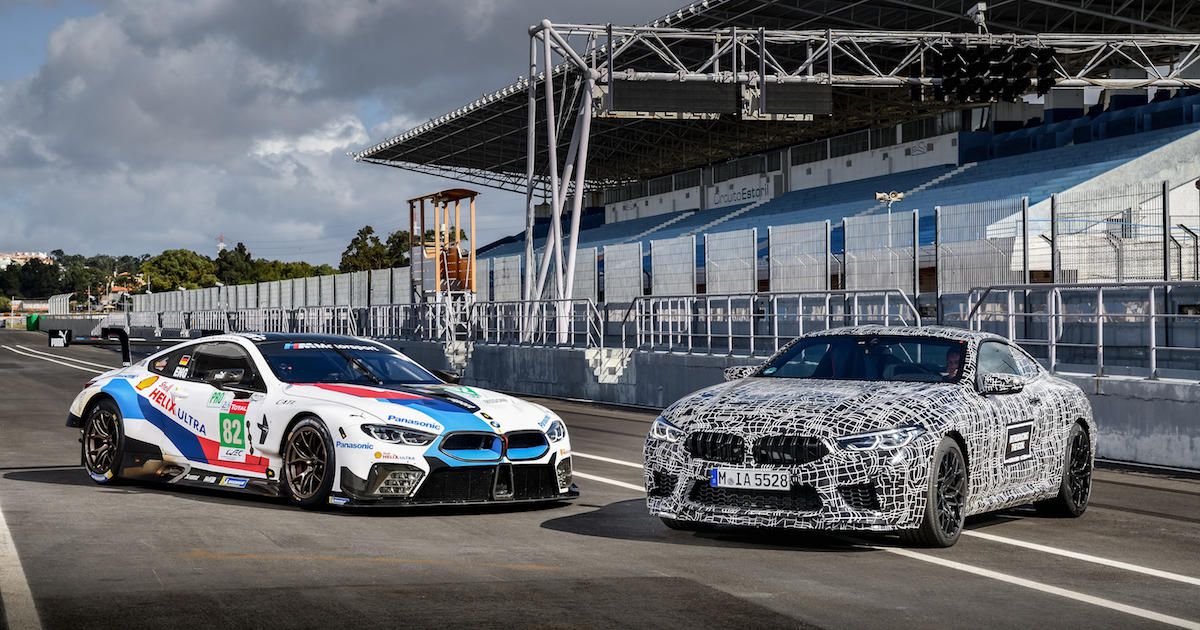 BMW’s M8 doesn’t look much more aggressive than the regular 8 Series, unless the camouflage is more effective than we’d guess.  BMW […]