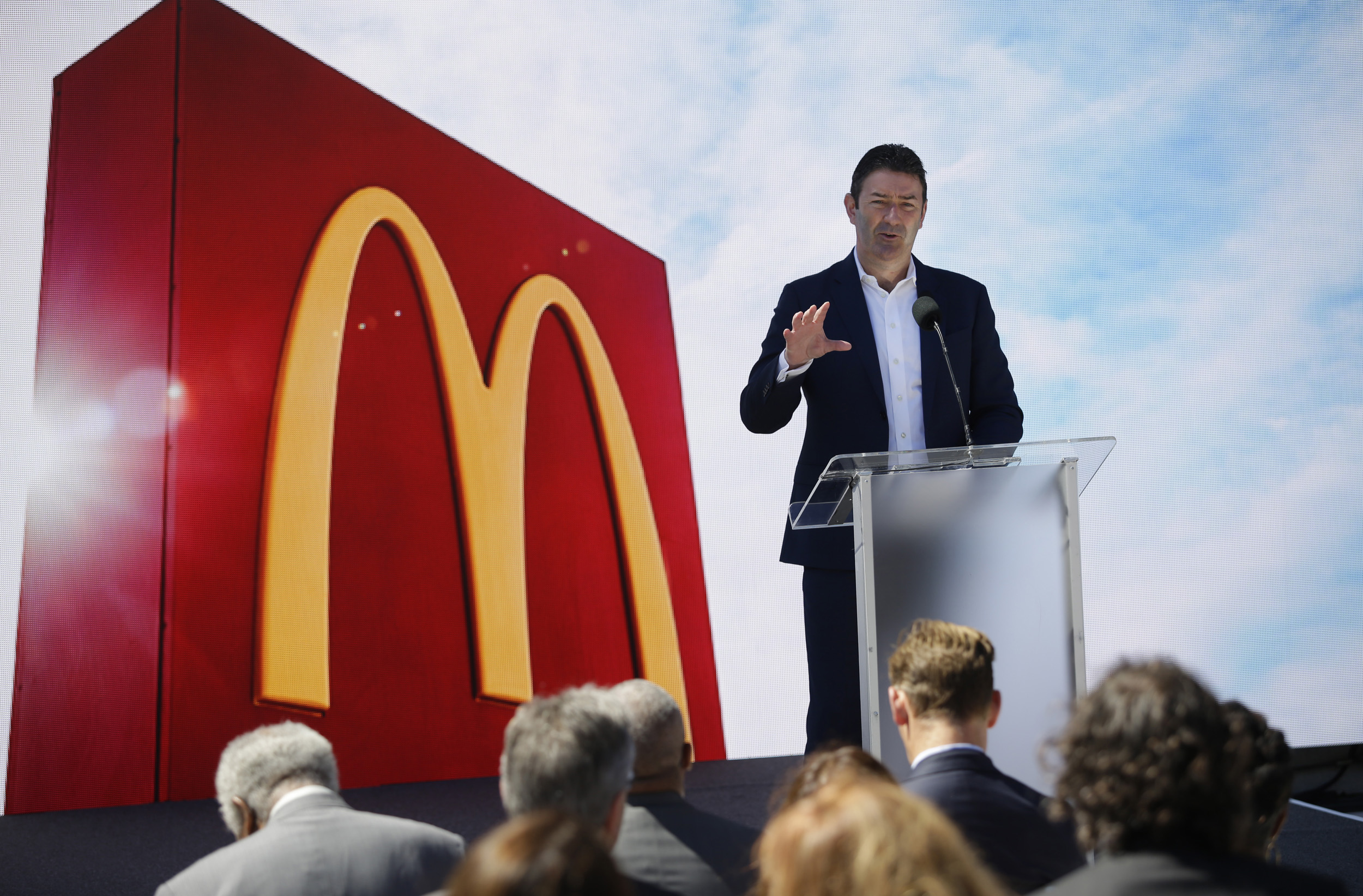 Steve Easterbrook, the former CEO of McDonald’s, lied to the company and hid information related to three previous sexual relationships with employees, the burger chain alleged in a lawsuit filed on Monday. That could mean the British executive will have to return his $40 million severance package, along with 26 weeks of pay.

The fast food giant announced in November that it had fired Easterbrook for having a consensual relationship with an employee, in violation of company policy. However, the company says it received new claims about three previous relationships with employees and is alleging that Easterbrook “concealed evidence and lied about his wrongdoing,” according to the complaint filed with the Court of Chancery of the State of Delaware.

The company’s lawsuit comes after an anonymous tipster came forward with new claims in July alleging that a second McDonald’s employee engaged in a sexual relationship with Easterbrook while he was CEO. According to the lawsuit, the company opened a new investigation into the claim and discovered dozens of sexually explicit photos and videos that show he engaged in a physical sexual relationship not only with the second employee but two other employees in the year before he was fired. He also approved a stock grant, worth hundreds of thousands of dollars, for one of those employees in the midst of their sexual relationship, the company alleges.

“While the Board made the right decision to swiftly remove him from the Company last November, this new information makes it clear that he lied and destroyed evidence regarding inappropriate personal behavior and should not have retained the contractual compensation he did upon his exit,” McDonald’s new CEO Chris Kempczinski said in a statement.

After he was terminated last year, Easterbrook apologized for the relationship in a message to staff. Attorneys for Easterbrook did not immediately respond to a request for comment by NBC News about the new allegations.

“I engaged in a recent consensual relationship with an employee, which violated McDonald’s policy. This was a mistake,” Easterbrook said in the email. “Given the values of the Company, I agree with the Board that it is time for me to move on. Beyond this, I hope you can respect my desire to maintain my privacy.”

Over the course of the last few years, companies including McDonald’s have made public efforts to root out sexual misconduct. The restaurant industry is rife with sexual harassment claims. As many as 70 percent of women and 50 percent of men reported they have experienced some form of sexual harassment from their managers, according to a 2014 report from the non-profit group Restaurant Opportunity Center.

But McDonald’s has dominated headlines over the last few years over how it handles workplace harassment and misconduct. A total of 50 sexual harassment complaints were reported to the company between 2015 and 2018 against the company, according to the Time’s Up Legal Defense Fund and the labor group Fight for $15. In 2018, McDonald’s workers staged rallies across 13 cities in protest of the company’s low pay and response to alleged sexual harassment.

“McDonald’s does not tolerate behavior from any employee that does not reflect our values,” Kempczinski said in a statement on Monday about the new allegations against Easterbrook. “These actions reflect a continued demonstration of this commitment.”

Last year, Easterbrook resigned from his position as a director with Catalyst, a nonprofit that supports women in the workplace. He also resigned from the board of Walmart. He continues to be a visiting fellow at the University of Oxford’s Centre for Corporate Reputation.

The airline industry could shrink by half to survive, United Airlines chairman says

Report: White supremacists and far-right vigilante militias have infiltrated police across the US