Behind Epstein and Trump is a smiling woman with cropped hair and crossed arms, who at times appears to glance toward Epstein’s eye line. It’s Ghislaine Maxwell, Epstein’s former confidant and ex-girlfriend, who is now facing charges for acting as an alleged accomplice to Epstein’s sexual trafficking of minors.

Last year, the New York City Office of Chief Medical Examiner said Epstein died by suicide by hanging inside a Manhattan jail cell, where he was awaiting trial on federal charges accusing him of sexually abusing underage girls. And earlier this month, Maxwell was arrested for charges related to recruiting, grooming and ultimately sexually abusing minors as young as 14 alongside Epstein. She pleaded not guilty.

Trump has consistently attempted to publicly distance himself from Epstein since the financier first faced charges related to inappropriate sexual conduct with underage girls in the mid-2000s. But on Tuesday, during a news conference that was supposed to be about the federal response to the coronavirus, the President took a decidedly different approach when he was asked about Maxwell, saying he wishes her “well” as she faces federal charges.

When asked by a reporter whether he believes Maxwell will turn on powerful men who are rumored to have participated in illegal sexual activity, Trump replied, “I don’t know. I haven’t really been following it too much. I just wish her well frankly. I’ve met her numerous times over the years — especially since I lived in Palm Beach. I guess they lived in Palm Beach. But I wish her well. Whatever it is.”

The comments caught some White House officials off guard. The officials told CNN they were baffled by the President’s remarks about Maxwell, seeing it as an unwelcome distraction to a press conference where Trump largely stuck to the script.

White House Press Secretary Kayleigh McEnany said that she spoke with the President about his comments regarding Maxwell and attempted to clarify Trump’s remarks.

“Well, what the President was noting is that the last person who was charged in this case ended up dead in a jail cell. And the President wants justice to be served for the victims in this case and he prefers this to play out in a courtroom,” McEnany told Fox News on Thursday.

The White House did not respond to CNN’s request for comment.

Maxwell, Trump and Epstein were part of similar social orbits, with both men maintaining residences in Palm Beach and in New York. And they were photographed together, sometimes with Trump’s then-girlfriend, Melania Knauss, several times throughout the 1990s and 2000s.

Trump once said he maintained a more than decade-long friendship with Epstein, and one of Epstein’s business partners told CNN Trump was also taken by Maxwell’s personality.

“He’s a lot of fun to be with. It is even said that he likes beautiful women as much as I do, and many of them are on the younger side. No doubt about it — Jeffrey enjoys his social life,” Trump said in a story headlined “Jeffrey Epstein: International Moneyman of Mystery.”
Epstein and Trump were good friends, his brother, Mark Epstein, told The Washington Post last year. According to Mark Epstein, Trump rode in his brother’s private plane “numerous times,” but added that he was only present on one flight.

“She was a tremendous social networker. She was very good with people and she worked her contacts with high profile people like President Trump all the time,” he added. “She was very manipulating and I think she got under his skin.”

Hoffenberg said Trump was struck by her “tremendous standing in the United Kingdom,” along with the accomplishments of her father Robert Maxwell, a media mogul and fraudster.

“There (were) many times that President Trump and the two of them — Ghislaine Maxwell or Jeffrey Epstein — had an opportunity to spend time together,” he said.

He added Trump’s first wife, Ivana, also developed a close relationship to Maxwell in the 1980s and 1990s.

Hoffenberg described Trump’s response to a question about Maxwell on Tuesday — saying he wished her well — as an “emotional reaction by the President” to someone he knew and respected for years.

‘That island was really a cesspool’

Trump has told reporters in recent years that he banned Epstein from his Mar-a-Lago estate, but has never explained why their friendship ended.

According to The Washington Post, their falling out was the result of being on opposite ends of a real estate deal.

In 2005, Florida law enforcement began investigating sexual misconduct with a minor by Epstein. And in 2008, Epstein struck a plea deal with federal prosecutors in Florida, which said they would not prosecute him for federal sex-trafficking charges and instead allow him to plead guilty to lesser state crimes.

In the years after Epstein pleaded guilty, Trump attempted to distance himself from his former friend and, at times, link him to his former Democratic rival, Hillary Clinton.

Months before announcing his presidential run, at the conservative conference known as CPAC in February 2015, Trump was asked by Fox News personality Sean Hannity for his thoughts on former President Bill Clinton.

Asked later by Bloomberg about Clinton and the alleged sexual abuse that took place on Epstein’s private Caribbean island, Little St James, Trump said, “That island was really a cesspool. There’s no question about it. Just ask Prince Andrew. He’ll tell you about it.”

In 2019, Bill Clinton’s office released a statement saying the former president was not close with Epstein, had not spoken with him in over a decade and knew nothing about Epstein’s alleged crimes. The statement also asserted that Clinton never traveled to Little St. James, Epstein’s New Mexico ranch or his residence in Florida.
Two years into office, Trump would still harken back to the Clinton-Epstein link, tweeting out a video which claimed without evidence that the Clintons were responsible for Epstein’s death.
Despite ample photographs and news reports of the two men together, Trump Organization lawyer Alan Garten would say in 2017 that Trump “had no relationship with Mr. Epstein and had no knowledge whatsoever of his conduct.”

And in July 2019, Trump told reporters he did not know about Epstein’s misconduct, adding, “I was not a fan of Jeffrey Epstein.”

“And you watched people yesterday saying that I threw him out of a club. I didn’t want anything to do with him. That was many, many years ago. It shows you one thing: that I have good taste. OK?” he remarked.

During his response Tuesday to the question about Maxwell, the President also distanced himself from Prince Andrew.

The prince has faced public pressure to explain his relationship with Epstein and one of his accusers, Virginia Roberts Giuffre. Giuffre has alleged that she was forced into sexual encounters with the prince while she was underage. The prince has denied having sexual contact with her.

Giuffre has also claimed that she was recruited by Maxwell to give Epstein massages while working as a locker room attendant at Trump’s Mar-a-Lago resort.

Trump claimed on Tuesday, “I don’t know the situation with Prince Andrew. Just don’t know. Not aware of it.”

In late 2019, Trump also claimed to not know Prince Andrew.
But there are a number of photographs of Trump alongside the Duke of York during his visit to the UK that same year. The prince was also photographed with Trump, Knauss, Epstein and Maxwell at a Mar-a-Lago party in 2000.

Throughout his time in office, Trump has worked closely with lawyers who were on both ends of Epstein’s legal battle in the mid-2000s — those who were charged with his prosecution and those who defended him as a client.

Former Labor Secretary Alex Acosta resigned from his role in the Trump administration in July 2019 after facing public pressure for his role in Epstein’s 2008 plea deal.
At the time, Epstein avoided a federal trial and served only 13 months in prison for state prostitution charges over his involvement with underage girls. A Miami Herald investigation published in 2018 described the plea deal, negotiated by Acosta, then the US attorney in Miami, as the “deal of a lifetime.”

Amid Acosta’s resignation in 2019, Trump continued to publicly praise the labor secretary, saying he would have been willing to have him remain on the job.

Later that fall, Trump would enlist Ken Starr and Alan Dershowitz to be his legal counsel during impeachment proceedings. Starr and Dershowitz previously represented Epstein in the mid-2000s case that ended with the plea deal.

Giuffre has alleged in a lawsuit that Dershowitz was a participant in Epstein’s sex trafficking operation, and that she had sex with Dershowitz as part of that operation. Giuffre has made similar allegations against Dershowitz in court filings in the past.

Dershowitz has repeatedly denied the allegations and has countersued Giuffre.

Despite Trump’s well wishes this week, Attorney William Barr has said that he was “very happy” the Justice Department was able to “get Miss Maxwell.”

“I was livid (about Epstein’s suicide), obviously. I believe very strongly in that case. And I was very proud of the work done by the department, the southern district, on that case,” Barr told ABC News earlier this month.

“And as you will recall, after he committed suicide, I said that I was confident that we would continue to pursue this case vigorously and pursue anyone who’s complicit in it. And so, I’m very happy that we were able to get Miss Maxwell,” the attorney general continued.

“That’s why the Southern District (of New York) has been making efforts to communicate and to arrange an interview with him,” he added. 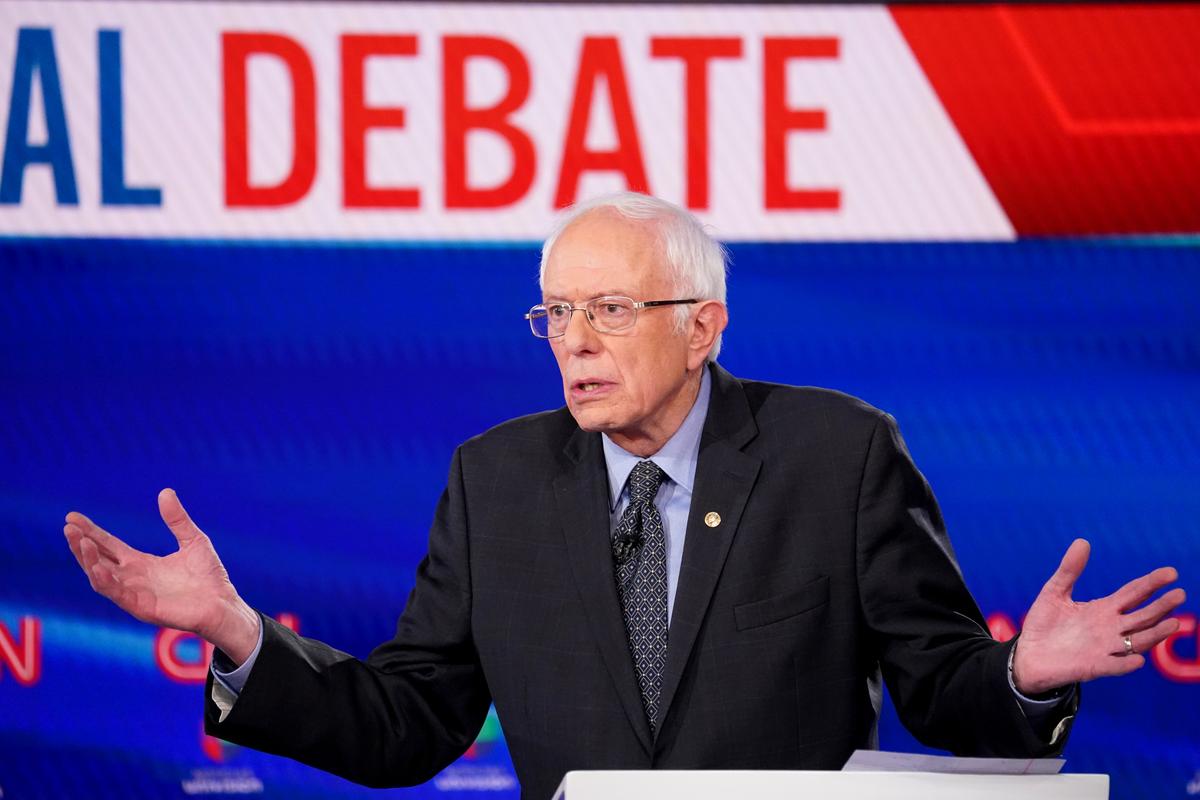 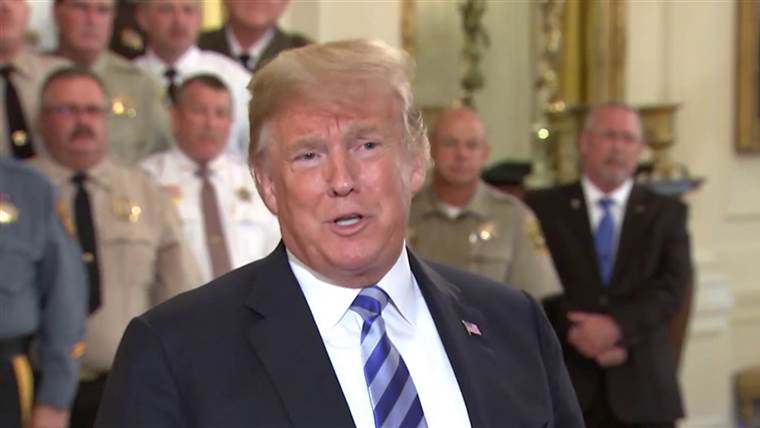 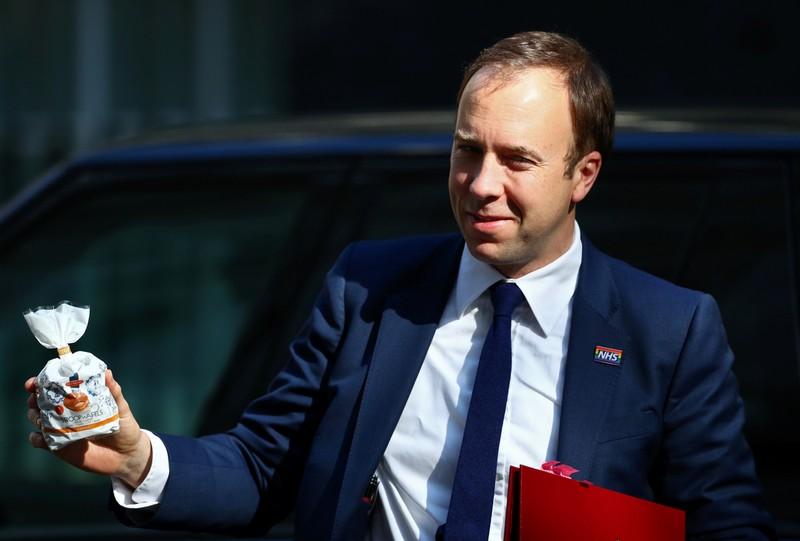 Britain’s Secretary of State for Health Matt Hancock is seen outside Downing Street, as uncertainty over Brexit continues, in London, Britain May […]