Asked about the possibility of stricter face mask regulations throughout the state, DeSantis said face coverings have been advised since the state’s first phase of reopening.

“When you’re living your life and trying to open up the country, you are going to come into contact with people, and for that reason, we know that masks are really important, and we should be using them everywhere,” he said.

Florida’s numbers are trending in an alarming direction, experts say. In Miami-Dade County, intensive care units are at about 127% capacity, with 398 beds for 507 patients, but the county has the ability to convert more than 1,200 beds, according to the Agency for Health Care Administration. In the past two weeks, Miami-Dade has seen a 40% increase in the number of coronavirus patients being hospitalized and a roughly 64% increase in the use of ventilators, according to county data.

Of the state’s 9,351 hospitalizations, more than a third are in Miami-Dade and neighboring Broward counties, the AHCA said.

“Fifteen nurses in the ICUs alone called in sick today, just at Jackson Main,” she told the affiliate. “They’re exhausted. They’ve been doing this since March.”

Florida now has more than 350,000 cases and 4,982 deaths, state data shows. Other hot spots include Arizona, which reported record deaths Saturday, and Louisiana, where statewide community spread — rather than the nursing homes blamed for early spikes — is making Covid-19 “more rampant” than it has ever been Gov. Bel Edwards tweeted.

On the opposite end of the spectrum, Vermont has gone a month without a coronavirus-related death, its tally remaining static at 56 since June 19.

Florida is a microcosm of the United States, which is setting a series of harrowing milestones, beating its own daily record of new coronavirus cases at least nine times in a month.
On Thursday, the country reported its latest single-day record with at least 77,255 new cases, according to Johns Hopkins University data. The second highest number was reported a day later: 71,558. Saturday’s number: 63,698.
A month earlier, as most states were deep into their reopening plans, the country reported more than 23,700 cases of the virus. After what some saw as hopeful dips in cases, states across the South and other parts of the country warned of an increase in young people testing positive. Images emerged of crowded beaches and parties, despite experts cautioning Americans to stay home when possible.
In recent weeks, hospitals have reached capacity. At least 27 US states have halted or rolled back their reopening plans to slow the spread of the virus. Estimates from US Centers for Disease Control and Prevention say at least 40% of people who get the virus could show no symptoms, meaning thousands of Americans could be unknowingly infecting others.
Now, officials point to gatherings and crowded bars as some of the major drivers of the surge. To prevent further spikes, parts of the country — including Arizona, California and Texas — have closed bars back down. Local leaders have begun pushing schools to remote instruction in the fall, after outcries from terrified parents and educators. Across the country, more mask requirements are going into effect, despite consistent backlash. Face masks, experts have said, are the most powerful weapon against the virus.
With the surge in cases, models are projecting more than 150,000 American deaths will be linked to the virus by August 8, according to an ensemble forecast published by the CDC. The previous forecast published July 9 projected roughly 147,000 deaths by August 1.
At least 140,255 Americans have died of the virus, according to Johns Hopkins University. There have been more than 3.7 million cases in the country.

In Texas, similar calls for help came from healthcare professionals as cases continue to climb across the state.

“At any given time if 1.5% of the population had Covid disease, that would fill every single adult hospital bed in the city, leaving no room for heart attacks and strokes and pregnant women who are having their babies and car accidents and everything else that continues to go on,” said Dr. David Persse, with the Houston Health Department, according to CNN affiliate KPRC.
Harris County, where Houston is located, has reported more than 54,800 cases of the virus.

Gov. Greg Abbott, who once pushed for one of the most aggressive reopenings, has in recent weeks advocated for the use of face masks to help businesses stay open.

Earlier this month, he issued an executive order requiring residents in counties with 20 or more active cases to wear face coverings in public. The order took effect July 3.

Texas isn’t the only state promoting the importance of wearing masks. Mississippi Gov. Tate Reeves issued a mask mandate in 13 of the state’s 82 counties and told CNN he would institute it statewide if he believed it would save lives.

Health agencies did not advise wearing masks at the beginning of the pandemic, and now they do, “so it’s a complicated process,” the governor said.

These are the states requiring face masks

“If we will do the little things,” Reeves said, “we can make a difference in slowing the spread of this virus. The best way to do that is to highlight those counties where it’s most needed.”

He noted that Los Angeles had a mask mandate and has more cases than Mississippi. The California city saw record single-day new cases and hospitalizations last week.

LA Mayor Eric Garcetti is “on the brink” of issuing another stay-at-home order, he said. Garcetti defended his leadership during the crisis, pointing to the city’s testing initiatives and mask mandate, but said many factors were beyond his control and took aim at the White House, citing “the lack of national leadership.”

In Ohio, Gov. Mike DeWine also stopped short of a statewide order, but the state has begun a campaign to encourage residents to wear masks. Covid-19 is spreading in bars, churches, casual settings and via out-of-towners, and he worries Ohio could follow Florida’s path, he told NBC’s “Meet the Press.” It’s important his constituents realize wearing a mask is about protecting everyone, he said.

“You wear the mask to protect your grandmother,” DeWine told NBC. “The orders are obviously important, but getting people to buy in and to understand — getting a 20-year-old to understand that he or she may feel invulnerable, nothing is going to happen to them, but they may get it. They may not know they have it. They may go home and see their grandmother. She may get it, and she may end up dying.”

While some states are resisting making masks mandatory for all residents, Arkansas Gov. Asa Hutchinson says he understands the sentiment but has no choice.

“Not something I wanted to do,” he told ABC, “but it’s something everyone can do to relieve pressure on hospitals, to give us a hope to bring down those cases.”

He added, “It’s not the first lever we pull, but it is one that when the data says it’s necessary, we do it.” 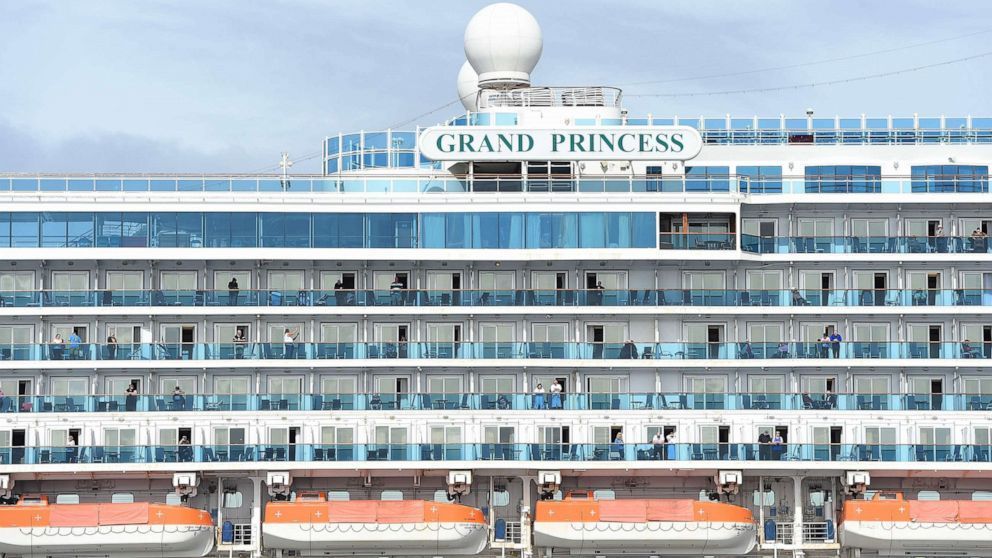 A global outbreak of the novel coronavirus has now infected more than 110,000 people, mostly in China. The newly identified virus, known […] 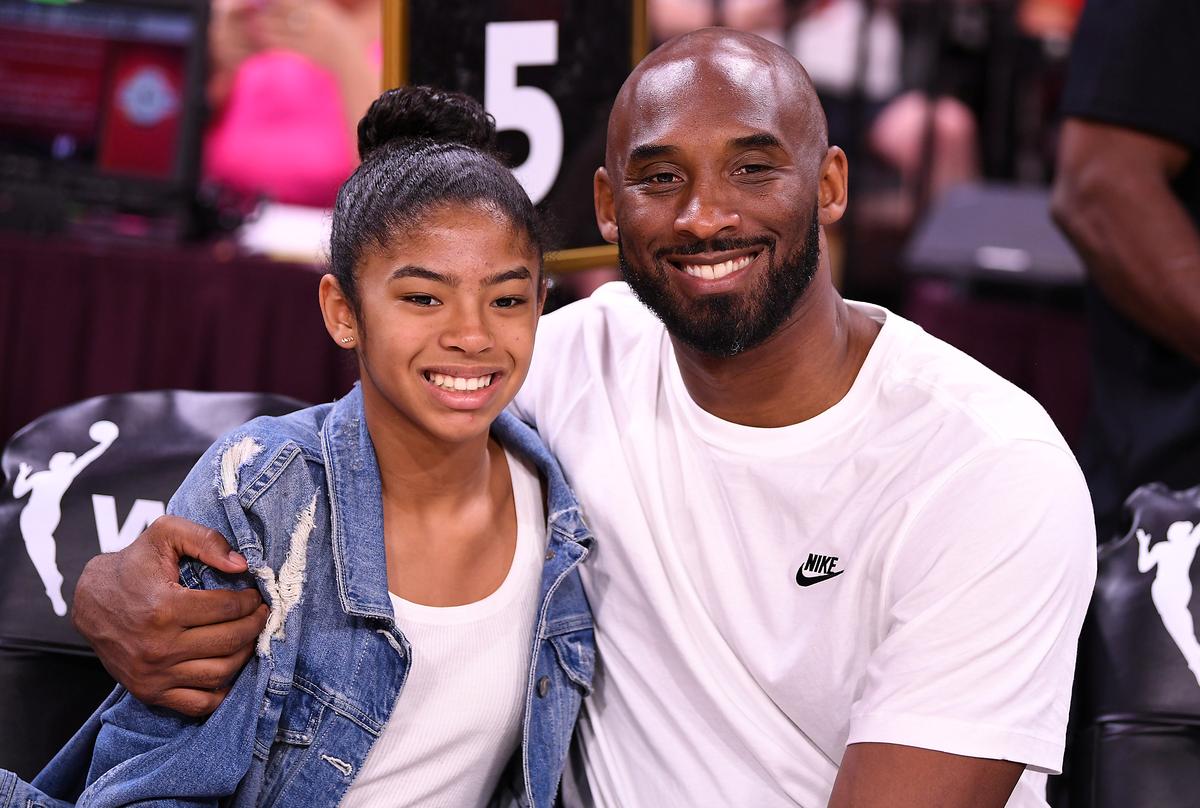 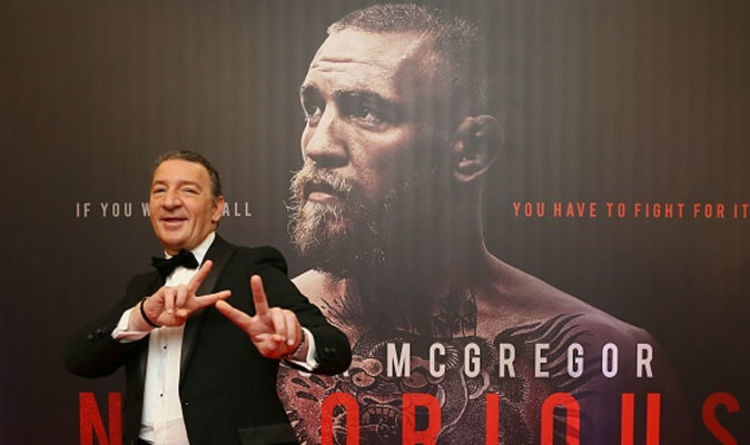 McGregor is currently preparing to fight Khabib Nurmagomedov later tonight and mocked his dad at a promotional event. McGregor’s father Tony made […]

Once constructed, the US Customs and Border Protection will decide which of the prototypes, if any, it wishes to use on the […]