The 38-year-old reality star showed off her incredible figure as she modeled a lingerie-style bikini in Malibu on Saturday.

Standing at the water’s edge, Joanna sizzled in the cut-out halterneck two-piece while being photographed by Malachi Banales. 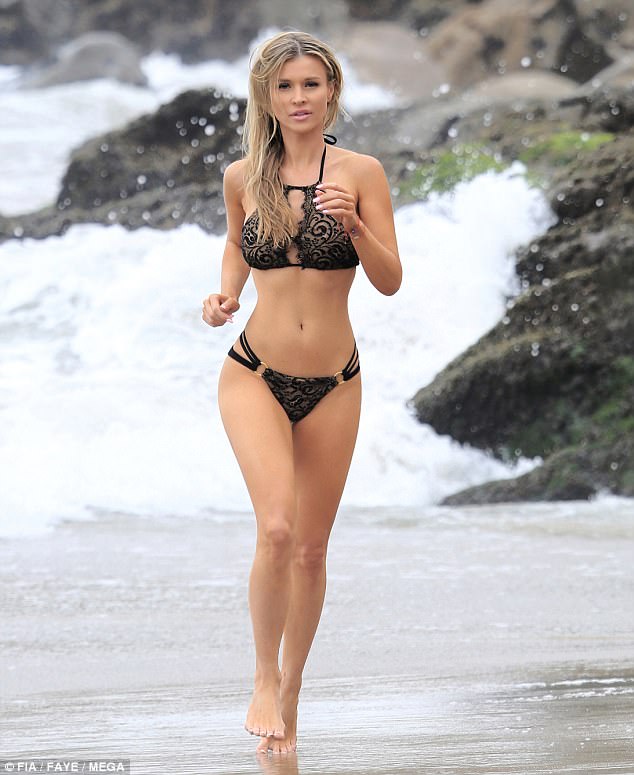 Incredible: Joanna Krupa simply sizzled during a beach photoshoot in Malibu on Saturday

It was a cloudy day in Los Angeles but the former Real Housewives of Miami star lit up the beach with her lithe sun-kissed physique.

The Polish-born beauty sported a black lace swimsuit with black strappy detail around the hips.

Her long locks were flowing loose around her shoulders and she showed off a baby pink hue on her pout.

Meanwhile, Joanna’s divorce from Romain Zago was finalized in August after they split in 2016. 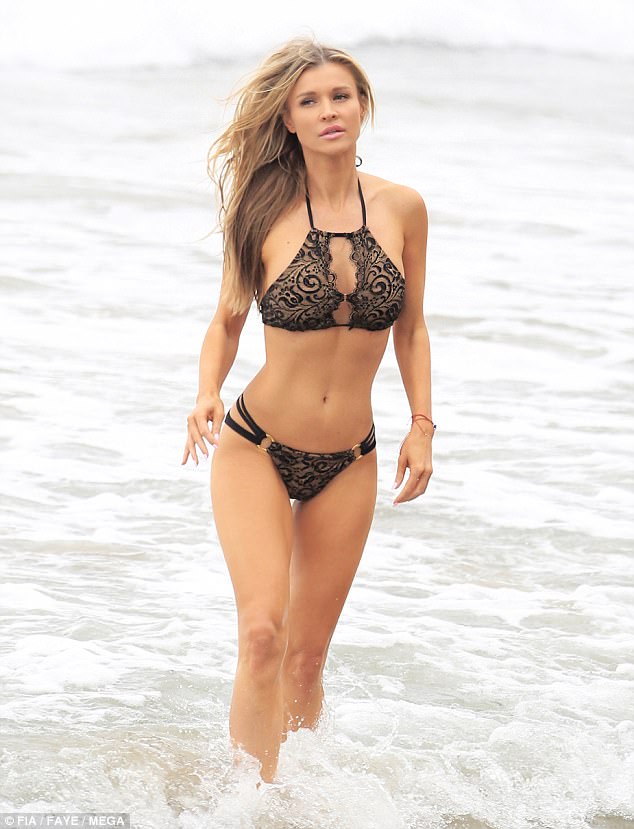 Beach babe: The 38-year-old reality star showed off her incredible figure as she modeled a lingerie-style bikini 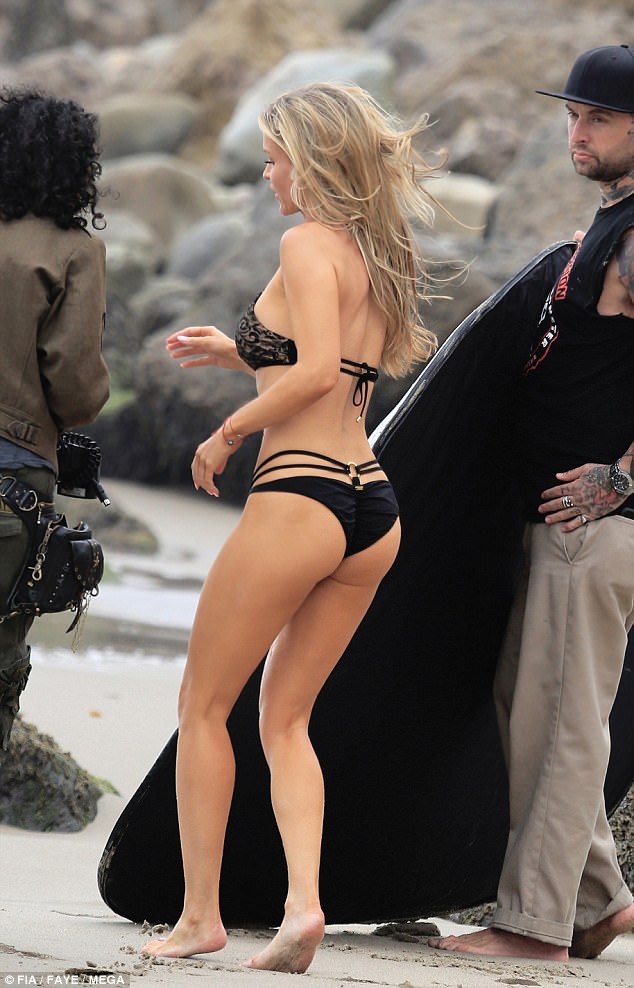 Just peachy: The former Real Housewives of Miami star showed off the strappy detail of her bikini bottoms

The model is in the process of offloading her high-rise Miami condo she shared with her ex but has been forced to slash the price to $2million, according to TMZ.

The star has lowered the price twice, previously listing the swanky 42nd story abode for $2.5million and then for $2.2million.

The 2,100-square-foot home – situated in the luxury Four Seasons Residences – features sweeping views of the downtown Miami skyline, with Biscayne Bay and the Atlantic Ocean seen above Bricknell Avenue. 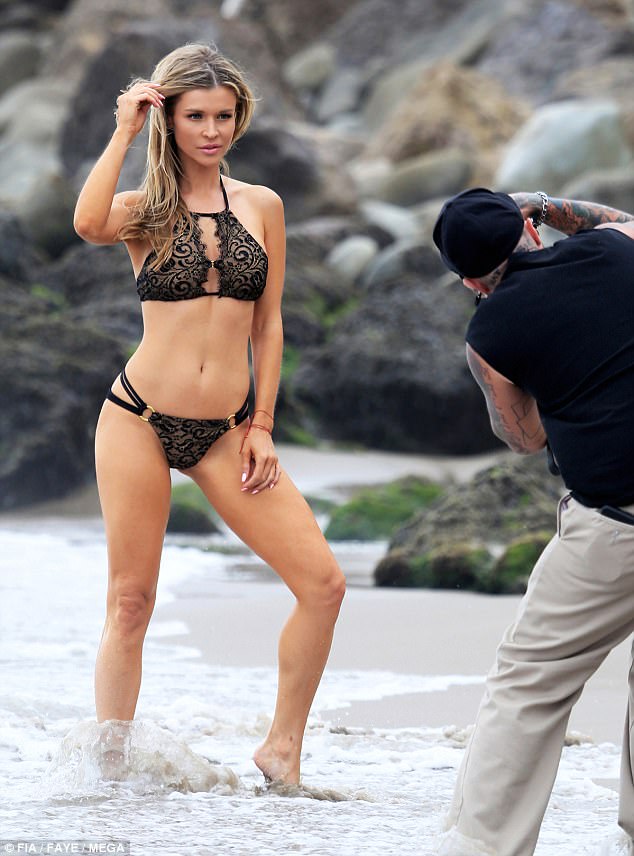 Strike a pose: Joanna looked amazing in the cut-out halterneck two-piece as she was photographed by Malachi Banales 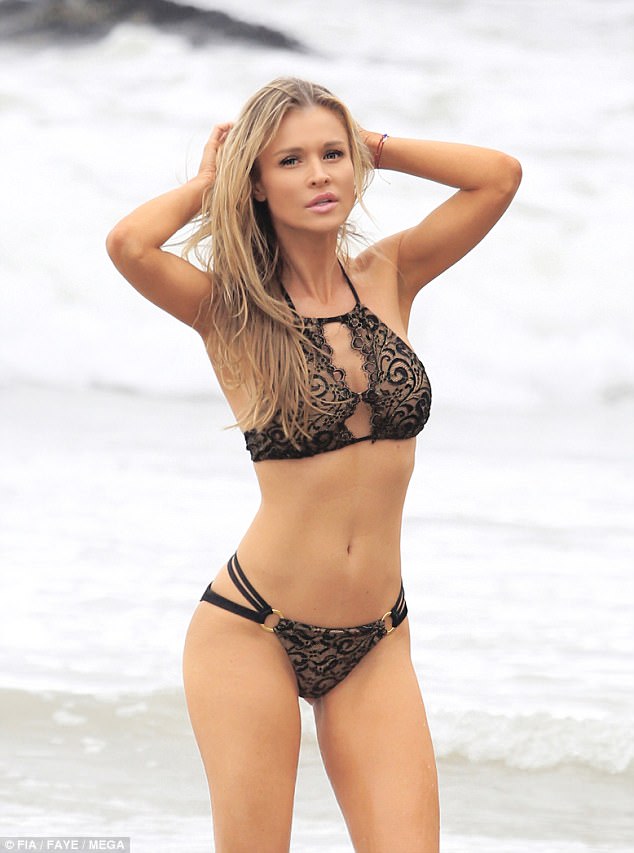 Joanna bought the unit with her nightclub-owning ex husband in 2013 for around $1.34 million.

The couple’s relationship was heavily documented in episodes of the hit reality television show, including their star-studded wedding in June 2013.

Joanna admitted to US Weekly in October that her relationship was difficult due to the couple living different lives on opposite coasts.

‘My ex-husband and I did the LA-Miami thing but I feel like it’s definitely healthier if two people are in one city. The bicoastal relationship was really tough and I think that really had a lot to do with why we’re not together right now.’ 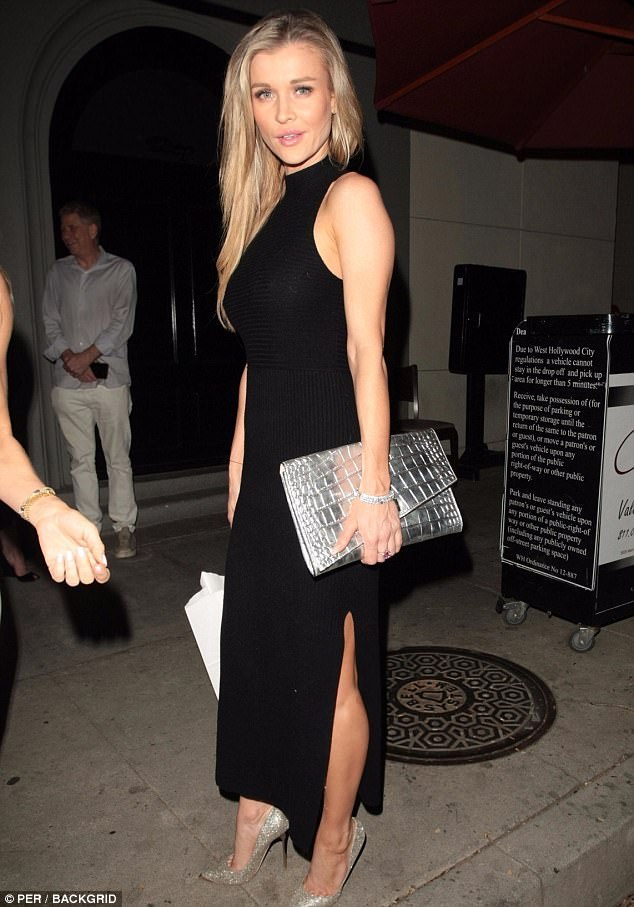 Night on the town! The stunner was spotted out in West Hollywood on Thursday 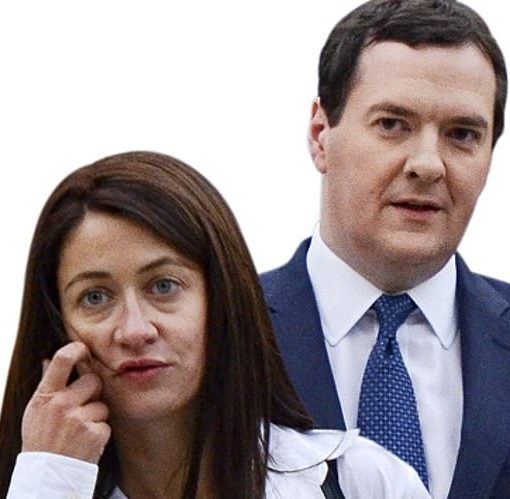 George Osborne has forged a lucrative career since leaving politics in the aftermath of the Brexit vote. The former chancellor edited the […] 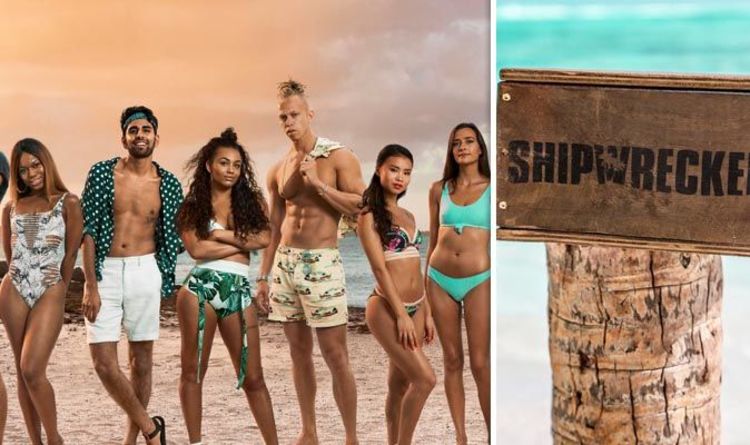 E4 reality series Shipwrecked has been given reboot for 2019. The reality castaway series is like Love Island meets Survivor and will […] 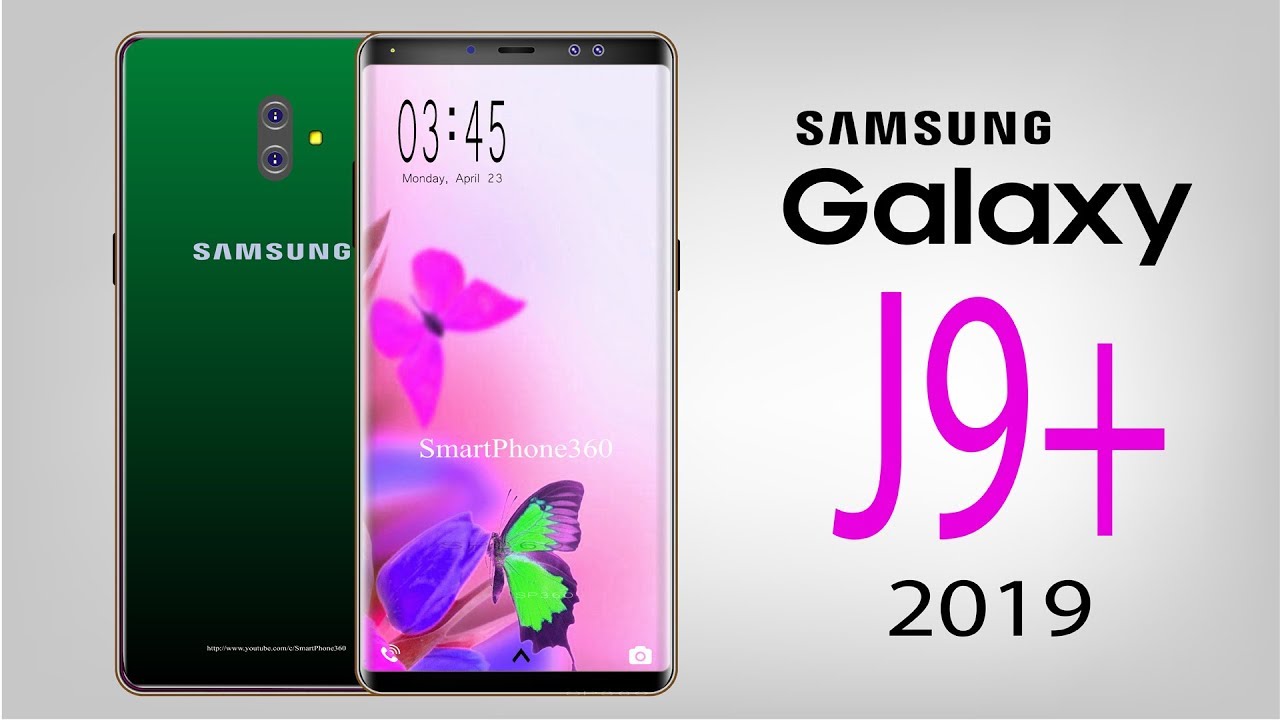